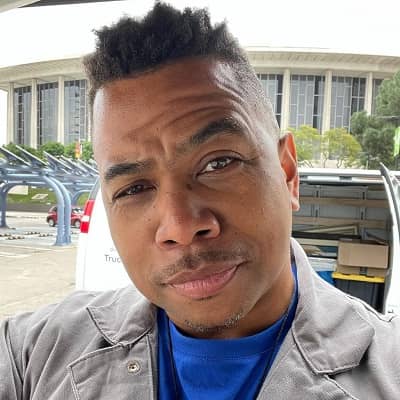 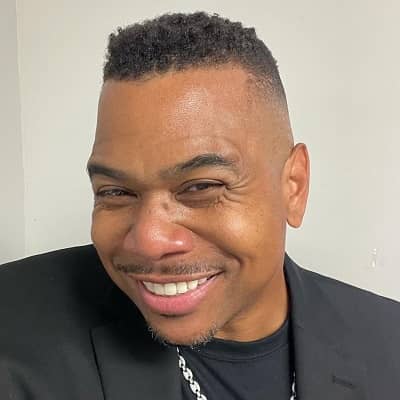 Omar Gooding is an actor, rapper, comedian, and voice artist from the United States of America. Moreover, Omar Gooding is known for his roles in films such as “The Ernest Green Story” and “The Gospel.” Omar is also known by his stage name, Big O.

Omar Miles Gooding aka Omar Gooding was born on 19th October 1976, in Los Angles, California, the United State of America. As of now, Omar is 45 years old and is a citizen of America. He has the zodiac sign of Libra. Talking about his parents, he is the son of  Cuba Gooding Sr and his mother’s name is Shirley Gooding. Omar’s father is the former lead singer for ‘The Main Ingredient’.

He has an elder brother whose name is Cuba Gooding Jr and is an Academy Award-winning actor. Again, his other siblings are Tommy Gooding (brother) who is a musician, and April Gooding (sister) who is an actress. Besides, there is no more information regarding his ethnicity.

Being born in musical and acting family background, Omar was attracted to the world of acting and music from childhood. Talking about his academic qualification, he completed his graduation from North Hollywood High School in 1994.

Talking about Omar’s professional career, he began his acting career in theatrical plays as a kid. He made his acting debut in 1990 with the film ‘Ghost Dad,’ which he debuted at the age of 14. Bill Cosby featured as ‘Elliot Hopper,’ and Omar played ‘Stuart,’ in the fantasy comedy picture. The picture was a critical and financial flop, and it was unable to recover its investment.

When he appeared on the show as one of the main characters in the comedy “Hangin’ with Mr. Cooper” in 1992, he earned his first major acting break. In the sitcom, he played ‘Earvin Rodman,’ a high school graduate and basketball star. For five seasons, he played the part. It was one of the most popular and successful sitcoms in the United States at the time. 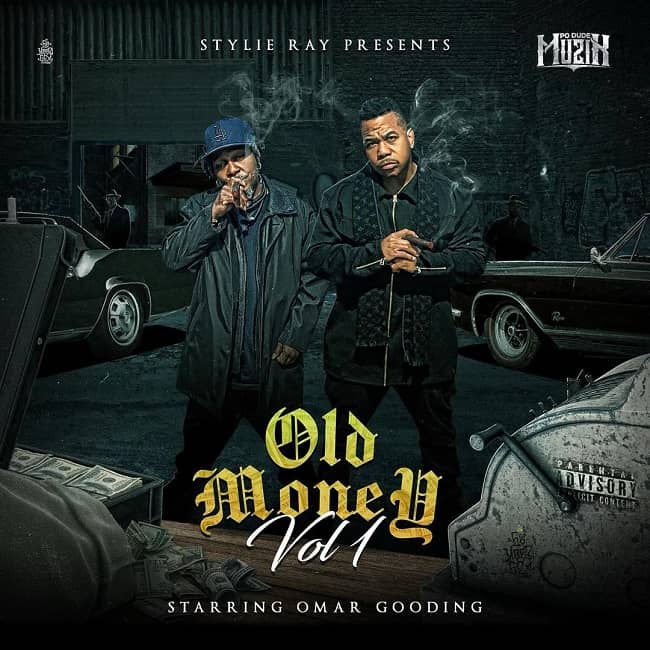 He played ‘Marcus’ in the made-for-TV film ‘The Ernest Green Story,’ which aired in 1993. Critics appreciated the film, which deals with racism. He appeared as one of the lead characters in the comedy show “Smart Guy” in 1997. In the episode, he took on the role of Morris L. “Mo” Tibbs. ‘T.J.,’ the show’s main character, had him as the closest buddy.

Tyrese Gibson appeared in the film, which was focused on the “hood” life in Los Angeles. ‘Sweetpea,’ the best friend of the main character, ‘Jody,’ was performed by Omar. Despite the film receiving positive reviews from critics it failed to perform well at the box office.

Omar made his acting debut in the 2003 television series ‘Playmakers,’ in which he played ‘Demetrius Harris,’ a rookie rugby player. The show received positive reviews but the makers did not renew the show for a second season. He made his acting debut in the drama film ‘The Gospel,’ starring Idris Elba, in the supporting role of ‘Wesley.’ The picture was a box office catastrophe, although critics had conflicting feelings about it.

He returned to screen acting in 2010 with the part of ‘Tuck Brody’ in the series ‘Miami Medical,’ after a long break. Moreover, he had a minor part in the medical drama TV series, which was terminated after one season. After that, He had a cameo appearance on ‘Grey’s Anatomy (as ‘Danny’). In 2012, he began starring in the comedy ‘Family Time’ as ‘Anthony “Tony” Stallworth.’ The show is still going strong, now in its sixth season.

As an actor, rapper, and comedian, Omar has received awards and got nominated on various platforms. Till now, he has won 2 awards and 5 nominations in his career. In 1992, he won the ‘Young Artist Awards for “Outstanding Hosts for a Youth Variety or Game Show”. In 2001, he won ‘Image Awards (NAACP)’ for “Baby Boy”. He also receives nominations for Best Youth Actor Recurring in a Television Series, Best Young Actor Supporting Role in a Motion Picture, Outstanding Actor in a Comedy Series, and many more.

Being a multi-talented person, he earns a decent amount of money. Talking about Omar’s net worth, he has an estimated around $2 million US dollars. Apart from that, there is no more further information regarding his other sources of income and salary. 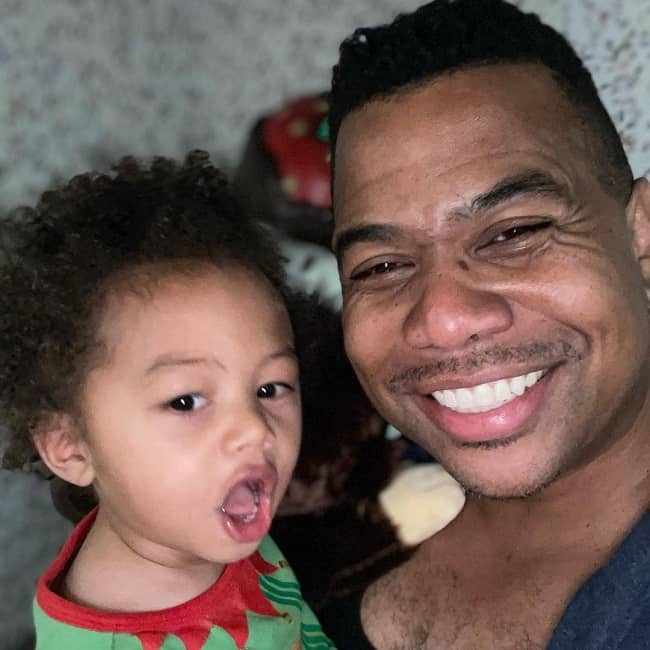 Omar is a married man. He married Mia Vogel. Talking about their kids, they have two sons Dari Gooding Jr who was born on 27 January 2017, and a baby on 21st November 2019. In past, he was in a relationship with Angell Conwell. But the relationship could not last long and the couple broke up in 2006.

As a public celebrity, he has been a part of rumors and controversy with his multiple relationships. Omar was having an alleged affair with Claudia Jordan who is also an American actress. Moreover, he has a son named Bradley Gooding from his past affair.

Talking about Omar’s body measurement, he is a tall guy with a height of 6 feet. Moreover, he has dark brown eyes and black color hair. Besides that, there is no more detailed information regarding his weight, shoe size, and dress size. 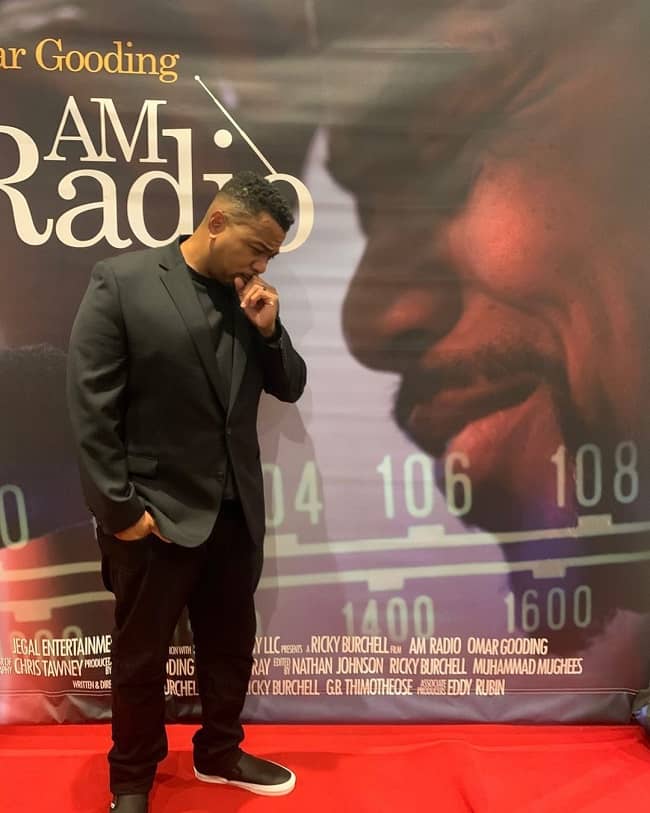