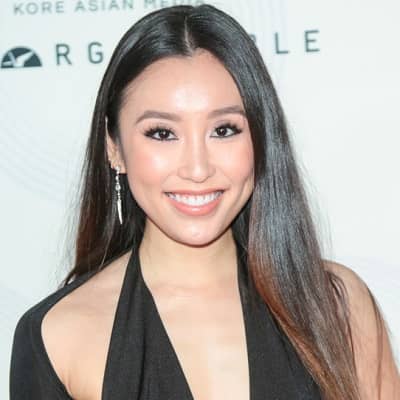 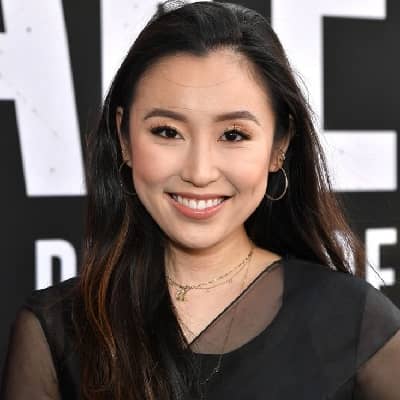 Olivia Sui is a Chinese-American social media sensation who was announced as a Smosh cast member in March of 2015. Olivia Sui has garnered more than 217K subscribers on her self-titled YouTube channel.

Olivia Sui is 28 years old. She was born on August 14, 1993, in China. Later, her family relocated to the United States when she was just two years old. Her mother’s name is Christine Zhu. But there is no information regarding her father’s name and other siblings. However, she seems to be a single child of her parents. Moreover, she belongs of Chinese-American nationality and Asian descent. Further, she might have completed her further higher studies but has never spoken about it. 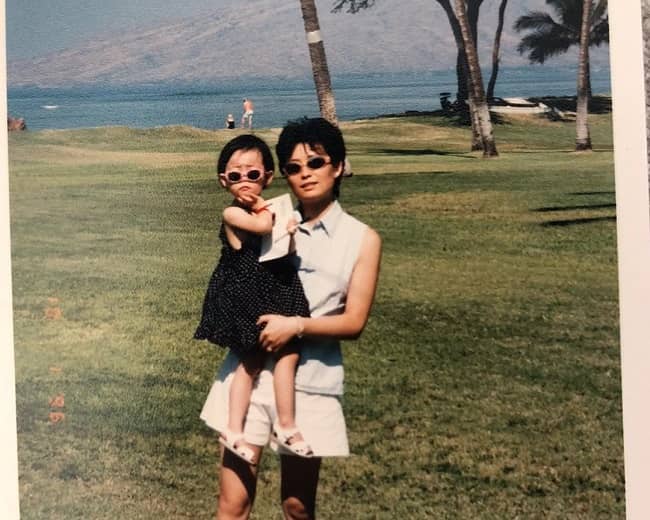 Caption: Olivia Sui is one of her childhood photos with her mother (Source: Instagram )

Professionally, Olivia Sui is more popular than Smosh Olivia. She is a Chinese-American actress and YouTuber who has appeared in several TV series. However, she named herself in the entertainment industry as a Smosh cast member. Simply Smosh is an American sketch comedy YouTube channel.

Moreover, she started pursuing ballet at the age of five and realized her love for both dancing and acting. Growing up, she also took part in several dance competitions in Southern California. She trained herself in acting and improvisation comedy. Likewise, she landed in roles in various TV series such as ‘Warzone’, and ‘SHFTY: Super Happy Fun Time, Yay!’ ‘Monk’, ‘Weeds’, ‘CSI: Crime Scene Investigation’, ‘Date Night Fails’, and ‘A Trivial Exclusion’ at the age of 13. Then, she moved to Los Angeles to pursue acting.

After appearing in several acting roles on digital media, she also portrayed in ‘Scream Queens’ and ‘Madden Rivals’. Similarly, she officially joined the Smosh squad as a member in March 2015 and became one of the co-hosts of Smosh’s ‘Seriously Super Stupid Sleepover’ alongside Courtney Miller. She became a permanent member of the 6-membered cast. Further, she is a regular character in several of Smosh’s series including ‘Winter Games 2017’, ‘The Big What If’, ‘Smosh Summer Games: Wild West’, ‘Smosh Babies’, and ‘Every BLANK.’

Later, in September 2017 she again teamed up with Courtney for ‘Whoa! Nature Show’. She alongside Courtney went out into nature, blended with animals, and tried to understand their habitat. She even continued working on sketches for the main Smosh channel at the same time. Currently, she is a major regular cast member of the Smosh squad while making occasional appearances in other series. She even appeared in the pilot episode of the series ‘Yappie’. She also appeared at the VidCon 2018 convention interacting with her fans.

As a regular Smosh member, she comes up with different sketches and performs them along with the other members. Likewise, her other acting credits include ‘Squad Vlogs and ‘Yappie’. After turning her acting roles to digital media, she made an appearance in ‘Scream Queens’ and ‘Madden Rivals’. 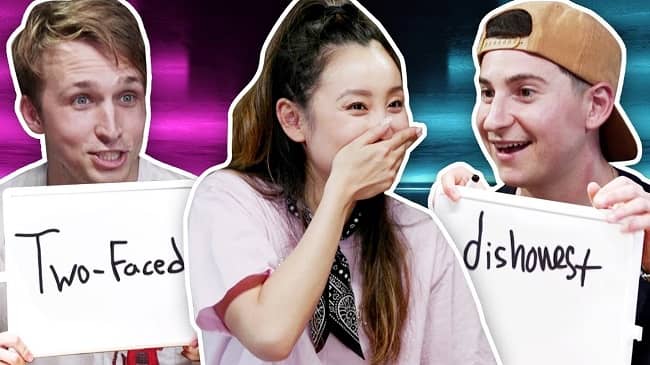 Side by side, she also joined Vine, a popular video-sharing app, and began posting her unique videos. Her humorous and weird sense of humor worked in her favor. She even interacted with strangers in these vines while walking around the city of Los Angeles. Such videos of her became famous, and she developed a large social media following. In Vine, she has collaborated with other social media personalities such as  Marcus Johns, Brandon Calvillo, and Josh Darnit. However, the vine app has already shut down currently.

Further, she also began focusing on digital content and chose to start her own YouTube channel on February 20, 2015. The channel currently has more than 217K subscribers with almost 3.8 million views. Her most popular videos include ‘WE TRY EVERYTHING ON THE DOLLAR MENU,’ ‘BAKING CHEESECAKE WITH COURTNEY MILLER!’ and ‘SPICY KOREAN NOODLE CHALLENGE AH!!!’.

Besides her acting career, Sui has also announced her jewelry line titled ‘LIV by Olivia Sui’. As a professionally trained dancer, she continues to dance and is currently associated with a non-profit organization. She even has her line of merchandise which sells on her website. On the other side, she is also active on Instagram, YouTube, and Twitter. Her Instagram account features snippets of her life and has over 661k followers.

Olivia Sui is a famous web personality, dancer, comedian, and actor who has surely collected a decent sum of money through her work. However, she has not disclosed her earnings, some online resources have estimated her earnings around $1 million-$5 million. Additionally, she earns through her other additional works, promotion, brand endorsements, etc.

Olivia Sui is currently in a romantic relationship and dating actor Sam Lerner. The duo lives in California and often shares their pictures posing weirdly on their Instagram handles. They look perfectly beautiful together and might be linked to the relation of marriage in the upcoming years. 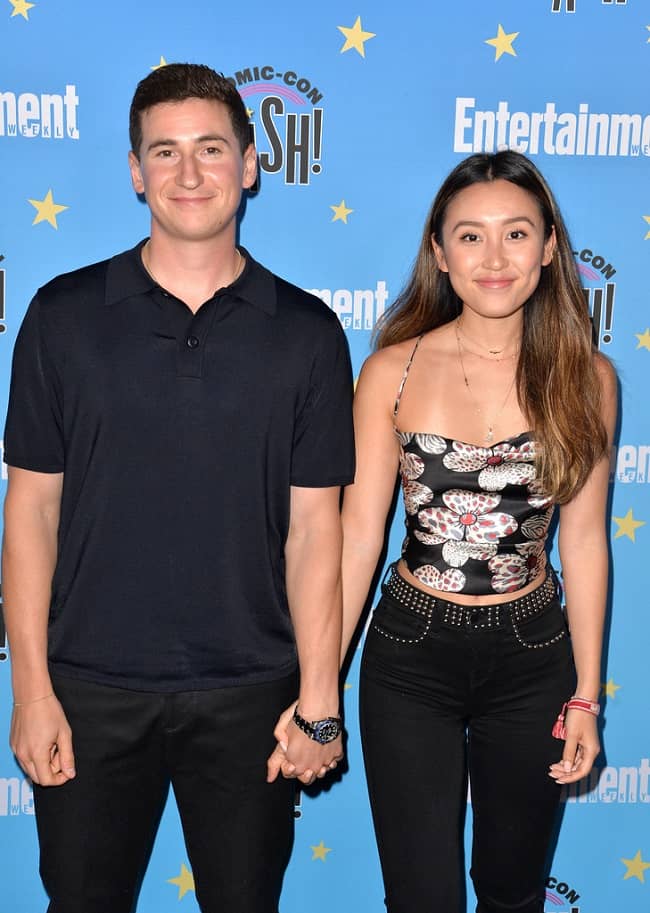 Talking about her previous relationship, she had dated James Law, a photographer, from 2013 to 2018. She frequently mentioned him in her social media feed and stories before they broke up in April 2018. Apart from that, her way of portraying herself in the social media world has attracted lots of people toward her. On a personal note, she is enthusiastic, passionate, generous, and confident.

Olivia Sui stands at a height of 5 feet 6 inches tall. Moreover, this 27-years-old, web personality, has not disclosed information about her weight, dress size, and shoe size. She has got a slim figure and to stay fit and healthy, this beauty follows some intensive workout routine at the gym and even eats a healthy and balanced diet.

Moreover, she is gifted with a beautiful face and a charming smile. She has dark brown eyes, and luscious dark-brown hair plays a vital role in completing her physical outlook.

Sui is active on different social media platforms. Likewise, she has gained more than 661k followers on her Instagram account, and 192.4K Followers on her Twitter account. Her YouTuber channel has currently amassed more than 217K subscribers.