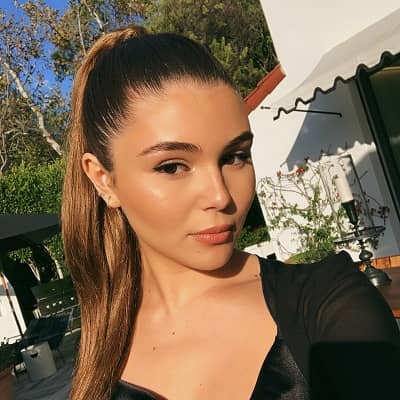 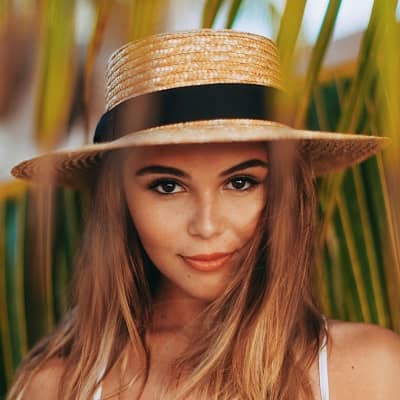 Olivia Jade caught up in US college admissions scandal

Daughter of famous celebs actress Lori Loughlin and fashion designer Mossimo Giannulli, Olivia gets into US college admissions scandals. Prosperous and Rich parents will, obviously, spare no cost to make sure their children can attend their dream school. Even though their dream school activity doesn’t really involve well.

Likewise, one of the lessons of the massive, nationwide college admissions scandal that has involved a number of popular and wealthy Americans, most notably: Hollywood actors Felicity Huffman and Lori Loughlin.

In 2018, Giannulli shared for a photo on an ergometer rowing machine according to an indictment by the United States Government. Later, they submitted the following photo as part of her application to the University of Southern California (USC). However, she had no interest in becoming one.

In this case, Olivia’s parents allegedly paid bribes totaling some $500,000 for their two daughters for getting enroll in University of Southern California as members of the rowing crew team. Despite the fact that neither had eternally rowed competitively “or otherwise participated in the crew”, according to charging documents.

One of their daughters, Olivia Giannulli is a celebrity in her own right. In one of her YouTube videos, she shared with followers a complete lack of interest in school and a desire to attend just for the games and parties. She even said:

“I don’t know how much of school I’m gonna attend,” Giannulli said in August. “But I do want the experience of, like, game days, partying … I don’t really care about school, as you guys all know.”

Later, she apologized for such comments after the extensive backlash, calling them “super ignorant and stupid”. After a month, Guannulli uploaded a “Get Ready With Me” video preparing for her first college party. Back in 2016, her parents were warned that her “academic qualifications were at or just below the ‘low end’ of USC’s admission standards” at the beginning of this process, according to the criminal complaint.

US Attorney Andrew Lelling said The system “is a zero-sum game,”  at a press conference announcing the charges early Tuesday. “For every student accepted through fraud, and honest, the genuinely-talented student was rejected.”

In addition to this, Loughlin and Giannelli paid the fake donation of $400,000 to facilitate the scam as “paid to a foundation to help underserved kids”. Later, her parents were among nearly 50 charged in the $25m scheme which involved families paying their way into elite schools including Yale, Georgetown, and Stanford, along with USC.

On December 2, 2019, she broke her silence on the scandal through a YouTube video titled “Hi Again.” Nonetheless, she did not address the scandal directly, speaking in the video that she had been legally prohibited from doing so. USC listed a hearing in March 2019 to decide if Giannulli should be distinguished as a “disruptive individual” as a result of a lifetime ban from the university.

In October of 2019, the USC Registrar affirmed that Olivia and her sister were no longer enrolled at the university. Due to student privacy laws, the university did not approve of the sisters were expelled.

Likewise, she doesn’t desire to describe her past days and about her educational history briefly. She normally stays away from some social media as she doesn’t want to posts about her past days. Moving toward her educational background, she graduated from Marymount High School in Los Angeles, California in 2018. Later, she enrolled at the University of Southern California. But later left the University. 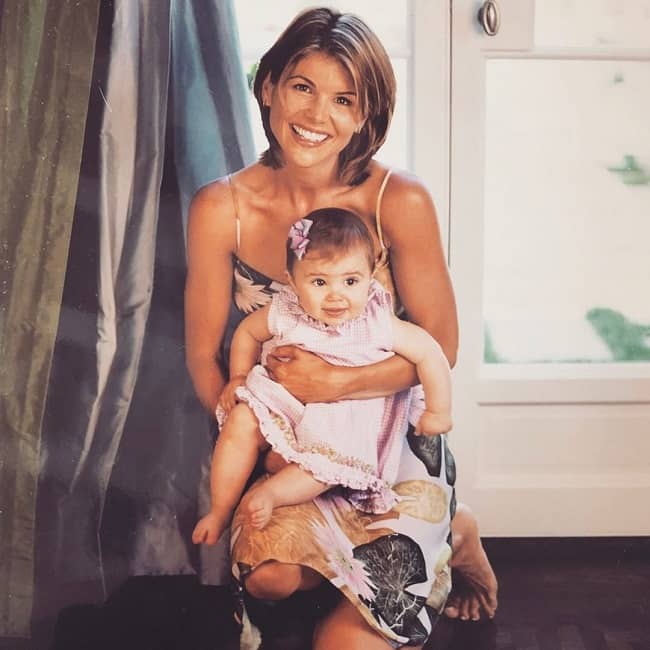 Caption: Olivia Jade on her childhood photo along with her mother (Source: Instagram)

Professionally, Olivia Jade is an American famous social media personality as well as YouTuber. She created her Instagram account in July 2013 and started uploading pictures of herself and her friends. After a year later, she started her self-titled YouTube Channel and began uploading videos related to a variety of topics such as personal Vlogs, makeup tutorials, beauty tips, and product reviews.

Similarly, she acknowledges her mother as a big inspiration in her life and also sometimes features her parents in some of her YouTube videos. Within the first year of her YouTube channel, she had gathered an appealing number of views marking it successful from the very beginning. On December 2, 2019, she shared a YouTube video titled “hi again,” which has gained more than 6 million views.

Likewise, some of her most adored makeup tutorials are ‘Get Ready with Me: Summery Day Out,’ ‘Easy Do-it-Yourself Prom Makeup Look,’ and ‘My MESSY BUN HAIR TUTORIAL: QUICK &EASY.’ are.  She has also collaborated with other fellow YouTube personalities including Natasha Bure. Natasha is a rising YouTube star with more than 100K subscribers on her self-titled YouTube channel. As of 2020, her main YouTube channel has roughly 300 videos and more than 1.89  million subscribers. 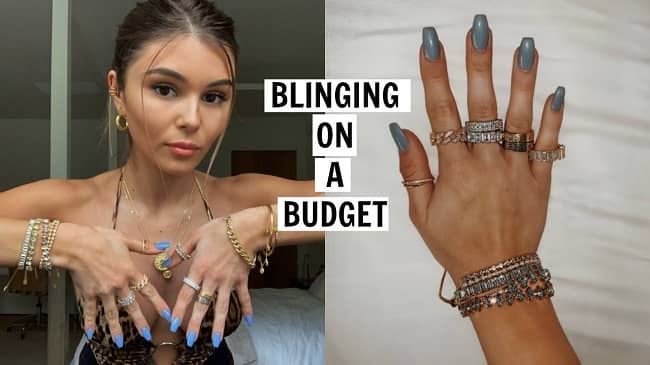 The constant appearance of her comedic personality and creativeness on her YouTube channel has with time made her quite famous on other social media platforms. As of 2020, Olivia Jade flaunts more than 1.2 million followers on her Instagram profile.

Following her success of the first channel, she also created a second channel titled ‘Olivia Jade Vlogs’ which she launched on 18th February 2015. Although she has remained quite inactive with only 5 videos on the channel. However, it has still managed to attract more than 85k total subscribers. Moreover, she has focused on talking about her everyday life and how she spends her leisure time on this channel.

Olivia jade is a famous YouTuber who has earned a decent sum of money through her social media fame. Her channel has attracted over 1.89 million subscribers and over 185 million cumulative views so far. Thus, she has generated around $800 per day ($ 300,000 a year) amount of revenue from the ads that appear on her videos.

Moreover, she even earns additionally through sponsorship deals from companies such as Prime Student, Too Fab Cosmetics, Smile Direct Club, and Sephora. Therefore, her estimated net worth is around $400,000.

Olivia Jade is a beautiful and attractive young lady. There is no doubt, she has been in the spotlight with most of her fans, especially in the male category inquiring about her dating life.

Reflecting on her relationship status, she is in a romantic relationship with Jackson Guthy. He is an American singer-songwriter. Likewise, she also shares their beautiful pictures on the occasion of Valentine’s day wishing him through Instagram caption ” happy Valentine’s Day ?,” as well. 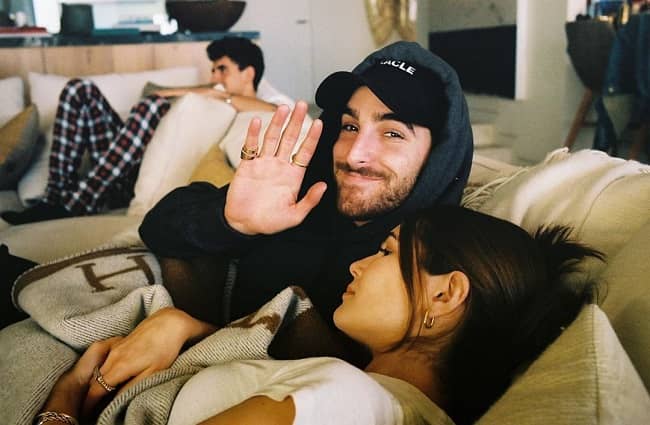 Moreover, talking about her past linkups, she had previously linked to Tyler Greenwald – a fellow Instagram star in 2015. He has also appeared in her Instagram photos and also featured in one of her YouTube videos with a ‘boyfriend’ tag.

Sadly, she revealed her breakup with Tyler in early 2018 which became a major disappointment to most of her fans. In an attempt to explain the breakup, she revealed that long-distance was just not working out for them. She even went on to reveal that after high school, Tyler had moved away to a distant college. However, she later deleted all their photos together and even removed the ‘Boyfriend Tag’ video from her YouTube channel.

Once, on August 14th, 2018, she also uploaded a video on her YouTube channel. She claimed had found a boy who she liked. Much to the displeasure of her fans, she refused to disclose further details about the mystery boy.

The 21-years-old, Olivia Jade is very beautiful and has an amazing personality, Observing Olivia’s body Statistics, she stands a height of 5 feet 4 inches and weighs around 55 Kg. Likewise, she has a pair of hazel eyes and dark brown hair color. Moreover, her body measures 34-24-35 inches.