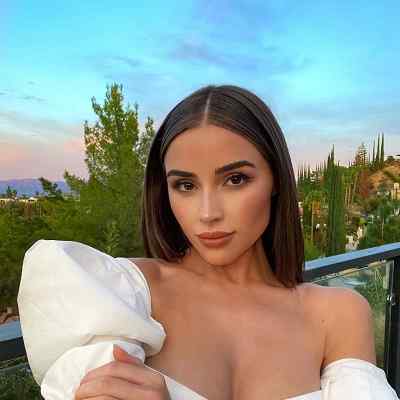 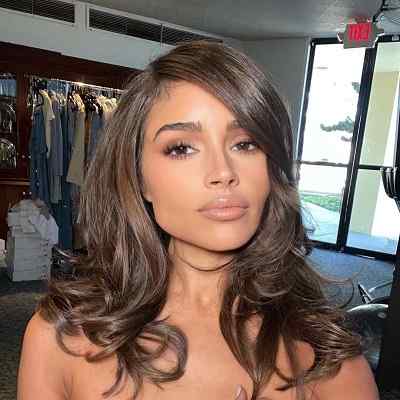 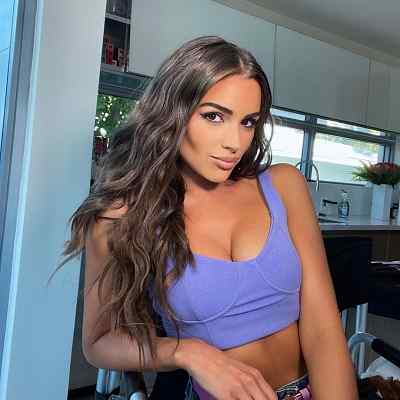 Olivia Culpo is an American Pageant Contestant. Olivia Culpo is a model as well as an actress who won both Miss USA 2012 and Miss Universe 2012. She even won Miss Rhode Island in the year 2012. Likewise, she appears in the E! series Model Squad.

Olivia Culpo was born in Cranston, Rhode Island, USA, on May 8, 1992. She is 29 years old and is under the astrological sign, Taurus. She holds American nationality. Her full name is Olivia Frances Culpo. Likewise, she is of Italian ethnicity and also has Irish roots from her mother.

Her father’s name is Peter Culpo and her mother’s name is Susan Culpo. Her father is a restaurateur. He is also a co-owner of several Boston businesses, including the “Parish Café” and “The Lower Depths Tap Room”. And, Susan her mother is Irish and has played viola in the Boston Symphony Orchestra. He has four siblings and their names are Pete, Aurora, Gus, and Sophie. She along with her siblings was raised in the Edgewood neighborhood of Cranston.

Regarding his educational background and qualification, she attended St. Mary Academy – Bay View. Later on, she enrolled at Boston University but didn’t graduate. Then, she started studying the cello in second grade. Culpo has an interest in music and that was influenced by her parents, who were musicians as well. 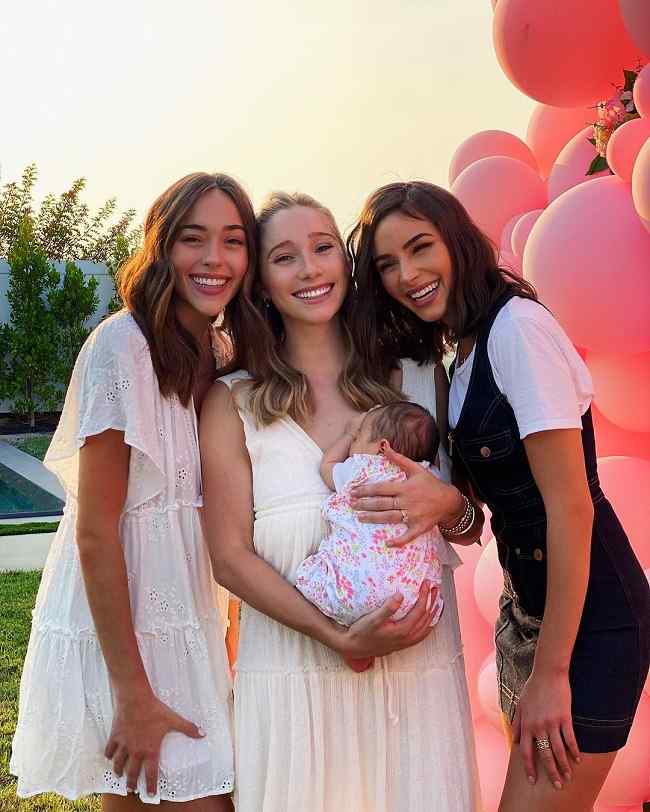 Olivia Culpo’s modeling career started in the year 2010. It was the time when she signed a contract with the Boston-based modeling agency ‘Maggie, Inc.’. She won the 2012 ‘Miss Rhode Island USA’ competition which was the first beauty pageant she had participated in. She even won the ‘Miss USA’ title on June 3, 2012. Then, he was qualified to represent the US at the ‘Miss Universe’ pageant. Likewise, Allan Fung, the Cranston mayor, honored her with a “key” to the city. He honored her in a homecoming celebration in honor of her ‘Miss USA’ pageant win on July 6, 2012.

Leila Lopes who was the previous year’s titleholder crowned her  “Miss Universe 2012” in December 2012, in Las Vegas. Moreover, she is the eighth ‘Miss USA’ and the first Rhode Islander to win the title. In January of the year 2013, she visited Indonesia. And, she traveled to Yogyakarta, Surabaya, Bali, and Jakarta as part of her tour. She also hosted a conference to address young Indonesians on the prevention of HIV. The ‘United Nations Population Fund’ organized this conference. And, she was accompanied on stage by Whulandary Herman, the “Puteri Indonesia 2013”.

She is a spokesperson for efforts against breast and ovarian cancer. She works in collaboration with organizations such as the ‘Susan G. Komen for the Cure’ which is the largest breast cancer organization in the states. And, in the same year, she also walked the runway for designer Sherri Hill at the ‘Trump Tower’. The runaway was in New York City. After that, her destination was India. She did a photo shoot at the Taj Mahal but the shoot dragged her into a major controversy.

She made her film debut with the 2014 comedy “The Other Woman”. She was also featured in the music videos ‘Jealous’ by Nick Jonas and ‘Amor’ by Emin Agalarov. She next appeared as “Gretchen” in the 2017 supernatural musical thriller film “American Satan”. Likewise, she made a guest appearance on the reality show ‘Hell’s Kitchen’ in the year 2018. In the same year, she also appeared in the ‘E!’ documentary series ‘Model Squad’.

Moreover, she appeared as “Hope” in the comedy “I Feel Pretty” and as ‘Christina’ in the action–thriller ‘Reprisal’. She was also seen as ‘Kate’ in ‘Tired Lungs”. She was featured in the 2018 and 2019 editions of the “Sports Illustrated Swimsuit Issue”. She has worked in campaigns for brands such as ‘L’Oréal’ and ‘Kipling’. Likewise, she ventured into entrepreneurship in the year 2017. She teamed up along with her father to start ‘Back 40’. It is a country-style, all-American cuisine restaurant in her home state of Rhode Island.

Furthermore, the name ‘Back 40’ represents the restaurant’s location. It is an estate behind a farm in North Kingstown, south of Providence, and near Cranston. She and her father are silent financiers of ‘Back 40. And, the venture is primarily run by her cousin Joshua Culpo and a partner whose name is Justin Dalton-Ameen. She unveiled her clothing line, which she had designed in collaboration with “Marled by Reunited Clothing” in the year 2018. 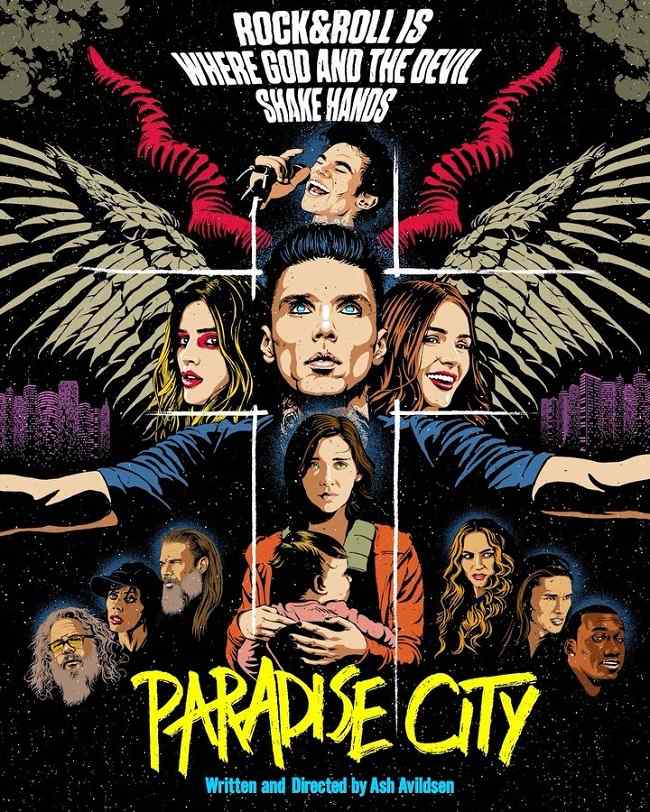 Olivia Culpo became part of the controversy soon after being the “Miss Universe”. Many people questioned her victory. And a lot of them claimed it was pre-decided by the then-pageant owner, Donald Trump. Due to this controversy, she withdrew from judging the 2015 ‘Miss USA’ pageant.

Likewise, in the year 2013, the ‘Archaeological Survey of India’ (ASI) filed a complaint against her. They also filed a complaint against the ‘Miss Universe’ officials for violating India’s “Heritage Act”. She had reportedly done a promotional photoshoot in front of the Taj Mahal. But, India’s “Supreme Court” strictly bans any commercial or advertising activity on Taj’s premises. Later on, the ‘Miss Universe’ committee, on behalf of her, apologized to the body. And said that the act was not intentional.

Furthermore, the popular ‘Instagram’ account ‘Diet Prada’ trolled her for promoting a dress under her fashion line. Apparently, the dress was a rip-off of an outfit from another brand. The interesting fact is that she had worn the same outfit at an event in Ibiza in the year 2018.

Furthermore, during the summer of 2019, she began dating another football player, Christian McCaffrey. They are still together and seem to be very happy with each other. Also, Olivia has shared a lot of pictures with her boyfriend on her social accounts. 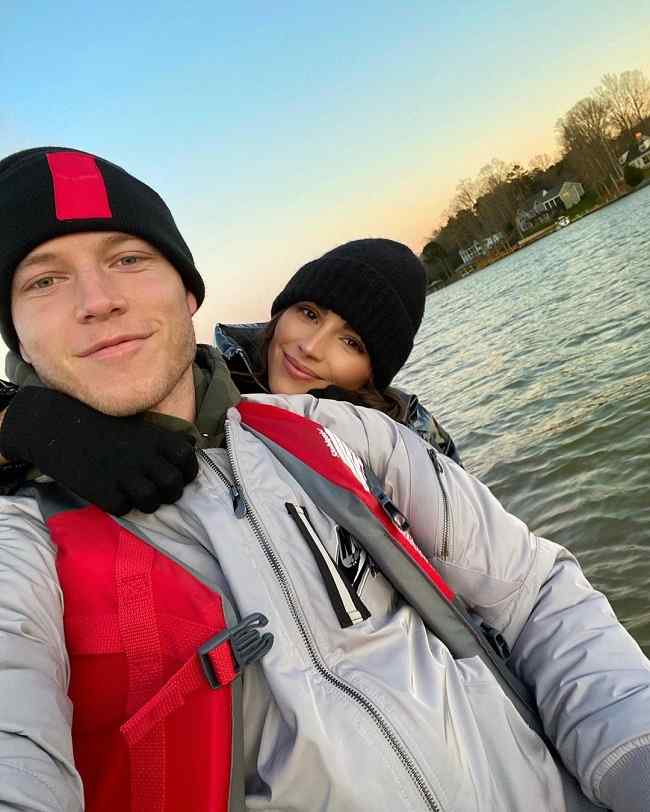 She has a height of 5 feet 7 inches and her weight is 50 Kg. Likewise, her other body measurements such as her chest size, waist size, and her hip size, are 34-24-35 inches respectively. Moreover, Olivia has brown hair and brown eyes.

Olivia Culpo is pretty active on all of her social accounts. She owns an Instagram account under the name “oliviaculpo” and has shared 4046 posts until now on her Instagram page. And, she has 4.7 million followers on it. Likewise, Olivia is active on Twitter as well and has 227.7K followers on it now. She also owns a Youtube as well as a Facebook account and has 79.3K and 2.1 million followers respectively.

According to dreshare, she has a net worth of $500K. And Culpo’s main income source is her career of being a model, actress, and winning pageant contestant.