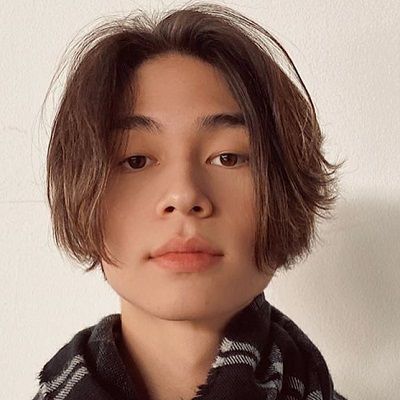 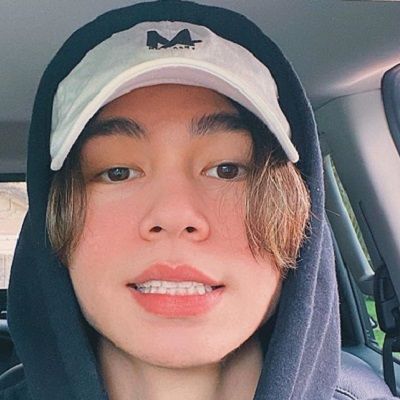 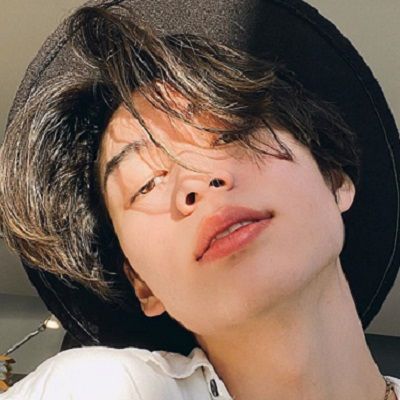 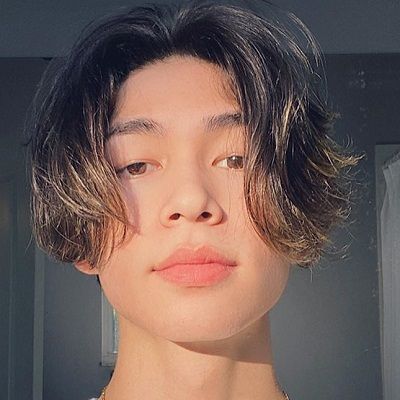 Oliver Moy is an American social media personality who rose to fame from TikTok and Instagram. Oliver Moy also appears on ‘TheMoyBoys’ Tik Tok channel with his brother. He has grabbed attention on other social media platforms like ‘Instagram,’ ‘Snapchat,’ and ‘Twitter.’

Oliver Moy was born on March 7, 2001, in Florida, USA. He turns 20 years old as of 2021. His zodiac sign is Pisces. He is American by nationality. Further, he has four brothers named Mateo, Sebastian, Alex, and Nick. His brother Sebastian works as a model too. Mateo and Sebastian were featured in a “MESSY Sibling Tag (Tattoo Edition!!)” YouTube video.

His mother’s name is Natalia and there is no information about his father. His parents have always been encouraging toward his projects. They support Oliver in all his career decisions. His parents motivate him to bring about changes in society. Furthermore, as per his education, he might be attending high school. 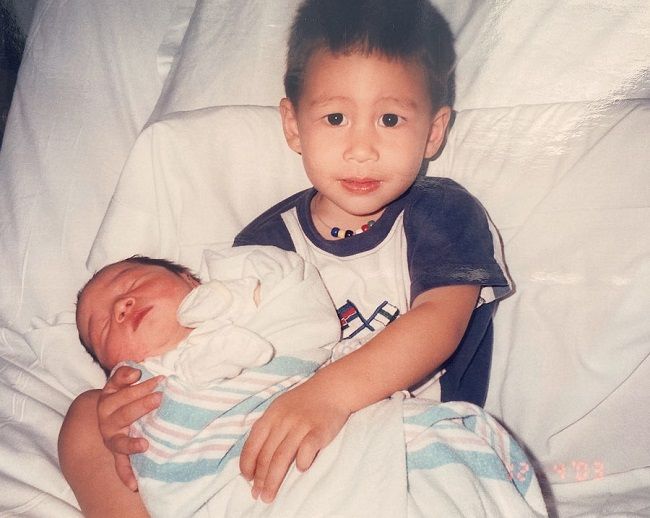 Oliver was interested in Photography and Filmmaking and with time, he became more proficient in photography and felt the need to showcase his talent. Oliver’s initial taste of social media was on Instagram, where he posted his first picture in November of 2015. Then, his photographs started grabbing a lot of attention. And his Instagram posts are supremely amazing and prove Oliver’s potential to be a professional photographer and model in the future.

Further, Oliver next chose ‘TikTok’ to display his video-making skills. His lip-sync videos on the application looked promising and helped him earn over thousands of fans. He has also a self-titled YouTube channel where he posted challenges and pranks, as well as a range of other videos. He once blogged about his near-death experience while trying to trespass on government property. In one of his storytime videos, he shared the experience of being physically assaulted by a hater while shopping at a grocery store.

Moreover, he posted a picture alongside, Shawn Mendes to Instagram in February 2018. Oliver was a member of an influencers tour called ‘Socials Tour’ in 2019 alongside Zoe LaVerne and Cody Orlove, amongst others. Looking at his Instagram posts, it seems like he sings pretty well and often performs on the stages. 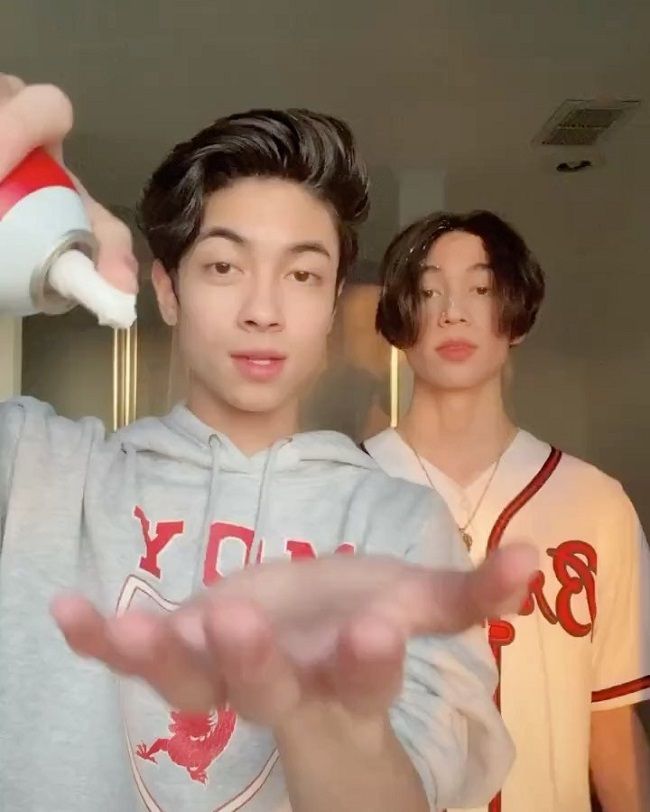 Caption: Oliver Moy and his brother while making a TikTok video. Source: Instagram

Oliver owns a merchandise website named ‘My Furry Kid.’ The website stemmed from an initial idea of selling pet-friendly and humane alternatives to accessories such as dog collars. The idea was conceived by his parents and inspired Oliver to create a website where he could sell merchandise and donate to various charitable organizations.

The website is an endeavor to fight against animal abuse. Furthermore, it offers its consumers a choice between the panda theme and the monkey theme. A part of the sales proceeds is donated to various non-profit organizations working for the welfare of animals.

Oliver might accumulate an excellent amount of earning out of his social media accounts. Well, he might have earned many fans and a healthy amount through his videos on YouTube and TikTok as well. However, he hasn’t revealed his financial status to the media yet. Though, according to sources, his estimated net worth is around $500K his salary is around $1.9K – $30K.

Oliver considers himself a sensitive guy. He is very kind toward animals and wishes to do something for them in the future. And being a lover of photography, Oliver spends most of his time clicking photographs, creating videos, and editing them. According to sources, he began dating Tessa Bear in 2018. However, he has not involved in any kind of rumors and controversies. He has maintained a good profile.

Some interesting facts about him

Furthermore, Oliver has a list of qualities that he wants in his future girlfriend. For him, intelligence holds more importance than looks. He wants a mature and understanding girl and appreciates transparency in communication. According to him, communication is the solution to all the problems in a relationship. He dislikes girls who try to act cute or innocent and prefers straightforward and direct communication over cheesy pick-up lines. Moreover, Oliver cannot tolerate ignorance.

Oliver is an animal lover and wishes to own different pets in the future. He has stated that if he ever owns a pig, he would name it ‘Zachary.’ His favorite food is cereal. Oliver’s favorite “Instagrammers” is Gabriel Mathis and Conner Dennis. Moreover, he would love to go to Paris someday and capture the overwhelming beauty of the city.

Oliver has an attractive and amazing personality. He stands tall with a height of 5 feet 9 inches and weighs around 65 Kgs. He has a slim body structure. Further, he has brown hair and eyes of the same color. He has not shared any more details regarding his body stats. 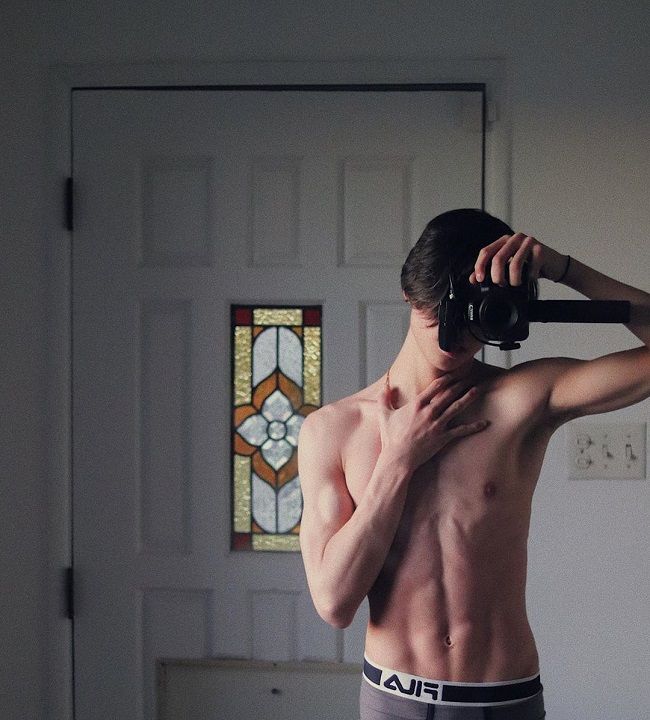 Similarly, he is also available on TikTok under the username ‘@olivermoy’ with more than 7.8 million followers and 314.4 million likes. Oliver has gained over 24.8K followers on Twitter. He is also active on Snapchat under ‘OliMoy’. His self-titled YouTube channel has earned more than 285K subscribers.