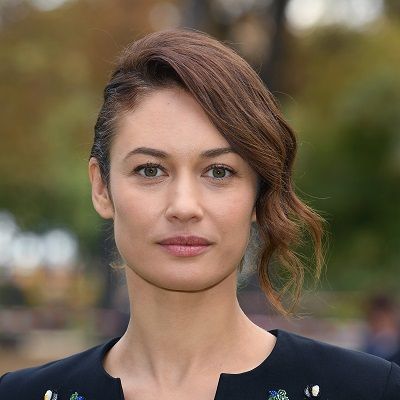 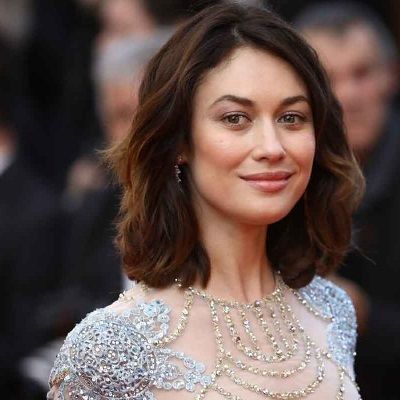 Olga Kurylenko is a French actress and model born in Berdiansk, Ukraine. Olga Kurylenko tested positive for the global pandemic COVID-19, a.k.a. Corona Virus and she shared the news on 15 March 2020. She updated that she has fully recovered as of 22 March, Sunday.

The James Bond actress Olga Kurylenko shared the news a week ago on 15 March 2020. She shared that she went for Corona testing and the result came out POSITIVE! Writing in detail about her symptoms regarding the global pandemic COVID19, she wrote on Instagram:

“Locked up at home after having tested positive for Coronavirus. I’ve actually been ill for almost a week now. Fever and fatigue are my main symptoms. Take care of yourself and do take this seriously!”

She kept on updating about her health condition through a series of posts throughout the week. On 16 March, clarified why she wasn’t in hospital after testing positive. She described how she got tested and where she went for the test. As per her Instagram post, she called the ambulance because her fever was over 39 and she tested at the hospital where the ambulance took her. Her temperature for a week stable 38 but it sometimes up to 38.5.

In her next post, she updated about where she is currently staying and also about her current condition. On Wednesday 18 March, her fever was gone. When she tested positive for the Corona Virus, the doctors didn’t prescribe any treatments. They only told her to take paracetamol in case of high fever and pain. However, to keep her health boosted, she regularly takes vitamins and supplements. Although Vitamins do not cure Coronavirus, it helps the immune system be stronger in order to fight. 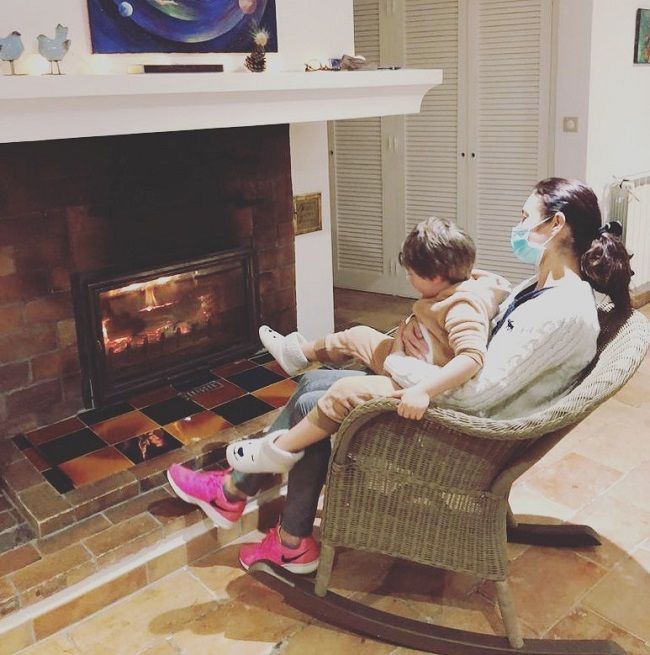 Caption: Olga Kurylenko with her son while recovering from COVID 19. Source: Instagram

Aside from the above-mentioned medicines and supplements, she also takes colloidal silver but she warned her fans about taking it as some websites have warnings that not everyone can take it. She suggested checking it thoroughly in case it invites health complications. Likewise, She also takes Cell Food but again she suggests people check websites online about it to avoid health complications.

She shared her latest Instagram post regarding her journey with Corona Virus on Sunday, 22 March 2020. Moreover, She updated the public that she has completely recovered. She recounted her journey in brief and wrote:

“For one week I felt pretty bad and was mostly in bed, sleeping, with high fever and strong headache. The second week, the fever was gone but some light cough appeared and I felt very tired. By the end of the second week, I felt totally fine. Cough is almost gone although I still cough in the mornings, but then it completely goes away for the day! I’m fine! And now I’m just enjoying this time to reflect on many things and spend my time with my son. ?”

Olga Kurylenko was born on 14 November 1979 in Berdiansk, Ukraine, which was then called Ukrainian SSR. She is a Ukrainian-born French actress as well as a model. Her parents are father Konstantin and mother Marina Alyabusheva. His father is a Ukrainian whereas her mother was born in Oblast, Russia having Russian and Belarusian ancestry. Moreover, her mother teaches art and she is an exhibited artist.

This tells us that his ethnicity is that of a Ukrainian-Russian. Moreover, she acquired French citizenship in the year 2001. Then in 2009, she moved to London. Sadly, his parents divorced when she was only three years old and she grew up with her single mother. She met her father for the first time after the split at age eight and then again at age 13.

She is a trained dancer and she is also a model in Moscow. She also trained as a ballerina in the Soviet Union (Ukrainian SSR) from ages 8 to 12 and then independent Ukraine from ages 12 to 13. Additionally, she also plays the piano and admires old movies.

Talking about her knowledge in languages, she speaks Russian, English, and French fluently and she also learned Turkish for her role in The Water Diviner in 2014. Other languages she can speak are Spanish and Italian. He also served on the jury at the 2007 Brussels International Film Festival.

Olga Kurylenko moved from native Berdyansk to Moscow at 15 and at the age of 16, she moved to Paris. In the year 1996, she signed a contract with the Paris-based Madison modeling agency. There, she met her publicist, Valérie Rosen. At age 18, she appeared on the covers of Vogue and Elle magazines. While working as a model in Paris, she also supported her mother in Ukraine.

She also appeared on the covers of other magazines like Madame Figaro and Marie Claire and appeared in Victoria’s Secret catalog. She has also become the face of brands like Bebe, Clarins, and Helena Rubinstein and modeled for Roberto Cavalli and Kenzo.

In the year 1998, he appeared in the music video for Tellement Je T’aime. It is a song by French-Algerian Raï style singer Faudel. Moreover, one of her first acting appearances was in Seal’s music video, Love’s Divine in 2003. However, his film career truly began in France in 2005.

As of 2019, she has appeared in over 30 movies. Some of them are Quantum of Solace, The Serpent, There Be Dragons, Erased, Seven Psychopaths, Vampire Academy, A Perfect Day, The Man Who Killed Don Quixote, Johnny English Strikes Again, The Emperor of Paris, The Courier, The Room. Moreover, her pending projects include Empires of the Deep and The Bay of Silence.

She has also starred in the Paris, je t’aime segment “Quartier de la Madeleine” opposite Elijah Wood. Likewise, she was also selected as the face of Kenzo’s new fragrance, Kenzo Amour and has appeared in all subsequent Kenzo Amour advertisements since then. 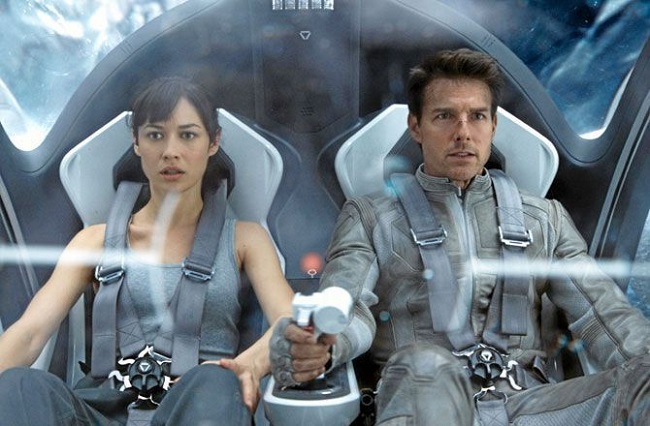 More details about her roles

In the year 2007, she starred in Hitman alongside Timothy Olyphant. She also had a minor role in Max Payne as Natasha. She played Bond girl Camille Montes in the 2008 James Bond film, Quantum of Solace, after beating out Gal Gadot in the auditions. In the film, he plays the role of a Bolivian Secret Service agent named Camille, who teams up with James Bond to avenge the death of her parents.

Maxim magazine also featured her on their US edition’s cover of the December 2008 issue and on the February 2009 issue of the Ukrainian edition. The mayor of Berdyansk, Ukraine suggested naming a street after her in early 2008, and she and her mother met Ukraine’s First Lady Kateryna Yushchenko in President Yushchenko’s family country house.

Additionally, she appeared in Terrence Malick’s To the Wonder, shot in fall 2010 in Bartlesville, Oklahoma. She also appeared in Oblivion. It is a science fiction film starring Tom Cruise directed by Joseph Kosinski. She played the role of Alice Fournier, who is the main subject of the spy thriller November Man.

Later, in 2014, she starred in the historical drama film The Water Diviner. She worked alongside Russell Crowe, who made his directorial debut, Jacqueline McKenzie and Jai Courtney. She also played the headmistress in Vampire Academy.

Talking about her net worth and earnings, her involvement in movies, TV shows, and other activities heavily influence her earnings. More precisely, her net worth estimation is $18 million dollars.

Talking about Olga Kurylenko’s current relationship status, she is single. However, she was once married to a French fashion photographer named Cedric van Mol. The then-lovers married in 2000 but unfortunately divorced after four years of marriage. She then married an American mobile phone accessory entrepreneur, Damian Gabrielle in the year 2006. Sadly, their relationship also came to an end with divorce in late 2007.

Talking about her other romantic relationships, she dated Ben Cura from 2017 to 2020. Ben is an Argentine actor born on 30th September 1988 in Buenos Aires. She suffered from COVID-19 and also has been dealing with her separation from Ben. They broke up due to their conflicting schedules. Sources reveal that the lovers split before she tested for the global pandemic, COVID19.

Prior to Ben, she dated Max Benitz from 2014 to 2017. The past lovers have a son together. It is a son named Alexander Max Horatio, born on 3 October 2015. Before Max, she also dated Danny Huston from 2012 to 2013. Max is an English writer, journalist, and a former film and television actor whereas Danny is an American Actor. 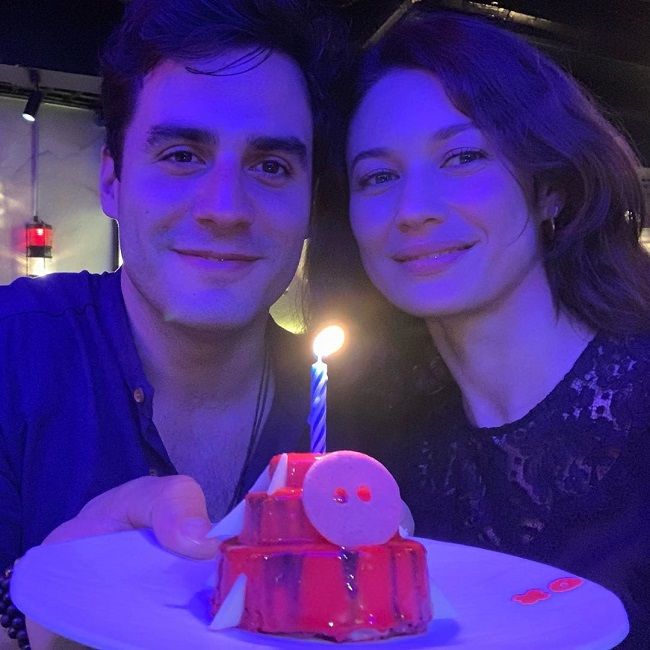 Talking about the star’s body measurement details, she stands tall at a height of 5’9″ or 175 cm and her weight is around 53kgs. Similarly, her chest-waist-hip measurements are 34-24-35 inches respectively. Also, she is a natural brunette with dark brown hair and her eye color is also dark brown.

Olga Kurylenko is pretty active on social media. She created Twitter in March 2011 and so far has 90.3k followers. Similarly, she has 663k followers and 1,335 posts on her Instagram account @olgakurylenkoofficial as of March 2020.