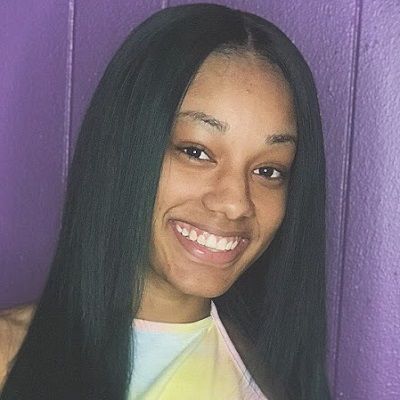 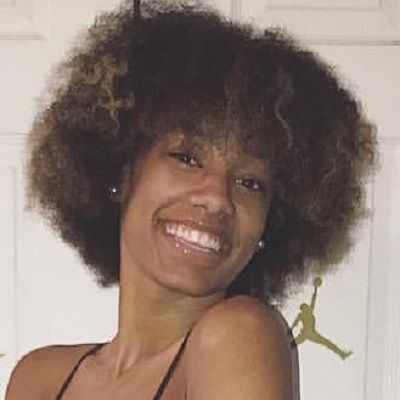 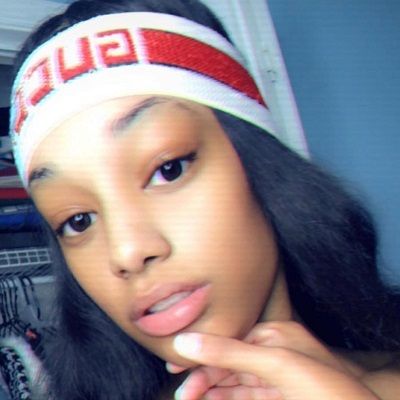 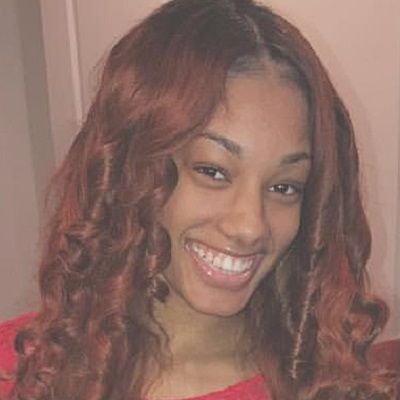 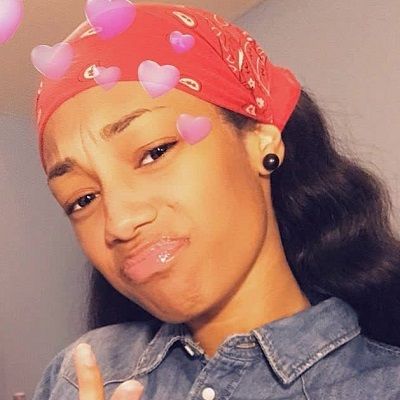 Nyema is a famous Instagram personality, who has gained popularity for her humorous acts. Nyema is famous for her green hair who publishes dance videos, memes, as well as pictures to her pyt.ny_ account.

Nyema is originally born in Staten Island, New York and later moved to Richmond, Virginia. She was born on February 23, 1999, and she turns 22 years old as of 2021. She is American by personality and her zodiac sign is Pisces. Nyema has neither spoken about her family background nor her educational qualifications. However, we can assume that she might be a high school graduate. 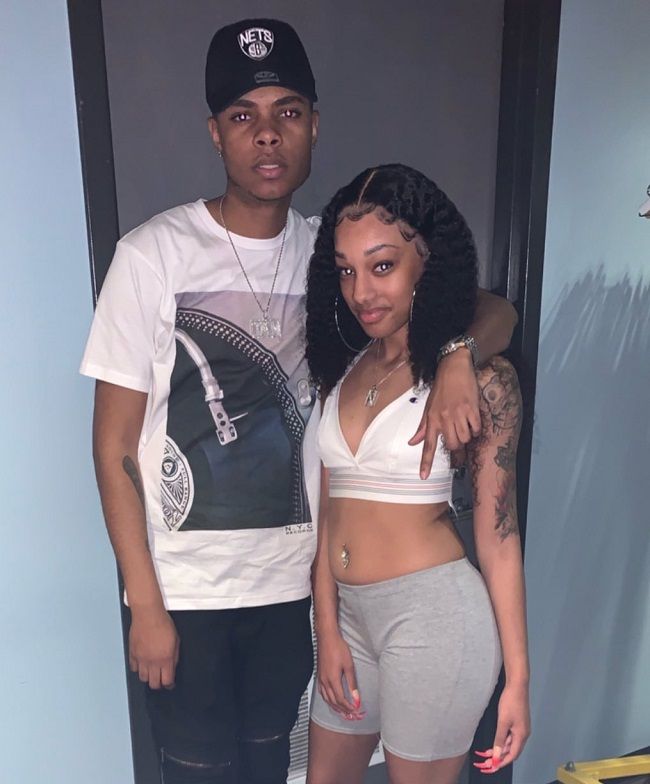 Caption: Nyema and her friend, @djliltaj, posing for a photo. Source: Instagram

She had a passion for acting from her childhood. Her goal was to cater to a wide range of audiences on the internet. She started off with Twitter in April of 2011 and her tweets caught the attention of many. After that, Nyema became popular on Twitter and used her popularity to establish herself on other social media platforms. She used the Twitter username @imgawjussdawg to create her account.

When she started video streaming on YouNow, it took her more time than she expected to make a name for herself in the live broadcasting platform. She then started to work on her looks. However, Nyema knew that a quirky and funky look would get her the desired attention which in turn would help her in earning more number of followers. She was absolutely right in thinking so her new look served the purpose. Her hair which now looked bright and green accompanied by her bold makeup made her an internet sensation.

She started using bright colored makeup products like green eyeliner and purple lipstick in order to stand out from the rest. After earning more than 20,000 fans on YouNow, Nyema shifted her focus towards Instagram. The photo and video-sharing application gave her plenty of options to post pictures, memes, and videos. She used the service provided by Instagram to a great extent and became a popular meme artist in no time.

Nyema had a live verbal fight with a fellow Instagrammer named Haayrican and the video went viral on the internet, making her even more popular. After that, she made a sister tag video, along with her sister. She is also active on YouTube where she has posted a few music and challenge videos. After making her social media debut in 2011, it took almost four years for Nyema to make a name for herself in the world of the internet. 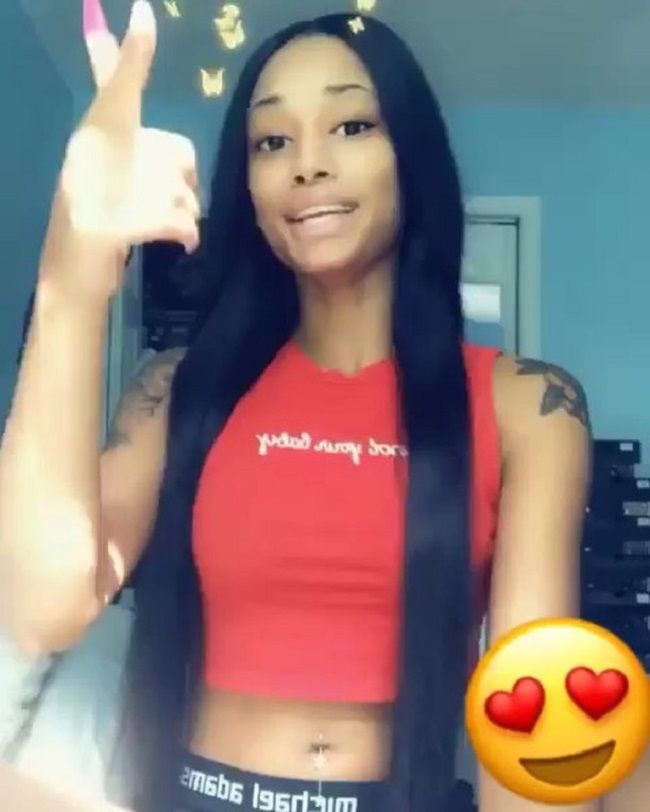 Furthermore, DJ Smallz 732 went on to post an exclusive video on his personal YouTube channel, featuring Nyema as a twerk master. He titled the video as ‘Twerkaholic’. Another YouTuber named @Mvntana posted a video titled ‘The Bounce Tape’. That video was also featured Nyema as a performing artist.

Additionally, Nyema then posted a video in which she spoke about the verbal brawl which was going on between Chris Brown and Soulja Boy. She has also posted compilations of her twerk videos. After that, she was requested by her fans to take up the twerk challenge which had gone viral all over the internet.

She seems to be in a relationship with a girl. On January 18, 2020, she uploaded a video tired “TOUCH MY BODY CHALLENGE W/ BAE ?.” Her previous dating history is also not known.

According to the online source, celebslifereel.com, Nyema often posted sexual videos of her with another woman. She is seen enjoying the lap dance from other girls. However, she has not openly discussed her sexuality until now. It seems like she has a thing for girls given her activities on her Instagram. But, it won’t be right to say anything at the moment unless it is confirmed by her. Also, on one of her Instagram posts, she is seen kissing with an unknown woman which is still available on her Instagram.

She has a curvy and sexy body structure. Nyema stands tall with a height of 5 feet 3 inches and weighs around 60 Kgs. Additional information regarding his body measurements is not available. Her real hair color is black but she keeps dying her hair to different colors. Nyema has a pair of dark brown eyes. 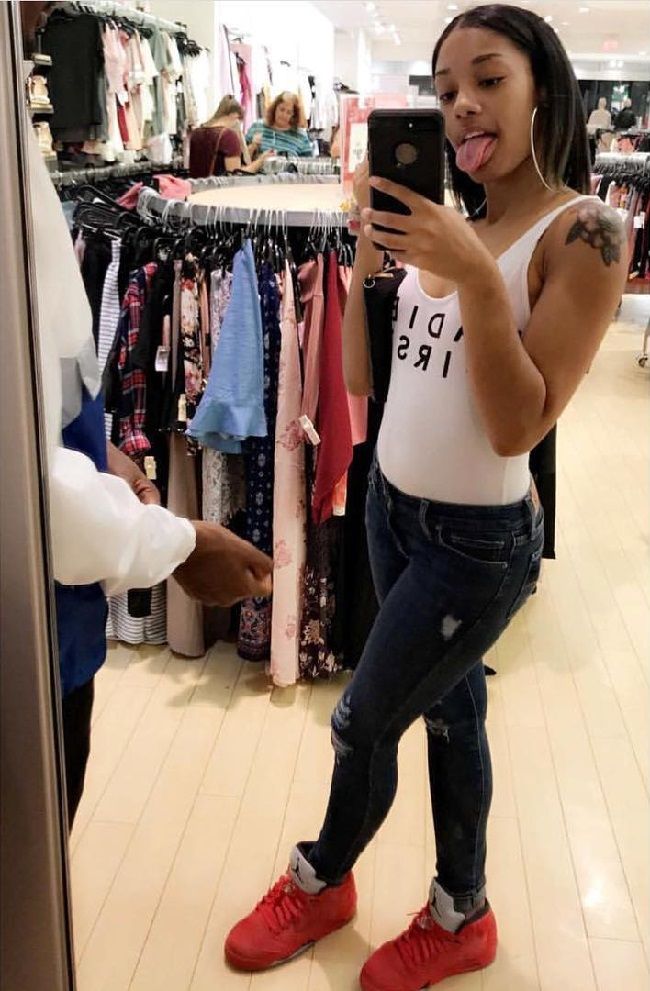 Similarly, coming towards her earnings and net worth, she might earn a good amount of money through her Instagram posts and YouTube videos. Her estimated net worth is around $94K as of February 2020.