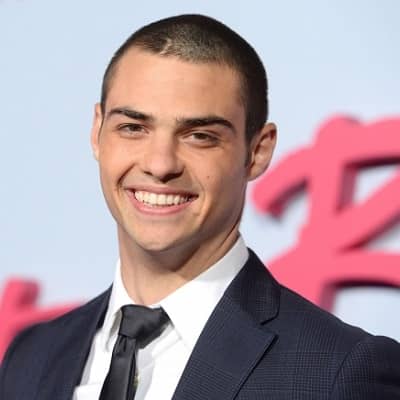 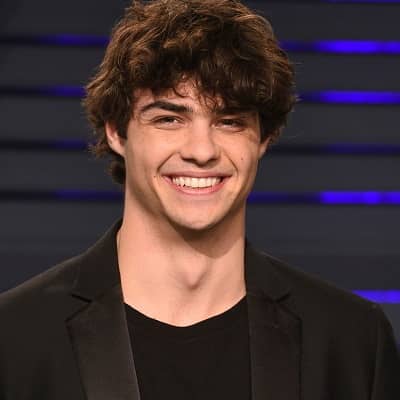 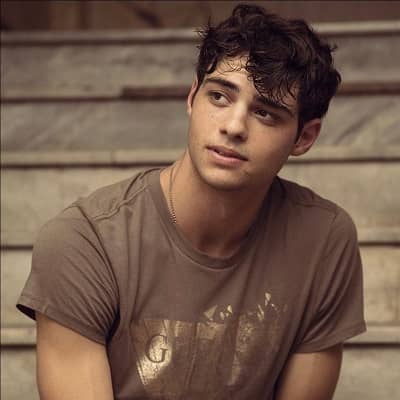 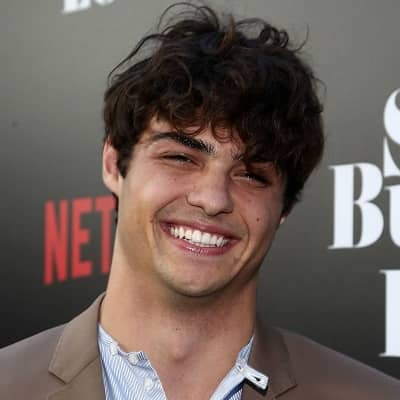 Noah Centineo is a prominent American actor and model. Noah Centineo is famous for his roles in various films and series like “Austin and Ally”, “The Fosters”, “How to Build a Better Boy”, “To All the Boys I’ve Loved Before”, “The Perfect Date”, and “Sierra Burgess Is a Loser” among many others.

Noah Centineo was born on May 9, 1996, and he is currently 25 years old. He hails from Miami, Florida, and he grew up in Boynton Beach, Florida. Likewise, his zodiac sign is Taurus. Moreover, his full name is Noah Gregory Centineo.

Regarding his ethnic background, he has revealed that he is half Italian, Dutch, “a little bit of Native American” and “there’s Puerto Rican somewhere in there.” His paternal grandparents were of Italian ancestry. His mother’s family is from Pennsylvania and they are of German descent. His mother’s family is known as “Pennsylvania Dutch”. It is called “Deutsch” and it is a German word.

Talking more about his family, he has an older sister named Taylor. His parents are mother Kellee Janel and father Gregory Vincent Centineo.

He then attended BAK Middle School of the Arts, later attending Boca Raton Community High School for ninth and tenth grade. In the latter, he played soccer. Later in the year 2012, he moved to Los Angeles and attended Agoura High School. 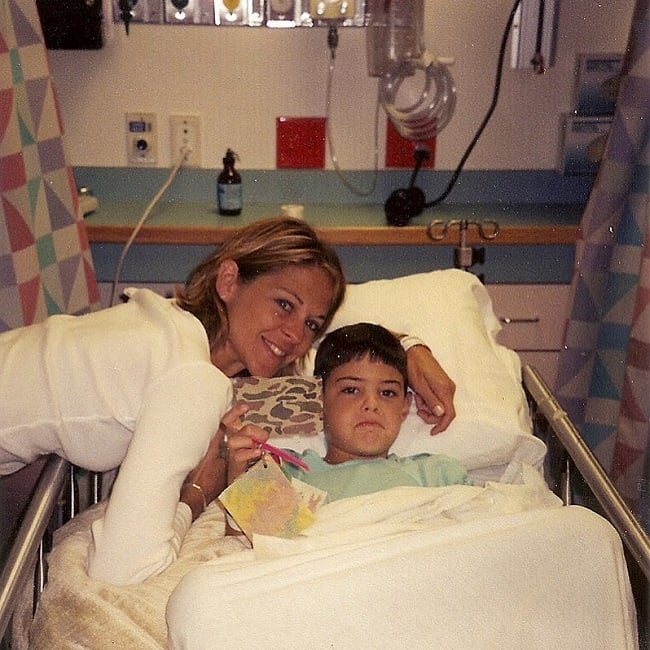 Caption: Noah Centineo posing for a photo with his mother while still in a hospital bed during his childhood. Source: Instagram

Professionally, Noah Centineo is a prominent actor and model. He is most popular for portraying the role of “Dallas” in Disney’s Austin and Ally. He later appeared as “Jesus Adams Foster” on ABC’s The Fosters in the year 2015. He also starred as “Jaden Stark” in the 2014 Disney TV movie How to Build a Better Boy.

Then in the year 2018, he starred in Netflix’s To All the Boys I’ve Loved Before as well as landed roles in The Perfect Date and Sierra Burgess Is a Loser. Initially, he made his acting debut at the young age of 13 years. It was in the 2009 film The Gold Retrievers. He played the lead role of the character “Josh Peters” in this film. He has also acted in the series Marvin Marvin and Shake It Up. In the latter, he worked alongside Bella Thorne.

Similarly, in 2014, he played the role of the character “Ben Eastman” in the Disney Channel comedy pilot Growing Up and Down. 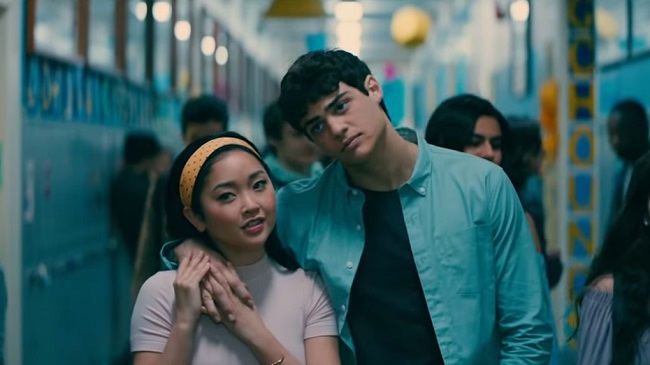 Caption: Noah Centineo and his co-star Lana Condor captured in a still cut of the film ‘To All the Boys I’ve Loved Before’. Source: Elite Daily

In the year 2017, he received a nomination for the Teen Choice Award for the category “Choice Summer TV Star: Male for his performance”.

The same year, he starred as “Hawk Carter” in go90’s teen drama-thriller series [email protected] The actor then portrayed the role of surfer/artist “Johnny Sanders Jr.” in the coming-of-age romantic comedy film SPF-18. Again in the same year, he appeared as Camila Cabello’s love interest in the music video for her single Havana.

Additionally, he starred in three Netflix original teen comedy films in the year 2018 alone. He portrayed the role of “Peter Kavinsky” in the adaptation of Jenny Han’s romance novel To All the Boys I’ve Loved Before. For this role, he received a positive viewer and critical notices. This helped him break out as a teen idol. He then starred as “Jamey” in Sierra Burgess Is a Loser and as “Lance” in Swiped.

In the year 2019, he played the lead role of “Brooks Rattigan” in The Perfect Date. It is also another Netflix romantic comedy film and it released in April.

Similarly, he starred in a supporting role in the Charlie’s Angels reboot film released in November. In the year 2020, he returned to the screen reprising the role of “Peter Kavinsky” in the sequel To All the Boys: P.S. I Still Love You.

Furthermore, he is set to portray the role of “He-Man” in Masters of the Universe. It is a film based on the franchise of the same name and Sony Pictures will be releasing this film. Moreover, he is also set to appear in the DCEU movie Black Adam. For this project, he will portray the role of the character “Atom Smasher”. 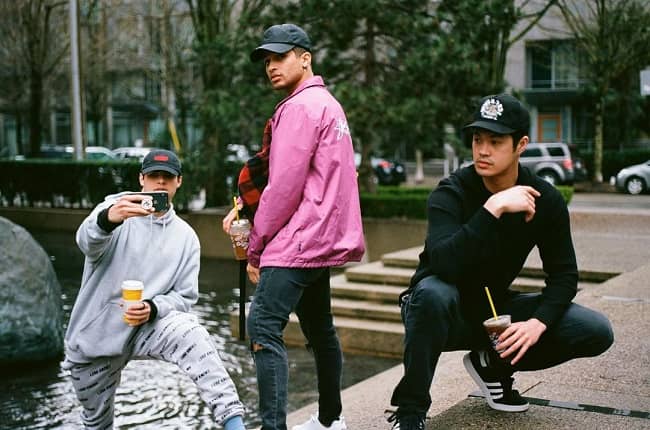 Caption: Noah Centineo posing for a photo with the co-stars of ‘To All the Boys I’ve Loved Before’. Source: Instagram

In February 2020, Noah Centineo launched Favored Nations. It is a nonprofit initiative that will utilize the actor’s social media range and influence to raise money for charity. He came up with the idea after he teamed up with Omaze on a contest. This contest ultimately raised $280,000 for charity and offered a fan a chance to go on a hike and share a meal with the actor himself.

Furthermore, he is the co-founder of Favored Nations along with his friend Josh Heller. Josh is a Los-Angeles-based actor and lifestyle photographer. He serves as CEO and Heller serves as CMO at Favored Nations. It is a nonprofit that produces for sale a variety of merchandise in collaboration with celebrities and influencers. It then works as an intermediary between donors and charities.

Each donor can contribute to a charity from the list of nonprofit organizations. These nonprofit organizations include Black Lives Matter, Policing Equity, Know Your Rights Camp, Color of Change, The Bail Project, and the Florida Rights Restoration Coalition among others.  In recent years, Favored Nations gained media attention. It also attracted a number of celebrities and influencers to philanthropic activity.

Recently in 2020, the actor also engaged Favored Nations in a collaborated effort for a voter registration campaign. It was done to encourage Americans to vote in the 2020 US Presidential elections. He and Josh Heller also opened a voting-themed art house and virtual tour to increase voter participation.

In an interview with Harper’s Bazaar in February 2020, Noah Centineo revealed that he has been sober for the last couple of years. He also revealed that he experienced a turbulent period that started when he was 17 years old and ended the day before his 21st birthday. He describes this period of time as a really dark time in his life.

In 2020, he began a relationship with Stassiebaby (Anastasia Karanikolaou). Stassiebaby is an Instagram star who is also good friends with Kendal Jenner and Kylie Jenner.

Prior to her, he dated model Alexis Ren since April 2019. They dated for about a year before going separate ways in early 2020. He has also dated Angeline Appel and Lauren Kolodin. 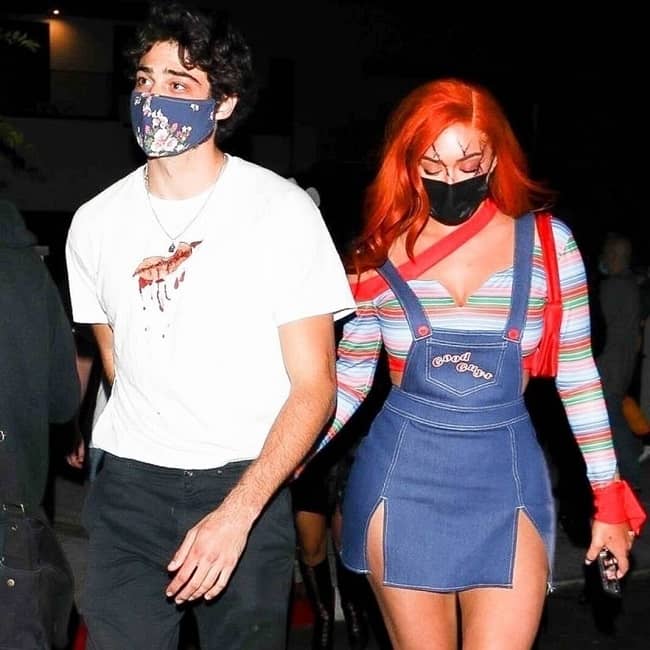 Noah Centineo stands tall at a height of approximately 1.85 meters or 6 feet and his weight is around 74 kgs. Likewise, the actor has dark brown hair and eyes of the same color.

Furthermore, he received a scar on his face at six years old. It was when a Mastiff attacked the actor. The dog’s attack ripped a hole in his face. This left his teeth, gums, and tongue visible from the outside. He was left with a big gaping hole in his face. It required extensive plastic surgery to repair but still left him with a permanent visible scar.

Talking about his social media presence, Noah Centineo joined Twitter in July 2011 and so far has over 1.4 million followers on his @noahcent account. Similarly, his username on Instagram is @ncentineo. This account boasts 342 posts shares and more than 18.3 million followers as of November 2020.

He is also available on Tiktok under the username @ncentineo. This account boasts 343.4K followers and more than 581.3K likes. Moving on, he has a net worth estimation of approximately $2 million dollars.