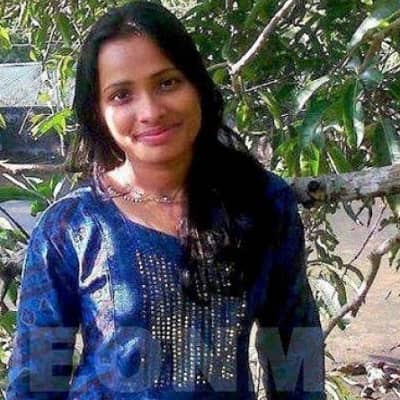 Nirbhaya was a 23-year-old Indian physiotherapy student. Nirbhaya was raped on a bus in Delhi, India. Therefore, ‘Nirbhaya’ was the name given to her by the press, which means fearless.

Her real name was Jyoti Singh, born in the year 1989. She was born into a working-class family, in Ballia, Uttar Pradesh, India. She died on 29 December 2012 when she was 23 years old. Likewise, she was Indian by nationality and she followed Hinduism. Jyoti was a Physiotherapy Student and attended ‘Physiotherapy Institute in Dehradun’.

Jyoti had just graduated from a physiotherapy program. Therefore, her dream was to be a doctor. Moreover, her parents spent their life savings so Nirbhaya could study medicine. Likewise, her father’s name is Badrinath Singh and her mother’s name is Asha Devi. Moreover, she had two brothers.

Moreover, as rape laws in India do not permit using a victim’s name, she was only known as “Nirbhaya”. Therefore, it is one of the many names the Indian media had given her. However, Nirbhaya’s mother revealed her real name to the public on Nirbhaya’s 3rd death anniversary in the year 2015.

“Nirbhaya”, Jyoti was attacked on a bus on December 16, 2012. On the bus, she and her male friend and was beaten by six men. She was then dragged to the back of the bus and repeatedly gang-raped for over an hour. Further, the bus driver drove all over Delhi while this was happening. And, both, Nirbhaya and her friend were left for dead at the side of the road. Then, Police found them but no ambulance would come.

However, Police took her to the hospital and was immediately taken into surgery. Moreover, the government of India, including Prime Minister Manmohan Singh, decided to move her to a Singapore hospital. By the time, Nirbhaya was in critical condition and on a ventilator.

And, Doctors said there was no medical reason to move her. However, Nirbhaya was airlifted to Mt. Elizabeth Hospital in Singapore. Unfortunately, two weeks after the attack, on December 29, 2012, she died. But, before she died, she made two police statements in the hospital. Therefore, she said she wanted justice against the six attackers. 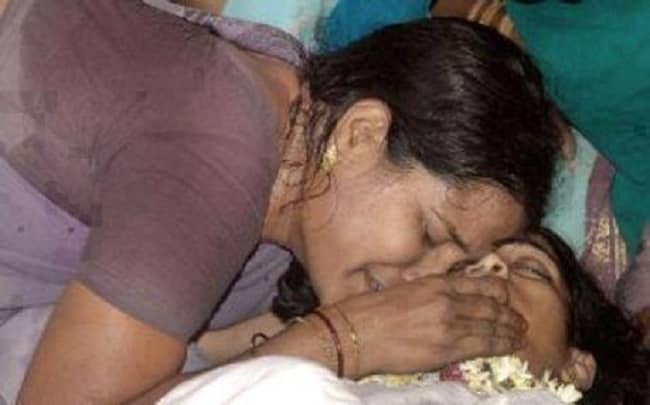 Moreover, Nirbhaya’s postmortem reports revealed that she suffered serious injuries to her intestine, abdomen, and genitals due to the assault. The doctors also disclosed that a blunt object might have been used for penetration, which was later confirmed by the police to be an L-shaped rusted rod.

A nationwide protest was ensured after the incident. Therefore, thousands of protestors clashed with the police at the India Gate and Raisina Hill in New Delhi. In December 2013, the “Nirbhaya Trust” was established by Nirbhaya’s family. Its main aim is to provide shelter and legal assistance to women who have experienced violence.

Nirbhaya’s case started demonstrations and protests in India. And, it also started changes in the laws about violence against women. Moreover, the five men and the bus driver were identified and arrested. And, they were charged with kidnapping, rape, and murder.

One of the men named Ram Singh committed suicide in prison. There was a teenager at the time, was given three years in a reformatory. And, that was the maximum allowed for a juvenile in India. Other remaining four were given the death penalty.

On September 10, 2013, the four adult defendants, Pawan Gupta, Vinay Sharma, Akshay Thakur, and Mukesh Singh (Ram Singh’s brother), were found guilty of rape and murder. Then, three days later, they were sentenced to death by hanging.

And, Nirbhaya’s dying wish was the men be “burned alive”. And, her parents had been demanding they hang, said they were satisfied by the sentences. In the year 2013, a year after her rape, there was a large increase in the number of persons arrested for rape. However, the number of rapes had also risen sharply.

However, finally, the four adult convicts were hanged in Tihar Jail at 5:30 am on Friday 20th March 2020. Finally, Nirbhaya got justice after 7 years and 3 months. The convicts did not express any “last wish”.

Moreover, moments before the court’s order that they would hang, the mother of one of them begged for his life. And, the convict Mukesh Singh’s mother walked up to Nirbhaya’s mother and held her sari in a gesture of begging, and pleaded:

Therefore, she wept. So did Nirbhaya’s mother who replied:

“I had a daughter too. What happened with her, how can i forget? I have been waiting for justice for seven years..”

The Canadian filmmaker, Richie Mehta, made a seven-part web television series titled ‘Delhi Crime’ in 2019. Therefore, it was based on the aftermath and the subsequent manhunt of the perpetrators of the case.

It starred Shefali Shah, Rasika Duggal, and Adil Hussain. The series was released on Netflix. The 7 episode series won the Best Drama Series at the ’48th International Emmy Awards.’

Moreover, in the year 2013, Rajesh Talwar authored a book on the Nirbhaya case titled ‘Courting Injustice: The Nirbhaya Case and its Aftermath.’ And, Hay House published it. Also, in the same year, Nirbhaya received the ‘International Women of Courage Award’ from the U.S. Department of State, posthumously.

On 4 March 2015, ‘India’s Daughter’ a BBC documentary based on the attack was broadcast in the UK. Indian-Deepa Mehta, a Canadian filmmaker’s 2016 film ‘Anatomy of Violence’ was also based on the incident, exploring the social conditions and values in Indian society that made it possible. 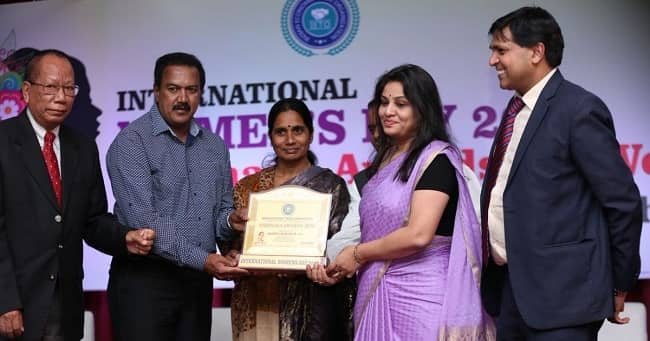 Caption: Nirbhaya’s parents receiving an award which was held in Bangalore. Source: Scroll

Nirbhaya was dating her then-boyfriend, Awindra Pratap Pandey. He was the one who was with her during the incident. He was a software engineer at the time. Pandey was beaten, gagged, and knocked unconscious with an iron rod in the incident.

Nirbhaya was 5 feet 2 inches and weighs around 44 kilos. She had a pair of brown eyes and her hair was of dark brown color. She was a sweet and charming lady.