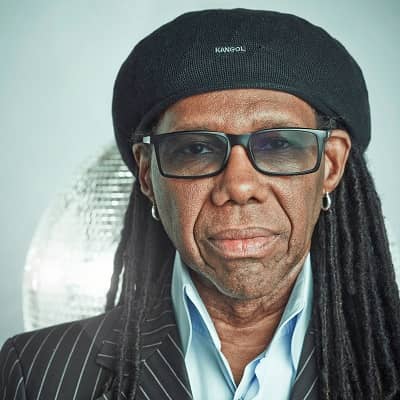 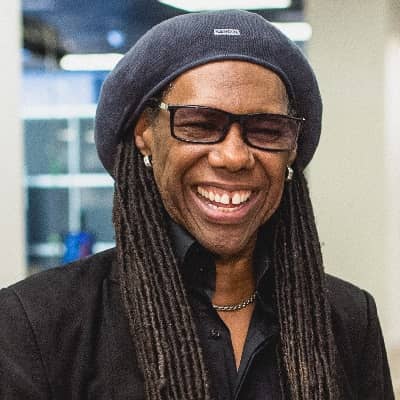 Nile Rodgers is a well-known American singer, songwriter, guitarist, and record producer. Nile Rodgers is best known for being the former member of the bands CHIC and honeydrippers.

Nile Rodgers was born Nile Gregory Rodgers Jr. on 19th September 1952. He stepped into this world in New York City, United States. This makes him 69 years as of 2021 and American by nationality. Similarly, the follower of Christianity was born under the sun sign of Virgo.

Moving on towards his family members, he was born to Nile Gregory Rodgers Sr. and Beverly Goodman. His father was a traveling percussionist and also an Afro-Cuban beats specialist. However, his father was not with him at the time he grew up.

Nile began his career as a touring musician for the Sesame Street stage performance in 1970, where he met bassist Bernard Edwards. The Big Apple Band was created after that, and they functioned as backing musicians. Chic was the name given to the band in 1977.

Furthermore, in 1984, he produced Madonna’s chart-topping album Like a Virgin. He also produced the Vaughan Brothers album, Family Style in 1990, following the death of Stevie Ray Vaughan. In 1992, Edwards along with Nile reconstituted Chic and composed new material for the Chic-Ism album. In 1996, they issued a Japan-only album called Chic Freak and More Treat, which had vintage Chic material rerecorded with guest vocals.

In 2011, Spiegel & Grau published his critically acclaimed autobiography, Le Freak: An Upside Down Story of Family, Disco, and Destiny. Also, in 2012, he stated that he would be cooperating with Daft Punk on their upcoming album, Random Access Memories, the album, was published in 2013.

In 2014, he and Daft Punk played “Get Lucky” at the Grammy Awards. Following that, in 2015, he released Chic’s first song in over 23 years, “I’ll Be There. In 2017, he won an award from the Rock & Roll Hall of Fame. “Till the World Falls,” the first song from Chic’s first album was released in June 2018. “Do You Wanna Party” starring LunchMoney Lewis, and “Sober,” featuring Craig David and Stefflon Don were published as singles from the album. 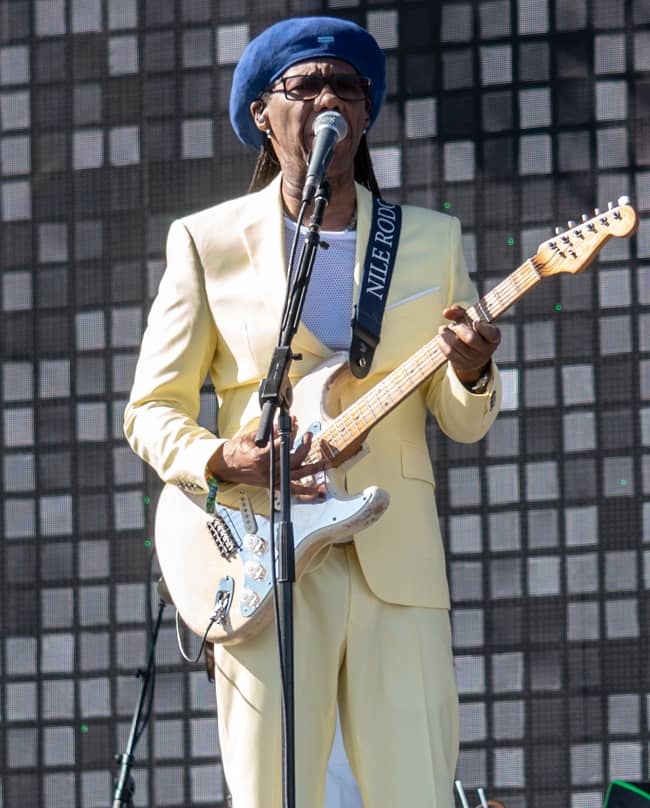 Being a celebrity, he has obviously made a huge amount of money. As of 2021, he has an approximate net worth of $100 million US dollars.

When it comes to his relationship status, he is currently married to his partner Nancy Hunt. However, there is no information on how they met and when they married. At present, they are happily living in Westport, Connecticut. 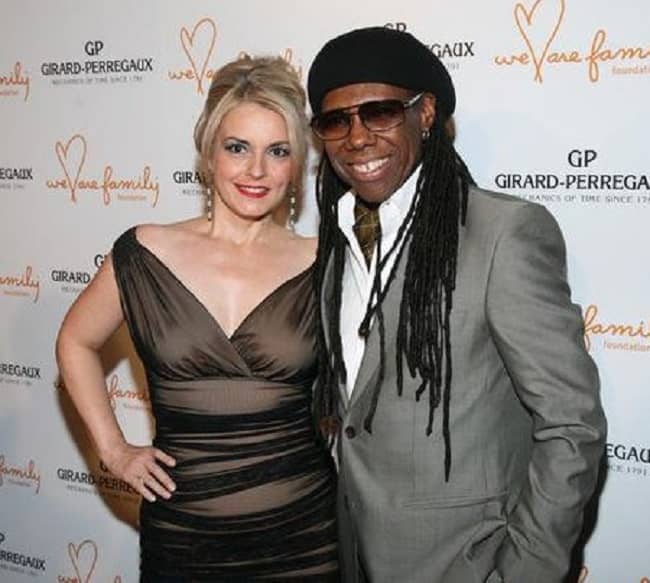 Nile still looks very attractive at the age of 67, and he maintains a calm demeanor with his fans. He stands at a height of 5 feet 7 inches (170 cm) and weighs a healthy 61 kilograms. His hair is dark brown in hue and curly in texture. In addition, his eyes have a dark brown tone.

Moving on, he is quite active on his social media handles. Firstly, he has a huge 463k followers on his verified Facebook page. Likewise, his @nilerodgers Instagram account has more than 276k followers. Similarly, he joined Twitter in February 2009 and has gained more than 208.7k followers. Moreover, he is also on Youtube under the name Nile Rodgers & CHIC and has 48k subscribers. In addition, he has 87.5k followers and over 560k likes on his Tiktok account.