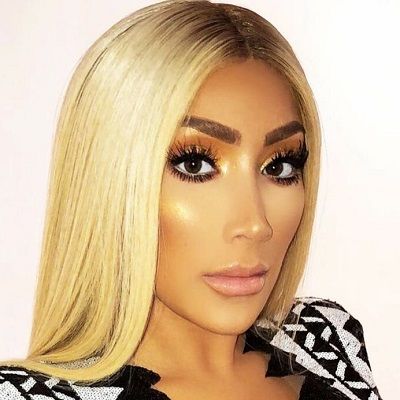 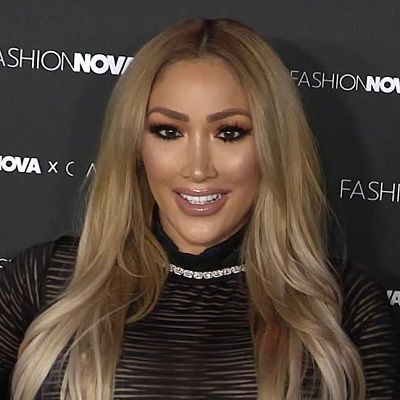 Nikki was born to Abu Mudarris and Marcelle Mudarris on June 28, 1990. As of 2022, she is 31 years old. She is an American by nationality but has a Moroccan descent from her mother’s side and a mix of Lebanese and Italian descent from her father’s side. She has a sister named Monique. Moreover, she had an older brother Anthony Omar, who unfortunately passed away in 2015 due to a drug overdose. The family originally lived in California where she was brought up. Moreover, the family runs a strip club chain business. 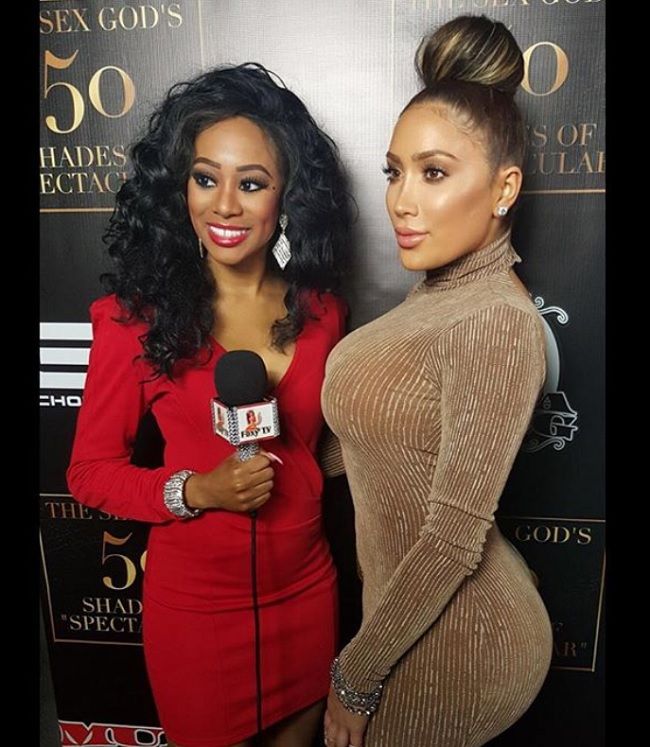 Caption: Nikki Mudarris on the red carpet of the Grammys 2016 being interviewed
Source: Instagram

Growing up, she was not just good academically, but she also actively participated in school plays and other events. When she was a bring kid, her parents wanted her to build up a career in Business. So after high school, she enrolled at the University of Southern California. Subsequently, in 2014, she graduated with a degree in Business Communication.

Although Niki graduated with a Business Communication degree, she instantly got engaged in television shows. In 2014, she made her debut appearance as a supporting cast member of the reality television show, ‘Love & Hip Hop: Hollywood.’ The show that premiered on VH1, showed the musical journey of the artist engaged in Hollywood. Nikki made it in the show as the love interest of  American rapper, club host, and hip-hop record producer Mally Mall.

For season 3 of the show, she was promoted to the main cast. During this season, she came out as a bisexual and was romantically involved with Dominican actress, model, and fitness expert Rosa Acosta, and American rapper, songwriter, and television personality Safaree Samuels, at the same time. Meanwhile, the gorgeous diva received worldwide recognition and made it to seasons 4 and 5.

While basking in the success of ‘Love & Hip Hop: Hollywood,’ she decided to start her own business. She embarked as an entrepreneur and thus founded her own online designer lingerie company, ‘Nude by her. She is the CEO of the company that offers different products for women, including bras, thongs, G-strings, long sleeve bodysuits, sleeveless bodysuits, and robes among others. Moreover, she has even added a men’s collection including boxers and briefs.

American model and reality show diva, she currently even manages her family’s club chain business. Her father, known as the ‘The Godfather of Burlesque,’ owned ‘The Body Shop’ a strip club chain since the 1970s. The club at present has 3 venues in LA and one in Las Vegas. She takes care of the material base and finance of the clubs. Moreover, she also manages the casting of dancers.

Socialite, lingerie designer, and strip club heiress, she has made a generous sum of money from her endeavors. Her riches come from her media career, online enterprise, and even from the family business. As for 2020. the 30-year-old diva stands at a net worth of $800 thousand.

Nikki appears a lot in the media for her controversial love affairs, apart from her showbiz career.  Back in 2012, she was dating Mally Mall. Their break-up made it to the news as Mall leaked a sex tape featuring her. She who had given consent for it filed a case against Mall. After the breakup, she has a few short-term love affairs.

Sources reveal, that she dated Ausrrrin Dye and then Joseline Hernandez. Moreover, she has had a romantic relationship with Jamal Rashid. In 2016, she came out as bisexual and dated Rosa Acosta and Safaree Samuels at the same time. However, she is single now. 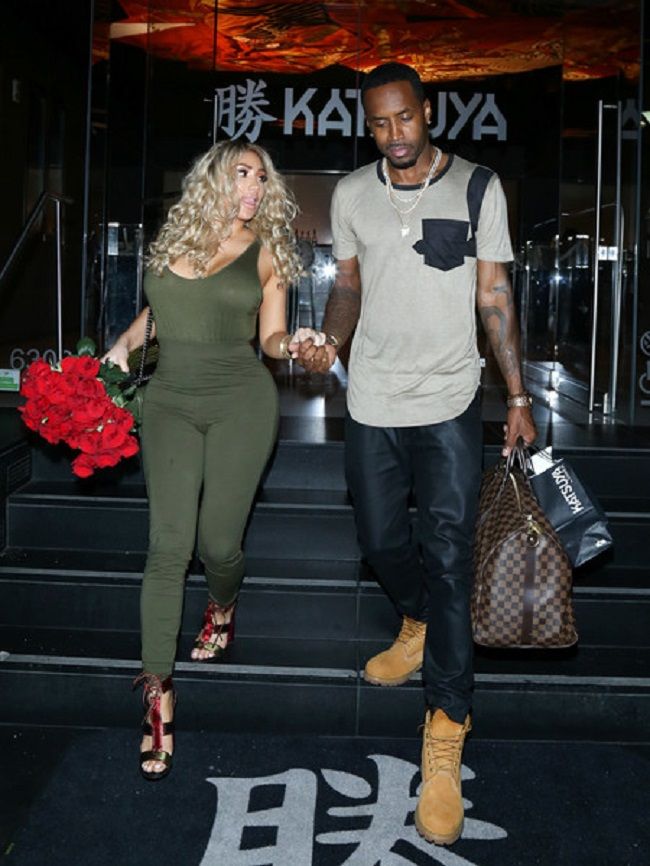 Caption: Nikki Mudarris out for shopping with her then-boyfriend Safaree Samuels
Source: Zimbo

One of the famous bikini models in America, Nikki has an hourglass body type. Apart from diet and training, she has undergone a few surgeries to get this curvaceous body shape. Her chest- waist-hip measurement is 38-25-28.Similarly, she stands a height of 5 feet 7 inches tall with a body that weighs 70kgs. She has a shoe size 8 (UK) and a cup size 34DD. What adds more to her beauty is her long blond hair and brown eyes. This gorgeous has however got no tattoos. 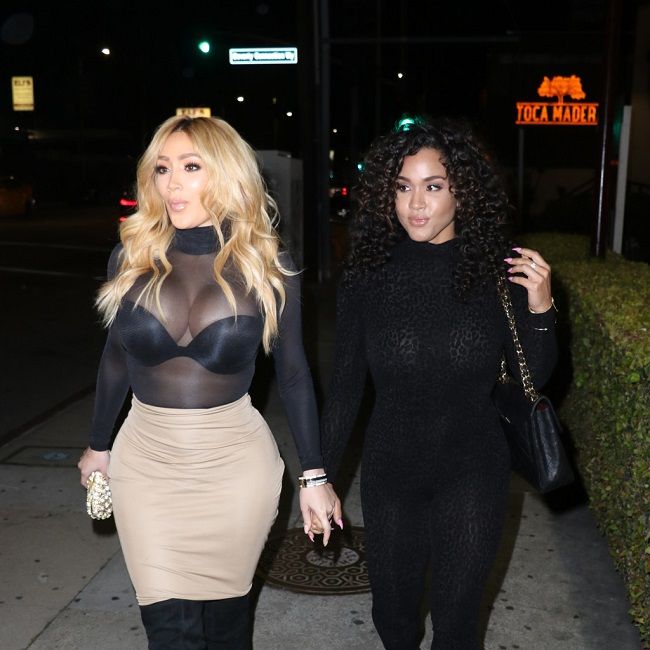 With her success in the television show and online store, she has even got a strong fan base on social media sites. She is mostly active on Twitter, where she goes by the name, @MissNikkiiBaby.  She joined Twitter in 2010 and currently has over 330k followers. Similarly, she is active on Instagram as @misnikkiibaby. Here she has a verified account with 32.5k followers. She mostly posts promotion photos of her lingerie line on the accounts. However, she also shares the good moments of her life.