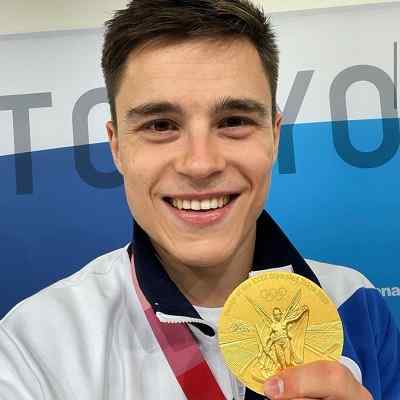 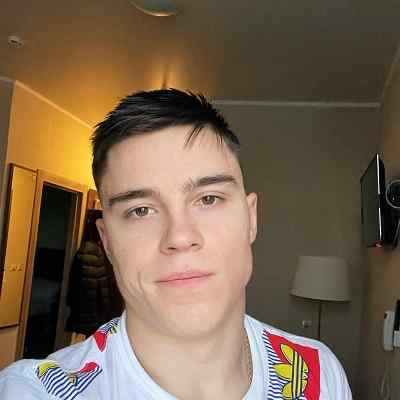 Nikita Nagornyy was born on February 12, 1997, in Rostov-on-Don, Rostov Oblast, Russia. He currently lives in Moscow, Russia, and holds Russian nationality. He is 24 years old and is under the zodiac sign, Aquarius. His full name is Nikita Vladimirovich Nagornyy.

The name and information regarding Nikita’s mother as well as the father are not available at the moment. Similarly, information related to his siblings, cousins, grandparents, and any other family members is also not available as of now. However, Nikita is pretty close with his parents and his grandmother as well. His grandmother him to a gymnastics club where one of her friends worked as a coach and she also inspired him and tasked him with disciplining him.

Regarding Nikita’s educational background and qualifications, the name of the educational institutions he attended is unknown until now. However, considering Nagornyy’s age, he must have graduated from both high school and university until and unless he is a dropout. 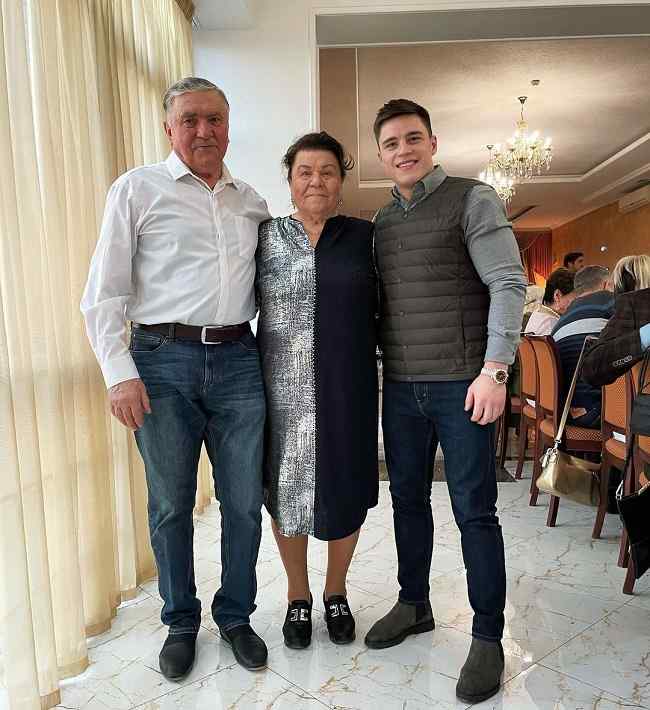 Caption: Nikita Nagornyy along with his grandparents (Source: Instagram)

Likewise, Nikta then got selected to represent Russia in men’s gymnastics at the 2014 Summer Youth Olympics. He was able to win the all-around silver medal behind Britain’s Gianni Regini-Moran. Nagornyy qualified to all 6 event finals and was able to win gold in rings, pommel horse, as well as parallel bars, and the bronze medal in the vault was 4th in floor exercise, as well as 8th after a fall on horizontal bars. Moreover, Nikita finished 5th in the all-around and his team finished in 4th at the 2015 Russian National Championships. He along with Denis Ablyazin tied for gold on both floors as well as vault and was able to win bronze on parallel bars and high bar in the event finals.

Nikita Nagornyy then competed for the floor as well as the vault at the 2015 European Championships. And, in the vault final, he was able to win the European title with a 15.099. Then, he was able to compete for the floor as well as a vault in the Team Final at the 2015 World Championships in Glasgow and contributed to the Russian Team’s 4th-place finish.

Nikita Nagornyy’s team was able to win the bronze medal at the 2016 Russian National Championships. Then, in the All-Around, he won the silver medal. And, in event finals, he was able to win gold on the floor and silver medals on vault, rings, and parallel bars. Likewise, Nagornyy was a participant of the Russian team for the 2016 European Championships. He also was part of the Russian Team at the 2016 Summer Olympics in Rio de Janeiro.

Likewise, he also took part in the 2017 Russian National Championships. Nikita competed on 4 events- Pommel Horse, Rings, Parallel Bars, and High Bar, but due to a foot injury, Nagornyy did not compete in the All-Around. Moreover, Nikita Nagornyy was able to compete at the Voronin Cup, where he won the All-Around competition, as well as gold on the floor and parallel bars, and silver on the pommel horse.

Nikita Nagornyy was able to compete at the 2018 Birmingham World Cup. He was able to win the silver medal in the All-Around in this event. After winning a bronze medal on pommel horse at the 2018 Russian Artistic Gymnastics Championships, this made him the only active Russian male gymnast to have National medals on all 6 events. He also won his first National high bar title. Nikita Nagornyy helped the Russian team to the silver medal at the 2018 World Artistic Gymnastics Championshipstheir which is their first World team medal since 2006 and his first World Medal.

Nikita Nagornyy was able to compete in all 6 events for the first time since the year 2016 in the 2019 Russian Artistic Gymnastics Championships. He was able to win his first National All-Around title and in the event finals, he won every event except floor where he won the silver medal. Likewise, he helped Russia to win gold in the team event at the 2019 World Artistic Gymnastics Championships. He then was able to win another gold medal in the vault event.

Nikita took part in representing the Russian Olympic Committee along with his team at the 2020 Tokyo Summer Olympics. The team finished first and this was the first team Olympic gold medal for Russian athletes in 25 years. And, individually he won During the bronze medal in the all-around final. Furthermore, Nagornyy is the first gymnast to complete the “triple back pike”. And, Nikita Nagornyy is also active on Youtube and has a YouTube account, and shares YouTube vlogs in his leisure time. 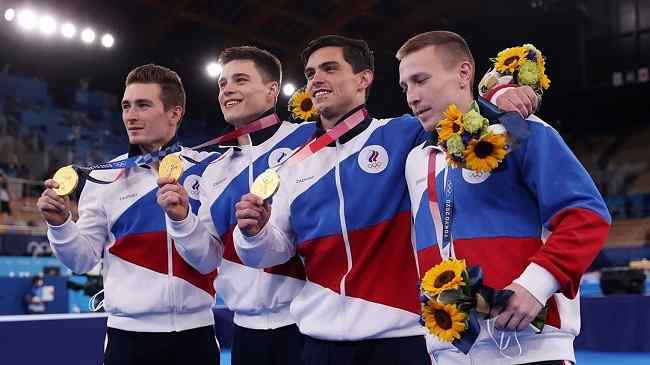 Nikita Nagornyy tied the knot with Daria Spiridonova on December 18, 2018. Daria Spiridonova is a fellow Russian gymnast. Nagornyy has shared a lot of pictures with his wife on his respective social accounts. The couple is very happy together and is living their married life very peacefully and lovingly. 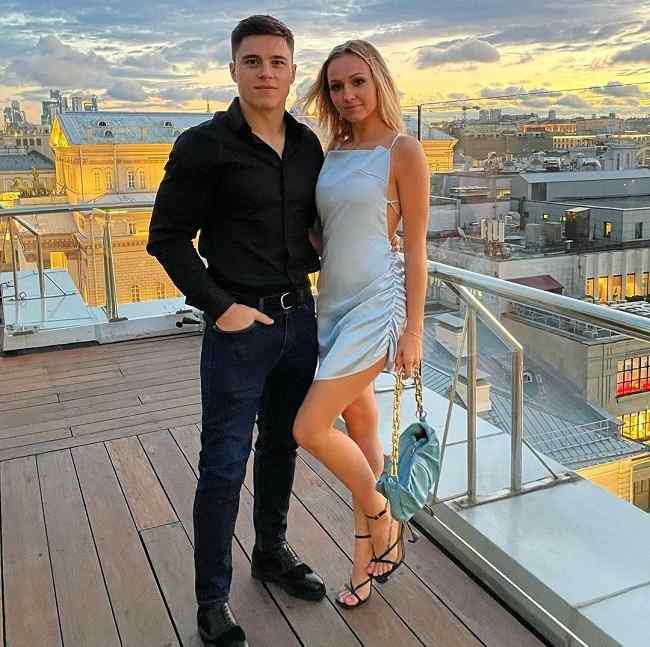 Nikita Nagornyy has a height of 5 feet 5 inches and his weight is 66 Kg. However, his other body measurements are not available as of now. Moreover, Nikita has brown hair and brown eyes as well, and also he is handsome and attractive.

According to buzzlearn, Nikita Nagornyy has a net worth of $1 million – $5 million and his main income source is his career of being a gymnast.