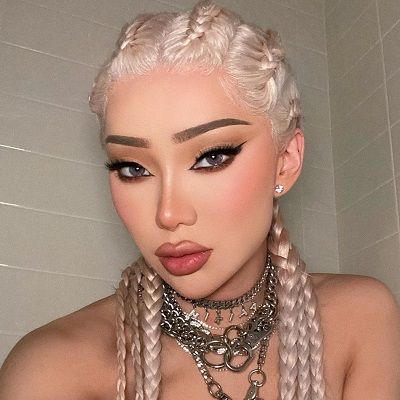 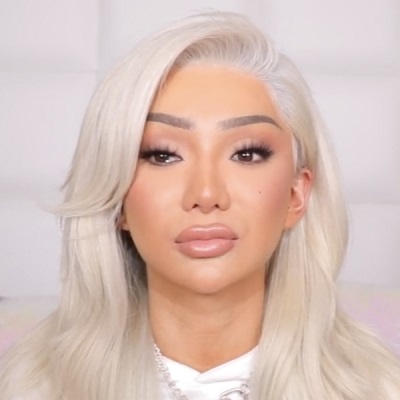 YouTube star, Nikita Dragun was born on January 31, 1996, in Belgium but now resides in Springfield, Virginia, USA. She is American. Moreover, her nickname is Nyc Dragun and her birth sign is Aquarius.

Furthermore, the 26 years old star’s father is Vietnamese while his mother is Mexican. But their names are not mentioned.

Hence, she is half Mexican and half Vietnamese. She has three siblings. Her sisters are Allegrah Capri Nguyen and Taliah Nguyen Marriott and her brother is Vincarlo Nguyen. 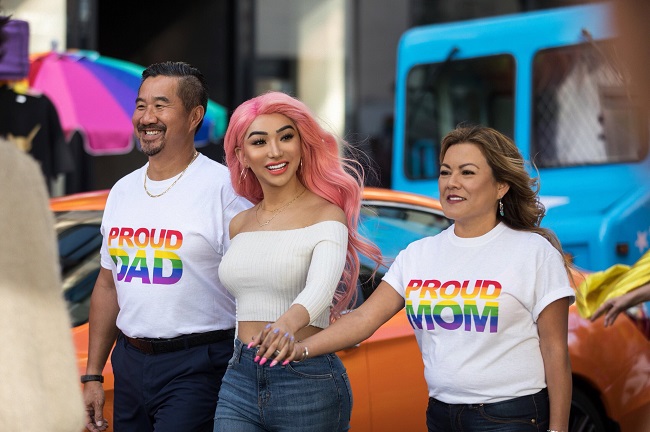 Caption: Nikita Dragun was photographed with their father and mother, who are proud parents of their Transgender child. Source: Twitter

As a child, she used to play with dolls and dress up pretty like a lady though born as a boy. She used to line up with girls instead of boys.

She started saving money for her transition at the young age of 8. Her family was very supportive and friendly over this matter.

She attended her high school in Virginia. She was male at birth but later she transitioned into a female when she reached college.

In one of her videos, she stated that during college she used to report fake IDs and was recognized as a female with the name Nicole.

She was trained as a male singer in her school but she turned again and trained her voice after the transition. She joined a four-year course at Fashion Institute and Design in 2014.

Nikita Dragun told Forbes thet she had her instinct about gender at the age of 5.  She was playing with dolls and liked to dress up prettily in her early days. During her school days, she followed up with the girls and insisted on wearing shorts with side-cuts like what all girls wore.

At the age of 8, she saw a documentary about transgender people which made up her mind and began saving the little she could for her transition.

Thereafter growing up she realized she was a woman caught in a man’s body and found it very uncomfortable to use the men’s toilet.

After that, she chose her transition. Even though she came from a very conventional background she was supported by her parents about her choice.

Her parents stood by her in all the problems she faced during this transition phase of life.

Nikita likes to keep updated with her fans and the media. Thus she is always active on social media sites. For instance, her Instagram username nikita_dragun has 9.1 Million followers.

Nikita is transgender. She already knew about her gender at the age of just five as she told Forbes. Moreover, she has not been in any other relationship after she broke up with Michael Yerger.

Although Nikita posts her pics online or tags men on her social media, she hasn’t mentioned if they are her boyfriend or not. She also doesn’t have children yet. 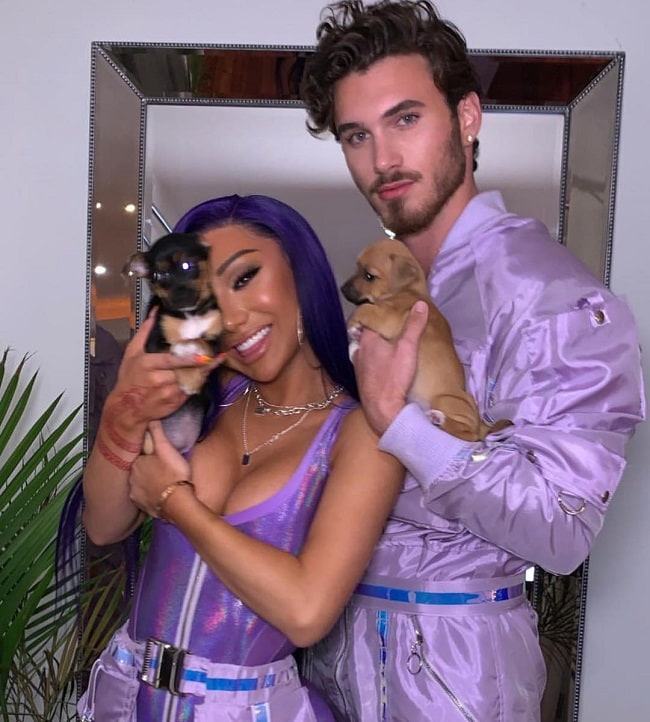 Nikita appeared in a rumor case when she featured alongside LGBT models in February 2017. Her skin tone looked slightly dark at that time when she had posted a picture of herself from the ad campaign.

Later Nikita talked about her expression and disappointment over that controversy. She stated that the campaign was intended to welcome all gender identities and sexualities to enjoy the makeup line.

Nikita is a Youtuber and Instagram star. She finally revealed her gender at last in the video I am transgender, in which she came out publicly.

The video went viral overnight and she is considered an icon by her youth fans.

Moreover, she has a YouTube channel. She mainly does videos related to pranks, challenges, inspiration, and on a regular basis.

Her videos follow her transition and realization of the kind of biases she had gone through during those moments.

Nikita is also an LGBT activist. Furthermore, she has appeared as a model for her company Jeffree Star Cosmetics.

In addition, she collaborated with a brand in September 2017. Even notorious YouTuber Loren Gray has also mentioned her and shared her fondness.

One of the videos on the YouTube channel titled “*NEW* Boyfriend Does My Makeup!” has got almost 5,820,032 views.

In acknowledgment of comments by L Brands chief marketing officer Ed Razek that trans women should not be involved in the Victoria’s Secret Fashion Show because “the show is a fantasy”, she tweeted a video of herself modeling lingerie.

Similarly, in the tweet, she debates that trans women were admittedly able to convey fantasy.

In March 2019, she released a make-up line, Dragun Beauty. Besides from the mainstream market, the cosmetic line is even targeted toward the transgender community.

The products are vegan and cruelty-free, this is called a reason why Nikita decided to launch her brand individually.

In June 2019, she interviewed about her make-up brand on the LGBT radio network Channel Q, where she credited her journey as a transgender woman building her brand as the inspiration behind Dragun Beauty and its products.

She starred in her docuseries on Snapchat, “Nikita Unfiltered”. The series serves Dragun as she searches for love, “a different path” in her career, and drives fame as a trans woman. The series got premiered on March 21, 2020.

Being a famous YouTuber and Instagram star, Nikita has achieved some awards. In 2019, she won Streamy Awards for the category of Beauty.

In the same year. she got nominations for The Beauty Influencer of 2019 in the E! People’s Choice Awards. Likewise, she won the Best in Beauty award in The 12th Annual Shorty Awards.

She has an estimated net worth of $200-$400k based on her growing YouTube viewers and advertisements.

Nikita is a beautiful lady with an hourglass body shape.  She has a decent height of 5ft and 3 inches and a body weight of 55kg.

Similarly, her chest-waist-hip body measurement is 32-25-38 inches respectively. Furthermore, her shoe size is 5 US.

Likewise, Nikita has blonde hair and dark brown eye. She has two dragon tattoos on her body that add to her beauty. 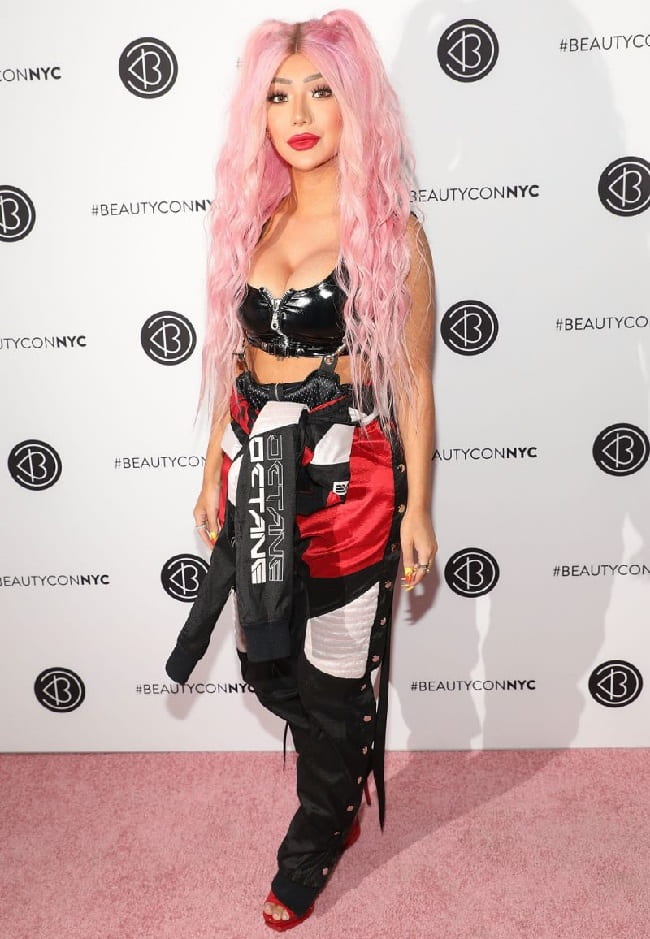