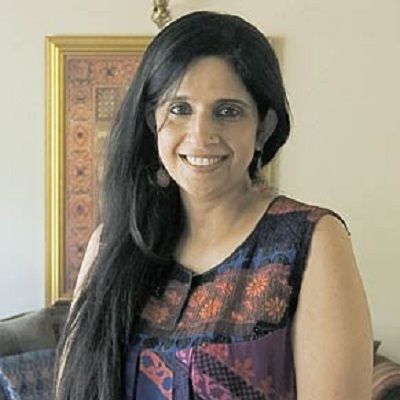 Niki Mahajan was born on 30th June 1960 and is currently 61 years old. Her zodiac sign is Cancer. Likewise, she was born in Mumbai, India. Similarly, her nationality is Indian, and follows Hinduism. However, there is no information about the ethnic background she belongs to. Likewise, her sister is Shingini Mukherjee.

Furthermore, there is not much known about her parents and childhood. Likewise, regarding her educational background, she is an English Literature graduate from Lady Shriram College.

Niki has been actively working in the fashion industry for the past two decades. Likewise, she has inclusively worked with talented artisans from the states of Bihar, Gujarat, Rajasthan, Assam, and the other remote areas of the country. Moreover, her work has not only made a place for herself in the glamour world but has also put the enormously endowed artisans on the book of fame. she has helped to generate their artistic capabilities helping them with a better standard of living.

Likewise, she has created a new fabric called ‘Reeds’. This fabric is made by splitting grass and treated it with natural elements. Moreover, she has worked along with people from the grass-root level in learning the art of making fabrics which have made her receive national acclaim from people of their own states. Likewise, she is popular for her colorful, clean-cut silhouettes and intricate handwork material.

Similarly, as an artist by nature, her designs have emerged from the past era for paintings, furniture, jewelry, and costumes. she has gained inspiration from exploring all the surrounding forms of arts and mediums. 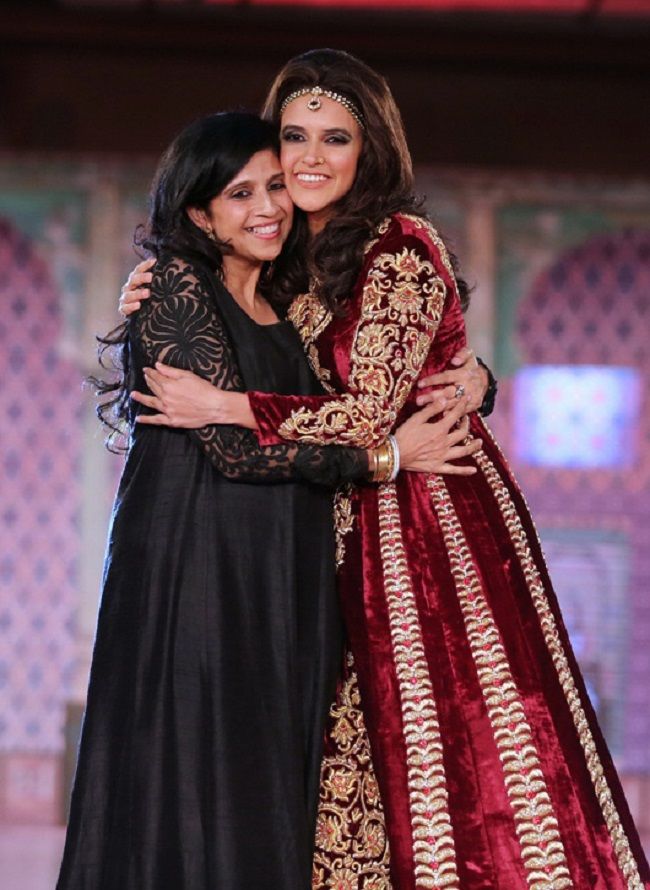 Caption: Niki on her Bridal collection with showstopper and Indian actress Neha Dhupia.

Furthermore, she excels in making garments, occasional wears, trousseau, and pret line. Likewise, she  brings a unique combination of surface treatments with surprising colorways making it very distinctive in nature. Similarly, her exclusive line of garments has lured people all around the country and abroad. Likewise, her retail outfits under the label, ‘Maska’ from stores in Bangalore, Chennai, Cochin at Folio, Oorja at Hyderabad, Casa at Pune, and Kali at Kolkata.

Similarly, she has exported under ‘L’ affaire, Heritage’ to UK, USA, Japan, and the Middle East. Furthermore, she has her own studio at Mumbai as ‘Designer Studio’ and at Vasant Vihar, New Delhi. Likewise, she associated with several prominent fashion designers from Mumbai including Shaina Nc, Seema Khan, and Payal Khandwala.

Being a designer involved in the Indian fashion industry for more than two decades, Niki has made an impressive mark in the fashion industry with her unique sense of designing and use of textiles. Likewise, she has received the ‘Yuv Rattan Award’ by the Ministry of Textiles, Government of India for excellence in promoting the production of unique fabrics.

Similarly, regarding her net worth, she has a net worth of around $2.6 million. However, there is no information about her asset value shared in the media.

Regarding her relationship status, Niki is straight and married. However, there is no information regarding their relationship and others. She and her husband welcomed a baby in February 2019.

There is no information about her body measurement like height, weight, and vital stats shared in media. However, looking at her physical appearance, Niki has a dark skin complexion with black hair color and dark brown pair of eyes.