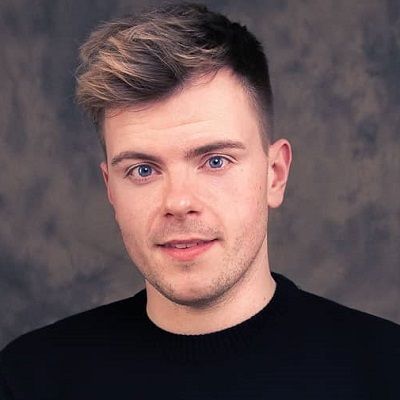 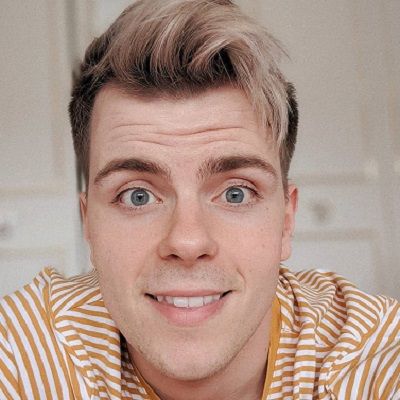 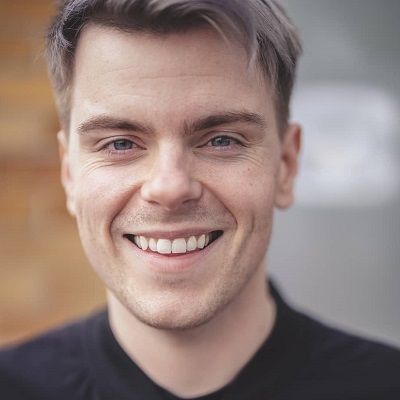 Niki Albon is a British YouTube star and radio presenter. Niki Albon is half of the popular twin duo Niki and Sammy, who has gained a huge number of fans.

Niki Albon was born on 20 February 1992, in Canvey Island, Essex, England. As of 2021, he is 29 years old. His birth sign is Pisces and holds a British Nationality. Further, he has two siblings apart from Sammy. Sammy is his twin brother who is younger to him by 18 minutes. His father, Darren Albon is a mechanic and her mother, Jacqueline Albon is a hairdresser. The twin brothers currently live in East London. 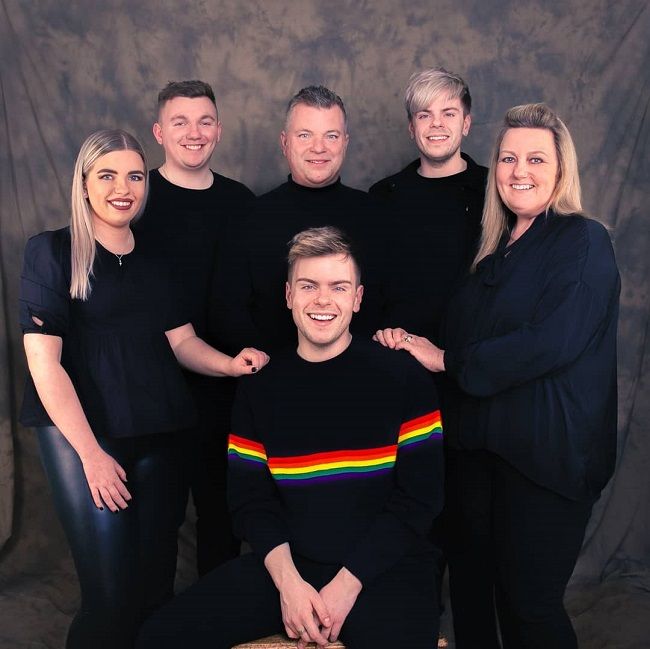 Niki attended Seevic College from 2008 to 2010, studying English Literature and Language, Geology, History, and Classical Civilization. While they did schooling separately, both he and Sammy went to Roehampton University in London. There, Niki completed his major in History with a minor in Journalism and News Media, whereas, Sammy did a course on Classical Civilization.

Niki was the first of the twins to join YouTube on June 29, 2011, creating the channel “theNIKIPOD”. However, he later made a joint channel with Sammy titled ‘NikiNSammy’ on May 27, 2013, and posted their introductory video on June 13, 2013. While they started posting funny videos of various kinds, they gained popularity by sharing two videos of their drastic weight loss of a combined 16 stone in mid-2014. The twin has hosted the CBBC Official Chart Show, a BBC Radio 1 program and is an Anti-Bullying Ambassador.

However, after entering the university, they ditched fast food and began cooking healthy food for themselves. Following an 18-month ordeal, he was down to 11st 6lb, while Sammy weighed 12st 6lb. Their honest revelation of their lack of self-confidence due to being overweight and successful weight-loss story won over the internet and earned them a huge number of fans.

About their Hosting Career

Furthermore, during the 2015 United Kingdon general election, the twins interviewed Labour leader Ed Miliband. They were also backstage hosts at the 2016 BBC Music Awards. And in 2018, they hosted the BRIT Awards Social Squad. And in the same year, they also hosted Girl Guides Gig at Wembley Arena twice.

Moreover, in January 2019, the twins relaunched their YouTube career with a new channel called TTK (Twins Talk Kpop) Social Squad. This channel features content discussing Kpop in the UK, a niche they occupied after the notable success of Kpop episodes from the Peachy Podcast. From the year, 2015 to 2018, they were the main hosts for the Stand Up to Cancer UK charity live stream on YouTube.

Niki and Sammy also rowed 27 miles as part of Stand Up to Cancer’s Great Canoe Challenge. Further, The Prince’s Trust, RSPCA, Alzheimers Research UK are all supported by the pair in some capacity, whether that is hosting or taking part in digital campaigns. 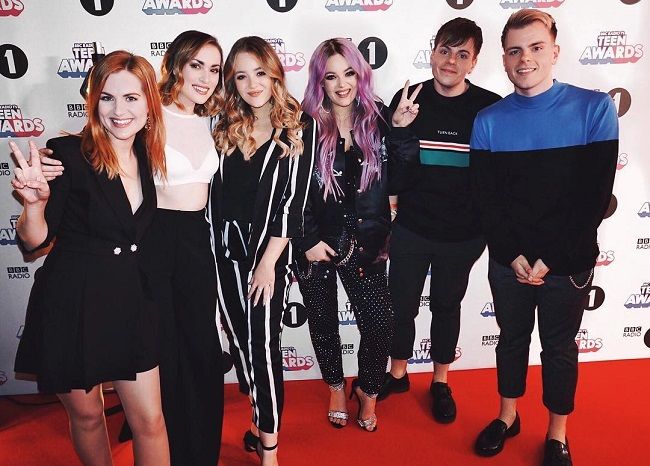 Caption: Niki Albon and the group in R1TeenAwards being nominated for bbcradio1. Source: Instagram

In 2015, they hosted their own show on BBC Radio 1 as part of the ‘Internet Takeover’ show. The twin dynamic duo was well received by fans who helped spread their popularity on various social media platforms. Soon after, YouTube promoted its channel on its ‘channels to watch’ list. They subsequently starred alongside famous YouTubers like Zoella (Zoe Sugg) and Tomska (Thomas Ridgewell) in ‘The Creators’ documentary commissioned by YouTube and directed by Oscar-nominated American director Nanette Burstein.

Niki and his bother Sammy participated in an episode of the show ‘OAP Internet Virgins’ on Sky One in September 2015. It is a social experiment that attempts to pair people from two generations, i.e. young internet personalities and older people oblivious to the plethora of ways the internet can benefit them, to see how the two groups “can help each other connect with a life beyond their own”.

They spent a couple of weeks with George Penfield, an 84-year-old artistically inclined man who had to leave his singing group ‘Nostalgic’ to be with his ailing wife, with whom he was married for 64 years. He had been learning to cook by finding recipes with the help of Google, but that was pretty much all he could do online, while the twins helped him learn his way around the internet so that he can save time by shopping online and thereby rejoin his band once in a while. In return, they learned from the cheerful old man how to live life to the fullest despite adversities.

Following their encounter with George, the two became curious to know what technology looked like before they were born. They subsequently made a video of them checking out retro 8-bit games on a 30-year-old Acorn Electron computer.

Niki and Sammy’s Peachy Podcast is a British podcast that airs on BBC Radio 1 on Mondays. The first series ran between 19 February 2018. It was successful and featured interviews with a number of high-profile guests including Steve Aoki, Monsta X, and Tiffany Young.

Niki has not shared any information related to his dating life. He came out as gay and thanked fans for their support following his announcement. Niki and Sammy on YouTube alongside his twin spoke out for the first time about his sexuality in his latest video titled ‘I’m Gay’ published on February 18, 2020. The video has earned over 10K views. However, until now, there are no rumors and controversies regarding his personal and professional life.

He has a good looking face and a fit body. Niki has a height of 5 feet 11 inches and 75 Kgs. His additional body measurements like chest-waist-hip, shoe size, dress size, etc are not available. He has colored his hair blonde but his natural hair color is dark brown. Further, he has blue eyes. 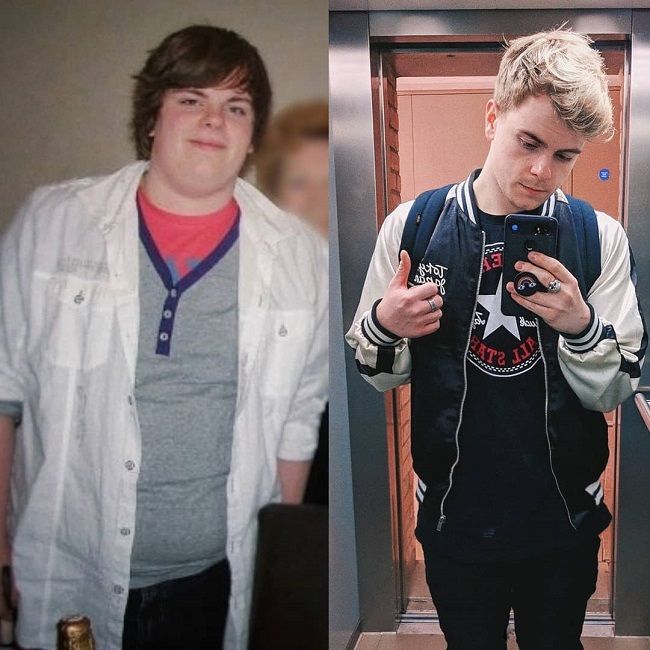 Caption: Niki Albon’s before and after photograph. Source: Instagram

Similarly, being a successful social media star, he might earn a good amount of money. Niki has not shared his exact earnings to the public yet. However, some online sources estimate his net worth at around $100K – $1M.