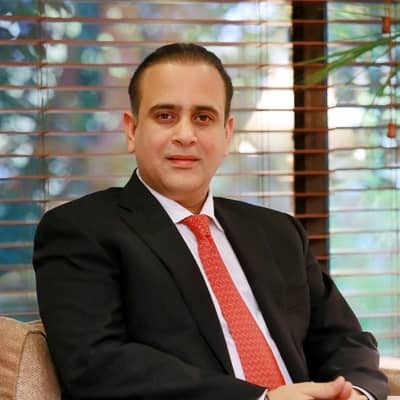 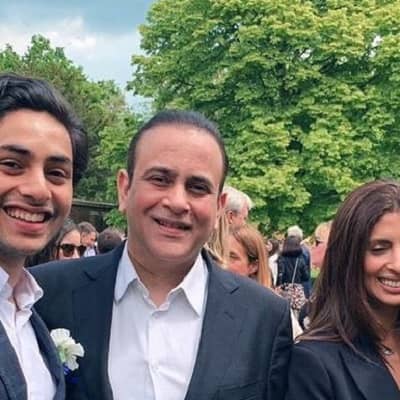 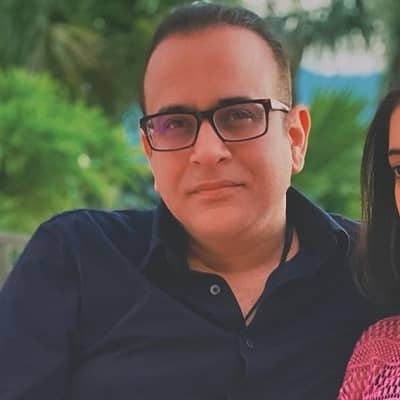 Nikhil Nanda was born on 18 March 1974 and he is currently 47 years old. He is a native of New Delhi, India, and his zodiac sign is Pisces. Talking about his family, Nikhil’s parents are his father – Rajan Nanda – and his mother – Ritu Nanda. His father was a famous industrialist and the Chairman and Managing Director of Escorts Group hailing from Fazilka. On the other hand, Nikhil’s mother was an insurance agent for the Life Insurance Corporation of India.

Other prominent Bollywood faces – Karisma Kapoor, Kareena Kapoor, Armaan Jain, Aadar Jain, and Ranbir Kapoor are Nikhil’s maternal cousins. Talking about his educational journey, Nikhil completed his school at the Doon School located in Dehradun. Subsequently, he went to attend the Wharton School of the University of Pennsylvania. There, Nikhil majored in finance and marketing in the business management department. 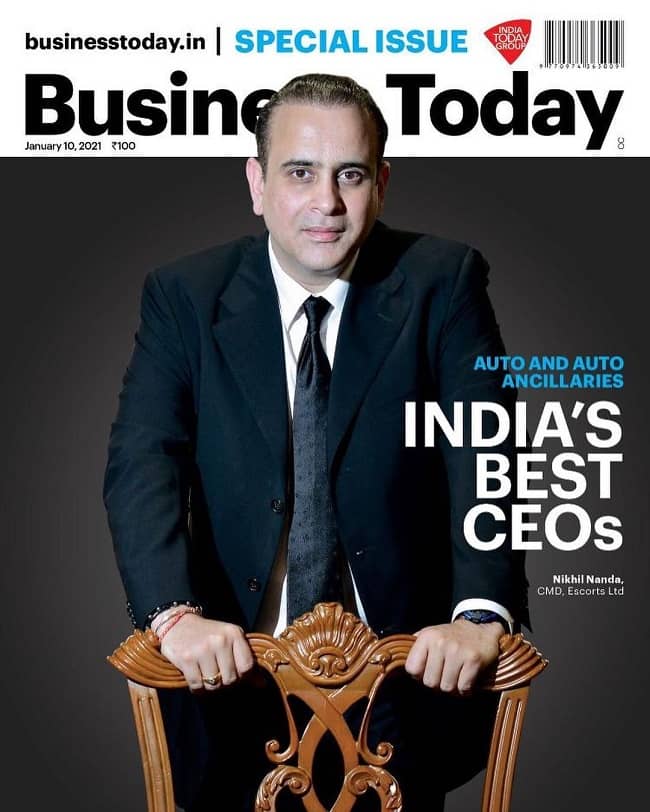 Professionally, Nikhil Nanda is a prominent businessman. Moreover, he is also popular for being a member of the famous Nanda, Kapoor, as well as Bachchan Families. Moreover, Nikhil is the Chairman and Managing Director of Escorts Limited. It is an engineering company that Nikhil’s paternal grandfather founded in the year 1944. Nikhil’s paternal grandfather is Har Prasad Nanda.

Likewise, the businessman also served as the Managing Director of Escorts Limited. Nikhil assumed this position in September 2013. The Indian businessman then became the Chairman of the aforementioned company on 7 August 2018. This was after Nikhil’s father passed away. In the year 2001, the World Economic Forum in Geneva selected Nikhil Nanda among five Indians as the Global Leaders of Tomorrow. 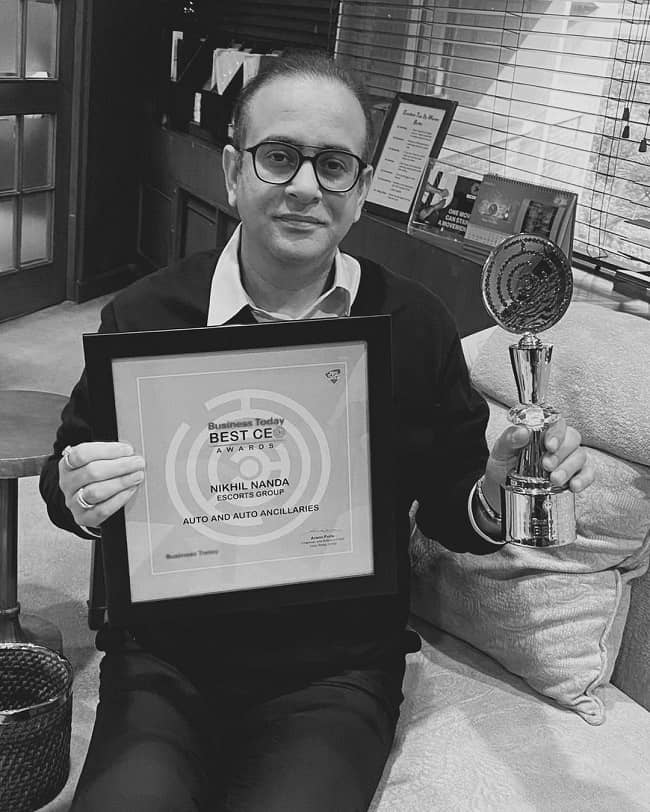 Nikhil Nanda’s wife is Shweta Bachchan. His wife is the daughter of veteran Bollywood actors Amitabh Bachchan and Jaya Bachchan. Moreover, his wife is a multi-talented personality. Shweta is more precisely a former model, journalist, and author.

Nikhil and his wife, Shweta’s birthdays are only one day apart. Therefore, the family usually celebrates both of the family heads’ birthdays together. Moreover, through marriage, Nikhil is the son-in-law of Amitabh ad Jaya Bachchan. Likewise, he is also the brother-in-law of Abhishek Bachchan and Aishwarya Rai Bachchan. 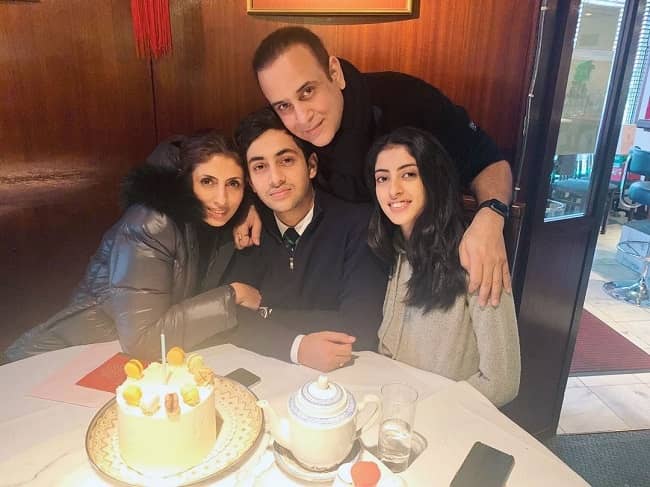 Caption: Nikhil Nanda posing for a photo with his family. Source: Instagram

Nikhil Nanda stands tall at an approximate height of 178 cm or 5 feet 10 inches and his weight is around 75 kgs or 165 lbs. Other than this, there is no further information about the businessman’s other body measurement details like his chest-waist-hip measures, biceps, dress size, etc. Likewise, the Indian businessman has dark brown eyes and hair of the same color. 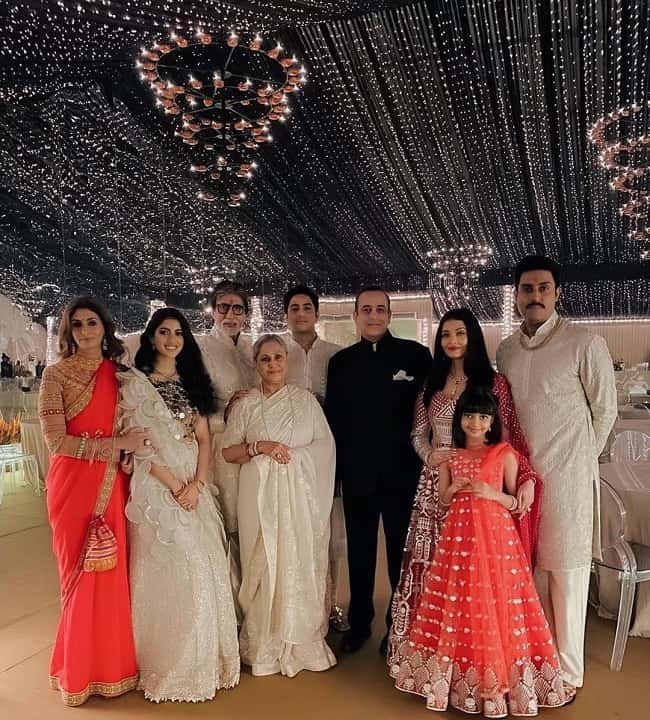 Moreover, Nikhil has more than 26K people following his journey on Facebook. He also has an Instagram account under the username @nikhil_nanda. However, only his followers can view his activities on this account. Likewise, we can also reach out to the Indian businessman via his email address [email protected] Moving on, Nikhil has a net worth estimation ranging from $1 million to $5 million US dollars.