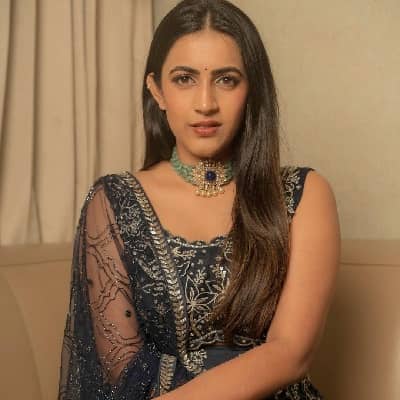 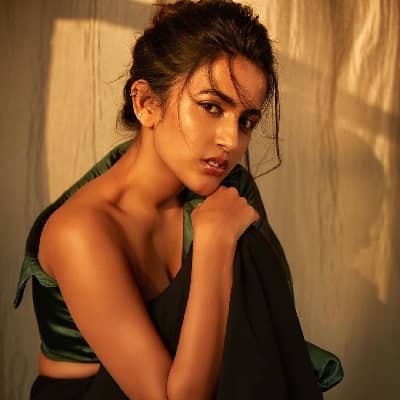 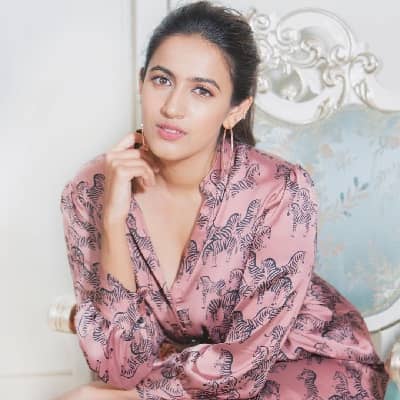 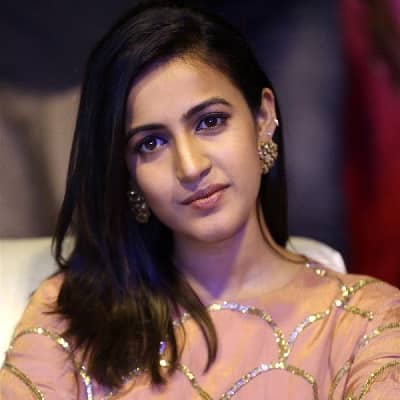 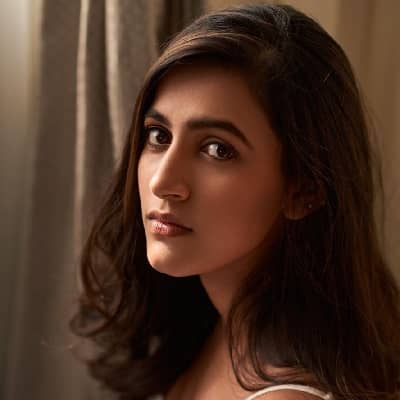 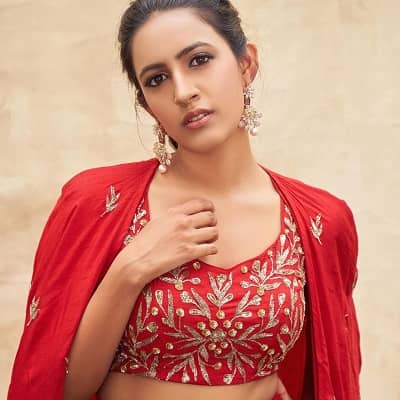 Niharika Konidela came to this world on 18 December 1993. She was born and raised in Hyderabad, Andhra Pradesh, India. Presently, she is 28 years old and her birth sign is Sagittarius. She follows Hinduism and her nationality is Indian. Speaking of her family, her father’s name is Nagendra Babu. Therefore, he is a popular actor and producer.

Similarly, her mother’s name is Padmaja Konidela and she has a brother named Varun Tej, who is also an actor. She has cousins named Sai Dharam Tej, Ram Charan, Allu Arjun, Allu Sirish, and Vaishnav Tej who are also actors in Telugu cinema. Moreover, she is graduated from ‘St. Mary’s College’, Hyderabad, India. 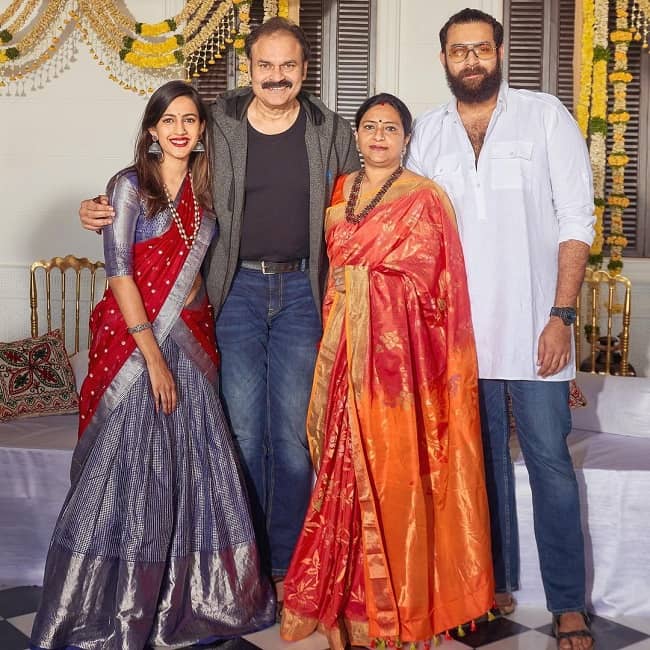 Niharika was born into an amazing family of actors and hence her becoming an actress was largely due to that. After the completion of her studies, she started her career as an Anchor. She has therefore hosted in ‘Dhee Ultimate Dance Show’ for Segments ‘Dhee Junior 1’, and ‘Dhee Junior 2’ that aired on ETV Network.

In the year 2016, she made her acting debut in the Telugu web series ‘Muddapappu Avakai’. Therefore in addition to acting, she also produced web series. And, the series was released on YouTube and was well received by the audience. Similarly, in September 2015, she signed for a film titled ‘Oka Manasu’ which marked her debut as an actress.

In this film, she was cast along ‘Naga Shourya’ and the film did reasonably well at the box office. In the year 2018, she made her Telugu film debut in Arumuga Kumar’s Tamil black comedy film titled ‘Oru Nalla Naal Paathu Solren’. The same year, she appeared in the film ‘Happy Wedding’ as Akshara. 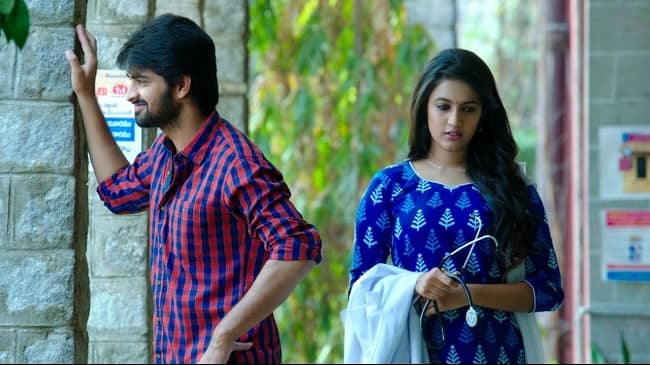 Also, in 2019, she starred in the film ‘Suryakantham’. However, this movie performed poorly at the box office, grossing ₹3 crores. And, later in the same year, she played a minor role along with her uncle Chiranjeevi in the epic action and historical film ‘Sye Raa Narasimha Reddy.’

She is the owner of the film production house ‘Pink Elephant Pictures’. Therefore, she is the producer of her own web series. She has also acted and produced other few films like ‘Nanna Koochi’ (2017) and ‘Mad House’ (2019). Additionally, she has worked as a model for various renowned magazines.

Niharika Konidela is a married woman. She is married to a businessman Chaitanya Jonnalagadda. Therefore, the duo got married on 9th December 2020 at Udaipur’s Oberoi Udaivilas, Udaipur, Rajasthan, India.

However, talking about his past dating history, he has dated Sai Dharam Tej and Venkata Satyanarayana Prabhas. As of now, she is enjoying her married life and living happily. 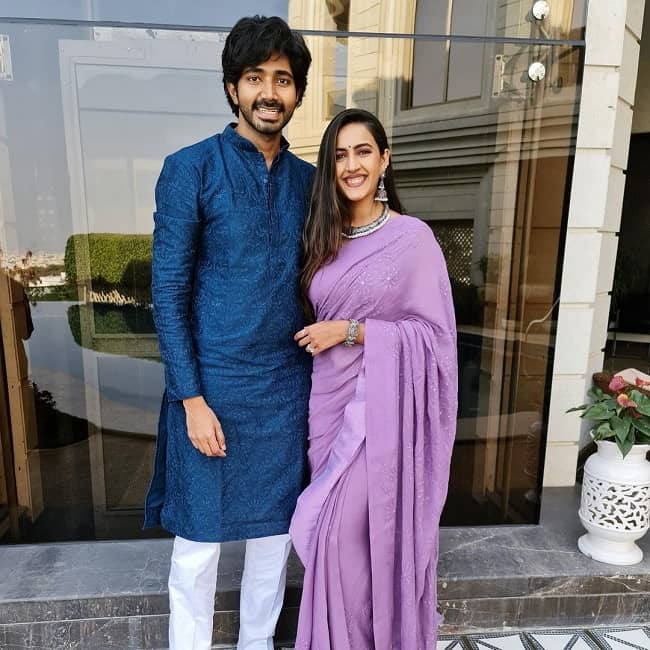 She is a beautiful lady. She has a good height measuring 5 feet 6 inches and has a decent weight of around 52 kilos. Similarly, she has a slim and curvy body figure. Therefore, she keeps her body maintained by having a balanced diet and going to the gym.

However, her chest-waist-hip measurements are 32-28-34 inches respectively. Moreover, she has a pretty set of dark brown eyes and she has brown hair.

Niharika Konidela has accumulated over 2 million followers on her ‘@niharikakonidela’ Instagram account. Her ‘@IamNiharikaK’ Twitter account has gained over 176.2K followers. And, her Facebook page has gathered over 1.8 million followers. Nonetheless, she is also active on TikTok under the username ‘@konidelaniharika’. There, she has earned more than 186.3K followers and more than 167K likes.

This talented actress surely earns a good amount of money throughout her career. Therefore, her primary source of income is from her acting projects along with the production company. Her net worth seems to be around $4 million as of 2021.