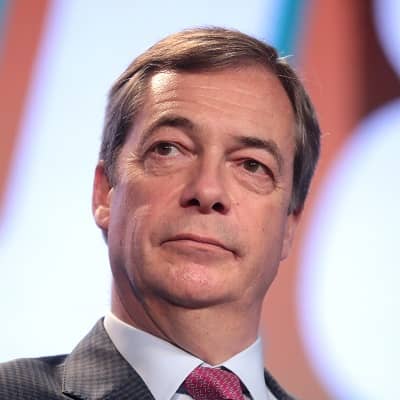 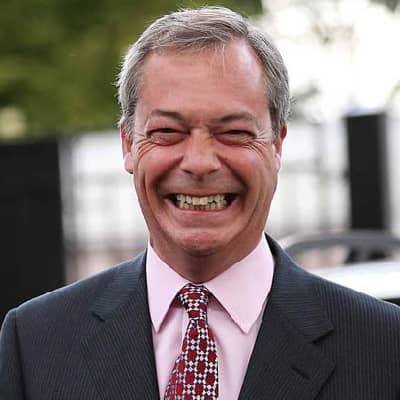 Nigel Farage is a British politician, broadcaster, and public personality. Nigel Farage also was the leader of the UK Independence Party UKIP. Likewise, the politician also has been a member of the European Parliament and the Leader of the Brexit party.

Nigel Farage was born in the year 1964 and celebrates his birthday on the 3rd of April every year. Likewise, the politician was born in Downe, England. Similarly, as of now, the British politician is 57 years old. Talking about his nationality, he belongs to British nationality and was born under the star sign Aries.

Moving on towards the educational background of the celebrity politician, he was born to Barbara (née Stevens) and Guy Justus Oscar Farage. Likewise, his father happens to be a stockbroker who worked in the city of London. In addition, his father was an alcoholic and left the family when Nigel was only five years old. His grandfather was Harry Farage. However, we do not have any details on his siblings and other details regarding his early life.

Regarding the educational background of the politician, he first went on to attend a local high school in England. Then, he went on to attend Dulwich Colege from 1975-1982. While in college, he was accused of racism towards his peers.

Nigel Farage happens to be a famous British broadcaster, politician, and public figure. Likewise, after his college, he started working at the London Metal Exchange. In the beginning, he worked for brokerage firm Drexel Burnham Lambert’s American commodity division, before moving to Crédit Lyonnais Rouse in 1986. Likewise, In the year 1994, he joined Refco, and in 2003, he joined Natixis Metals.  Similarly, In 1978, Farage joined the Conservative Party. In 1992, he left the Conservatives in protest over Prime Minister John Major’s government’s adoption of the Maastricht Treaty on the European Union.

Further, Farage was first elected to the European Parliament in 1999 and has been re-elected three times since then: in 2004, 2009, and 2014. The politician was the leader of the UKIP delegation in the European Parliament, with 24 members, and co-leader of Europe of Freedom and Direct Democracy, a multinational Eurosceptic party. In 2016, Politico listed him as the fifth most powerful MEP, describing him as “one of the two most effective speakers in the chamber.” Farage urged that the European Commission reveal where individual Commissioners spend their vacations in early 2005. 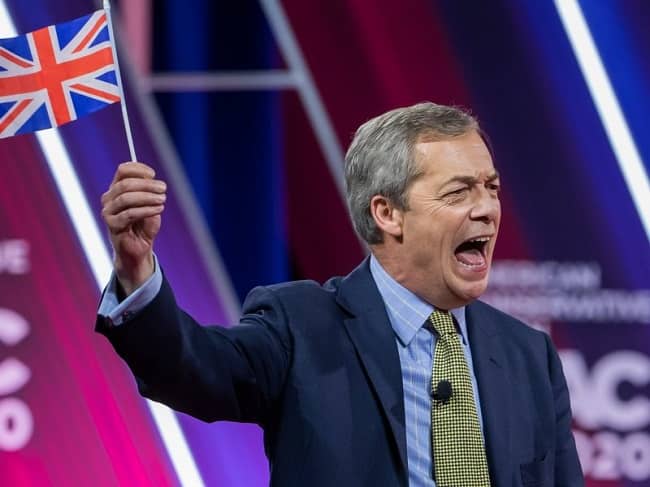 In addition, He got roughly 75 MEPs from all parties to support a resolution of no confidence in Barroso. This would oblige him to appear before the European Parliament and be questioned on the matter. Farage slammed Barroso’s previous membership in the Maoist Portuguese Workers’ Communist Party in 2013. Farage was the only MEP to remain sitting throughout the standing ovation that followed. Likewise, He correctly predicted that UKIP will gain a Scottish seat in the European Parliament elections during a second visit to Edinburgh in May 2014.

Nigel Farage is a married man. Likewise, the British politician has been married twice in his life. In the year 1988, he first married an Irish nurse named  Irish nurse Gráinne Hayes. Likewise, he has a son named Samuel and Thomas Farage from his first marriage. Similarly, later in the year 1999, he married Kirsten Mehr. He also has two children from his second marriage. However, the names of his children have not been revealed. 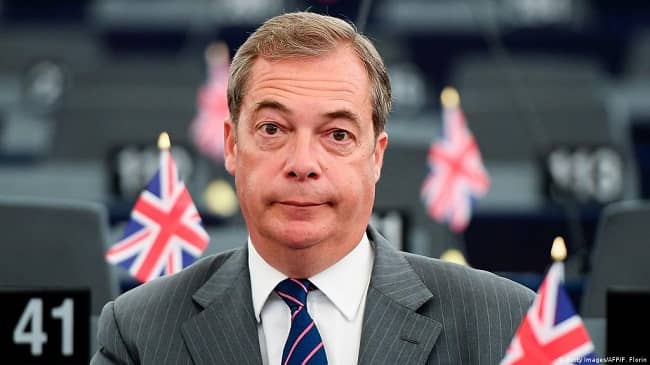