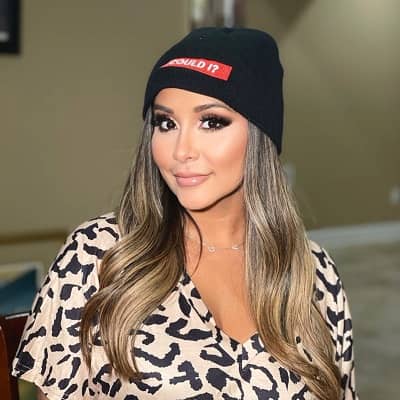 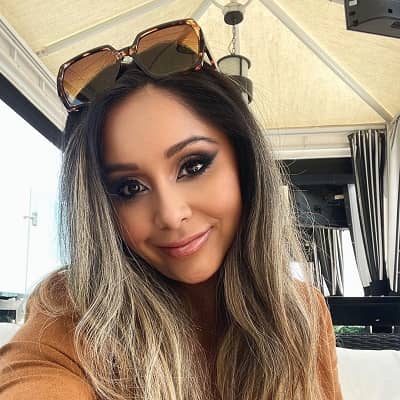 Nicole Polizzi, commonly known as Snooki, is a Chilean-American reality television star. Nicole Polizzi rose to prominence after appearing on the MTV reality show “Jersey Shore”. Similarly, her appearance on the program marked a watershed moment in her career, as she has since gone on to star in other episodes, including “Snooki & Jwoww” and “Jersey Shore: Family Vacation”.

Nicole Polizzi was born in Santiago, Chile, on November 23, 1987. As of now, her age is 33 years old. Nicole Elizabeth Polizzi is her given name. Her nationality is a mix of Chilean and American. She is of mixed race, and her zodiac sign is Sagittarius.

Similarly, she was born in Chile but was adopted by Italian-American parents, Andy Polizzi (father) and Helen Polizzi (mother). They look after her from the age of six months. Her father is a volunteer fireman and auto-salvage supervisor, and her mother is an office manager.

She was raised in American society and went to Marlboro High School in Marlboro, New York, where she was a cheerleader. Moreover, she subsequently enrolled at Brookdale Community College, where she earned a degree and became a veterinary technician.

Nicole Polizzi’s career in the entertainment industry began with her appearance on the MTV show “Is She Really Going Out With Him?” She later appeared on various TV series, including TLC’s “Cake Boss,” the “MTV Europe Music Awards” in 2010, and the “MTV Video Music Awards” in 2011. Her big break came when she joined the cast of the reality TV show “Jersey Shore”.

In 2012, she starred in a spin-off program called “Snooki & Jwoww”. Snooki made her WWE Monday Night Raw debut on one of the programs that aired on March 14, 2011. She competed in and won a Mixed Tag Team match at WrestleMania 27 with teammates Trish Stratus and John Morrison the same year. 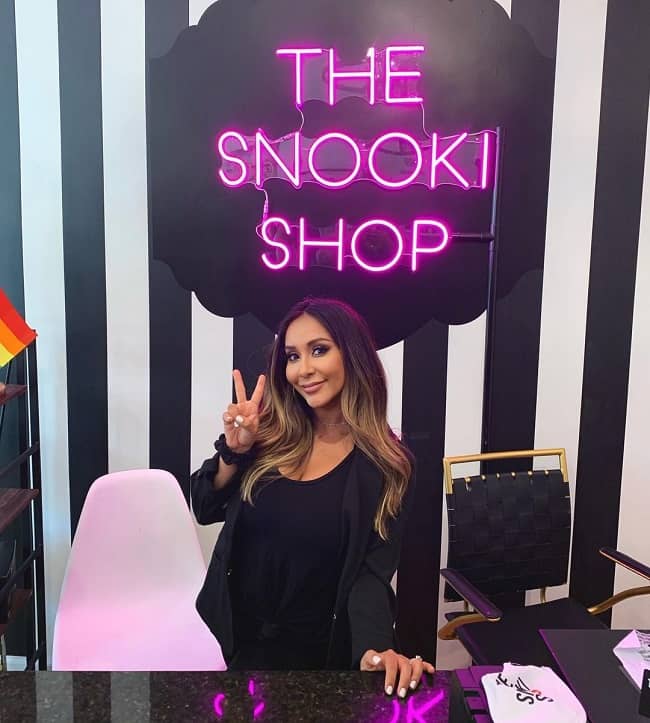 Additionally, she has also developed her own brand line, which includes “Snooki by Nicole Polizzi,” “Snooki Couture,” and “SnookiLove”. In December 2019, she announced her departure from “Jersey Shore: Family Vacation.” The show’s next season will premiere soon but without her.

Nicole Polizzi’s professional career as a reality star has earned her a decent living. Polizzi’s career began with her largest program, “Jersey Shore,” and she has worked her way up to become one of the most prominent television personalities in her decade-long career. Her appearances on shows, series, and novels are undoubtedly her source of revenue. Similarly, her net worth is around $4.5 million.

Her compensation from her program, “Jersey Shore: Family Vacation,” was $150,000 each episode, up from $30,000 and $5000 in the second and first seasons, respectively, making her one of the highest-earning reality show personalities. Moreover, she is currently demanding $175,000 every episode. Snooki was paid $32,000 to speak at Rutgers University in April 2011.

She even shed 42 pounds after giving birth, which was publicized in periodicals. Giovanna Marie LaValle, the couple’s second child, was born on September 26, 2014. Similarly, she married her fiancée, LaValle, on November 2, 2014, in a traditional Catholic wedding at St. Rose of Lima Church in East Hanover, New Jersey. And followed by a reception at The Venetian dining hall in Garfield. She had their third child, a boy Angelo James LaValle, on May 30, 2019, five years after their marriage. She is currently enjoying a beautiful life with her husband and children.

In addition, she revealed in 2016 that she underwent breast augmentation to achieve a C cup. Moreover, in 2010, she was arrested and charged with disorderly conduct and peace disturbance in the Seaside Heights neighborhood of New Jersey. There she was fined $500 and sentenced to community service. In 2011, she was detained after colliding with a parked traffic police car in Florence, Italy. 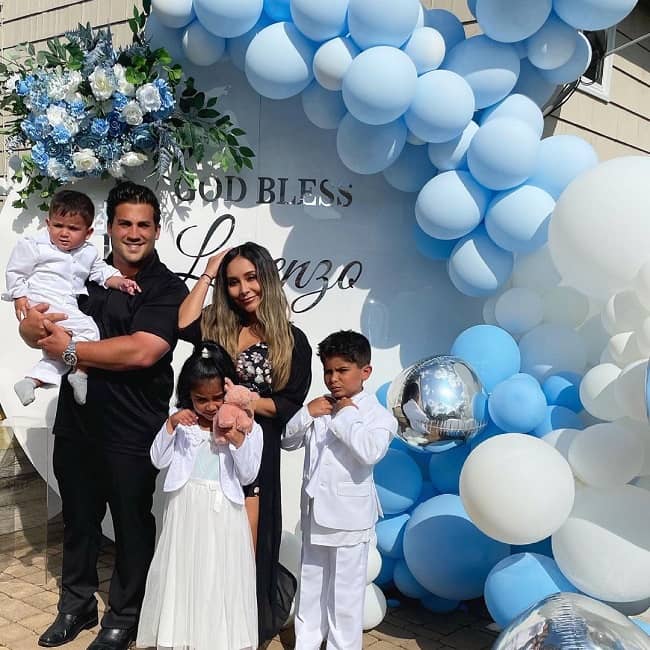 Caption: Nicole Polizzi with her family at an event (Source: Instagram)

Nicole Polizzi is a stunning woman in her 30s with a well-maintained hourglass figure. Similarly, she is rather tall, standing at 4 feet 9 inches. (1.42 m), with a bodyweight of roughly 48kg. Her body measurements are around 35-25-32 inches, with a bra size of 35B, a dress size of 4(US), and a shoe size of 5(US). Moreover, she has a dark skin tone, brown hair, and dark brown eyes.