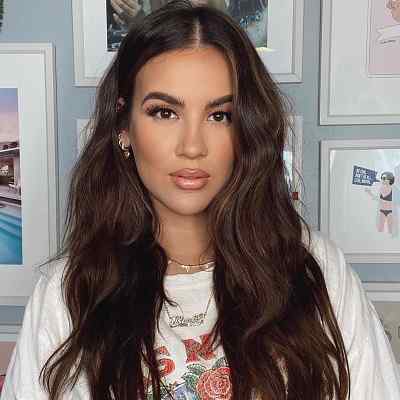 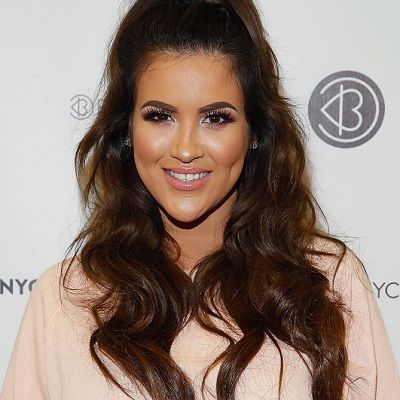 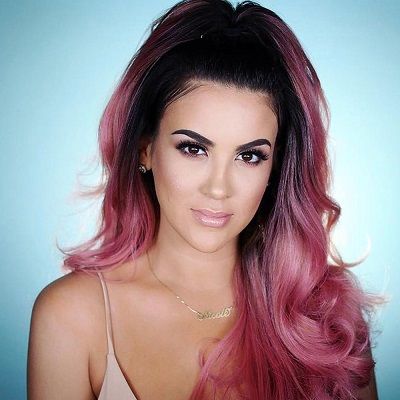 Nicole Guerriero is 35 years old as of 2021. She was born on March 4, 1986, in Tampa, Florida under the astrological sign Pisces. Later she moved to California. There is no information regarding her parent’s name but she always talks about her mother as the biggest inspiration. Further, she has also not mentioned about her siblings. She might also be a single child of her parents.

Likewise, she belongs to American nationality but has not revealed her ethnic background. Moving toward her educational background, she pursued Cosmetology for two years in Dixie Collins High school.

Talking about Nicole Guerriero’s professional life, she is a self-taught makeup artist. When she was just 16 years old, she started putting on makeup and always used to receive compliments about her hair and makeup.  However, her mother wouldn’t let her touch any products until she was sixteen years old, and once she became sixteen, there was no barrier for makeup.

As an enthusiastic beginner, she used to try and put everything on her face but later on, her individual style emerged into natural glam. Her hairstyle and makeup were always spotless and even her friends asked her for their makeup. Further, she started watching videos of other girls doing makeup which make her feel she also can make Youtube videos.

Her videos are characterized by illuminating tips and tricks, and her friendly manner of speaking. When you view her videos, you instantly feel like she’s one of us, struggling with our own makeup and hair on a daily basis. Before becoming a full-time YouTuber, she had worked at several restaurants and also as a bartender at BJ’s Brewhouse for five years.

Due to the support of her family and friends, she started making videos of hairstyles and makeup tutorials and posted them on YouTube. She created her self-titled Youtube channel and posted her first debut video “Favorite Drugstore Makeup” on May 12, 2010, which has currently got more than 261k views.

Her first video includes the content of an ‘Elf’ haul and she thinks it’s an easy video to shoot and also you get to buy new stuff. However, it took her almost a year to accumulate attention and she has approximately 2.85 million subscribers to her channel at present.

Similarly, her Youtube videos are characterized by advisory tips and tricks, and her general manner of speaking. Her videos instantly feel like she’s one of us, struggling with our own makeup and hair on a daily basis. Before becoming a full-time YouTuber, sh had also worked at several restaurants and more as a bartender at BJ’s Brewhouse for five years. She usually posts videos related to make up look like Halloween look,  Hair tutorial, Hair extension, and further like vlogs, tags, haul videos as well.

Likewise, she started getting motivated after accumulating more than 40k followers and continued making videos regularly. In 2013, she got voted as the ‘Favourite YouTube Beauty Guru’ on Ryan Seacrest’s website, which was her biggest achievement till her life which make her feel like her best of herself.

One of her most famous videos uploaded on Youtube that get a lot of attention is “HOW TO: From Brown Hair to Rihanna Red Without Bleaching” with over 4.4 million views. Some of her other notable videos are “Kylie Jenner Inspired Makeup,” “Beachy Effortless Waves – How I Style Short Hair,” “HOW TO: Contour and Highlight | Drugstore & High-End Version,” “Prom Hair & Makeup,” “Full Face Talk Thru Makeup Tutorial,” and many more which are worth watching.

Similarly, her favorite videos among the Youtube uploads are When Jeremy did her make-up. They just had so much fun filming that video together. Further, she also runs a blog called Naturally Nicol.  She posts tutorials, DIYs, reviews, and fashion blogs over there. 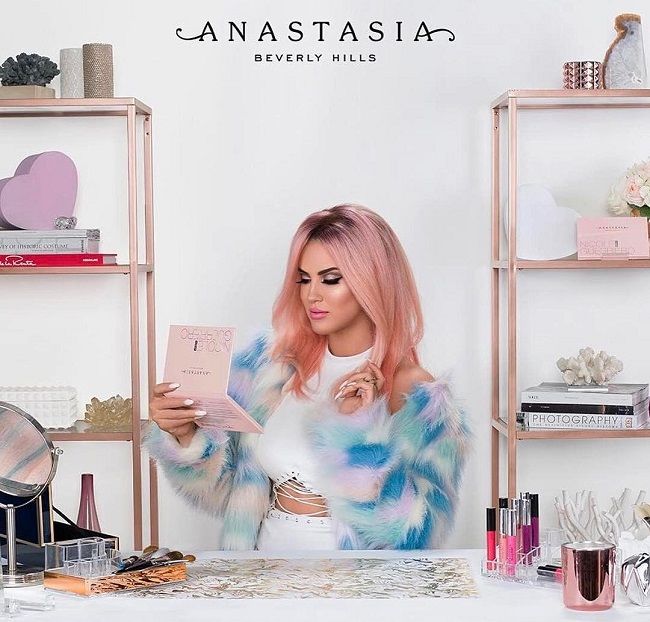 Speaking up on her earnings, she is a beauty and lifestyle blogger who has earned a decent sum of money by her work. Likewise, looking at her Youtube statics, she has posted 684 videos which all together add up to more than 346.6 million views till now. Similarly, she creates on average 4 new videos every month which has estimated earnings of around $83k as of March 2020.

Moreover, she also earns more money through her additional works. She is living a lavish lifestyle with her good fortune. Further, her total estimated net worth is around $500k.

Is Nicole Guerriero in a relationship?

Reflecting on Nicole Guerriero’s relationship status, she is in a relationship with a guy named Jeremy Keating. She has not married yet and neither has kids. Being a spiritual person and not so religious she does not seems to be married. Though she will be obviously spending the rest of her life with her love.

They both look very good with each other and share a very special bonding. She has also featured her boyfriend in one of her Youtube videos. Where her boyfriend does her makeup which is also her favorite video of her on Youtube. Furthermore, she has not been involved in any kind of controversial act till now and has also maintained a clean profile. 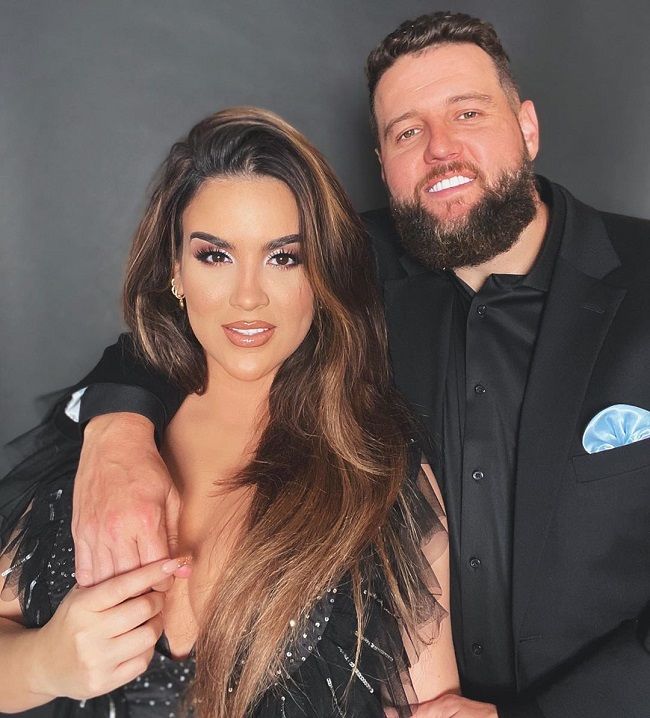 Caption: Nicole Guerriero posing along with her boyfriend (Source: Instagram)

The 17-years-old beautiful Nicole Guerriero has a good and charming personality. She stands with a great height of 5 feet 9 inches and has a perfect body weight. Her body size measures 34C-25-36. Similarly, she has a perfect body figure with dyed hair and a pair of dark brown eyes. Likewise, she usually dyed her hair with different colors like red, purple, blue and so on. And she weighs around 65 kg. 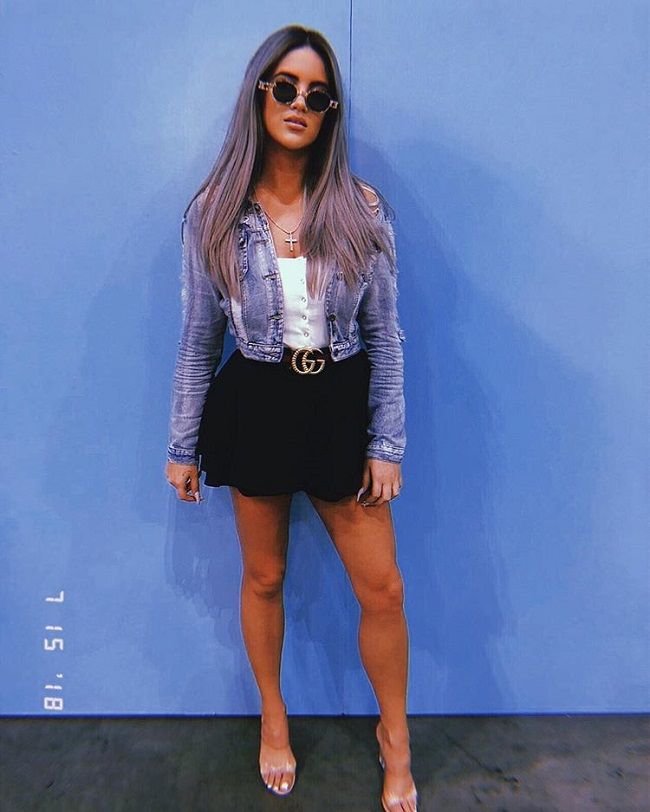 On Instagram, she goes by @nicoleguerriero with more than 1.9 million fan followers. Likewise, she has around 472.6k fan followers on Twitter and more than 608k fan followers on Facebook. Further, she has provided her email id [email protected] for any kind of business inquiries only. In addition, she has a self-titled Youtube channel where she has gained over 2.85 million subscribers.