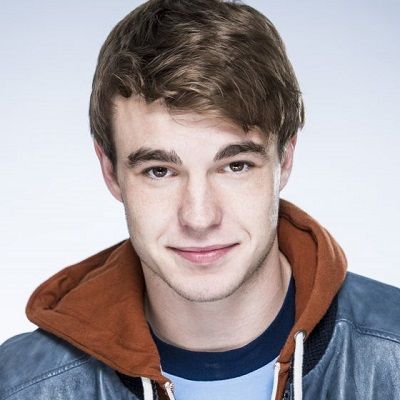 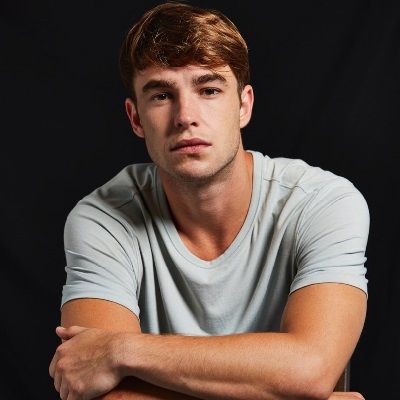 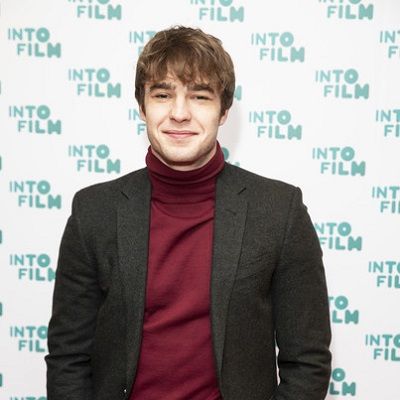 Nico Mirallegro is a British actor most popular for the soap operas “Hollyoaks”, “Upstairs Downstairs”, and “My Mad Fat Diary” among others. Nico Mirallegro also starred in movies like “Six Minutes of Freedom”, “Spike Island”, and “McQueen the Movie” among many other incredible movies.

The prominent British actor is most possibly single at present. Nico Mirallegro doesn’t share much information regarding this issue on his social media accounts. Similarly, he is also not involved in any rumors related to his romantic relationships at present.

Talking about his past relationships, he had been in a relationship with The Hitchhiker’s Guide to the Galaxy actress Dominique Jackson. However, it seems like their romance didn’t last very long as the young actor is currently single.

Nico Mirallegro’s full name is Nico Cristian Mirallegro. He was born on 26th  January 1991 in Heywood, Greater Manchester. His father is Italian whereas his mother is from Ireland. His father’s name is not revealed but he is from Sicily, Italy. Moreover, his mother hails from Malin Head and her name is Maureen McLaughlin.

Sadly, his parents are separated and his father lives in Spain. He himself went to Spain to live with his father for a time as a teenager, more precisely at the age of 13. There, he spent a lonely 18-month period at an international boarding school. He is also good at speaking Italian and Spanish. Further, he also has a sister named Claudia Marissa who was born in 1992.

He is currently 30 years old and a British/English by nationality. Moreover, his ethnic background is Irish-Italian and his zodiac is Aquarius. 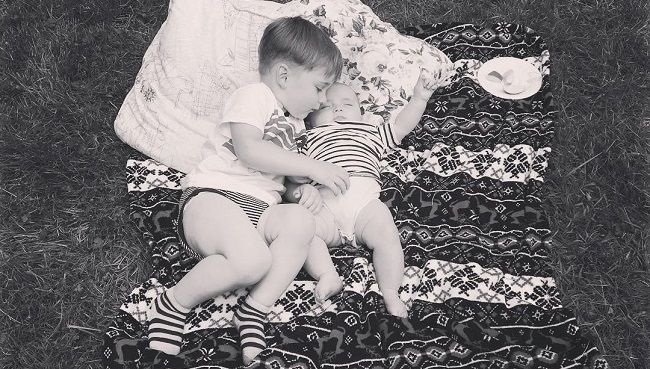 Caption: Nico Mirallegro with his sister in a childhood photograph. Source: Instagram

Moving on to his educational journey, he briefly attended a boarding school outside the UK. There, he was lonely and felt out of place. Then he also attended Siddal Moor Sports College in Heywood and the Manchester School of Acting from February 2007 until winning the role of Barry “Newt” Newton on Hollyoaks.

He once said that he “fell into” acting in his mid-teens after following his sister Claudia to improv classes. At one of his first acting classes, he was “so scared that he had to get one of the other lads to say his lines”.

What does Nico do for a living?

Nico Mirallegro is an English actor best known for his roles as Barry “Newt” Newton in the soap opera Hollyoaks. The soap opera went on from 2007 till 2010. He is also popular for the role of Finn Nelson in My Mad Fat Diary from 2013 to 2015, Joe Middleton in The Village in 2013, and Johnjo O’Shea in Common in 2014. He has also involved in movies, stage productions, and radio programs too.

His character in Hollyoaks was raised in foster care and underwent experiences such as schizophrenia and suicidal tendency. He quit this serial in 2010, to pursue other projects.

He also had a recurring role as an Italian foreign exchange student named Giovanni Mannasori in seven episodes of the BBC One medical soap opera Doctors. Then in December 2010, he was seen in the first series of the BBC One period drama Upstairs Downstairs. He played a young footman named Johnny Proude and reprised the role in the second series. This showed him participating in a boxing tournament. To get to the core of his character, he even took boxing lessons for a while.

Moreover, in 2011, he played the teenage version of John Simm’s character, Tom Ronstadt, in the BBC One three-part psychological thriller Exile. The same year, he also appeared as Sam Villiers, a gay heroin addict, in the BBC drama The Body Farm and as Ben in the short Wheels of Fortune.

Moreover, he also appeared in the controversial 2014 BBC One TV movie Common. His character in this movie is Johnjo O’Shea, a 17-year-old hemophiliac who was also a murder convict under the joint enterprise law. In total, he has been a part of fifteen TV films and dramas since 2007 to present. The latest one is in Our Girl and his character for this series is “Prof”. He appeared in the season 4 of this series. 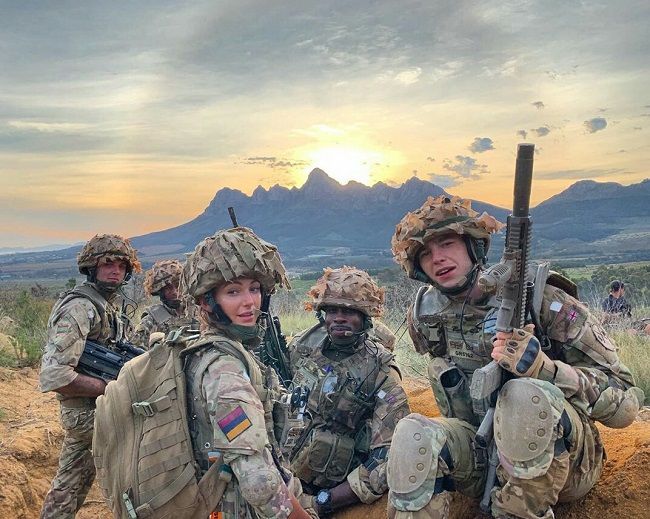 Caption: Nico Mirallegro and his co-stars on the set of “Our Girl”. Source: Tumblr

His first film is the 2009 short film Six Minutes of Freedom. He starred as a troubled teenager training to be a boxer while his father is in prison and the character’s name is Chris. The film entered into four film festivals, and it won “Best New Wave Short Film” at the Yellow Fever Independent Film Festival.

Similarly, in the summer of 2010, he finished filming for his role in McQueen the Movie. He played Sam who is a Jewish boy. The boy is one of the two protagonists of the story. It is set in suburbia in the North of England in the 1990s. Following this, he made an appearance in an episode of the BBC One anthology Moving On. There, he delivered a powerful performance in the series by playing a bullied young gay boy named Jamie.

Mirallegro also portrayed a teenage lead guitarist in a full-length film set in the 1990s. This one is about the Manchester-formed rock band The Stone Roses. Another is the 2012 film, Spike Island. He recalls his time making Spike Island as “six weeks of pure bliss.”

He is also a part of film Shooting for Socrates, which is a 2014 football drama telling “the underdog story of a Northern Ireland team who kick off their world cup against football giants Brazil. The game is a baptism of fire for his character, David Campbell, who makes his Northern Ireland debut in front of 50,000 people the day before his 21st birthday”. They called the film’s cast as talented, but reviews of the script were less positive.

In total, he has appeared in thirteen movies from 2010 to 2018. The most recent one is the 2018 movie Peterloo. For this movie, he plays the role of John Bagguley.

In January 2014, he appeared in the drama The Pass. In the drama, Russell Tovey plays a football player coming to terms with his homosexuality. Moreover, this drama was shown at London’s Royal Court Theatre. Mirallegro reprised his comic role as a hotel bellboy in an “irrepressible performance” in a 2016 film adaptation of the work, which premiered at the BFI Flare: London LGBT Film Festival.

Furthermore, since 2014, he has performed in several BBC Radio 4 dramas. It includes the male character in Orpheus and Eurydice. For this role, BBC Audio Drama Awards in 2016 nominated him for Best Actor. He is also the protagonist in the 2016 program 79 Birthdays. Similarly, he is also the son in Over Here, Over There released the same year. The plight of asylum seekers in the UK inspired the latter, which is a radio drama.

Screen International recognized Nico Mirallegro as one of its “Stars of Tomorrow” in 2012. He also has been lauded as one of the United Kingdom’s “most promising young actors”. To name a few of his award nominations, they are:

Nico is a sincere supporter of Manchester United FC. He is a philanthropist as well. He often plays as part of celebrity football teams in charity matches for Help for Heroes and Once Upon a Smile among other charity. He also enjoys watching French movies.

He also once stated that he would have loved to play Leonardo DiCaprio’s character in What’s Eating Gilbert Grape. Moreover, he loves The Godfather trilogy and enjoys listening to songs by Eminem. He even wrote an Eminem fan book while growing up. Also, Mirallegro’s favorite band is The Stone Roses. Furthermore, he loves animals and he often posts pictures with/of his dogs and horses among other creatures.

Talking about Nico’s body measurement stats, he stands tall at a height of 1.78 meters and he weighs around 75 kgs. Other than that, there is no information about his body measurements like chest-waist-hip, biceps, dress size, shoe size, etc. Nevertheless, he has light brown hair and brown colored eyes. 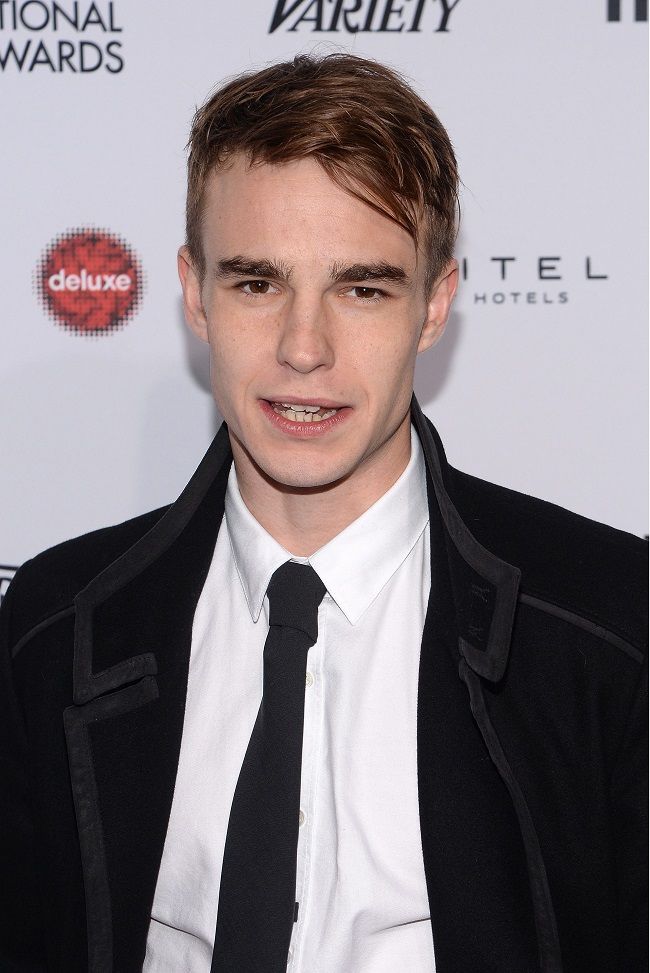 He is available on various social media platforms. He joined Twitter in April 2009 and so far has 220.7k followers. He has a verified Twitter account. Similarly, on his Instagram handle @nicomirallegro, he has 328k followers and 264 posts as of April 2020.