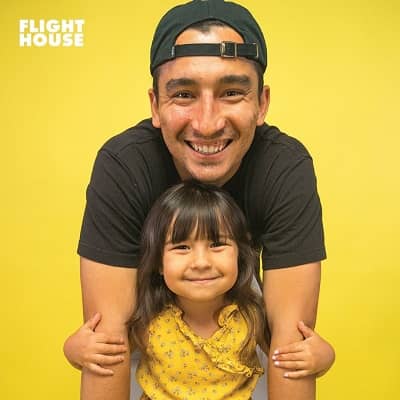 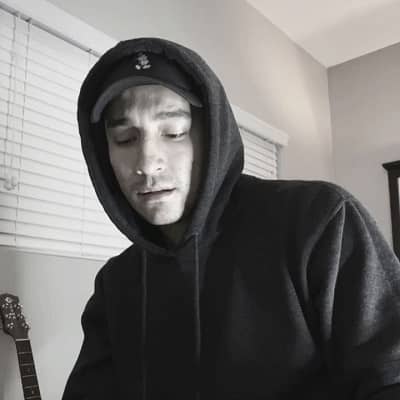 Nick Casas is an American social media personality. Nick Casas is the popular patriarch od the daddy-daughter duo ‘Nick&Sienna’ which grew quite popular on the video making application Tiktok.

Nick Casas was born on 10th September 1991 and is currently 29 years old. His zodiac sign is Virgo. Likewise, Nick was born in the United States of America and holds American citizenship. Similarly, talking about his ethnicity and religion he follows, Nick belongs to the multi racial-ethnic group and follows Christianity. Regarding his family background, Nick has not given much insight into his family members in the media. Likewise, there is no information about his family and siblings in the media. 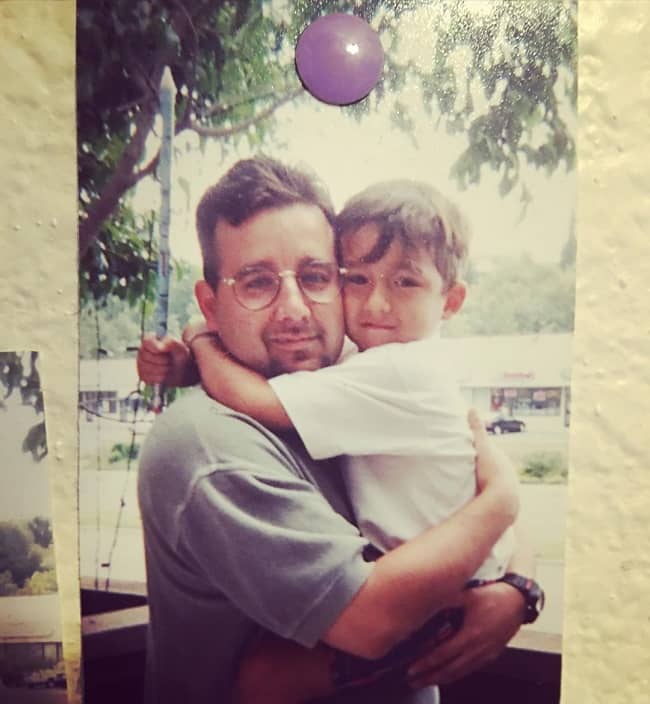 Caption: Childhood picture of Nick with his dad. Source: Instagram

Nick started his social media career through his Tiktok account. Likewise, he started a daddy-daughter duo Nick& Sienna a patriarch duo on social media. Moreover, this duo became quite popular on this app in which they started posting music videos on it. Here he plays guitar and they both sang, as well as vlogged in it. Likewise, his Tiktok account is @nickandsienna and has 12.3 million fans following in it. Moreover, he is a crowned muser and has earned a batch from Tiktok having 501.9 million likes on it. 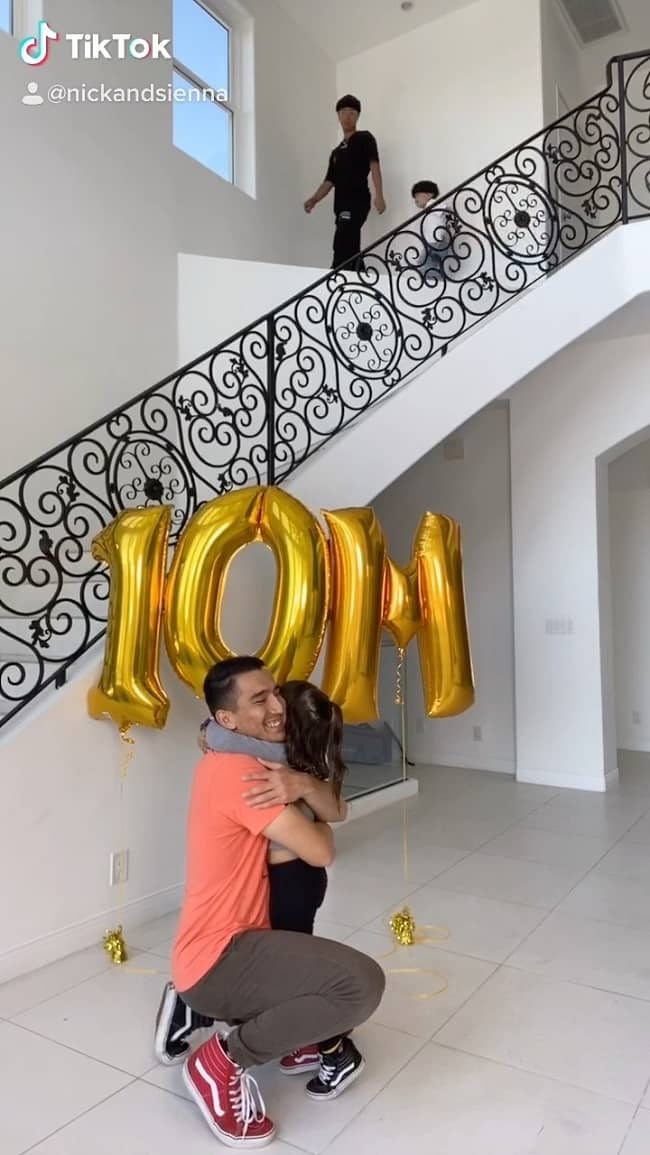 Besides his Tiktok account, Nick also has a father-duo Youtube channel. Likewise, his Youtube channel is ‘Nick and Sienna’ which he joined on 19th January 2019 and has 271k subscribers in it. Moreover, in this channel, Nick shares wholesome family content in it. Likewise, most of his videos are of him singing and Sienna dancing on it. Similarly, his first post on the channel dates back to 18th January 2019. He posted ‘I CAN’T HELP FALLING IN LOVE- SOVER, SIENNA AND NICK’ and has 86k views on it. Followed by this, he posted another video, ’BURNING UP-JONAS BROTHERS BY SIENNA AND NICK’ ON 2ND March 2019, and has 88k views on it.

Moreover, Nick has posted around 27 videos on the channel having more than 5.7 million views in it. Likewise, his highest viewed video is ‘SHALLOW BY NICKANDSIENNA’ which he posted on 23rd June 2019 and has 895k views on it. Similarly, his other popular videos are, ‘SENORITA-SHAWN MENDES & CAMILA CABELLO (NICKANDSIENNA)’, ‘VLOG| HAPPY BIRTHDAY SIENNA!’, and ‘OUR FIRST Q&A – WITH FAN-MAIL AND FROZEN2 EGGS’. These videos have over 512k views on it. Moreover, Nick has also done a collaboration with many fellow YouTubers. Likewise, before working on Youtube, Nick was in the US Marine and served 4 years into it. 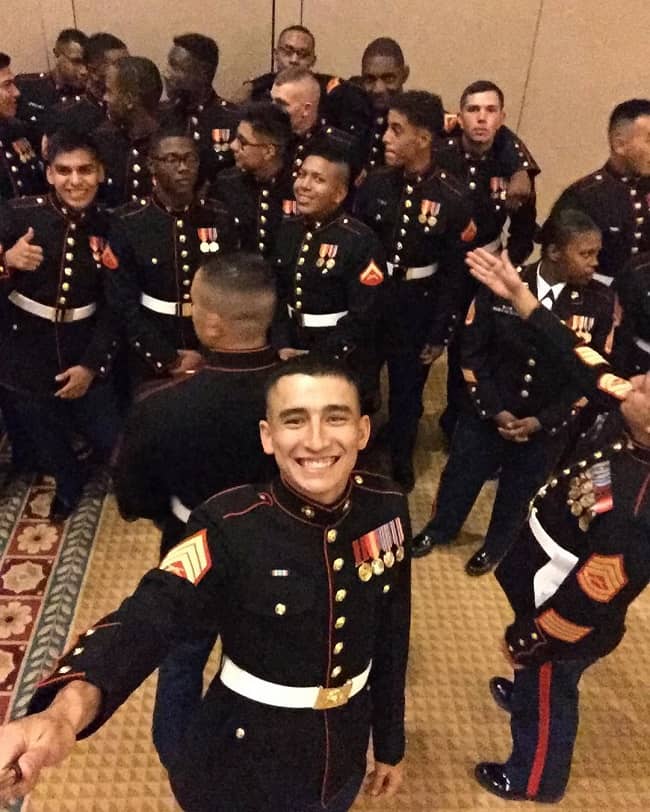 Nick is a social media personality by profession who has his primary source of income through his Tiktok and Youtube channel. Likewise, the father-daughter duo has made quite an impressive popularity in social media within such a short period of time. Similarly, talking about his net worth, it is not yet available in media. However, according to various online sources, Nick has a net worth of around $1 million – $5 million. Likewise, there is no information about his asset values available in the media.

Nick is straight and in a relationship. He started dating someone naming Zarah since early 2020. Moreover, Nick has a daughter with his previous relationship. He became a father in his mid-20s to a beautiful girl Sienna. 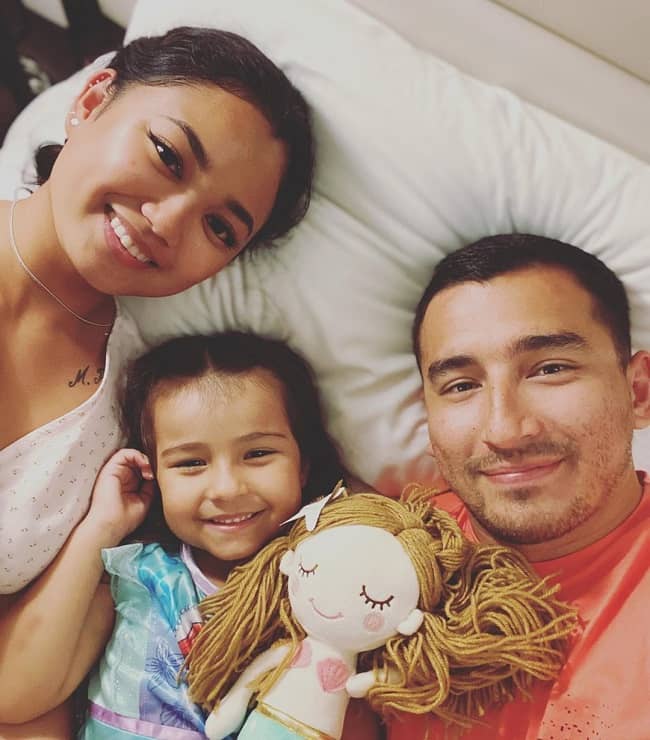 Caption: Nick with his daughter and girlfriend. Source: Instagram

Nick has a charming and humble personality. Likewise, he has a fit and tall body physique but his body measurement like height, weight, and vital stats are not yet available. Similarly, looking at his physical appearance, Nick has a fair skin type with black hair color and dark brown pair of eyes.

Reflecting upon his social media presence, Nick is active on Instagram beside his Tiktok and Youtube channel. His Instagram handle is @nickandsienna and has 518k followers in it.