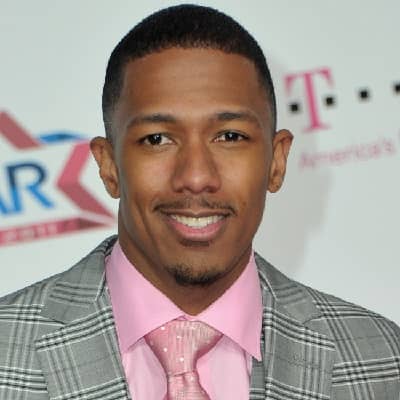 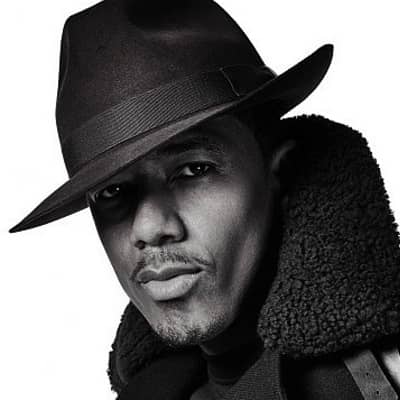 Nick Cannon is an American rapper, actor, comedian, record producer, and entrepreneur. The multi-faceted personality is also a radio and television host! Nick Cannon is famous for being the host of the hit reality show ‘America’s Got Talent and also for hosting ‘The Nick Cannon Show’. Besides this, he is also the Chief Creative Officer for ‘Radioshack’. Due to Cannon’s immense success in the film, music, and radio industry, he is widely popular as a multitalented figure.

Nick Cannon was born on October 8, 1980, in San Diego, California. He was born to James Cannon and Beth Cannon.

During most of his childhood, Cannon was with his paternal grandfather, whom both he and his biological father.

As a child, Cannon grew up in Lincoln Park’s Bay Vista Housing Projects, which is a gang-ridden section of Southeast San Diego. Cannon holds an American nationality and follows Christianity. He is 30 years old.

Moreover, Gabriel Cannon is his sibling’s name. In 1998, he graduated from Monte Vista High School in Spring Valley, where he was president of the African Student Coalition and participated in track and field.

Cannon enrolled at Howard University in 2016 and graduated in 2020 with a bachelor’s degree in Criminology/Administration of Justice and a minor in Africana Studies. 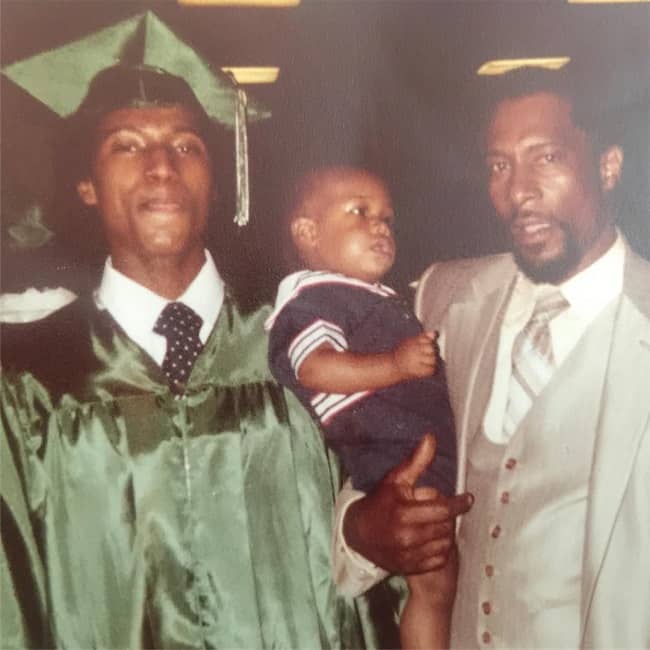 Nick Cannon with his father and grandfather (Source: Instagram)

Cannon married singer-songwriter Mariah Carey on April 30, 2008, at her private estate on Windermere Island in the Bahamas.

On April 30, 2011, on their third wedding anniversary, Carey gave birth to fraternal twins: a daughter Monroe (after Marilyn Monroe), and a son Moroccan Scott, because Cannon proposed to Carey in her Moroccan-style room; Scott is Cannon’s middle name and his grandmother’s maiden name.

After six years of marriage, the pair separated and filed for divorce in 2014, but reunited briefly in 2015. Then, they divorced in 2016. 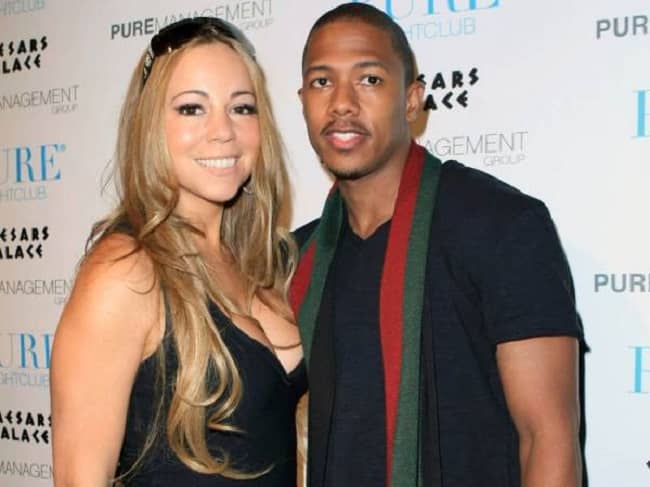 Nick Cannon started his music career as a teenager in 1999. He formed a rap group named ‘Da G4 Dope Bomb Squad’ along with his friend Steve Groves.

In 2001, he was signed by ‘Jive Records’ and was present in the cover song ‘Parents Just Don’t Understand’ for the ‘Jimmy Neutron: Boy Genius’ film soundtrack.

After this, he released his self-titled album in 2003. Then in 2005, he formed his label ‘Can-I-Ball Records’ and released the single ‘Can I Live?’

However, this record label was dissolved and was replaced by a new one titled ‘N’Credible Entertainment’ in the year 2009.

The rapper then released his debut mixtape ‘Child of the Corn’ on December 6, 2011, followed by the second mixtape ‘The Gospel of Ike Turn Up: My Side of the Story’ on November 16, 2016.

Cannon released ‘The Invitation’ on December 9, 2019, which was a response to Eminem’s feature on Fat Joe and Dre’s ‘Family Ties’, dissing Cannon.

In 2010, he began hosting the morning show at 92.3 NOW FM alongside Southern Sarah Lee and Nikki. After this, he was signed up for a weekly program ‘Cannon’s Countdown’.

In the same year, Cannon announced that he would go on a comedy tour for the ‘Just for Laughs’ festival in Montreal.

The following year, he recorded his stand-up comedy special ‘Mr. Showbiz’ in Las Vegas. He created, hosted, and produced the MTV comedy series ‘Wild ‘N Out’ in 2005.

The same year, he hosted Nickelodeon’s 2005 ‘Kids’ Choice Awards’. After this, he served as the DJ on the ‘Bigger, Longer, and Wider’ show.

Then in the year 2009, he hosted Nickelodeon’s ‘HALO Awards’. That year, he was signed as the host of ‘America’s Got Talent’ and served in that position till 2016.

The following year, he served as an honouree at the ‘Ebony Magazine Power 100 Awards’. Cannon was then signed for the comedy-drama musical film ‘School Dance’ in 2014.

The same year, he started hosting ‘Caught on Camera’ on NBC. That year, he was also present in the American film ‘Drumline: A New Beat’. In 2016, he returned to host the eighth season of ‘Wild ‘N Out.’

It was announced in 2019 that Cannon would be appearing in his own syndicated daytime talk show in 2020 via Lionsgate’s ‘Debmar-Mercury’ and his production company ‘NCredible Entertainment.

He has been serving as the chairman of Nickelodeon network’s ‘TeenNick’ since 2009. In 2015, he was given the name of the Chief Creative Officer for the wireless and electronic store network ‘Radioshack’.

Cannon was hospitalized on January 4, 2012, for treatment of “mild kidney failure”, and again on February 17, 2012, after a pulmonary embolism. On March 5, 2012, he announced that his kidney problems were due to lupus nephritis. 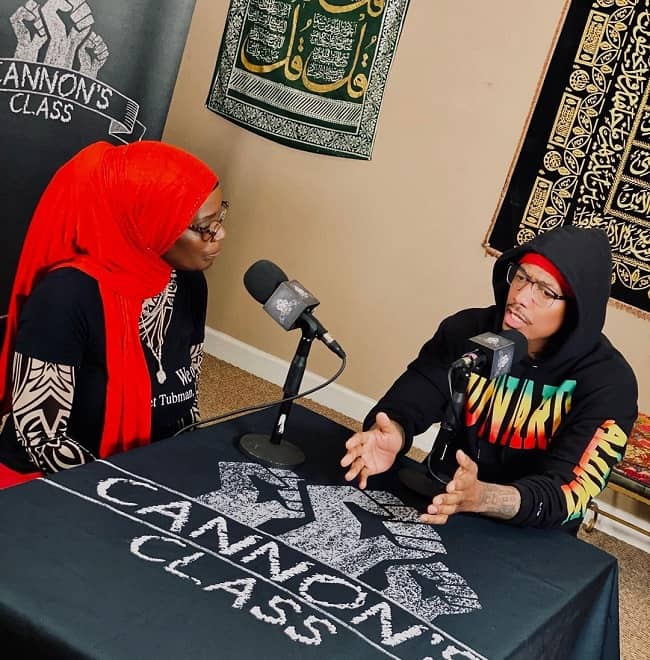 His net worth is around $10 million. His income source is from his singing career as well as from his work as a comedian, actor, record producer, and entrepreneur.

In 2009, rapper Eminem released a track titled ‘Bagpipes from Baghdad,’ which made fun of Cannon’s wife Mariah Carey.

Cannon responded to this on his Twitter account. After this, Eminem responded with his mixtape-style track named ‘The Warning,’ which addressed both Cannon and his wife.

On July 14, 2020, Nick Cannon was fired by ViacomCBS after making racist and anti-Semitic remarks during an episode of his podcast with Professor Griff.

Cannon endorsed conspiracies about Jewish control of finance, claimed that Jews had stolen the identity of black people as the “true Hebrews”, and cited Louis Farrakhan, who is labeled as an anti-semite by the Southern Poverty Law Center and Anti-Defamation League.

Cannon also made black supremacist statements, calling white people “savages” who were “closer to animals”, claiming the “only way that they can act is evil”, citing the pseudoscientific melanin theory.

Two days later, Cannon released an apology only for his remarks regarding anti-Semitism. At the same time, he has demanded complete ownership of Wild ‘n Out, and an apology from ViacomCBS for his termination.

The controversy led to British rapper, Wiley supporting him, which in turn caused allegations of antisemitism against the rapper.

Regarding Nick Cannon’s body measurement, he has a good height of 6 feet tall or 1.83 meters. He weighs around 67 kg or 147 lbs.

In addition, he has black eyes and also black hair. Moreover, his body measurements are 46-32-36 inches. Cannon wears a shoe size of 7 (US) and his biceps sizes are 21 inches.

He is a fitness freak. So, he has a muscular and healthy body.

Talking about his presence on the social media platform, he is quite active there.

Moreover, he has his own YouTube channel with 451 K subscribers. He uploads his comedy videos, rap videos, interviews, etc there.