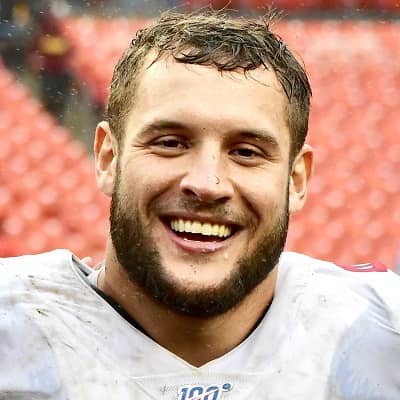 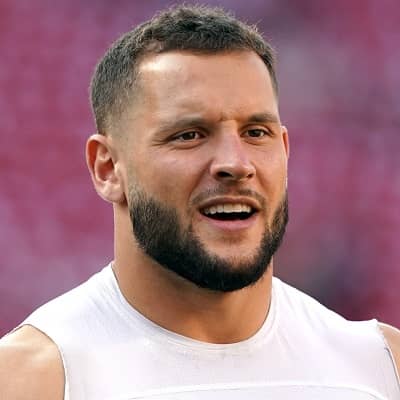 Nick Bosa is an NFL player from the United States who plays in the defensive end position for the Ohio State Buckeyes. Moreover, Nick Bosa was selected by the San Francisco 49ers in the 2019 NFL Draft.

Nicholas John Bosa best known as Nick Bosa was born on 23rd October 1997, in Fort Lauderdale, Florida, the United States of America. As of now, he is 24 years old and he is a citizen of the United States. Moreover, he has a birth sign of Scorpio and he has the nickname ‘Smaller Bear’.

Talking about his parents, he is the son of John Bosa (father) and Cheryl Bosa (mother). In addition, he has a brother whose name is Joey Bosa. His brother, Joey is also an NFL player who was drafted by the Los Angeles Chargers in the 2016 NFL Draft. 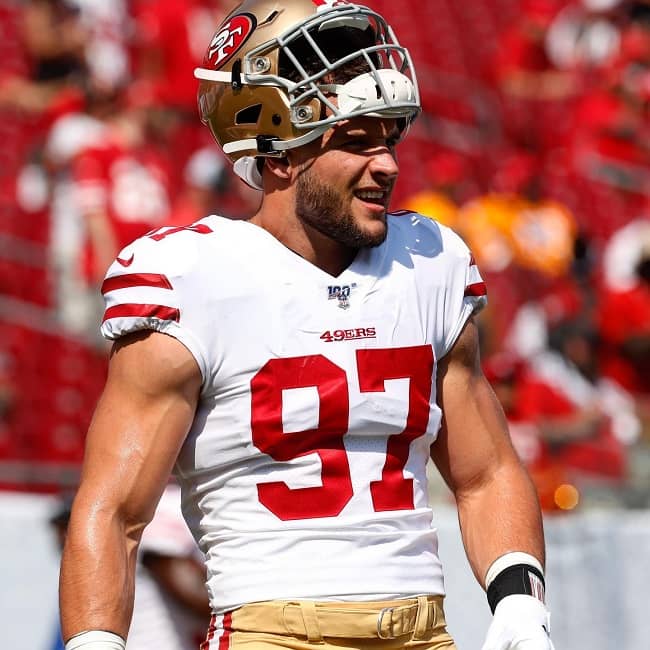 Talking about his academic career, he studied at St. Thomas Aquinas in Fort Lauderdale, Florida. Later, he enrolled at Ohio State University. As a true freshman at Ohio State in 2016, he appeared in all 13 games, earning 29 tackles, seven for a loss, and five sacks. In seven games during his sophomore season, he was named the Buckeyes’ starting defensive end.

For his 32 total stops (14.5 for a loss) and a team-leading seven sacks, he was voted unanimous First Team All-Big Ten and the Smith-Brown Big Ten Defensive Lineman of the Year. He also added two pass breakups, eight quarterback hurries, and a blocked kick to his point total.

In addition, he underwent abdominal muscle surgery on September 20, 2018, and has been ruled out indefinitely. He announced his withdrawal from Ohio State for the remainder of the season on October 16. He decided to forego his senior year and pursue the 2019 NFL Draft after the season. 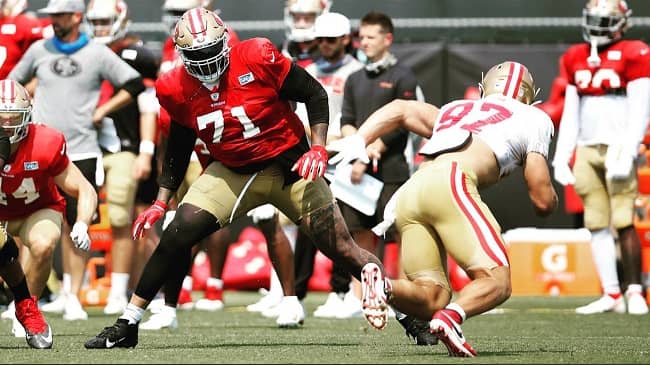 Nick began his professional career when the San Francisco 49ers selected him in the first round with the second overall pick in the 2019 NFL Draft. He also agreed to a four-year contract worth $33.5 million with the San Francisco 49ers, which included a $22.5 million signing bonus. His first game was against the Tampa Bay Buccaneers. He faced the Cleveland Browns, Carolina Panthers, Minnesota Vikings, Kansas City Chiefs, and other teams in the following games.

Nick also had 47 tackles, nine sacks, a forced fumble, two fumble recoveries, two pass deflections, and an interception in 16 games and 14 starts during his first season.
He was placed on injured reserve on September 23, 2020, after suffering a damaged ACL. As part of his recovery, he engaged a private chef and stuck to a strict, protein-heavy diet.

On September 12, he returned to the field for the first time. During the game, he had four solo tackles, three tackles for loss, and one sack of Jared Goff. He had his tenth sack of the season against the Jacksonville Jaguars in Week 11, surpassing his rookie-season total of nine.

As of now, his net worth estimates at around $23.7 million which he earned from his football career and he has not disclosed his income and salary in public yet.

Talking about his relationship, he has not disclosed his relationship status in public yet. So, we can assume that he is single and unmarried. And, he is not a part of controversy or rumors and focuses on his career.

This athlete is 6 feet 4 inches tall and weighs around 121 kg. Moreover, he has brown eyes with light brown hair color and there is no information regarding his other body measurements. 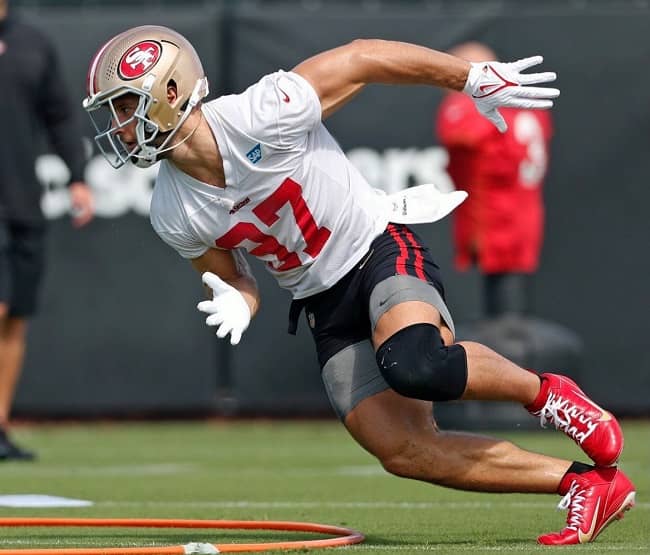