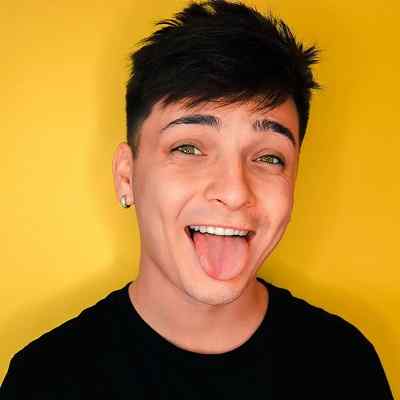 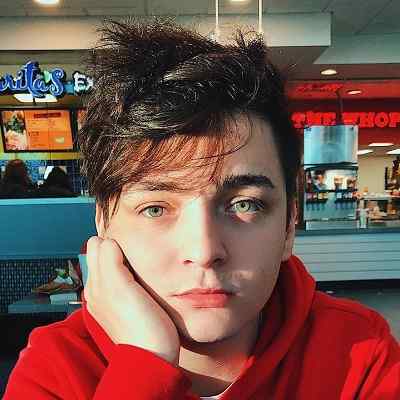 Nick Bean is an American internet and social media personality. Nick Bean is popular for his “Nick Bean” Youtube channel. He is also a YouNower and Instagrammer. He has published a lot of successful music that has gone viral over the internet along with his prank videos and daily vlogs. Moreover, he uploads regular content on his YouTube Channel and chats with his fans in his YouNow Broadcasts.

Nick Bean was born on March 13, 1995, in Maiden, North Carolina, USA. His full name is Nicolas David Bean. He is 26 years old and in under the birth sign Pisces. Likewise, Nick holds the American nationality and his ethnicity is North American.

The name of his mother and father is not available at the moment. However, we know that both of his parents are American. And, he has a sister as well but her name is not available as well. Moreover, his family moved to San Antonio, Texas when he was ten years old. Likewise, Nick Bean has also hinted in several of his Youtube and other videos that his relationship with his mother is quite strained. 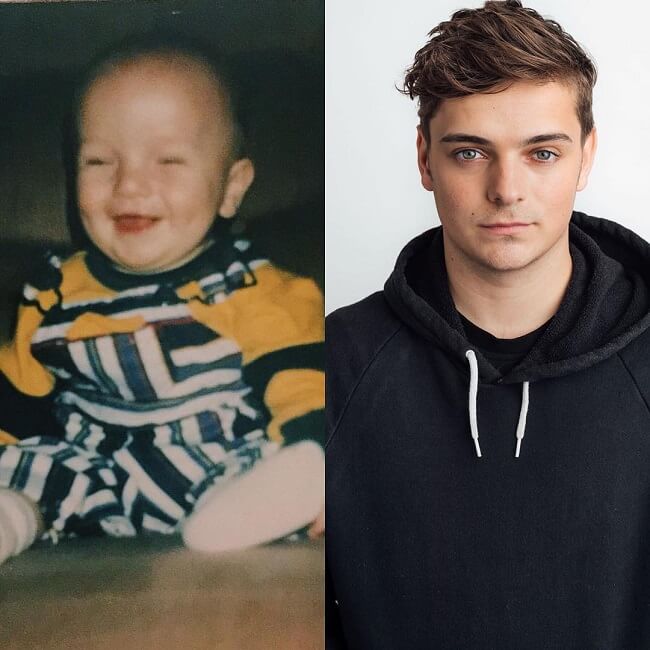 Caption: Nick Bean on his childhood photo in the right side vs no w picture (Source: Instagram)

Regarding Nick Bean’s educational background and qualifications, there is no information about the educational institutions and the subjects. Considering Mr.Bean’s age, he must have graduated his high school and must be attending the university unless he is a dropout or he quitted his further studies.

Nick Bean had an interest in pursuing a career as a social media personality since his childhood. Nick is a multitalented individual. He joined YouNow in the year 2014 and Youtube in the year 2015. And, he posted his first Youtube video on January 17, 2015. Surprisingly, his channel garnered 5000 subscribers within a week.

Nick’s content is versatile with producing humorous skits, prank videos, and freestyle rap numbers as well. Naturally, his viewers and followers are hardly ever bored by watching his Youtube videos. Likewise, his videos have gathered more than a million views on average.

Furthermore, Nick is a very talented musician as well as an accomplished rapper. Nick’s first-ever venture as a music producer happened with NetFlix and Chill. And, this definitely brought the internet user’s attention to him and it has millions of views until now. Eventually, after releasing this music, it definitely helped him pave a way for his other musical ventures such as the original songs “WifiWifey” and “Bubble Gum Girl”. These songs went viral over the internet. They have several millions of views on his channel alone.

Moreover, Nick has collaborated with many other successful social media stars and influencers such as Loren Beech, Last Mann, Brandon, and Hunter Rowland as well. And has posted various videos making pranks, doing experiments, and even commentary with them. Likewise, Nick Bean has also joined Social Media Elites such as Baby Ariel, Mario Selman, Zach Clayton, Loren Beech, Weston Koury, and Brennen Taylor to a collaborative Youtube channel named “Our Journey”.

Nick also owns another Youtube channel named “Beans”. But he is not much active on this channel. He posts reaction videos on this channel. This channel only consists of seven videos until now. The channel has not been active for more than a year.

Similarly, Nick is also a part of the YouNow collaborative team 5squad along with Zach Clayton, RudanCustodio, Edwin Burgos, and Timmy Connors. The 5quad do their YouNow broadcasts together. It eventually attracts a lot of traffic by virtue of their witty content and entertainment news as well. Moreover, the DigiTour’s Slay Bells Ice Tour has featured Nick. Likewise, Nick performed his viral “WifiWifey” in every city that the group visited.

Nick Bean’s brand of humor is quite sarcastic and dark. And his subscribers seem to lap it up as well. Moreover, among the 5quad members, he has a nickname as “Lizard”. He has that nickname because he does a special trick with his eyes that gives him a reptilian look. Likewise, Nick is attached to his viewers and supporters very much. And he often follows them back in a very non-celebrity style fashion. Furthermore, Nick Bean’s on-point sarcasm, humility, cute and good looks, and have helped him gain success at social media. And there is definitely no wonder that the list of Nick Bean’s followers is getting quite long and it currently includes Cameron Dallas as well, who is a very popular social media star. 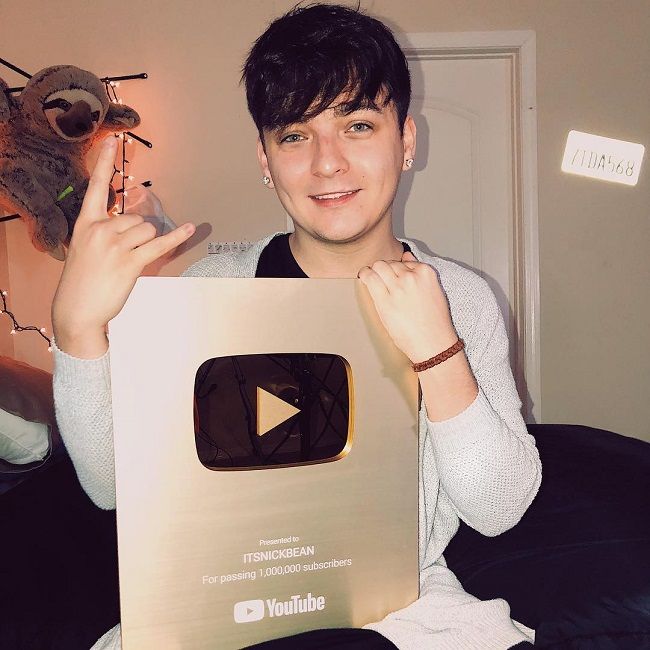 Nick Bean has never received awards until now. However, he was nominated in “YouNower of the Year”. Looking at his popularity and success, he may get an award in the near future.

Nick’s main income source is Youtube. And, according to idiowiki,  his net worth is approximately $0.4M. Other than this, no information about his other incomes and salary is available.

Nick Bean is currently single. He is more focused on his career at the moment. However, talking about his past relationships, he recently dated a fellow Youtuber and her name is Bianca Sotelo. She is a social media influencer as well. The couple has had a nickname as well which was given by their fans as “@Nianca”. They often featured each other in their Youtube videos as well. Sadly, the couple broke up in 2018. After that, Nick has been single.

Moreover, Nick has dates Madeline Philips in 2015 who is a Youtuber as well. They broadcasted together quite frequently on YouNow. But they broke up in the same year, 2015. Likewise, there also was a rumor that Nick Bean was in a relationship with yet another YouNower star, Maddie Welborn. 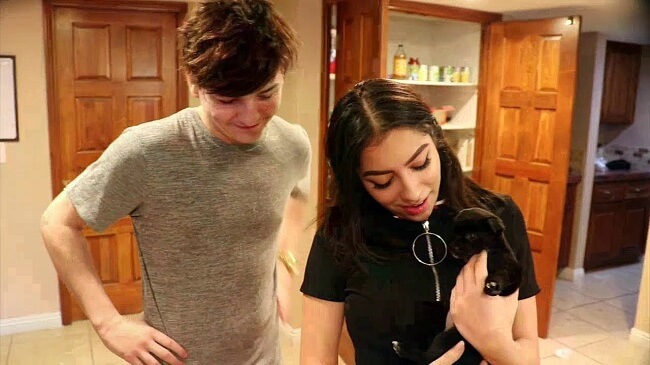 His YouTube video along with his then-girlfriend Bianca Sotelo titled “Whatever You Draw I Will Buy Challenge” got negative response from his fans. Nearly 800 comments on the video struck and hated on her. Likewise, his fangirls did not like her in the video about Nick and blamed her for being a gold-digger and criticized everything she did. He referred to her as the “ex-girlfriend” in the video as his jealous female fans don’t want him in a relationship with another girl.

Since the video, he has not appeared in another video with Nick and he has made no appeared of their relationship or that they are a couple. As of now, he is controversy-free and maintained a good profile over social media handles. There is no drastic rumors and controversy regarding his personal as well as professional life.

Nick Bean’s height is 5 feet 6 inches and his weight is 65 Kg. But, his other body measurements such as chest, waist, hips and other sizes are not available. Moreover, he has green eyes and black hair. However, he keeps experimenting with his hair with different colors as blonde, green, and brown.

Nick is pretty active on his social accounts. He has garnered 925K followers on Instagram and 1.68M subscribers on Youtube. Similarly, he has mustered 193.4K followers on Twitter and 164,747 followers on Facebook. Likewise, he is active on YouNow as well and has 843.5K fans on it whereas his other Youtube channel has 96.7K subscribers.