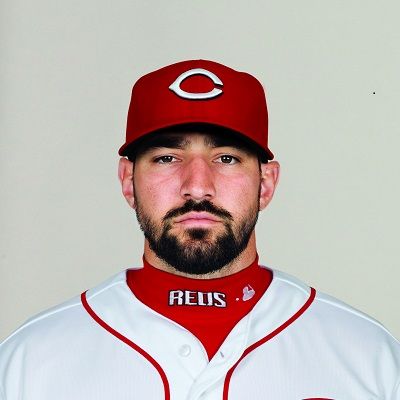 The American baseball right fielder was born on March 4, 1992, and is currently 28 years old. He is a single child and grew up with his parents, Michele, and Jorge in South Florida.  His mothers’ family is based in Michigan. He belongs to an American nationality. 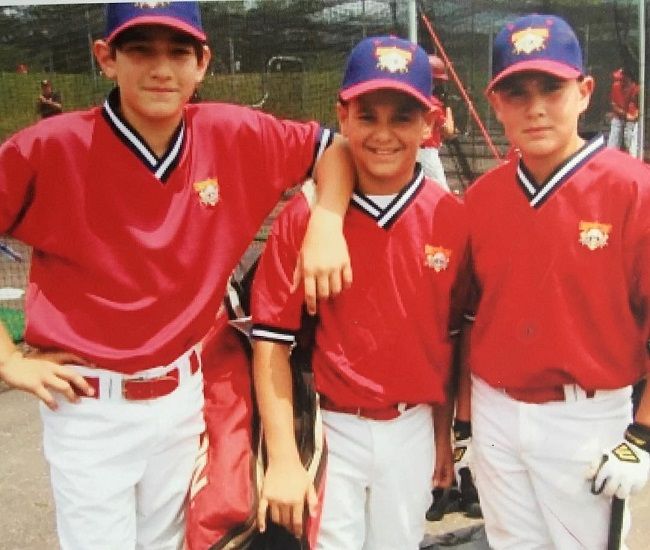 Castellanos studied in the American Heritage School in Plantation, Florida and played for the school’s baseball team. Thus, he was transferred to Archbishop McCarthy High School in Fort Lauderdale, Florida, before his junior year.

Nicholas was named Gatorade Player of the Year for the state of Florida after finishing his senior season with a .542 batting average, 34 runs scored, 41 runs batted, and 22 stolen bases. He was drafted by the Detroit Tigers with the 44th overall pick in the 2010 Major League Baseball Draft.

Moreover, he was rated as the third-best power-hitting prospect as well as the fourteenth best overall prospect by Baseball America. He played seven games for Gulf Coast Tigers. He then played for the West Michigan Whitecaps of the Class-A Midwest League. Castellanos made his major league debut as a left-field on 1st September 2013.

Moreover, on January 17, 2018, the Tigers avoided arbitration with Castellanos, agreeing on a one-year contract worth $6.05 million. On August 13, Castellanos went 5-for-5 with 5 RBIs, for his first career five-hit game. Hence, Castellanos hit a career-high .298 in the 2018 season, adding 23 home runs and 89 RBI.

Lately, in 2019, the Tigers avoided arbitration with Castellanos, agreeing on a one-year contract worth $9.95 million. His overall numbers for 2019 included a .289 batting average, 27 home runs, 73 RBI, and an MLB-leading 58 doubles.

On 17th January 2018, Nicholas signed a year contract with Tigers for $6.05 million which included the signing bonus, base salary, and an annual salary. However, he is not doing any brand endorsements. On January 27, 2020, he signed a 4-year $64 million dollar contract with the Cincinnati Reds.

Nicholas Castellanos married Vanessa Hernandez in 2015. They also have a son named Liam who was born in August 2013. The couple failed to continue their relationship. As a result, they separated in 2016 even being the parents of a child.

Currently, Nicholas started dating Jess Gomez in 2017. Moreover, they seem to be supportive of each other.  The duo married on February 8, 2021. 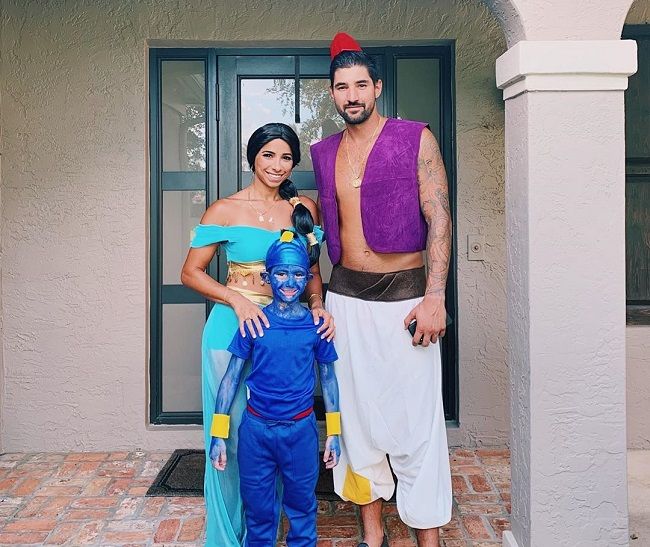 Caption: Nicholas Castellanos with his family in Aladin dress up (Source: Instagram)

There was a trade rumor between the 3 teams involving Boyd, Castellanos, Greene. In this trade, the Chicago Cubs had to give up Brennen Davis, Aramis Ademan, Carl Edwards Jr, and receive Nicholas Castellanos and Shane Greene.

Castellanos is 6 feet and 4 inches tall and weighs 94kg.  However, there is no information about his body size.