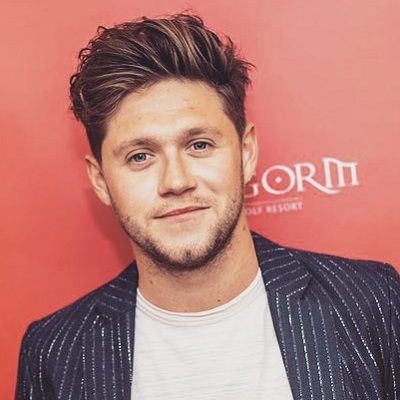 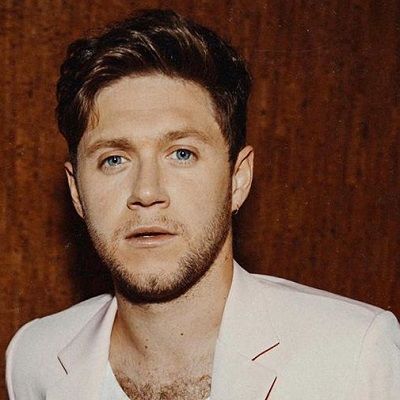 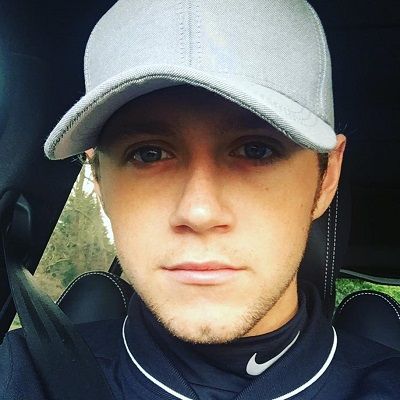 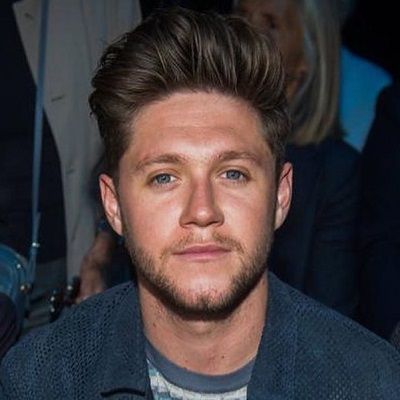 Niall Horan is a famous Irish singer and guitarist, who is best known for being a member of the popular boy band ‘One Direction. Niall Horan was quite fond of music from a young age and often played the guitar. He gained fame after auditioning in the seventh series of the British singing series ‘The X Factor.

Niall Horan was born in Mullingar, Ireland, on September 13, 1993, and is currently 29 years old. He was born Niall James Horan. He is Irish by nationality and his zodiac sign is Virgo. His father’s name is Bobby Horan and his mother’s name is Maura Gallagher. Moreover, he has one older brother named Greg Horan and a nephew named Theo. 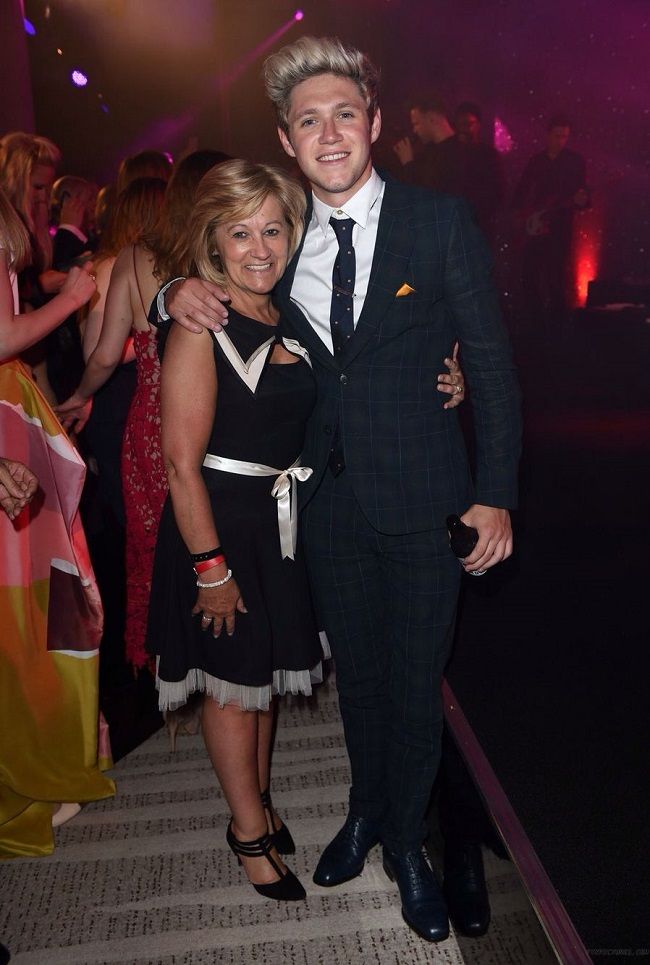 Niall’s parents split when he was about five years old. Then, his mother remarried. He and Greg moved back and forth between their parents’ two households before settling in with their father.

He joined St.Kenny National School, where he presented in school plays and sang in the school choir. Moreover, he attended secondary school at Coláiste Mhuire. As a teenager, he performed at the Mullingar Arts Centre and The Academy in Dublin. Apart from music, he is also quite fond of sports and is an ardent follower of Cricket, Football, and Tennis.

In an interview, Horan revealed that he followed several artists such as Michael Bublé, Frank Sinatra, and Bon Jovi. He insisted that he could relate to Michael Bublé’s journey very much since both of them had a similar life story.

He collaborated with ace golf player Justin Rose for a social cause in 2016. They got together for an event called ‘Horan and Rose Gala’ in a bid to help kids and teens across the UK who are suffering from Cancer.

Horan also participated in a soccer match in 2016, which was an event organized by ‘UNICEF’ to raise funds for charity. He played in a team that included several celebrities such as actor and activist Michael Sheen, singer Nicky Byrne, as well as chef, Gordon Ramsay. And after getting badly injured during a soccer match in 2010, Horan was helped by José Mourinho. The latter called Niall to attend physiotherapy sessions along with the team’s players.

Young and talented Horan earns from his career as a singer. He earns through contracts, records sales, concerts, tours, and endorsements. However, he surely pockets a huge amount of money through his profession. His estimated net worth is around $70 million as of 2020.

Niall and Hailee Steinfeld first started dating when they both performed on the Jingle Ball Tour in 2017. A few months later, the two were spotted getting close at a Backstreet Boys concert. From there, it seemed like the two were always together, taking trips around the world to see and support each other.

In August 2018, photos of the two sharing a pretty steamy kiss surfaced on Daily Mail’s website. The two of them were known to be extremely secretive about their relationship. They did not post much about each other on social media and refused to discuss the dating rumors in interviews.

For example, when Us Weekly asked Steinfeld about it, she said that “there are boundaries to a person’s life and personal life,” and did not confirm or deny her relationship with Horan. Horan and Steinfeld were spotted together numerous times. They were even seen kissing in Los Angeles at one point, which onlookers took as confirmation that they were very much together.

However, Horan and Hailee seemed to have broken up by December 2018. After they had been private about their relationship, neither side confirmed why they parted ways. Nevertheless, an insider allegedly said to Us Weekly: “Niall wrapped up his tour and had more free time, but Hailee’s work schedule ramped up, so they didn’t have time for a relationship. They still have a lot of love for each other.” It has been reported that Horan’s new song, “Put a Little Love on Me” could be about his breakup with Steinfeld. 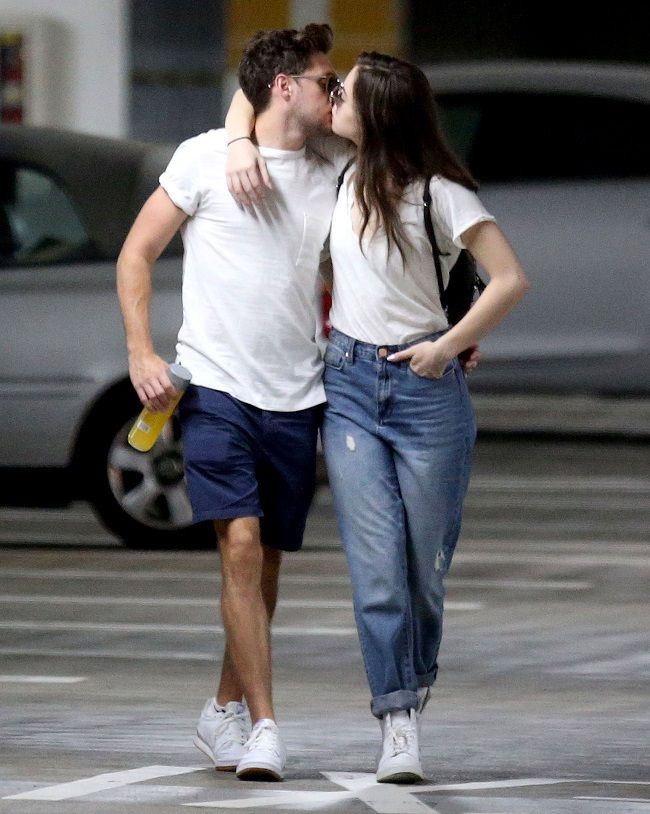 Who else has Niall Horan dated?

Before Steinfeld, Horan was linked to several people, though he was tight-lipped about those relationships as well. In 2014, it was believed that Horan had an on-and-off fling with Hungarian model Barbara Palvin, but a source said that they “fizzled out as Niall and Barbara are both working in different parts of the world.”

He and Melissa were first spotted spending time together back in 2015 when a photo of them sharing a smooch was leaked by a 1D fan. A student at the time, Melissa balanced her books and somehow stayed close to Niall by keeping him company while on tour for a few months. As the 2015 tour was finally wrapped, she visited Niall in London, and according to a story in the Mirror, Melissa was a “hit with all of his friends.” They separated ways in June of the same year.

Meanwhile, he and Selena were spotted kissing at Jenna Dewan’s birthday party in December 2015, the rumor mill started up again. Moreover, a story in Us Weekly stated that the two “seemed very close and like they were together. They left together, she grabbed his arm on the way out and held onto it.”

Weeks later, Selena flew out to support him when he performed on the X Factor finale show. In an interview with Entertainment Tonight, Selena denied any rumors of the two datings, but she did state that she “loves him” and “always has.”

He and Ellie were never overtly open about their relationship, but one song released in 2014 pretty much confirmed the two were a couple. “Don’t” by Ed Sheeran is believed to be about Niall and Ellie’s affair while Ellie was dating Ed. Talk about airing out some dirty laundry.

A few years after the two ended things, Ellie told Seventeen that she and Niall are “still friends.” She went on to explain that they “went on a few dates, and it was really fun. He’s a, really, lovely guy.” Ellie continued to gush over him, saying that his sense of humor is huge and he’s incredibly caring.

What about his current relationship status?

Furthermore, it does not seem like Horan has found another serious relationship after his breakup with Hailee. As being a popular celebrity, there has not been a shortage of dating rumors swirling around him. Also, there were rumors that he and Goulding might have gotten back together.

A lot of fans suspected that Horan could be dating Selena Gomez back in October. Nevertheless, neither of these relationships ended up manifesting into something serious.

Earlier this month, Horan confirmed in an interview that he does not have a girlfriend and is “very much single.” He is currently living a single life. The 26-year-old also seems to just be focusing on promoting his new single, “Put a Little Love on Me” and his upcoming album that is to be released in 2020.

Niall Horan rose to fame in the early 2010s as a member of One Direction. Not long after releasing their first single, the five-piece boy band quickly became an international sensation.

Competing on ‘The X Factor

In 2010, Horan auditioned for the television talent competition ‘The X Factor. He went through many rounds of preliminary auditions, culminating in a performance for the program’s judges, including Simon Cowell and guest judge Katy Perry, in Dublin.

Further, he sang a version of Ne-Yo’s “So Sick” and was accepted into the official competition. He was among the few participants of that season who chose the ‘X Factor Bootcamp’ to polish their skills. Nicole Scherzinger, who was one of the guest judges of the reality show, suggested that Horan team up with four other fellow contestants and form a band of their own.

Even though he was out as a solo contestant after the semifinals, the judges combined Horan with Harry Styles, Liam Payne, Zayn Malik, and Louis Tomlinson to form the boy band ‘One Direction. 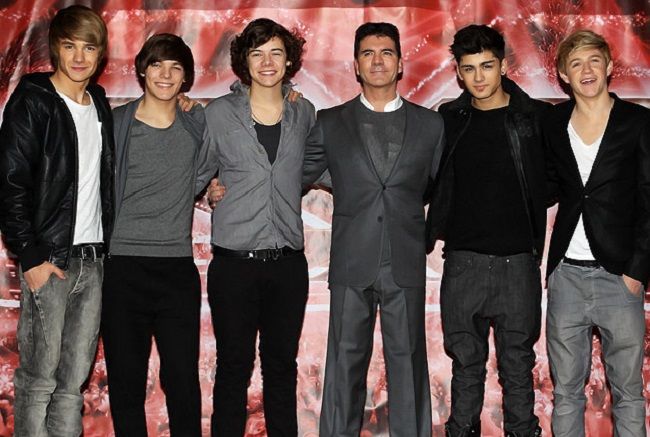 Journey as a member of One Direction

Even though ‘One Direction’ did not get into the final round of ‘The X Factor, the band immediately received a contract with Cowell’s label Syco and recorded its first album, Up All Night, which was a best seller in the United Kingdom in 2011 and the United States in 2012.

The band started their journey by performing covers of several popular songs, such as Kelly Clarkson’s ‘My Life Would Suck Without You’ and singer Bonnie Tyler’s composition ‘Total Eclipse Of The Heart’. The band performed at several venues together and with the help of ‘The X Factor judge Simon Cowell, it bagged a contract worth 2 million pounds with the record label ‘Syco’.

Soon, the band traveled to several parts of the United Kingdom and performed at crowded venues. However, around 500,000 people in total attended the various concerts of ‘One Direction.

In 2011, the release of the band’s first album, titled ‘Up All Night’ went on to become a huge success worldwide. Horan enjoyed tremendous success with his bandmates, their albums Take Me Home (2012), Midnight Memories (2013), and Four (2014) all debuted atop the Billboard 200.

One Direction weathered the departure of Malik in March 2015, but by then the demands of a relentless schedule had taken its toll on all members of the band. Not long after releasing Made in the A.M. in November 2015, Horan, Payne, Styles, and Tomlinson went their separate ways for an indefinite break.

He signed a deal with the label ‘Capitol Records’ for his independent venture in 2016. He released his single song, ‘This Town’ in September 2016 and went on to become a chartbuster. It grasped the 9th and 20th spots on the ‘UK Singles Chart and the ‘Billboard Hot 100’ charts respectively.

He followed with two more singles, “Slow Hands” and “Too Much to Ask,” before finally delivering the chart-topping album Flicker in October 2017. And after spending enough of 2018 on tour, Horan unveiled the singles “Nice to Meet Ya” and “Put a Little Love on Me” in the latter stages of 2019, ahead of the intended release of his second solo album. Furthermore, he released his second solo studio album, Heartbreak Weather in March 2020.

Niall’s boy band, ‘One Direction’ has won multiple Kids’ Choice Awards for their albums Up All Night and Take Me Home. One Direction won a BRIT Award for “What Makes You Beautiful” in 2012. They also won eight Teen Choice Awards in 2014. His best achievement is undoubtedly his single ‘This Town’.

Niall has a great personality. He has maintained a fit and healthy body structure. He stands tall at a height of 5 feet 8 inches and weighs around 75 kg. Further, he wears a shoe size of 8 (US). He has blonde hair and sea-blue eyes. His chest-waist-hip measurements are not provided.

Niall is active on different social networking sites. He has 23 million followers on his official Instagram account. His Twitter has earned over 39.5 million. Similarly, he is active on Facebook and has earned over 9.47 million. He joined his self-titled YouTube channel on July 26, 2016, and has now garnered more than 3.3 million subscribers. Likewise, he is also available on TikTok under the username ‘@niallhoran93’ with more than 132.8K followers and more than 1.4 million.