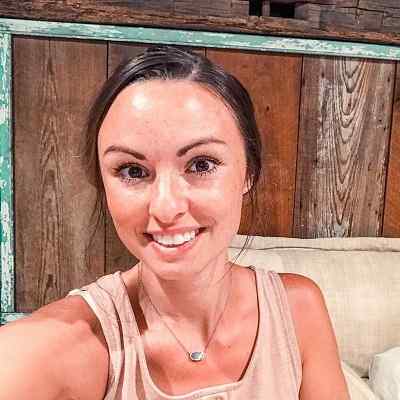 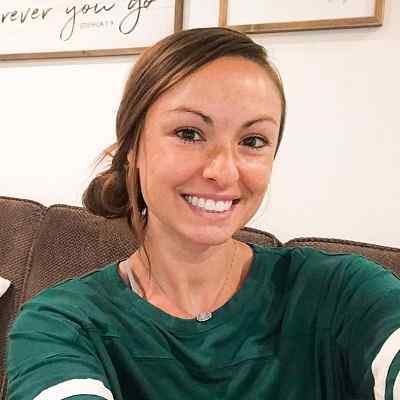 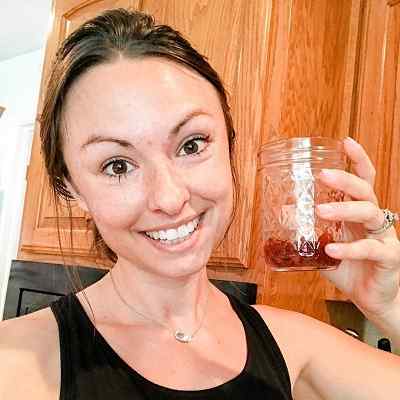 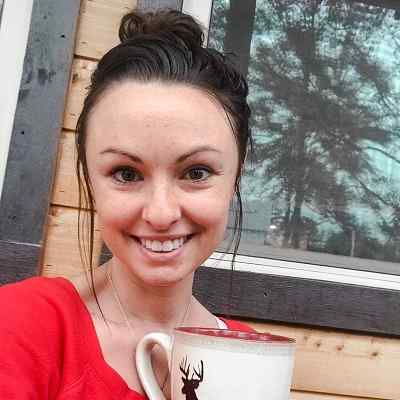 Nia Rader is an American stay-at-home mom who creates decorative wreaths in her free time while co-running the family vlog YouTube channel “Sam and Nia” along with her husband Sam. Nia Rader has been the Sunday School coordinator at her church as well. She also owns her individual Youtube channel.

Nia Rader was born in Texas, USA, on September 2, 1988. She is 32 years old and is under the birth sign, Virgo. She holds the American nationality.

The name and information regarding Nia’s parents are not available at the moment. Likewise, any information about her other family members such as her siblings is also not available. It seems as if she likes to keep her parents away from the limelight.

Regarding Nia’s educational background and qualifications, she attended Wills Point High School. Later, she attended Trinity Valley Community College, where she received her associate degrees. Then, she worked as a manager of a Maurices store at the Tanger Factory Outlet Center in Terrell, Texas for a few years.

Nia along with her husband, Sam created a video of themselves lip-syncing to a Frozen song in their car. And that video went viral. Then, their viewers requested them to begin vlogging their daily lives. And that’s how their Youtube journey started. Likewise, they were an average couple from Texas and had never thought of becoming stars overnight.

The couple launched their couple-Youtube channel under the name “Sam and Nia”. They created the channel on March 9, 2007, and have garnered altogether 1,070,496,046 views until now. They mostly share vlogs on their channel. The couple even posts the littlest thing related to their children such as their first experiences in different things, surprises, and many more. They also share challenge videos on their Youtube channel.

Nia Rader also owns her own individual Youtube channel under the name “Nia’s Nest”. The channel was launched on May 18, 2015, and has altogether garnered 5,252,726 views to date. She shares content that shows the raw and real aspects of life as a woman and a mother. Moreover, like her family channel, this channel, too, mostly showcases her vlogs. And, Nia uses this channel to vlog about her life, her aspirations, and her struggles. She also shares videos where she answers queries of her fans and also DIY projects, makeup tutorials, and storytime videos.

The first video posted on this channel is Nia’s Nest Intro…FINALLY!. This video was posted on May 18, 2015, and has accumulated 35K views to date. And, some of the popular videos on her individual channel are My Husband Betrayed Me | My Story and How I Found Healing, DID NIA REALLY HAVE A MISCARRIAGE?, THIRD PREGNANCY ANNOUNCEMENT!!, GIANT BABY SHOWER HAUL!!, and STARTING YOUR ETSY BUSINESS!. All of these videos have garnered 180K views until now.

Furthermore,  Nia’s Instagram feed is full of her selfies and family pictures. She has shared 4648 posts until now on her Instagram page. Also, her pictures are beautiful, attractive, and eye-catching as well. Moreover, Nia has a small business venture named “Wreaths by Nia”. She manages this business from her home. Likewise, she makes wreaths and hair accessories and trades them on the shopping site “Etsy.com”.

Moreover, before Nia became a mother, she was already part of an art-and-craft business. However, she was not doing too really well in her business. And, after her first baby was born, she had very little time to devote to her passion.

Likewise, she once needed a wreath for her home and found the online options to be very expensive. And, Nia thought of making one herself, and that led to the foundation of her business. Moreover, she also works as a Sunday-school coordinator. She is also the matriarch of a YouTube vlog channel, like Missy Lanning of Daily Bumps. 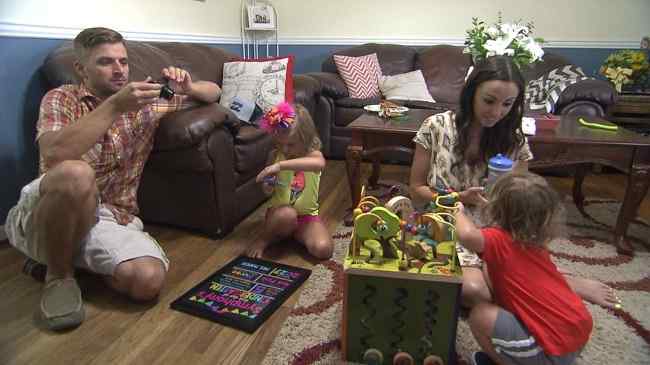 Back in March 2014, their vlog, which showed them singing “Love is an Open Door” which is a song from the 2013 animated flick “Frozen” went viral. And, the vlog was titled “Good Looking Parents Sing Disney’s Frozen (Love Is an Open Door)” and was viewed by millions within a few days of its release. Likewise, it also won the “Artists Music Guild” award for the “Video of the Year” in the year 2014.

And, after the video went viral, Sam and Nia viewed it as an opportunity to step into the blogging arena. That’s why they created a Youtube channel to post videos about their lives. Likewise, following the massive success of their first video, their channel began growing at a decent pace.

In February 2017, Nia and her husband, Sam, were ranked sixth on a list of “YouTube’s most shocking scandals”, released by the UK-based entertainment website ‘Digital Spy’. And, Nia’s family channel saw a huge slump soon after its inception. In the year 2015, a vlog post on the channel showed Sam announcing that Nia was pregnant with their third child. Usually, such videos draw a lot of attention, and this vlog, too, was no exception and gained a lot of attention. As soon as the vlog was posted, the “comments” section was deluged with wishes.

Interestingly, even Nia Rader was unaware of the news. Apparently, her husband had tested the pregnancy all by himself, by collecting her urine sample from their toilet bowl. Then, three days later, another vlog posted by them announced a miscarriage. Then, this vlog was soon hit by a mob of haters, accusing the couple of faking both the pregnancy and the miscarriage. Later on, a report from a well-known maternity clinic suggested that a urine sample collected from a toilet bowl could never produce a concrete result.

Likewise, the couple had not recovered from the impact of this controversy when she was hit by another controversy. A leading website revealed that her husband, Sam had once been a member of a discreet dating site for married people and people in relationships known as ‘Ashley Madison’. This scandal again rocked Sam and Nia’s married life. And, while this dating-site scandal continued, the couple attended the “Vlogger Fair” in Seattle. Moreover, their inability to answer questions regarding their scandals ended up in a dirty verbal brawl between Sam and the media. And, after this incident, they announced a break from vlogging. However, they resumed after about a month from the day of the announcement.

Nia Rader and Sam were high school sweethearts. They met each other at “Wills Point High School” in Texas. Later on, both of them attended the ‘Trinity Valley Community College’ together and received associate degrees. Then, after dating for about five years, the couple exchanged their wedding vows in Wills Point, on September 12, 2009.

At that time, Nia Rader worked as a manager at the women’s clothing store ‘Maurices’ at the ‘Tanger Factory Outlet Center” in Terrell, Texas. She then continued working there for the next four years. Likewise, on July 18, 2010, the couple welcomed their baby daughter, Symphony Pearl Rader. Then, their second child who was a son was born on September 18, 2013, and his name is Abram. Later, their youngest child, Juliet, was born on June 1, 2016. And, now the couple is currently expecting her fourth child.

Further, Nia Rader loves adventure sports. She even wishes to experience skydiving once, despite the fact that she has motion sickness. And, before venturing into the world of  “YouTube”,  Nia wanted to become a teacher. 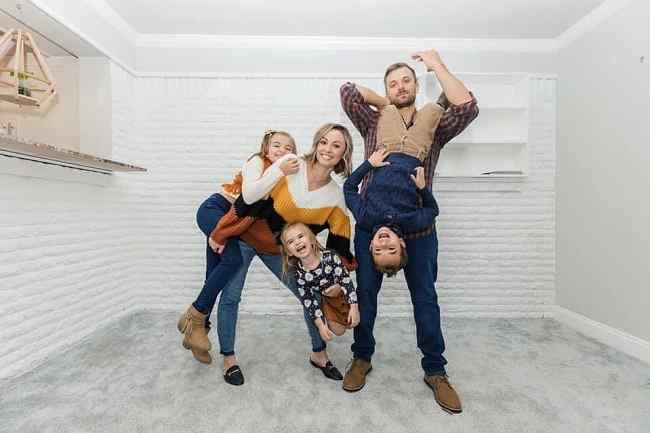 Caption; Nia Rader along with her husband and children (Source: Instagram)

The body measurements of Nia Rader such as height, weight, chest size, waist size, hip size, and any other sizes are not available until now. And all of those measurements of her are still under review. However, she has light brown hair and brown eyes. 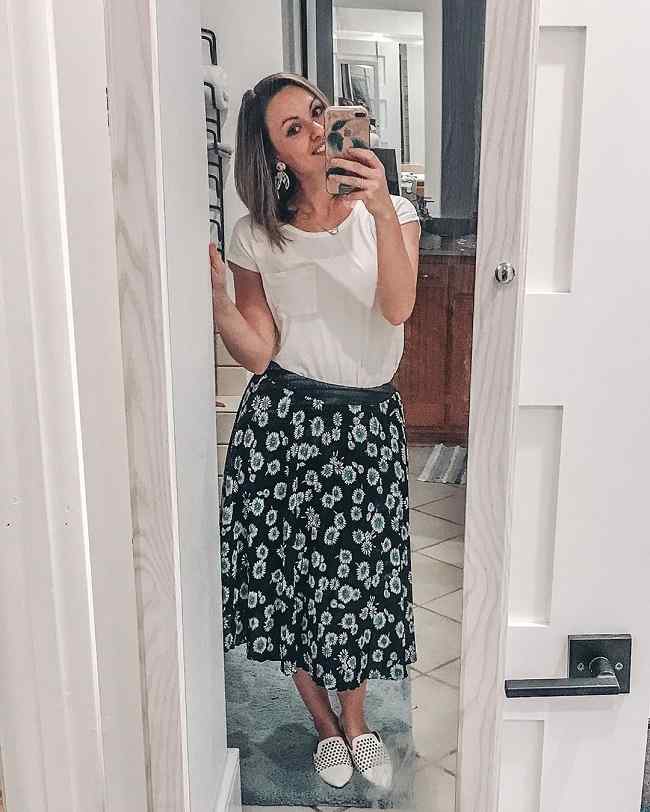 Focusing on her earnings and income, she has a net worth of $264K. Her main income source is Youtube. She has other income sources as well.