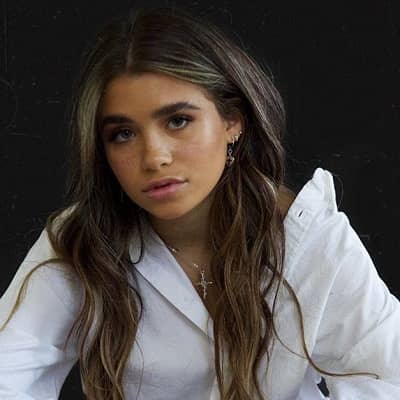 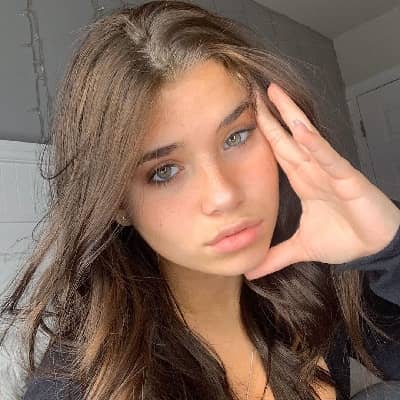 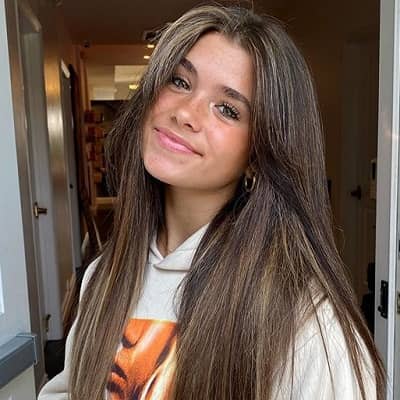 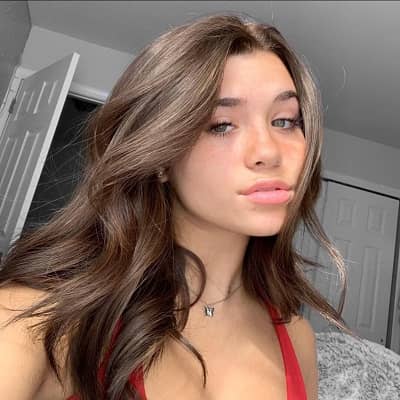 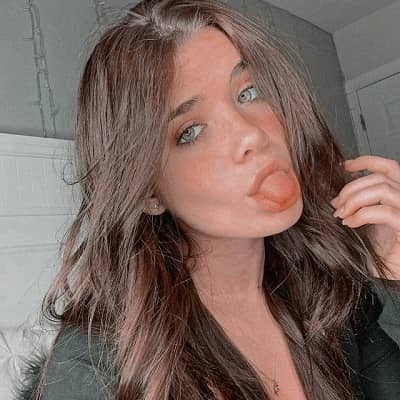 Nessa Barrett is an American social media celebrity, actress, and model. Nessa Barrett rose to fame for her dancing, lip-syncs, comedy mimics, and entertaining talents. Therefore, she is best known as a TikTok star.

Nessa Barrett entered this world on August 6, 2002. As of 2022, she is 20 years old. She hails from the United States of America and has American citizenship. At present, she resides in Absecon, New Jersey. During one summer, she went on a vacation to the Jersey Shore. Moreover, she is of Puerto Rican descent. She has a younger brother named Julian who has appeared in several of her TikTok videos. She is also a pet lover. 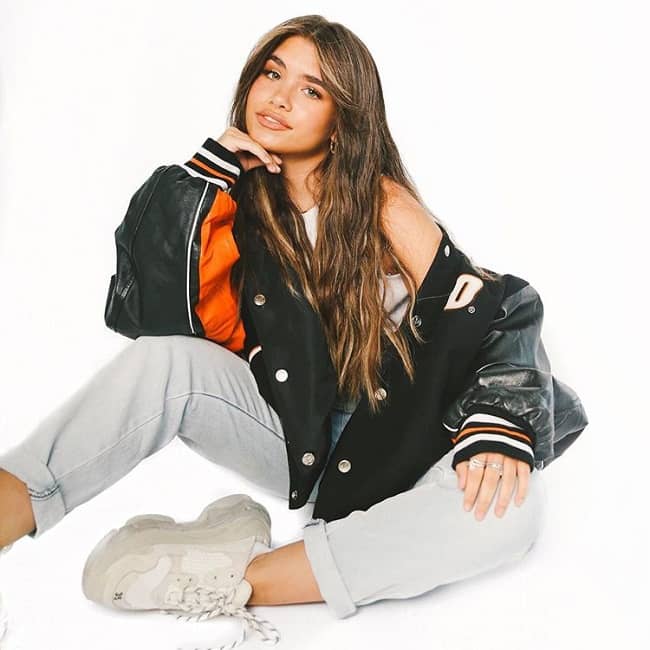 Barrett is a famous and verified TikTok user. She started uploading content on her @nessaabarrett TikTok channel on March 26, 2019. Her first video was set to ‘Piano’, audio by @xavesaugust. Therefore, she becomes a TikTok sensation after posting his comic, dance, and lip-syncs videos on TikTok. She most does lip-sync videos with rap and pop songs on her TikTok.

On 31th March, she posted a video that was set to @rlydennis’ audio ‘Hate when that happens. Moreover, some of the songs that she has used for her content are ‘Pumpkins Scream at the Dead of Night’ by Savage Ga$p (ft. Shinigami), and ‘Are You Bored Yet?’ by Wallows (ft. Clairo), and ‘Moana’ by Yung Manny. Barrett has collaborated with the likes of @heckaadian, @jacksonfelt, and @dylanxhartman.

The oldest post on her Instagram page dates back to July 19, 2018. It is a collage of two photos taken in Ocean City, New Jersey. In both photos, she is sitting on the wet sand with her back to the camera. She uploaded her next set of photos on the platform on January 28, 2019.

Since then, she has become a moderately active Instagram user. In many of her posts, her friend Lea Jayne is featured. She has also uploaded photos taken with Skylar Budgett and Mishka Silva on her Instagram handle. Further, Barrett created her Twitter account in July 2019 and has become very active on it. These days, she receives thousands of likes on each of her tweets. The people who follow her on the platform regularly re-tweet and respond to her posts.

Moreover, she set up her self-titled YouTube channel on August 13, 2018. However, she has posted only one video on it to date. Titled ‘Q&A / GRWM for my Senior Pictures!’, it was uploaded on August 3, 2019. In it, she revealed that she was attending that year’s “Playlist Live”. She also stated that she would love to go on a tour at some point. 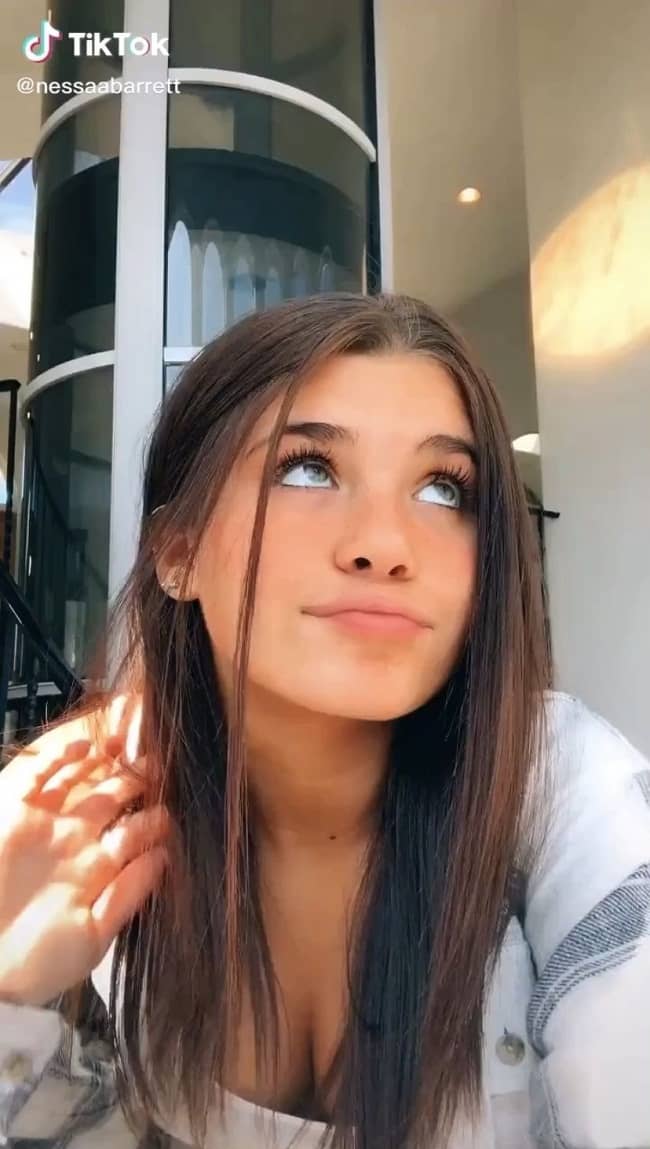 Nessa dated Josh Richards from October 2019 to June 2020.  They completed their 6 months anniversary on April 19, 2020. Josh had updated the happy moment on his social media accounts. However, Josh has not deleted those posts yet. They used to make regular appearances on each other’s social media handles and have worked together on several TikTok videos. However, as of now, she is single and is enjoying her single life. 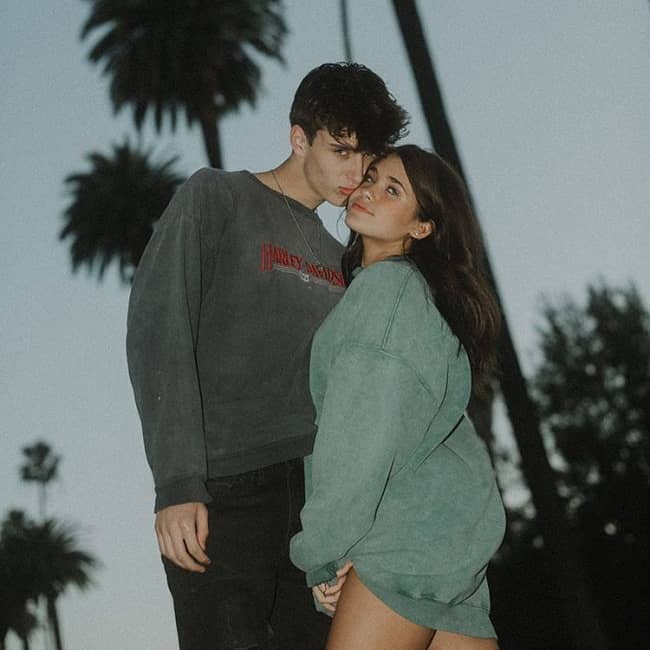 This pretty girl has an amazing and attractive personality. She has a height of 5 feet 3 inches and weighs around 52 kilos. She has a slim, curvy, and fit body build. Therefore, her chest-waist-hip measurements are 36-24-37 inches respectively. Moreover, she wears a bra size of 34B and her shoe size is 5 (US). Further, Nessa has a pretty pair of hazel eyes and brown hair.

This amazing personality might earn a good amount of money through her profession. Moreover, Nessa is associated with ‘TalentXent.com’ which is a Talent management agency, that helps to grow social posts and followers. In addition to it, her earnings are from her promotions through her social media handles. However, she has a net worth of around $350K.