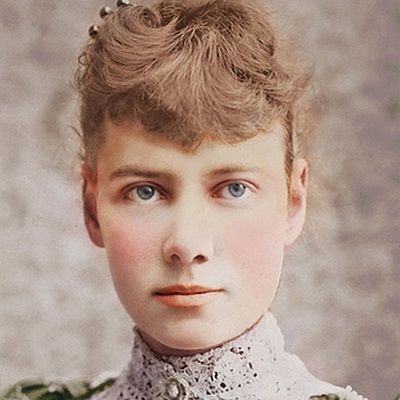 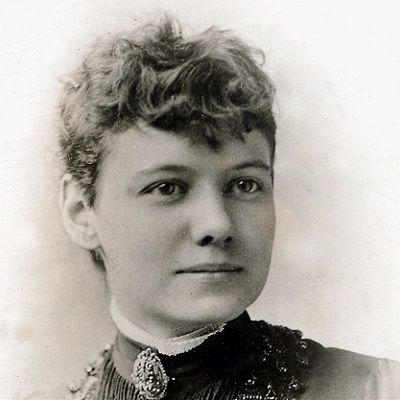 Nellie Bly is one of the pioneer female journalists widely known for her 72-day trip around the world and exposé on the conditions of asylum patients at Blackwell’s Island in New York City. Besides this, Nellie Bly is also a writer, inventor, and industrialist.

Nellie was born on May 5, 1864, with the birth name Elizabeth Mary Jane Cochran. Her birthplace “Cochran’s Mills” is now a part of Pittsburgh.

The Conchrans had migrated from County Londonderry, Ireland, in the 1790s.  Elizabeth’s father Michael Cochran in his earlier days worked as a labor and mill worker.

However, in the future, he became a merchant, postmaster, and associate justice at Cochran’s Mills. Elizabeth’s mother Mary Jane was the second wife to Michael. He married her after the death of his first wife Catherine Murphy. Elizabeth had 4 siblings and 10 half-siblings. 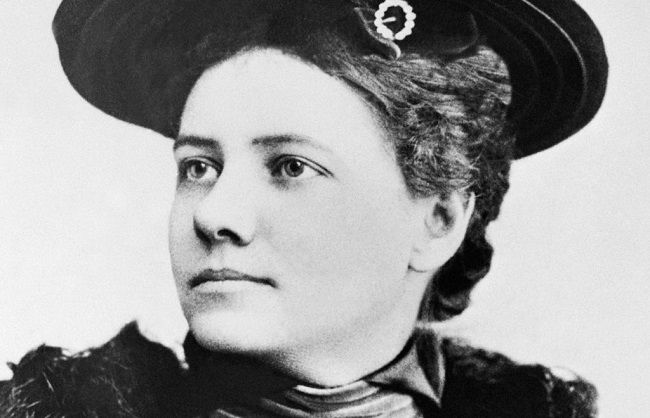 Pinky, as Nellie was known in her younger days for frequently wearing that color, changed her surname to “Cochrane” when she became a teenager.

She even attended a boarding school but unfortunately had to drop out after her father’s death. Later she enrolled at the Indiana Normal School.

Then she joined a small college in Indiana. However, due to the financial crisis, she could not continue her higher education. Thus, in 1880, she and her family moved to Pittsburgh and started a boarding house with her mother.

Bly had done a remarkable job during her lifetime. Even after her diminish she was enlisted into the National Women’s Hall of Fame in the year 1998. Moreover, she is one of the four journalists honored with a U.S postage stamp in a “Women in Journalism” set in 2002. 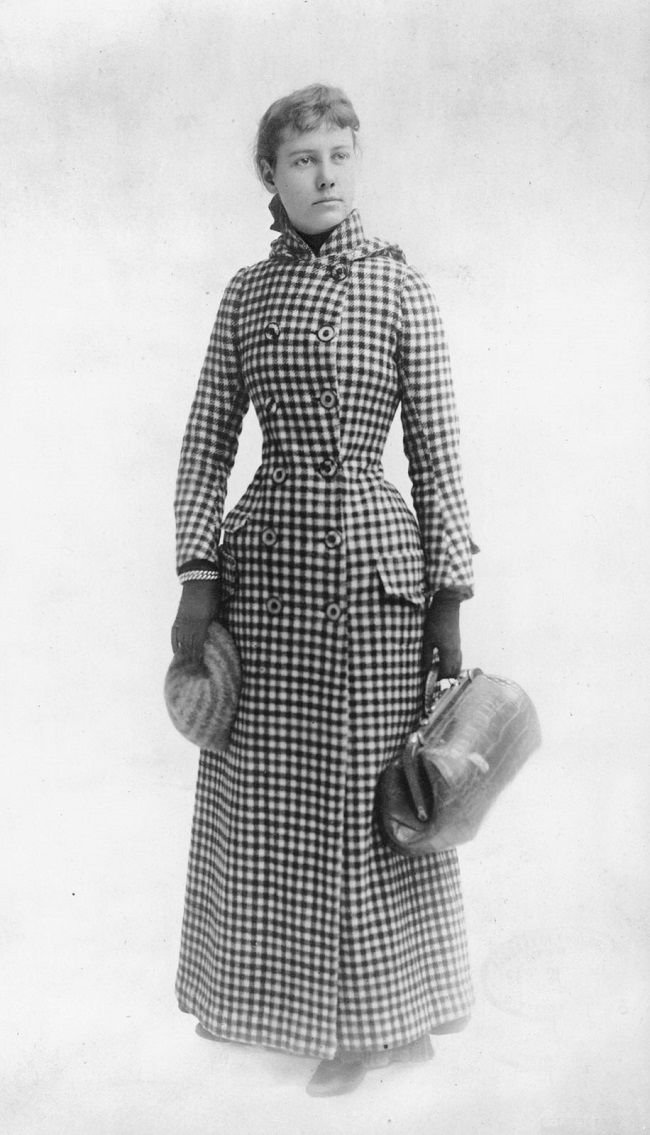 Apart from this, movies have been based on her life experiences. In 2015, Timothy Hines directed the movie ’10 Days in a Madhouse’, which depicts Bly’s harrowing experience in the asylum.

Recently in 2019, another thriller movie ‘Escaping the Mad House’ was released based on her undercover experience at the asylum.

Bly married millionaire manufacturer Robert Seaman, age 73 in 1895. At that time she was only 31. Bly had to look after her husband and his company due to his ill health conditions. Unfortunately, just after 9 years of marriage, Robert passed away. 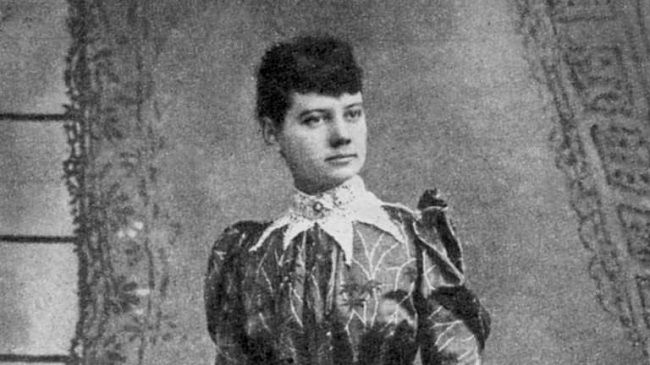 Bly received the attention for her writing after she submitted a racy response to an editorial piece that had been published in the Pittsburgh Dispatch. The editorial entitled “What Girls Are Good For” by writer Erasmus Wilson pronounced girls to be limited in domestic duties.

Bly’s response to the article impressed the paper’s managing editor, George Madden. In return, he offered her a full-time job.

As a reporter at the ‘Pittsburgh Dispatch’, she highlighted the importance of women’s rights and the consequences of gender inequality. She presented articles on divorced women, women factory workers, and their poor condition.

However, she was moved to the women’s page to cover fashion, society, and gardening after receiving complaints from factory owners. That was when she aspired to find a more meaningful career. So she decided to travel to Mexico, where she served as a foreign correspondent.

She spent 6 months in Mexico learning and reporting about the local people. She even criticized the Mexican government for imprisoning the local journalist.

When her article came to the knowledge of the authorities, they threatened her with arrest. Consequently, she fled back to the United States.

After quitting Pittsburgh Dispatch in 1887, she moved to New York and started work for the New York World. One of her earlier assignments was, to undercover investigate the experiences endured by patients of the Women’s Lunatic Asylum on Blackwell’s Island in New York City.

For this, she pretended to be a mental patient and lived in the Asylum for 10 days. She closely observed and experienced neglect and physical abuse. After her return, she published the exposé in ‘the world’.

Later she even published the book ‘Ten Days in a Mad-House’ which was a huge success. It didn’t just bring her fame but also prompted the asylum to implement reforms.

Following the Blackwell’s exposé, Bly continued similar investigative work. Some of her major reports include corruption in the state legislature and improper treatment of individuals in New York jails and factories.

Bly decided to break the faux record of Phileas Fogg, the fictional title character of Jules Verne’s 1873 novel, Around the World in Eighty Days. So she asked her editor at the New York World that she takes a trip around the world.

On November 14, 1889, she began her journey to conquer the world from the Augusta Victoria, a steamer of the Hamburg America Line in New Jersey. She traveled through England, France, Italy, Egypt, Sri Lanka, Malaysia, Singapore, Hong Kong, and Japan.

She sent progress reports throughout her journey.  After 72 days, 6 hours, and 11 minutes, on January 25, 1890, she got back to New Jersey setting a real-world record.

Bly received an internal recognization after completing her months-long venture. Her experience became a book ‘Around the World in Seventy-Two Days’ in 1890.

After her marriage to industrialist Robert Seaman, a world-famous journalist retired from her job and took over her husband’s Iron-Clad Manufacturing Co.

She became one of the leading women industrialists of her time after she invented a novel milk can and stacking garbage can. She owned a US patent for both the invention under her married name of Elizabeth Cochrane Seaman.

While in charge of the company, Bly brought huge social reforms to the industry allowing the employees to enjoy several perks. But ultimately, the company went bankrupt and Bly returned to the newspaper industry.

In her older days, she worked for the New York Evening Journal reporting covering events like World War I and the women’s suffrage movement.

America lost one of its greatest investigative journalists on January 27, 1922. Bly was 57 years old when she died from pneumonia at St. Mark’s Hospital in New York City. She was interred at Woodlawn Cemetery in The Bronx, New York City.