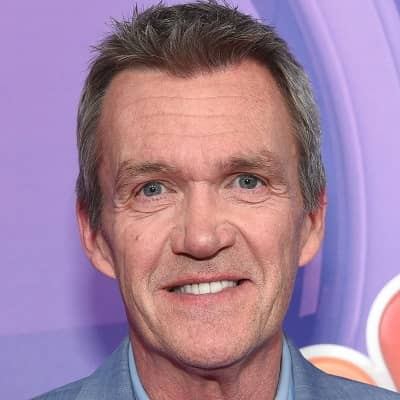 Neil Flynn is an actor and comedian best known for his appearances on Scrubs as Janitor and on ABC’s The Middle as Mike Heck. The actor Neil Flynn had also appeared in television series, like That ’70s Show, CSI, and many more.

Neil Flynn was born in the United States on November 13, 1960, in the South Side of Chicago, Illinois. Neil is 61 years old and holds citizenship in America. Moreover, he is of Irish descent and was raised in a Roman Catholic household. He moved to Waukegan, Illinois, when he was young and spent most of his childhood. Besides this, there is not much information regarding his zodiac, parents, and sibling. Talking about his educational career, he attended Waukegan East High School. In 1978, he won an Illinois Individual Events state championship for “Humorous Duet Acting” with his friend and schoolmate Mike Shklair. He enrolled in Bradley University in Peoria, Illinois, after graduating from Waukegan East, where he was a member of the competitive speech team. But he drops out of Bradley University in 1982 and came back to his hometown to pursue a career as an actor.

Neil Flynn was a part of the famous Goodman and Steppenwolf theaters in Chicago. His performance in a prominent part in the Absolute Theatre Company’s production of ‘The Ballad of the Sad Cafe’ was praised by critics. Whereas, he made appearances at the Improv Olympic and the Second City Comedy Troupe as a performer.

In 1998, he formed the Beer Shark Mice improv team with David Koechner. They were still performing in Chicago in 2015. Neil made his debut appearance in television in 1982, in a season one episode of the TV show ‘Brookside’. Moreover, he had to wait another five years for another television role. In an episode of ‘CBS Summer Playhouse’ in 1987, he played an LAPD officer. In his film debut, the 1989 sports comedy ‘Major League, he appeared with Tom Berenger, Charlie Sheen, and Corbin Bernsen. Another sports comedy, ‘Rookie of the Year’, comedy adventure ‘Baby’s Day Out’, action drama ‘The Fence’, crime comedy ‘Home Alone 3’, comedy film ‘Sasq-Watch’, and comedy-drama ‘The Resurrection of Gavin Stone are among his other film credits.

Besides that, he also worked with renowned actor Harrison Ford in two films together ‘The Fugitive’ and ‘Indiana Jones and the Kingdom of the Crystal Skull’. In the movie ‘Magnolia’, he portrayed Stanley Berry. In 2004, teen comedy movie ‘Mean Girls’, he played Lindsay Lohan’s father.

As a guest actor on ‘Doogie Howser, MD’, ‘Early Edition’, and ‘Undateable’, he has appeared in episodes of ‘Doogie Howser MD’, ‘Early Edition’, ‘That ’70s Show’, ‘Family Law’. He played the Janitor on NBC’s (later ABC’s) ‘Scrubs’ (2001-09), a merciless tormentor of the series’ protagonist, Dr. John “J.D.” Dorian (Zach Braff). The actor initially wanted to play Dr. Perry Cox in ‘Scrubs,’ but John C. McGinley was eventually cast in that role. His role was supposed to appear only in the pilot episode but was made a regular.

Neil Flynn has won the National Board of Review Award for Best Cast in 1999 with actors like Tom Cruise, Pat Healy, and many more. Besides that, he received nominations for INNY Award in 2015 and the Critics’ Choice TV Award in 2016.

Neil Flynn has garnered a huge amount of money from acting in several television and films. According to online sources, he has an estimated net worth of $5 million from his acting career. As far as Neil Flynn’s marital status is concerned, he is single and unmarried. According to online sources, he is gay but he has not confirmed or denied such rumors. Moreover, he has not revealed his past and present relationship status to the public.

Neil Flynn has dark brown eyes and dark brown hair with a height of 6 feet 6 inches and a weight of 92 Kg. Besides that, there is no further information about Flynn’s other body measurements.

Neil Flynn is not active on any kind of social media platform. Besides that, he likes to focus on his acting career and keeps his life private from the public.