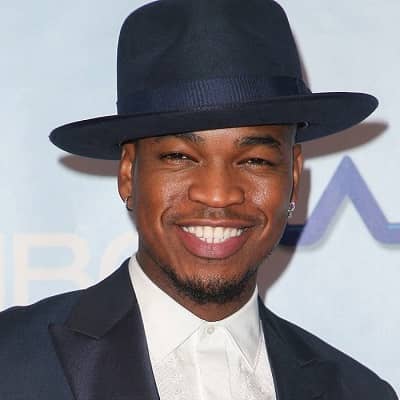 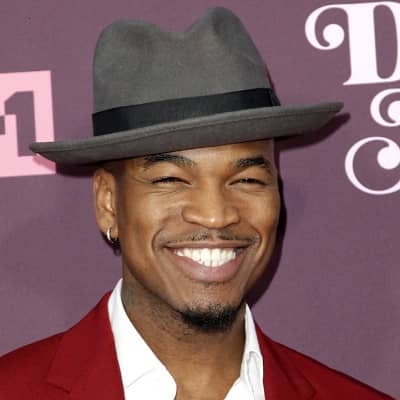 More Facts of Ne Yo

Ne Yo is an actor, composer, singer, and dancer from the United States. Moreover, Ne Yo rose to fame as a songwriter in 2004 when his song “Let Me Love You,” written for singer Mario, became a hit.

Shaffer Chimere Smith best known Ne-Yo was on 18th October 1979, in Camden Arkansas, United America. As of now, this multi-talented man is 42 years and is a citizen of America. He has a zodiac sign of Libra and belongs to the African-American ethnicity. Talking about his parents, he is the son of Loraine Smith (mother) and his father’s name is unknown.

His father is of Afro-American and Chinese origin, while his mother is African-American. His parents were both musicians. Moreover, his mother split from her husband and relocated to Las Vegas with his son, hoping for a better life. At an early age, Ne-Yo began to develop his skills in songwriting. And his mother also encourages him to work on his skills and pursue his passion as his career.

Moreover, he attend the Las Vegas Academy to polish his skill and joined an R&B group called Envy with the stage name ‘GoGo’. He continued to create songs for other singers after the group split in 2000.  Big D Evans, a producer he had collaborated with, gave him the nickname “Ne-Yo.” Big D called him Ne-Yo because he views music the same way Neo sees the matrix.

Ne-Yo began his career in music and recording while still in his teenage year. In addition, this singer began his career as a member of Envy, a Romford-based band that split in 2000. Moreover, Ne-Yo was signed to Columbia Records, but he couldn’t stay long because his song “The Girl” had been on hold for more than a year.

However, the same song drove his musical career. Marques Houston, an R&B performer, decided to record “The Girl” for his album after hearing it. Ne-Yo rose to fame with the release of this song in 2003 and was ranked among America’s best composers. By 2004, he had already begun creating songs for celebrities including Faith Evans, Christina Milian, Teedra Moses, and B2K.

In the same year, he composed Mario’s breakthrough song, “Let Me Love You,” which turned out to be a career-defining moment. The song made number one on the Billboard Hot 100 chart and was there for nine weeks. Following the success of the album, Tina Davis, a former A&R rep for Def Jam Recordings, presented Ne-Yo to the label’s leader, LA Reid, who signed him to the label.

With the album “In My Own Words,” he made his beginning with Def Jam Recordings in 2006. The album was a smash hit, peaking at number one on the Billboard 200 list. His second single album, ‘So Sick,’ reached new heights as well, peaking at number one on the Billboard 200. His second studio album, ‘Because of You,’ was released in May 2007 and garnered a lot of positive feedback from both the public and the musicians.

He has worked on song content for several well-known American singers. He composed “Black Eyed Peas” by Michael Jackson, “Take A Bow” and “Unfaithful” by Rihanna, “Gallery” by Mario Vasquez, and “Irreplaceable” by Beyonce Knowles.

He’s also produced records for Britney Spears, Whitney Houston, Celine Dion, and Lindsay Lohan. Ne-Yo is also set to collaborate with Marilyn Manson, according to reports. He also sang the national anthem of the United States, “The Star-Spangled Banner,” at Wembley Stadium on the eve of a special NFL contest between the New Orleans Saints and the San Diego Chargers.

From 2008 to recent year career

On August 5, 2008, he released his third album, ‘Year of the Gentleman,’ globally. The album received many excellent reviews and debuted at #2 on the Billboard 200. On September 2, 2009, he released ‘The Collection,’ a phenomenal hits album in Japan, followed by the release of many other new songs, including “Beautiful Monster,” “Champagne Life,” and “One in a Million.”

In 2011, his duet with American rappers Pitbull and Nayer, “Give Me Everything,” earned his second US number-one single, and the album topped the Billboard Hot 100. ‘Realizing Every Dream – R.E.D.,’ Ne-fifth Yo’s studio album, was released on September 18, 2012. In 2013, he worked with Akon, David Guetta, Jessica Sanchez, Celine Dion, and others. On January 27, 2015, he released his sixth studio album, “Non-Fiction,” which includes duets with Charisse Mills and Pitbull.

On the Billboard 200 list, the album reached number five. Ne-Yo has worked on several tracks since 2016. “Sin Miedo,” “Marry You,” “Earn Your Love,” and “Another Love Song” are among their most popular song of his. In July 2017, In the comedic film Girls Trip, he appeared with Queen Latifah, Jada Pinkett Smith, and Regina Hall.

He released a new single, Over Again, with Jamaican dancehall artist Charly Black on March 27, 2020. Moreover, he participated as Badger in the second season of the British version of The Masked Singer from 2020 to 2021. He came in second place behind Joss Stone. He also revealed that his upcoming album, which was formerly known as Sweet Escape, has been renamed Self-Explanatory. 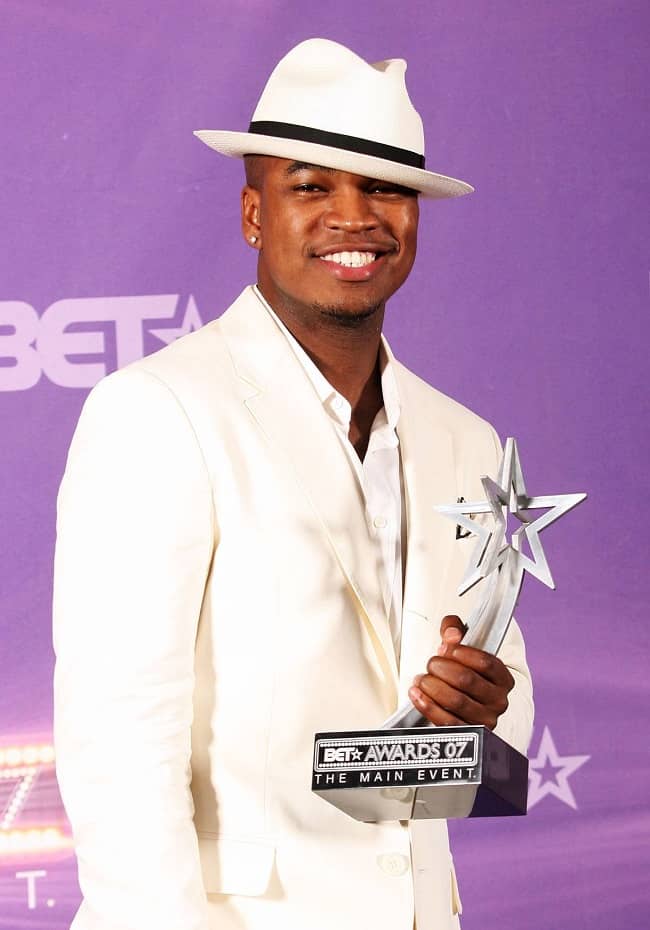 Talking about his net worth, his net worth estimates at around $10 million and he has not disclosed his income and salary.

Moneta Shaw was his first girlfriend, with whom he also became engaged. The couple has two children whose names are Madilyn Grace Smith and Mason Evan Smith. Ne-Yo later divorced Moneta Shaw and married Crystal Renay in 2016. Crystal gave birth to their baby on March 15, 2016, and they called him Prince Shaffier Chimere Jr. 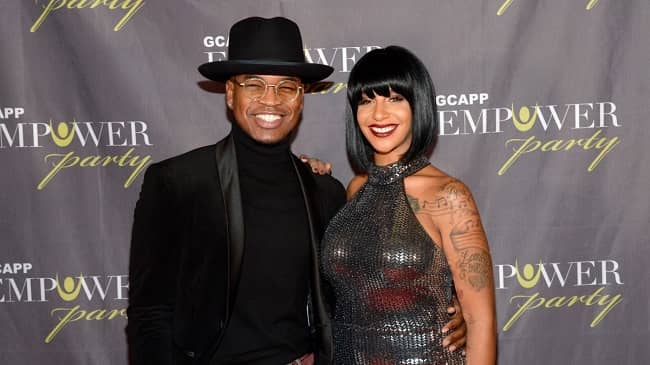 Caption: Ne Yo with his wife Crystal Smith (Source: CNN)

In 2008, Ne-Yo got arrested for reckless driving in Georgia. Moreover, the singer was speeding at nearly 100 miles per hour while driving without a valid driver’s license. As a result, he was sentenced to 24 hours of community service and a $1000 fine for violating traffic laws.

This singer is 5 feet 8 inches tall with weighs around 76 kg. More, this man has black hair with dark brown eyes in color and there is no more information regarding his other body measurements. 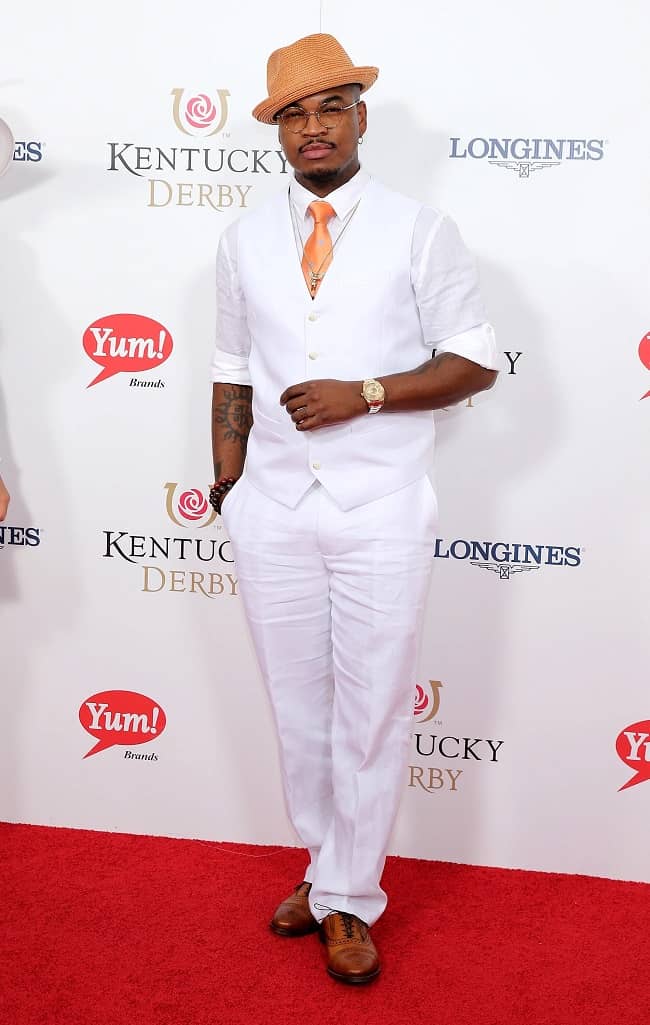