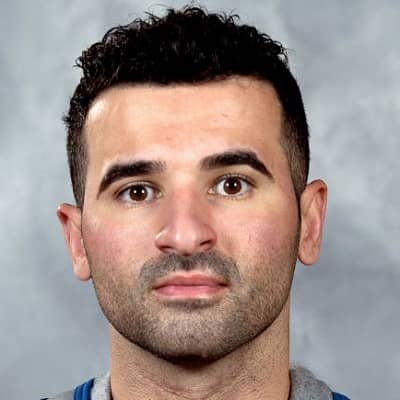 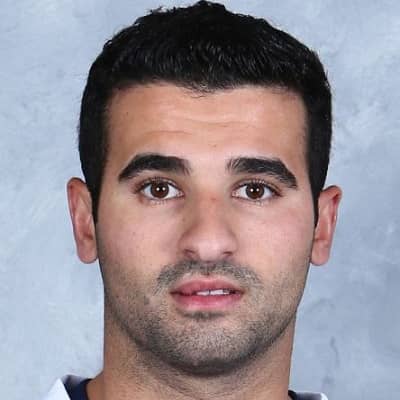 Nazem Kadri is a Canadian professional ice hockey player for the National Hockey League’s Calgary Flames. Nazem Kadri’s junior career was spent in the Ontario Hockey League, first with the Kitchener Rangers and then with the London Knights.

Nazem Kadri was born on October 6, 1990, in London, Canada his age is 32 years as of 2022 and Kadri is a naturalized Canadian citizen who practices Muslim. Similarly, his birth name is Ali Kadri and his birth sign is Libra currently, he is living in Canada.

Kadri’s father and mother’s name is Sam and Sue Kadri. respectively. Likewise, his siblings are Reema Kadri, Yasmine Kadri, Sabrine Kadri, and Rayanne Kadri. Nazem Kadri desired to play hockey during his adolescence, but his family could not afford it.

When Nazem was born, his father decided that he should be able to participate in the sport. Kadri began ice skating when he was two years old, joined his first hockey team when he was four, and was playing at the elite level within two years.

Despite living near Toronto, the Kadri family supported the Montreal Canadiens in the National Hockey League (NHL).

Kadri excelled in hockey, basketball, and volleyball while attending Jack Chambers Public School and A. B. Lucas Secondary School. Kadri was fairly certain he would be selected in the NHL draft by the end of his high school career.

On August 27, 2022, Mayor of London Ed Holder awarded Nazeem Kadri with the Key to the City of London, Ontario. Moreover, in 2022, Kadri won the Stanley Cup with the Colorado Avalanche, becoming the first Muslim player to do so. 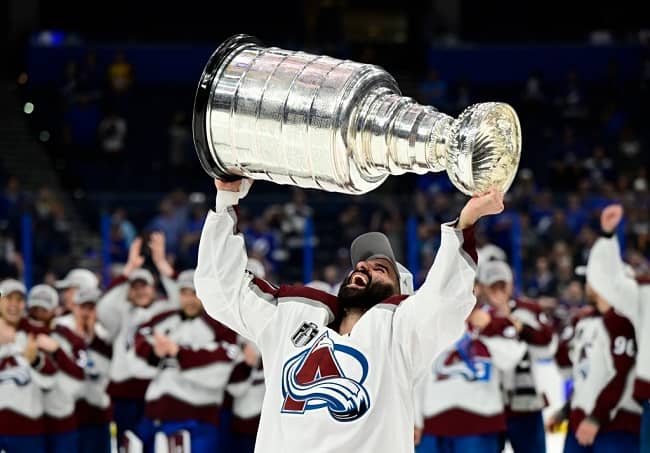 Kadri began his OHL career with the Kitchener Rangers after being chosen 18th overall in the first round of the 2006 OHL Priority Selection. He played 68 games in his second season in the OHL, tallying 25 goals and 40 assists (65 points).

During that season’s playoffs, Kadri led the Rangers to an OHL championship and a spot in the Memorial Cup final, where they were defeated by the Western Hockey League’s Spokane Chiefs (WHL).

Moreover, Before the 2009-10 season, Kadri trained with the Maple Leafs. He appeared in six preseason games for the club, scoring three goals and assisting two others.

Before training camp, then-Toronto head coach Ron Wilson stated that Kadri would need to be one of the team’s top-six forwards to make the team; however, Kadri was eventually returned to the Knights before the start of the NHL regular season. 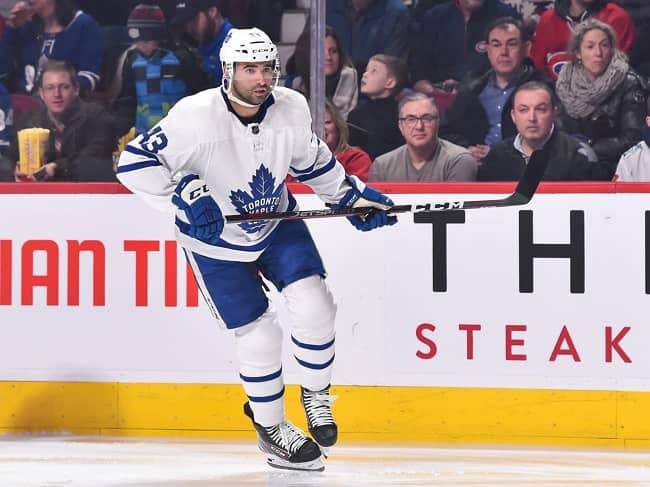 Kadri scored his first NHL goal on March 19, 2011, against Boston Bruins goaltender Tim Thomas. In 2012, Kadri was named to the AHL All-Star Game. On July 1, 2019, Kadri was traded to the Colorado Avalanche in exchange for Tyson Barrie, Alexander Kerfoot, and a sixth-round pick in the 2020 NHL Entry Draft.

In addition, Kadri signed a seven-year, $49 million contract with the Calgary Flames as a free agent on August 18, 2022.

Nazem Kadri is a Canadian professional ice hockey player and has earned a considerable income via his work. Kadri’s estimated net worth is around $20 million. Also, Kadri’s annual salary is $4 Million per year and his source of income is mainly his Ice Hockey profession.

Kadri married Ashley Cave on July 15, 2018.  Ashley is a self-made entrepreneur by profession. In 2019, they welcomed their first child, a daughter named Nayla. Moreover, there is no information regarding Kadri’s past affairs or girlfriends. 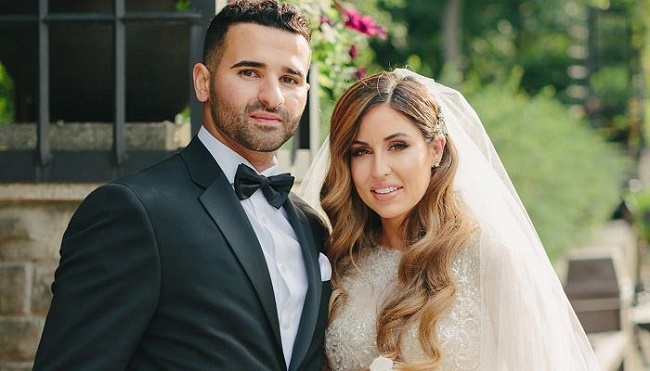 Kadri’s bad reputation stems from his time with the Toronto Maple Leafs, when he was suspended in two consecutive playoff series for poorly-timed hits where emotion got the best of him. Both series ended in seven games for the Maple Leafs, and Kadri’s absence loomed large in a pair of those close losses.

His lack of discipline contributed to his trade to the Avalanche, but his tendency for playing on the edge followed him to Colorado. During the 2014-15 season, Kadri was suspended twice, the first time by the organization for arriving late to a team practice; he received a three-game suspension.

Kadri was suspended by the NHL one week later for illegally checking Edmonton Oilers forward Matt Fraser in the head. The NHL fined Kadri $5,000 on April 1, 2016, for his second and third diving violations of the season.

Talking about Kadri’s height he is 6 Feet tall and weighs 88kg. Moreover, Kadri’s eye color is brown and his hair color is black. Also, Kadri’s shoe size is 10(US).

Nazem Kadri is very active on Instagram. He has 245k followers on Instagram and owns an Insta account @43kadri. Similarly, his Twitter handles @43_kadri are followed by 252.7k followers. Moreover, Kadri is not available on any other social media sites including Facebook.