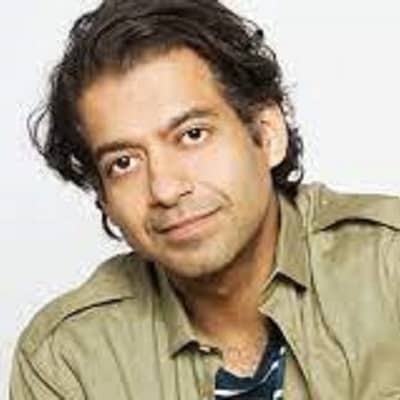 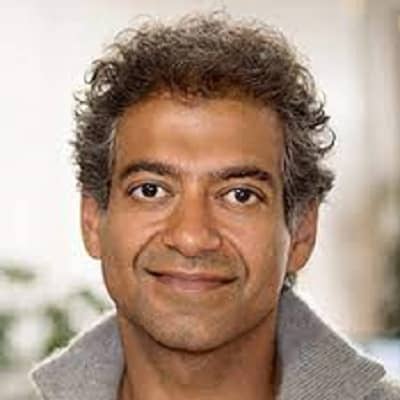 Naval Ravikant is an Indian-born American entrepreneur and an investor. Likewise, Naval Ravikant is the co-founder of ‘Angel List’ which is the platform helping startups raise money directly from Angel investors. Similarly, he is also the investor investing in many successful tech giants including Twitter, Uber, and Postmates.

Naval Ravikant was born on 5th November 1974 and is currently 46 years old. Being born in early November, his zodiac sign is Scorpio. Likewise, he was born in New Delhi, India but went to the United States at a very young age. Likewise, he holds American citizenship. Similarly, talking about his ethnicity and religion, he belongs to the Indian ethnic group and follows Christianity. Followed by this, speaking of his personal life, he has not much revealed about his personal life in media. Similarly, there is no much information about the name of his parents. However, there is information that he along with his father, mother, and brother shifted from India to New York at the age of 9.

Furthermore, talking about his educational background, he is a college graduate. He went to Stuyvesant High School in the year 1991. Later he finished college in the year 1995 from Dartmouth College with a degree in Computer Science and Economics. Followed by this, he did an intern at an international law firm Davis Polk & Wardwell. Likewise, he also worked at Boston Consulting Group before working at Silicon Valley.

Talking about his professional life, Naval is an entrepreneur and an investor by profession. Likewise, he became the co-founder of the consumer product review site Epinions on the year 1999. Moreover, they raised $45 million from Benchmark Capital and August Capital in the venture capital. Likewise, in the year 2003, Epinions merged with the comparison pricing site Dealtime. Followed by the IPO, this company became Shopping.com in October 2004. It was worth $750 million on the first day of trading. Likewise, in January 2005, he along with his three co-founders filed a lawsuit against Benchmark, August Capital, and their co-founder Nirav Tolia. The case was claiming to get their approval for the merger, they were misled to believe the company being worth $23 million to $38 million at the time of merging. However, this lawsuit was only solved in December 2005.

Likewise, in the year 2007, he started his early-stage venture capital fund worth $20 million namings ‘The Hit Forge’. This forge basically invested in startups including Twitter, Uber, and Stack Overflow. Similarly, he is also a blogger who began co-writing blog ‘Venture Hacks’ in the year 2007. This blog made detailed advice on negotiating term sheets, explaining which sections mattered and which provisions were bogus. Followed by this, this blog became ‘AngelList’ which is a fundraising platform for startups to raise money from angel investors.

Additionally, in the year 2014, he became the co-founder of a cryptocurrency hedge fund owning cryptocurrencies including Bitcoin, Ethereum, and Monero. Similarly, in the year 2017, he launched Spearhead which is an investment fundraising of $100 million from a third fund to provide founders $1 million to invest as angel investors. Moreover, together these companies have worth of over $10 billion out of which four of them are unicorns. These companies include Neuralink, Opendoor, PillPack, Shippo, Rippling, and Scale.

Likewise, he also operates a short-form podcast in Spearhead.co and Nav.al in which he discusses topics including philosophy, business, and investing. Similarly, he has also been a podcast guest on several shows including The Joe Rogan Experience, The Tim Ferriss Show, Coffee with Scott Adams, The James Altucher Show, and Farnam Street.

Talking about his net worth and earnings, he is an entrepreneur and an investor. Likewise, he is popular as the CEO and founder of the venture company AngelList. Moreover, he has a net worth of around $40 million.

Regarding his relationship status, Naval is straight and in a marital relationship. However, he has kept his marital life private and has not shared much information in the media.

This entrepreneur has a charismatic nature with a fit body physique. Likewise, he stands 5 feet 7 inches (67 inches) tall and weighs around 78 kg (171 lbs). Similarly, his body measurement is 40-30-35. Likewise, looking at his physical appearance, he has fair skin with dark brown pair of eyes and brown hair color.