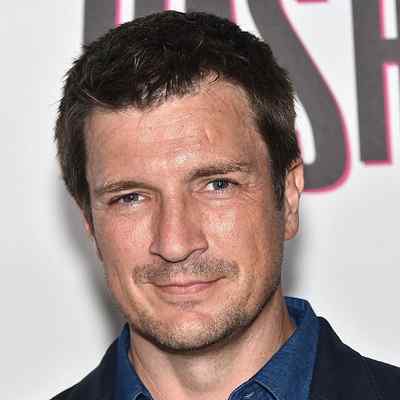 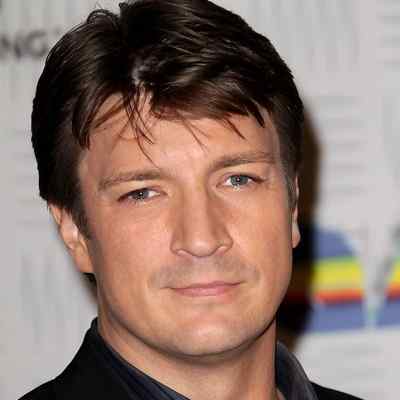 Nathan Fillion is a Canadian Accomplished TV actor. Nathan Fillion is popular for his role as the lead character “Richard Castle” on ABC’s “Castle”, followed by his role as “John Nolan” on ABC’s “The Rookie”. He starred as Mal in the sci-fi series “Firefly” and its 2005 film sequel “Serenity” as well. Likewise, he appeared as Hermes in the film “Percy Jackson: Sea of Monsters” in the year 2013.

Nathan Fillion was born in Edmonton, Alberta, Canada, on March 27, 1971. He is 51 years old and is under the birth sign, Aries. And he holds Canadian nationality and he belongs to French-Canadian, English, German, Norwegian, and Finnish/Swedish ethnicity.

His father’s name is Bob Fillion and his mother’s name is Cookie Fillion. Both of his parents are retired English teachers. Moreover, both sides of his father’s family were part of the Quebec diaspora in Fall River, Massachusetts, And his mother had a Finnish maternal grandmother and a Norwegian maternal grandfather. Likewise, he has an older brother and his name is Jeff Fillion. 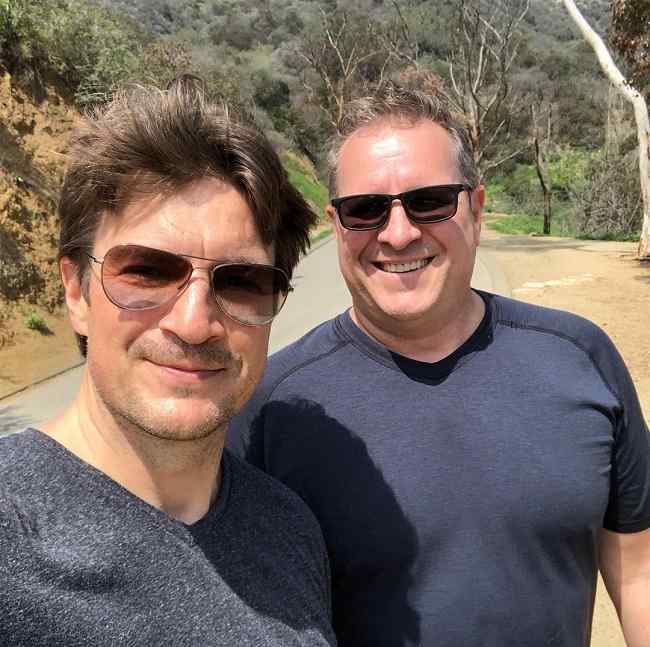 Regarding his educational background and qualification, he grew up in Mill Woods and studied at Holy Trinity Catholic High School and Concordia University College of Alberta. Later, he enrolled at the University of Alberta. There he became a part of its Kappa Alpha Society. Moreover, he became an American citizen in 1997.

After working in several theatres, television, and film productions, including Theatresports with Rapid Fire Theatre and the improvised soap opera Die-Nasty, Nathan Fillion moved to New York City in the year 1994. In New York City, he acted in the soap opera “One Life to Live” as Joey Buchanan. For this act, he was nominated in 1996 for a “Daytime Emmy Award” for Outstanding Younger Actor in a Drama Series. Likewise, in the year 1997, he left the series to pursue other projects but he returned for a brief guest appearance in 2007.

And, after moving to Los Angeles, he played a supporting role in the sitcom “Two Guys, a Girl, and a Pizza Place”. He was cast as James Frederick “The Minnesota” Ryan in Steven Spielberg’s Saving Private Ryan. Then, in 2002, Fillion starred as Captain Malcolm Reynolds in the Joss Whedon science fiction television series “Firefly”. He also called his time on Firefly the best acting job he ever had and even compares every job he has had to it.

Although the show was canceled, it was adapted to the big screen, he reprised his role as Mal in Whedon’s movie Serenity in the year 2005. Then, in 2003, he had a recurring role as Caleb in the final five episodes of Joss Whedon’s series “Buffy the Vampire Slayer”.

Likewise, he starred in James Gunn’s 2006 horror film Slither. Also, he starred in the romantic comedy film “Waitress”, which Adrienne Shelly, wrote and directed. The film premiered at the Sundance Film Festival on January 21, 2007, and opened in theaters on May 2, 2007.

Fillion also starred in White Noise 2: The Light. He made one appearance in the year 2006–2007 season of the television show Lost, as Kevin, Kate’s ex-husband. Then, in October 2006, he also signed a talent holding contract with the Fox Broadcasting Company.

Moreover,  in December 2006, The Hollywood Reporter confirmed that Fillion was cast as Alex Tully in the series “Drive”. Tim Minear created Drive. And, Ivan Sergei played Alex Tully in the original pilot episode of Drive. Likewise, he joined the cast of ABC’s Desperate Housewives at the beginning of the fall 2007 season. He joined in by portraying Dr. Adam Mayfair.

Fillion also voiced the role of an ODST Gunnery sergeant in the Xbox 360 game Halo 3, alongside fellow Firefly stars Alan Tudyk and Adam Baldwin. All three of the actors are given personalities in the game that match those of their characters from Firefly. He provides the voice and portrayed likeness for Gunnery Sergeant Edward Buck in Halo 3: ODST, Halo 5: Guardians, and a brief appearance in Halo: Reach.

He played Dogberry in the independent film Much Ado About Nothing in the year 2012. It was based on the Shakespeare play of the same name, written, directed, and produced by Joss Whedon. Then, since 2011, he has appeared as the recurring Space Western character Cactoid Jim in performances of the podcasted live show The Thrilling Adventure Hour. It is a stage show premised on the idea that actors are performing as characters in a radio show.

In the year 2012, Fillion appeared in the episode “The Daly Superheroes” of the web series “The Daly Show”. Then, on February 17, 2013, he hosted the 2013 WGA West Coast Awards. Likewise, in 2014 he appeared in the video game Destiny as the character Cayde-6. Over the next few years, his role became larger with expansions to the game. Likewise, in 2015 and 2016, he worked with Alan Tudyk on a web series called “Con Man”, loosely based on their experiences on the convention circuit after Firefly.

Fillion then returned to the role in the 2017 sequel Destiny 2 and featured prominently in the game until his character’s death in Forsaken. Further, in the year 2017, he starred in the recurring role of Gary West on the Netflix horror-comedy series “Santa Clarita Diet”. And in the same year, he has cast the recurring role of Jacques Snicket on the second season of the Netflix comedy-drama series “A Series of Unfortunate Events”.

In February 2018, he was cast to star as John Nolan in the new ABC TV series “The Rookie”. The former Castle executive producer Alexi Hawley created it.

Furthermore, on July 16, 2018, he along with director Allan Ungar released a live-action short film based on the Naughty Dog franchise Uncharted. It immediately went viral and was praised for its witty humor, action, and ability to stay true to the source material. Moreover, fans and critics took to social media and began campaigning for Netflix to turn it into a series while referring to it as one of the best adaptations of a video game.

Fillion associated with the public artist Martin Firrell since 2009. He is the subject of two works of contemporary public art by Firrell: Complete Hero and Metascifi. “Farrell: Complete Hero” is the digital projections of video and text portraiture to the West and North elevations of the Guards Chapel, Wellington Barracks, London, 2009. And “Metascifi” is a digital app investigating American television science fiction series for strategies and ideas for living well.

He was the “face” of Complete Hero. The artist explained his choice of him as follows: “I wanted to make a piece of work that looked at all kinds of heroism, not just the usual derring-do of white square-jawed men. But I thought it would be interesting to start with a white, square-jawed man and Nathan Fillion agreed to take part.”

Moreover, in Metascifi, he discusses the deeper significance of his Firefly character Captain Mal Reynolds, reflecting on some of the universal preoccupations of any human life: death, love, evil, intimacy, power, vulnerability, violence, and freedom.

Furthermore, in the year 2007, he along with author PJ Haarsma founded a non-profit organization called Kids Need to Read. This was to help inspire children’s imaginations by getting more books and study material into underfunded libraries. 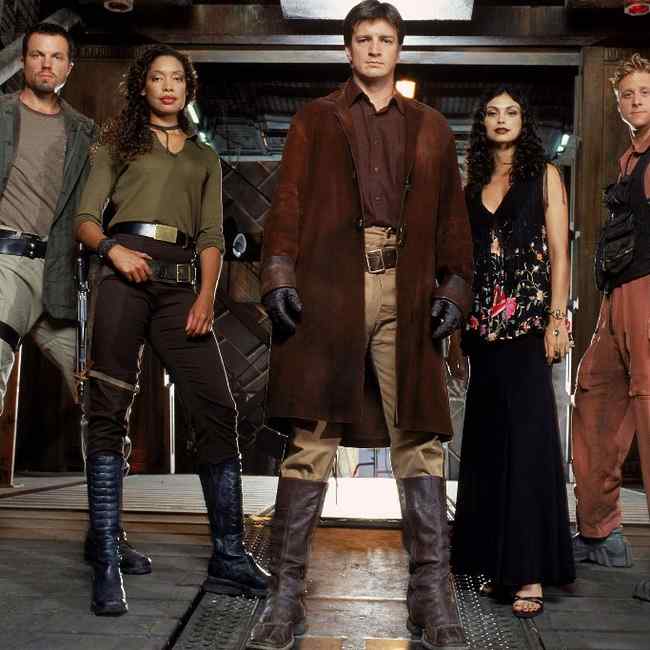 Nathan Fillion has received many awards throughout his acting career until now. He won different awards such as Saturn Award, SFX Award, four times for the TV Guide Award, and four times for the People’s Choice Award. Likewise, he was nominated in many other categories as well. However, he was not able to win in those categories. Moreover, the awards that nominated him but couldn’t win are the Daytime Emmy Award, Soap Opera Digest Award, Empire Awards, Online Film Critics Society Awards, Screen Actors Guild Award, and EDA Award.

And also other nominations are two times for Streamy Awards, Satellite Awards, Behind the Voice Actors Award, TV Guide Award, and two times for the People’s Choice Award. Furthermore, BuddyTV ranked in the list of “TV’s 100 Sexiest Men” from the year 2009- 2012. Then, he has also ranked the list of “The 15 Best Drama Lead Actors of the 2011-2012 TV Season” and named his character’s relationship with the other main character as the Best Flirting Relationship on its list “Love Is All Around Best TV Relationships of 2010”.

Nathan Fillion is possibly single at the moment. He is more focused on his career rather than being in any kind of romantic relationship. Or maybe he has kept his love and personal life private. And doesn’t talk about it in front of the public.

However, coming to his past love life, he has dated many women to date. Likewise, he had been in relationships with Stana Katic, Kate Luyben, and Krista Allen. He and American actress Krista Allen had a relationship till the year 2015. Mikaela Hoover and he were in a romantic relationship in April 2013 and engaged in November 2013. However, the couple split in January 2015. Moreover, he is good friends with Canadian Prime Minister Justin Trudeau. 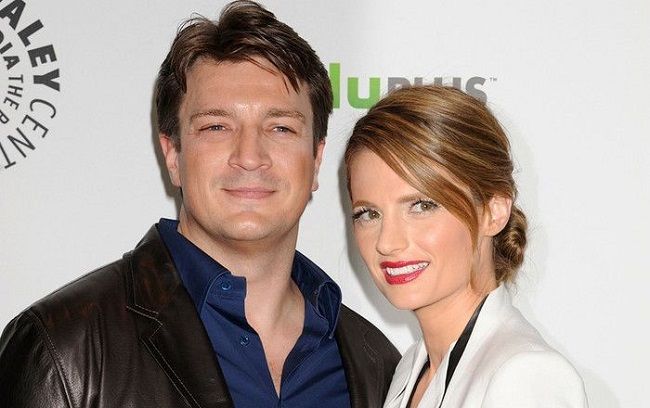 Nathan has a height of 6 feet and his weight is 92 Kg. And his other body measurements such as chest size, arm size, and waist size are 41-15-32 inches respectively. Likewise, he has dark brown hair and dark green eyes.

Talking about his earnings, he is a Canadian-born actor who has a net worth of $18 million. His main income source is his acting career. And also he has many other income sources.