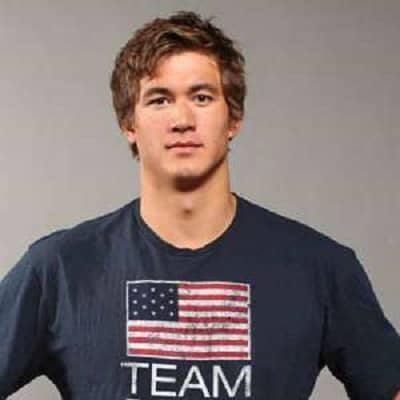 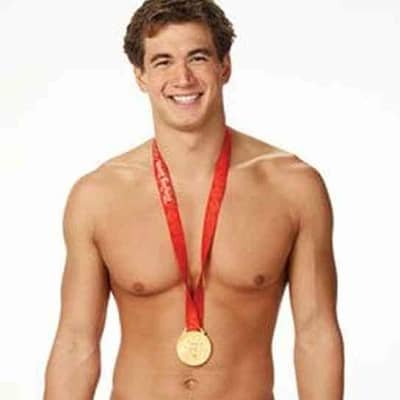 Nathan Adrian is an American stellar swimmer. The Olympian Nathan Adrian has won remarkable five gold medals along with loads of other awards in national and international arenas. He also formerly held the record in 50- meter freestyle. One of the top swimmers of his generation Nathan has already appeared in the 3 Olympics.

Nathan Adrian was born on 7th December 1988, in Bremerton, Washington state, United States of America. This makes him 32 years old as of 2021. His real name is Nathan Ghar-jun Adrian. His father James Adrian is a nuclear engineer for Sound Naval Shipyard. And, his mother Cecilia is a nurse for the Bremerton school district. He has two siblings, brother Justin and sister Donella. Both of his siblings are swimmers. He holds an American nationality. And, he follows Christianity. Sagittarius is his star and he belongs to the Chinese American ethnicity.

Talking about the educational journey, he went to Bremerton High school and completed his schooling there. Later, he enrolled at the University of California. He has a degree in Public Health.

Nathan, today has established himself as one of the stellar swimmers. But the journey began when he was 2 years old. The impact and interest in swimming might be due to his siblings who are both swimmers. To today’s date, he has performed in numerous national and international events.

Nathan appeared in the 2010 National Championships where he won 50 meters and 100-meter freestyle titles earning a spot at the 2010 Pan Pacific Swimming Championships. He won four gold medals in this competition. It was his career-best display. 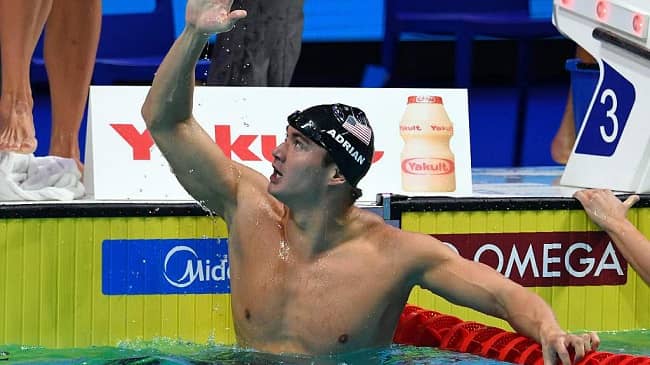 This year saw him performing in world championships after winning in National Championships. He won silver with the U.S. team in 4×100 m freestyle play. He also bagged a bronze in 100- meter freestyle.

The winning streak at World Championships continued in 2015 too. He won silver in the 50-meter freestyle. And, he also bagged two golds in a 4×100 meter mixed freestyle relay and a 4×100 meter medley relay with the U.S. team.

Nathan hoped to perform in the postponed 2020 Tokyo Olympics. However, the Olympic trials did not go as expected. This may be due to his undergoing recovery from testicular cancer.

Apart from winning loads of medals and decorating personal shelves with numerous achievements, he lives an opulent life and has a good lifestyle. His major source of income is from being a professional swimmer. The total net worth of Nathan as per the reports in 2021 is about $4 million US Dollars. 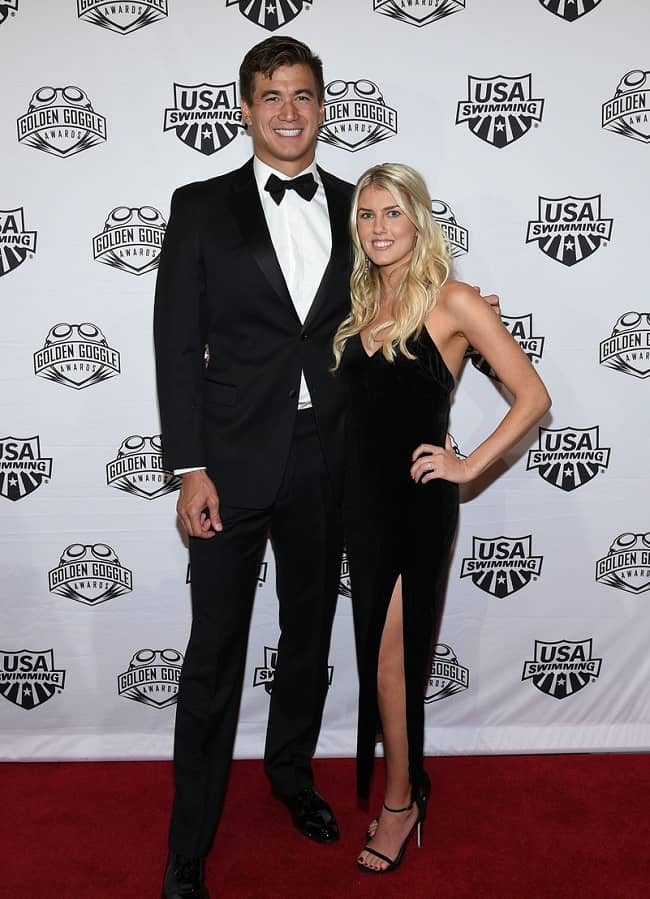 This genius and the stellar swimmer are married. He has taken marriage vows with Hallie Ivester on September 15, 2018, in Rutherford, California after dating for seven full years. They also have a daughter, Parker Adrian, who was born on February 9, 2021. Except it, as per the reports, he was once in a relationship with Natalie Coughlin. He is straight regarding gender choices. Similarly, he has not been involved in any kind of other controversies. He also suffered from testicular cancer as announced from his personal Instagram account in January 2019.

Nathan has good bodily attributes. The swimmer has a mammoth height of 6 feet and 6 inches. He weighs around 102 kg. Similarly, his total body measurement figure stands out to be around 46 inches chest, 32 inches waist, 35 inches hips, and 15 inches biceps. The color of his hair is dark brown and the color of his eyes is also dark brown.