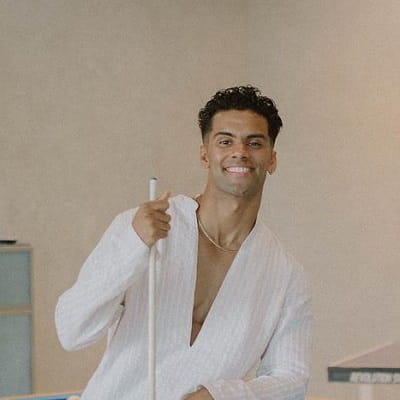 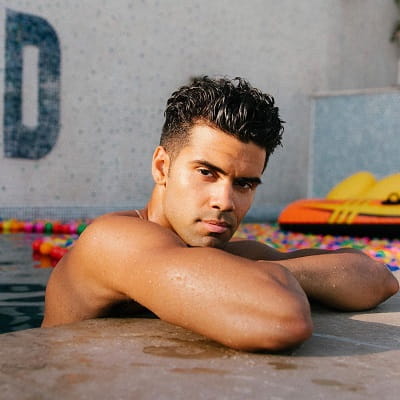 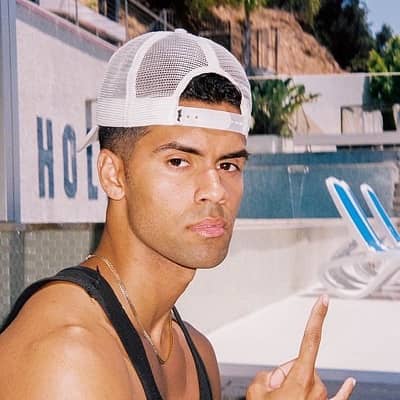 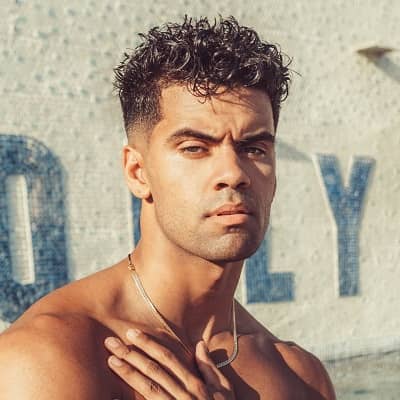 Nate Wyatt was born on March 28, 1997, and his age is currently 25 years old. He hails from Cincinnati, Ohio, but later moved to Los Angeles, California. Likewise, his zodiac sign is Aries. Talking about his family, he has a younger sister but has not revealed her identity. His mother is Tonya Lynn Wyatt (@tonyalynnwyatt). His mother introduces herself as a Realtor Extraordinaire who became an entrepreneur at the young age of 6.

He also has yet to share insights into his educational journey. But considering his age, we can assume that he might be a university student unless he decided to take a break or discontinue his studies to rather focus on his career at a young age. 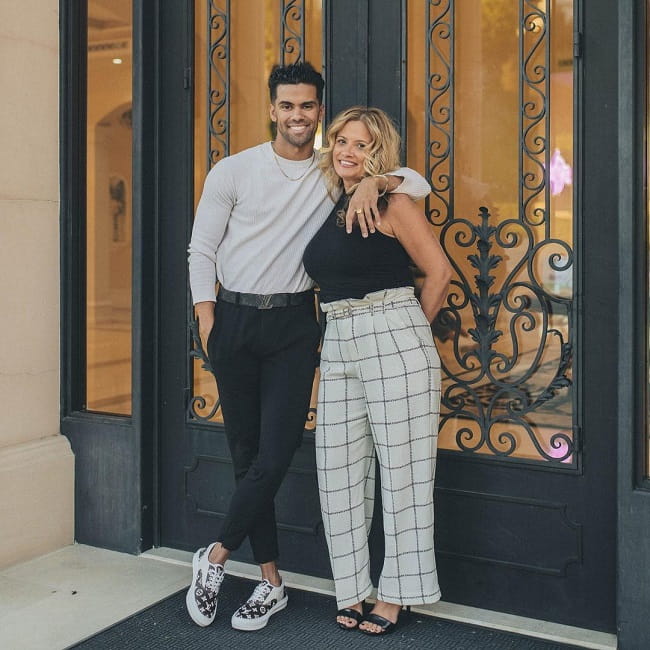 Caption: Nate Wyatt posing for a photo with his mother. Source: Instagram

Professionally, Nate Wyatt is a young aspiring musician and actor. He gained fame for his video creations on the short-form video-sharing platform TikTok. There, he has earned more than 4.4 million fans and followers. In the year 2018, he began starring in the Brat series Turnt. In this series, he played the role of Scott and appeared in 38 episodes out of 39.

Prior to his fame, he kickstarted his internet presence with Vine before the platform’s closure. When Vine was discontinued, he had more than 100,000 followers on the network.

Along with his daily life pictures, he has also posted short-form covers of songs to his Instagram account. He also has over 950,000 followers on this photo and video-sharing platform. He has also become a member of “The Hype House”. 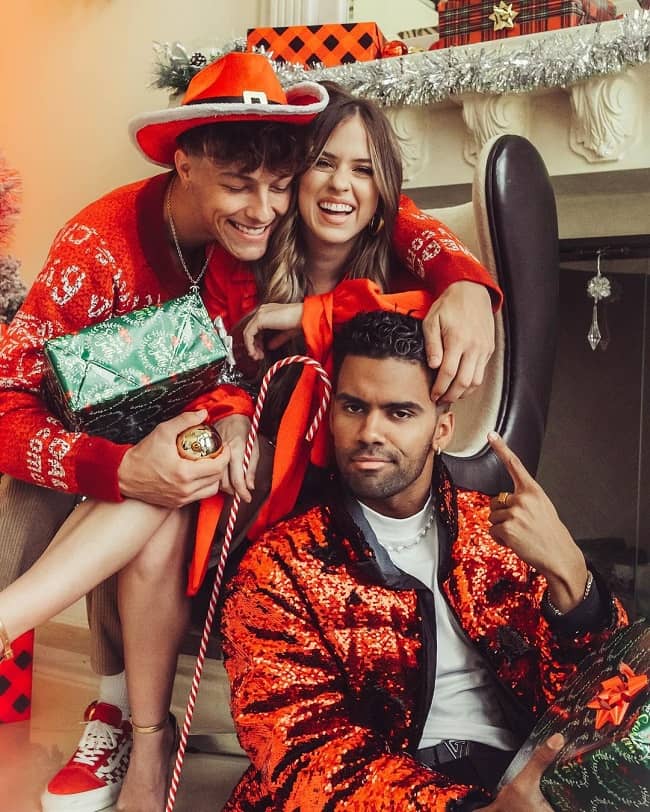 Moreover, “The Hype House” is a TikTok account that is also the name of an actual house where TikTok, Instagram, and YouTube influencers came together to live in Los Angeles. This group’s TikTok account has earned over 18 million fans and more than 511 million likes. Then in January 2020, The Hype House signed with the talent agency WME. In August 2020, it was revealed that a reality series focused on the group called “The Hype Life” will be produced.

Thomas Petrou and Chase Hudson set up the living arrangement for the Hype House. He has used songs by various well-known artists including Jason Derulo, Drake, Lil Wayne, and more for his TikTok videos. 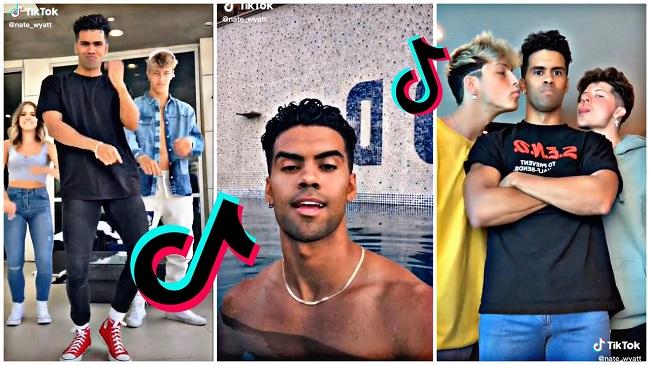 Soon after, he started collaborating with other TikTok personalities too. This was after joining The Hype House. This boosted his number of followers even others.

Similarly, he also launched himself as a singer in the year 2018. He released the album called Boy Meets World. Later, he released songs including For You, With You, Danger, and Marathons. Lastly, in the year 2020, he dropped his last album Introduction. The song Introduction has around 33k plays on ‘SoundCloud’ whereas his latest song, Ride Ft The Greys has 194k plays on the platform.

Nate Wyatt began dating Aidette Cancino in the summer of 2018. However, the then-lovers parted ways in the year 2019. Aidette Cancino is also a Youtube star who is famous as a beauty guru and vlogger. Similarly, her YouTube channel “AidetteLovesBeautyXo” has earned more than 550,000 subscribers. Currently, he is enjoying his single life.

He stands tall at a height of approximately 5 feet 8 inches and his weight is around 62 Kg or 136 lbs. Moreover, his chest-waist-hip measures are 36-30-37 inches respectively. Likewise, he has dark brown hair and eyes of the same color. 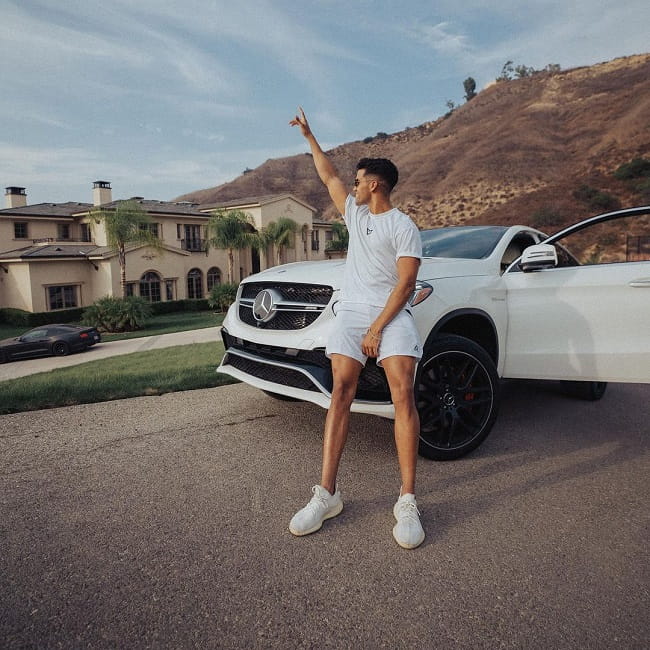 Caption: Nate Wyatt posing for a photo beside his car. Source: Instagram

Talking about his social media presence, Nate Wyatt joined Twitter in May 2012 and so far has over 36.6k followers on his @itsNateWyatt account. Likewise, he is available on Instagram under the username @itsnatewyatt. This account boasts 89 posts shares and more than 1 million followers as of December 2020.

Similarly, he created his self-titled “Nate Wyatt” Youtube channel on December 7, 2014. So far, this channel has garnered over 29.7 million views and 527K subscribers. He is also available on Tiktok. He goes by @nate_wyatt and this account boasts 4.8 million followers and 204.7 million likes. Moving on, he has a net worth of approximately $3 million as of 2020.