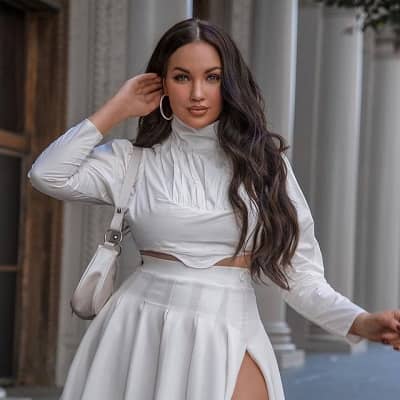 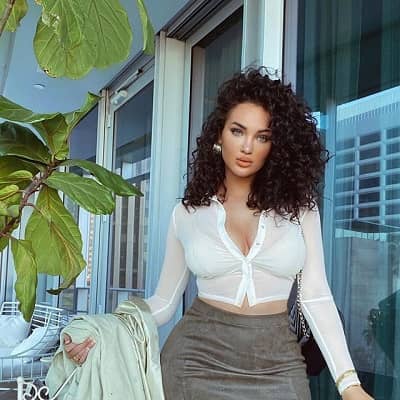 Natalie Halcro model, reality television personality, and social media star who hails from Langley, Canada. Natalie Halcro is a part of a fashion blog, “Jerome” together with her cousin sister, Olivia Pierson.

Natalie Halcro’s birthdate is 2nd February 1988 and her birthplace is Langley, British Columbia, Canada. Halcro holds Canadian-American nationality and is of Caucasian ethnicity. Similarly, Natalie’s age is thirty-four years old and her zodiac sign is Aquarius. The name of his father is Jim Halcro, a former firefighter, and her mother is Rhonda Halcro. Natalie even has two siblings and their names are Stephanie Halcro and Joel Halcro.

Olivia Pierson is Natalie Halcro’s cousin’s sister. Halcro defines herself to be a family person and loves spending her Christmas breaks together with her large family. Halcro has a close connection with her family. As for her educational background, Natalie Halcro was homeschooled. Other than this, there is no further information about Natalie Halcro’s childhood and studies. However, it is for sure that Halcro has received a Bachelor’s degree. 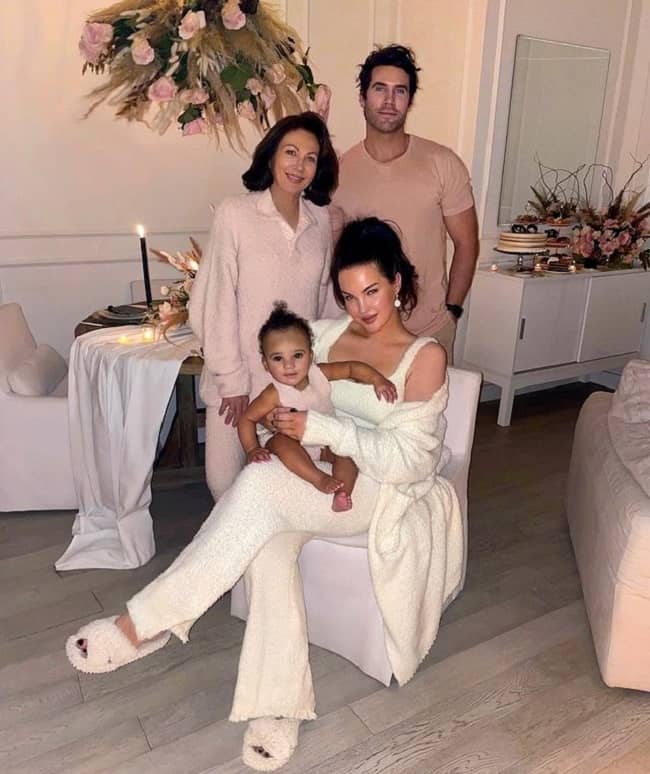 Caption: Natalie Halcro with her mother and brother (Source: Instagram)

Apart from her professional career, Natalie Halcro also loves doing other activities. Natalie loves the book, “The Alchemist” so much that she reads it over and over many times. Likewise, the Canadian model however does not like watching reality TV shows. Instead, Natalie likes to hang out rather than stay inside the house and watch television. The Canadian and American model labels herself to be a girly person and her favorite color is pinky peach. Natalie also has a hobby of gathering candles which she loves. Moreover, Halcro loves pets and even has a pet dog whose name is Monkey. Natalie even calls his pet dog with other names, Monk, Mimi, and Sweetie lovingly.

Natalie Halcro began her professional modeling career when she was just twelve years old. At the age of sixteen years, the model had already contracted with NEXT as a skilled model. She has worked for several Champaign brands and commercials too. Halcro is also one of the co-founders of the blog Jerome together with her cousin, Olivia Pierson. On 3rd November 2016, the Canadian model took part in the Vanderpump Dogs Foundation Gala. Likewise, the popular Canadian TV personality was a member of the actors for WAGS. This is when Natalie Halcro gained maximum popularity.

Natalie Halcro also has a YouTube channel together with her cousin, Olivia Pierson. The name of the channel is “Nat & Liv” where they frequently center on makeup appraisals and tutorials. Even though Halcro adores providing make-up and fashion-related ideas, she trusts that “one is comfortable in their skin”. The model also enjoys interacting with her admirers and greets views from them as well. When it comes to the politics on WAGs, the Canadian model says it does not trouble her much. She also has faith that a woman’s marital status cannot be a term for her.

On headings such as ‘trophy’ and ‘arm candy’ set to her by viewers after her entrance in WAGs, Halcro states there’s furthermore to her than just a beautiful look. Being a female, Natalie highlights the point that females shouldn’t be refereed by the movements of their spouses or lovers. The Canadian model is an unbiased being and loves to identify diverse traditions. For her prom, Natalie even designed and prepared her dress of a similar color! Moreover, the model has endorsed several brands like Old Navy, Nissan, and Mazda. 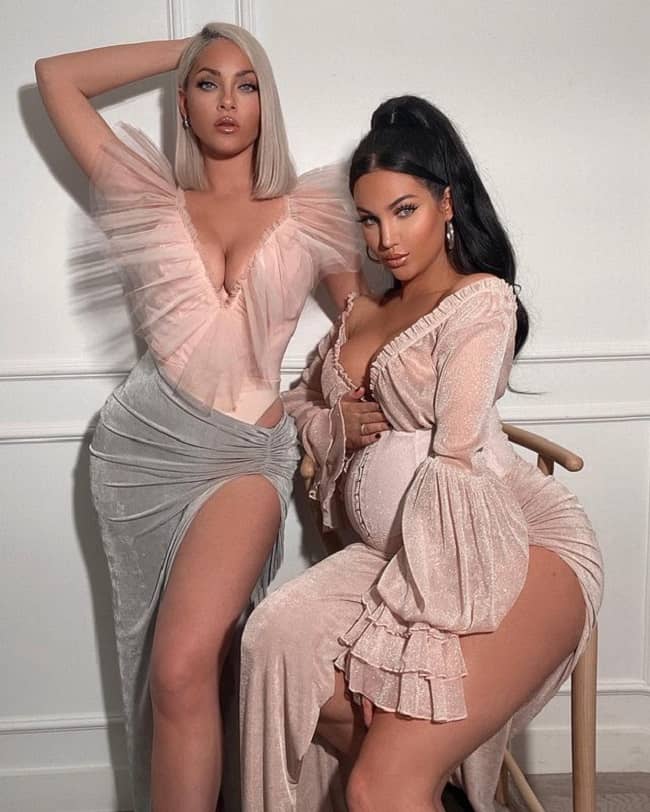 Natalie Halcro previously was dating NFL player, Shaun Phillips from the year 2012. However, Natalie broke up with Shaun Philips after being in a relationship for some time. On 4th February 2020, the Canadian-American model gave birth to her first daughter, Dove. Both of them are living together happily as of now. Also, for now, Natalie Halcro seems to be single and is more focused on making her career more successful.

However, once, the Canadian and American models went on to be involved in a controversy. This happened after Halcro commented about her former boyfriend, Shaun Philips when she said that she was not happy when she saw him on ‘WAGS’. Other than this, Talkie Halcro has never been in other scandals and rumors too. Natalie Halcro has been busy making her profession and family without giving any concern to other things. 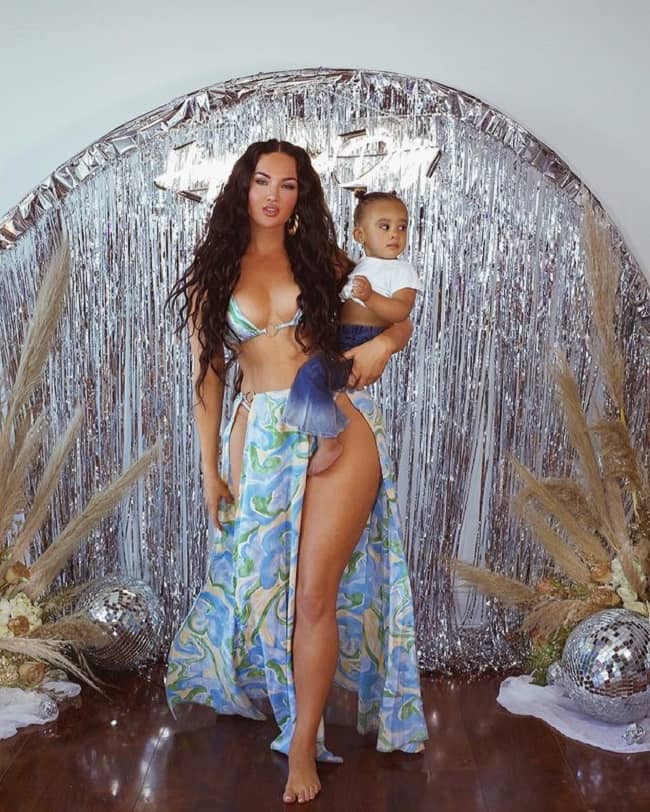 Regarding the body measurement of Natalie , she has a good and very attractive appearance. Natalie Halcro has a good height of 5 feet 8 inches or else 173 cm or 1.73 m. Similarly, the Canadian model has a suitable bodyweight of around 56 kg or 123lbs. Halcro’s body measurements are 40 inches, 26 inches, and 35 inches. The bra size of the Canadian model is 36 D and she has been wearing a shoe size of 6 (UK). In addition to this, Natalie Halcro has a fair complexion with a pair of hazel eyes and dark brown hair.

Talking about their appearance of Natalie on social media platforms, she has been quite active there. The Canadian-American model has social media accounts with thousands of followers. Natalie Halcro has an Instagram account with 4.2 million followers. Similarly, the Canadian-American model has 37.1 thousand followers on her Twitter account. Natalie has 12 million followers on her Facebook page as of August 2021. Natalie is popular due to her amazing work and also because of her sister’s relationship with Olivia Pierson.