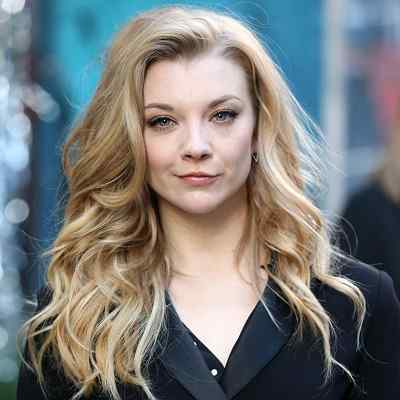 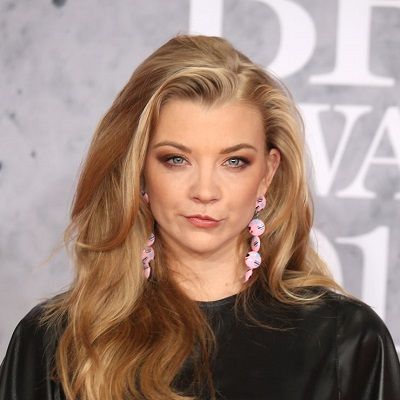 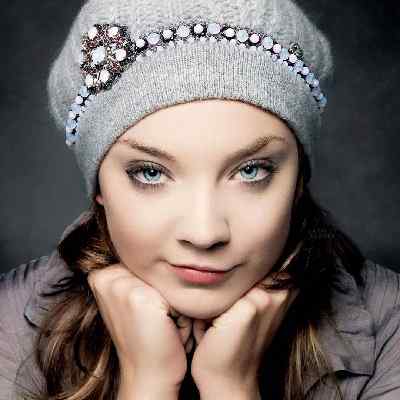 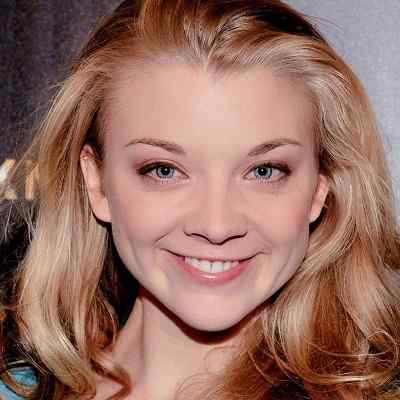 Natalie Dormer is an English actress, born and raised up in Berkshire. Natalie Dormer became famous for her role as ‘Anne Boleyn’ in ‘The Tudors’ and also for her roles in ‘Caption America: The First Avenger,’ ‘Game of Thrones,’ ‘Elementary,’ and ‘The Hunger Games: Mockingjay.’

Natalie Dormer was born in Reading, Berkshire, England, on February 11, 1982. Her mother, Claire Richards, is a housewife and her stepfather, Gary Dormer, works in the construction business. She is partly Norwegian and half Welsh. Likewise, she has a brother Mark and sister Samantha. She is 39 years old and Aquarius is her birth sign.

Dormer’s name was originally originated from Latin name Natalie, which means “birth of Lord.” She is of Atheism religion. She likes sport fencing and also a member of the London Fencing Academy. She loves to play proclaimed poker. Furthermore, she is a mezzo-soprano singer. She shaved her half head hair for her role in the film Hunger Games: Mockingjay.

She studied at Chiltern Edge Secondary School and later moved to the ‘Reading Blue Coat School.’ It is an independent boys’ school that admits girls in the sixth form. And, she was the vice-captain of the school’s netball team and also a member of the public-speaking team, through which she got to travel the world. She was also the head girl, a straight-A student. Despite all this, she once stated that she became a victim of bullying in school.

She also took dance classes at the ‘Allenova School of Dancing.’ She describes herself as the “academic hopeful” of the family and was provisionally offered a place to study at Cambridge majoring in history. But in her A-level History exam, she didn’t achieve the A grade which she needed to attend after she misread an exam question.

With ‘Cambridge’ out of the picture, she changed her attention to drama schools and ended up joining the ‘Webber Douglas Academy of Dramatic Art’ in London. Also, she made her stage debut with ‘The Comedy of Errors.‘

Six months after graduating from Webber Douglas, Dormer won the role of Victoria in Casanova in 2005. Moreover, she is best known for her role as Anne Boleyn in the Showtime series The Tudors and as Margaery Tyrell in the HBO series Game of Thrones. In 2007, she played Anne Boleyn in the first two seasons of ‘The Tudors.’ The series earned many good reviews and some controversial opinions. Her character died at the end of the second season.

In 2008, she appeared in ‘Agatha Christie’s Marple: ‘Why Didn’t They Ask Evans?‘ and in ‘City of Life.’ Then in 2010, she appeared on stage at the ‘Young Vic,‘ in-play ‘Sweet Nothing,’ in Madonna’s film ‘W.E,’ as the ‘Duchess of York,’ and also appeared in ‘Captain America: The First Avenger.’ 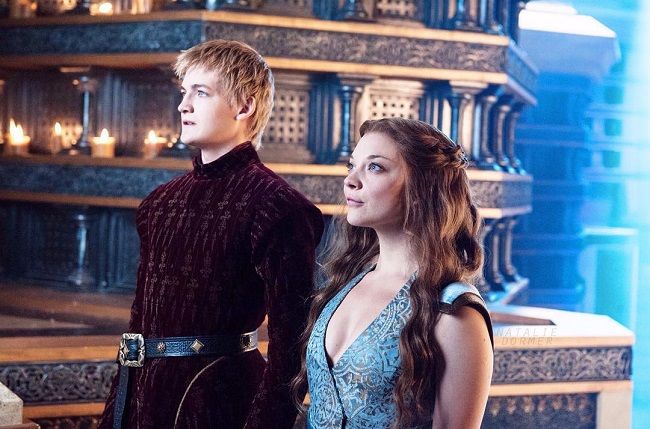 Caption: Natalie Dormer playing her character in the Game of Thrones. Source: Instagram

From 2012 till 2016 Dormer played Margaery Tyrell in the HBO fantasy TV series Game of Thrones. In March 2012, she came to the ‘Young Vic’ to play the part in After Miss Julie by Patrick Marber. Her performance received vital acclaim, with reviews describing her as “little short of sensational”, “outstanding”, and “the perfect Miss Julie”.

Her notable projects in acting career are ‘Rush,’ ‘The Counselor,’ and ‘Elementary.’ She is also famous as ‘Cressida’ in ‘The Hunger Games: Mockingjay.’ She has also made an appearance in ‘The Scandalous Lady W,’ ‘The Professor and the Madman’ and ‘The Forest.’

In February 2017, Dormer was cast as school teacher Mrs. Hester Appleyard in Picnic at Hanging Rock. The 6 episode feature aired on Amazon Prime and BBC in the United Kingdom. Her performance was described as “commanding” and “delicious”.

Likely, in May 2018, Dormer starred as a blind pianist in revenge thriller in Darkness that she also co-wrote. Likewise, in August 2018, it was announced that Dormer would narrate the audiobook for Pottermore Publishing’s Harry Potter: A History of Magic. In 2019, she voiced as an Onica in The Dark Crystal: Age of Resistance.

In March 2010, she made her stage debut at the Young Vic theatre in London as Mizi in the play Sweet Nothings. Then she went on to her next stage role of Pat in .45 at Hampstead Theatre in November 2010.

In March 2012, she made comeback to stage at the Young Vic to play the title role in After Miss Julie by Patrick Marber. Her execution earned critical acclaim, with reviews describing her as “outstanding”, “little short of sensational”, and “the perfect Miss Julie”.

Later she returned to the stage at the Theatre Royal Haymarket in October 2017 for the lead role in David Ives’ Venus in Fur. The Telegraph showcased her performance as “sensational” while Lyn Gardner wrote that she was “dominant in every way”.

Apart from acting, she has run the London Marathon twice; first in support of Barnardo’s in 2014 and then in 2016 for Childline. In 2016, she gave a speech at the United Nations Headquarters in New York City on the occasion of World Humanitarian Day. The event intended to show the situation of refugees around the world. She specifically spoke about the violence suffered by women and girls and called for men and boys to be engaged in the conversation.

In 2017, she visited Tanzania with the development and humanitarian organization Plan International. Her visit aimed to ban child marriage in the country.

Dormer, along with the rest of the Game of Thrones cast, was in nomination for four Screen Actors Guild Award for Outstanding Performance by an Ensemble in a Drama Series in 2012, 2014, 2015 and 2016, respectively.

Therefore, the cast received the Empire Her Award in 2015 by the British film magazine Empire. Also, for her performance in the third season of the show, Dormer won the Ewwy Award for Best Supporting Actress – Drama.

She won Golden Nymph Award in the category of Outstanding Actress for The Tudors. She also got Gemini Award for The Tudors category for Best Performance by an Actress in a Continuing Leading Dramatic Role.

Dormer is probably single as of now. She has expressed a need to stay away from social media and concern about being taken out of context online, highlighting that she has often been misquoted regarding controversial elements of her career. Likewise, she is believed to be engaged to filmmaker Anthony Byrne, whom she had met in 2007 while filming ‘The Tudors.’

She has reportedly split from her fiancé after 11 years together. The ‘Game of Thrones’ actress announced time on her relationship after promoting their new thriller ‘In Darkness’ together. However, they separated in the summer of 2018. 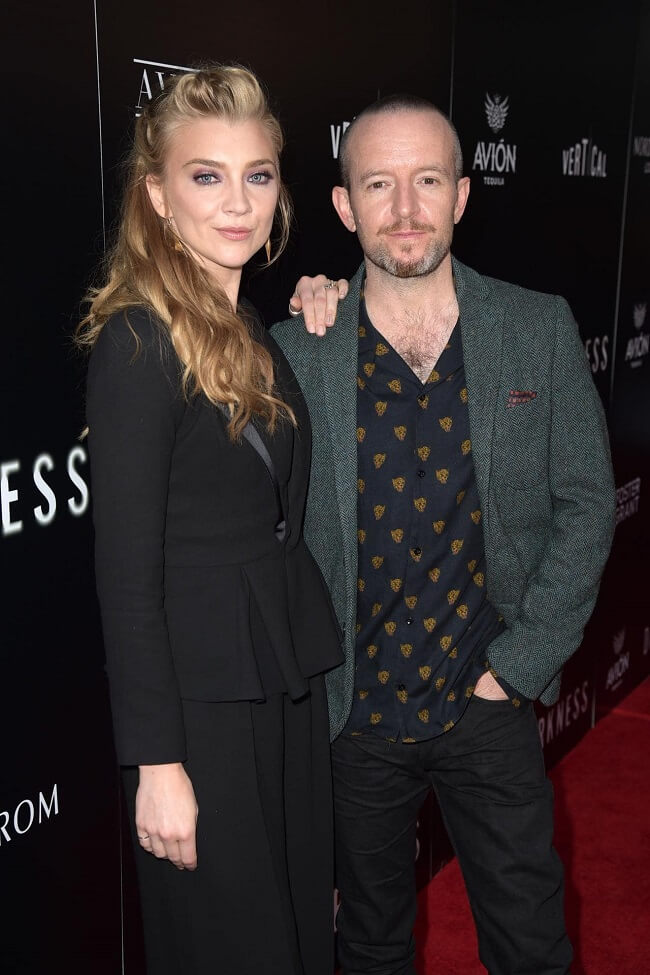 There were a lot of comments about her role in ‘The Tudors,’ especially about the amount of nudity involved in it. She defended herself saying that when she got the part, she was so happy just to get an acting job that she did not consider anything else.

She also said that she did not know how the script was going to evolve. And she also stated that there was a lot of male nudity and that it was natural because nudity and sex are part of life.

There were some rumors about her being pregnant when she was believed to be engaged with film director Anthony Byrne. The actor has made no comments regarding the rumors.

Her net worth estimates of $6 million as of 2018. Likewise, her salary per Game of Thrones episode is $900,000 + earns 10 grand for product placement and modeling. 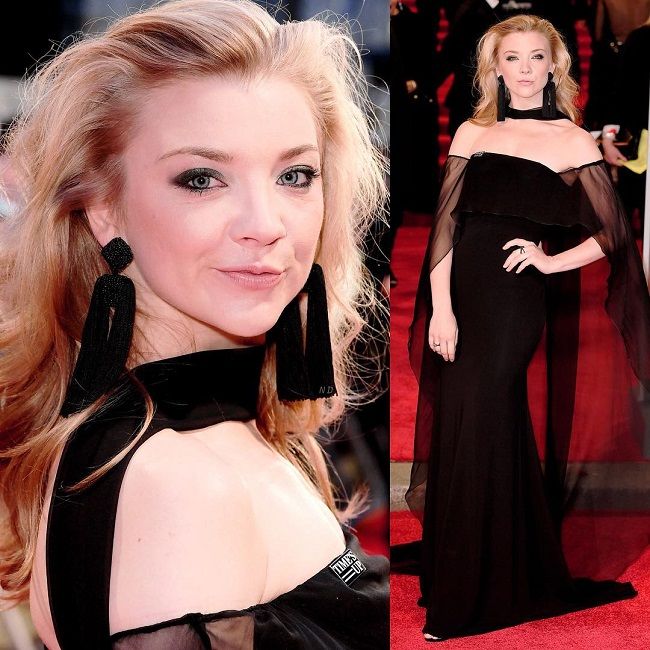