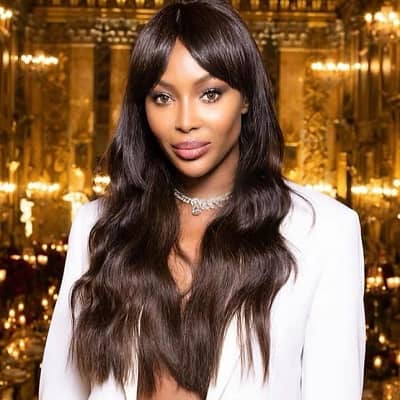 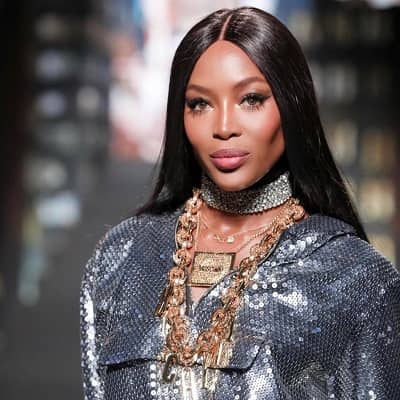 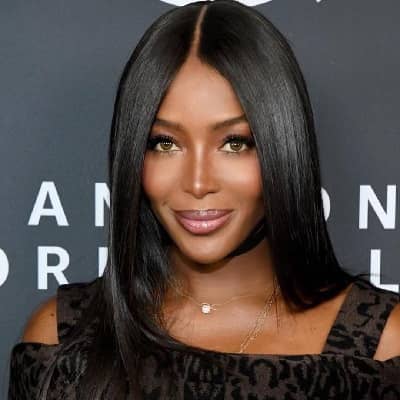 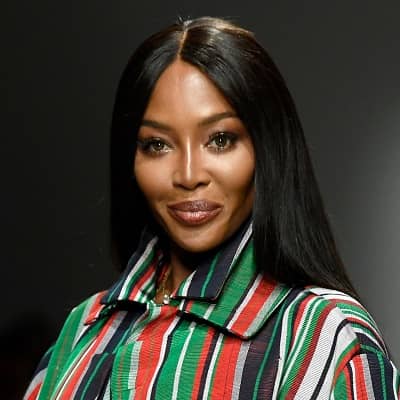 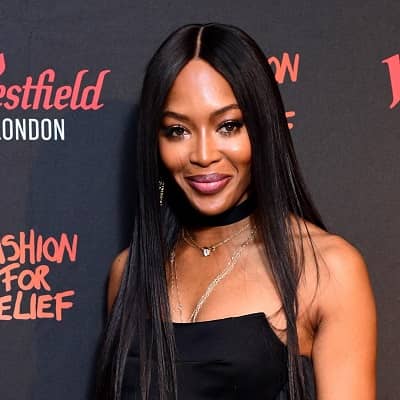 Naomi Campbell is a British model, actress, cultural Innovator, Activist, Privacy Law Pioneer, and businesswoman. Naomi Campbell was the first Black woman to appear on the cover of French ‘Vogue’ en route to iconic status in the modeling industry.

Her full name is Naomi Elaine Campbell. She was born on 22 May 1970. Her hometown is in Streatham, South London, England. Presently, she is 51 years old and her sun sign is Gemini. She was born to Jamaican-born dancer Valerie Morris. She has never met her father in her life who abandoned her mother when she was 4 months pregnant. Naomi has a half-brother named Pierre. Moreover, she is of Afro-Jamaican descent, as well as of Chinese-Jamaican ancestry.

Speaking of her educational journey, from age of 3, Naomi attended the ‘Barbara Speake Stage School. And, at the age of 10, she was accepted into the ‘Italia Conti Academy of Theatre Arts.’ There, she studied ballet. Likewise, she also attended ‘Dunraven School.’ 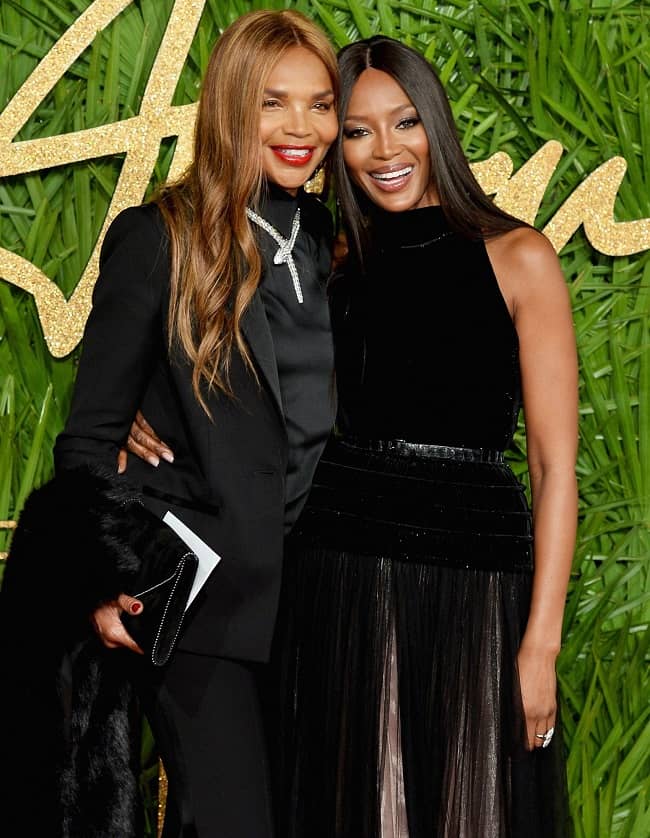 Naomi was discovered at the age of 15. Therefore, she set herself amongst the most recognizable and in-demand models of the late 1980s, the 1990s, and the earlier 2000s including the modern-day. And, fortunately, Naomi was one of six models of her generation declared supermodels by the fashion industry and the international press.

She has embarked on other ventures, including an R&B studio album and several acting appearances in film and television, like the modeling-competition reality show ‘The Face’ and its international offshoots. Further, she is also involved in charity work for various causes.

Further, Naomi was the first Black woman to appear on the covers of French and British Vogue. Also, she was the first Black model to appear on the cover of ‘Time.’ In 1978, she made her first public appearance in the music video for Bob Marley’s “Is This Love”. Likewise, at the age of 12, she tap-danced in the music video for Culture Club’s “I’ll Tumble 4 Ya”. 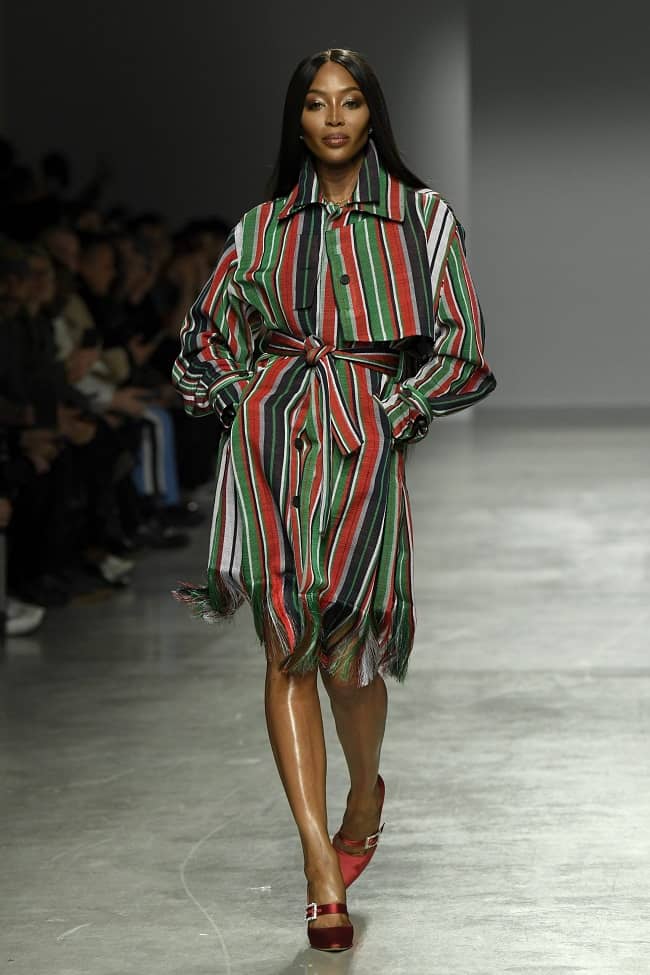 Film, Music, and other ventures

Following her fame as a model, she pursued acting and music careers. And, enjoying her greatest success with the latter in Japan. Naomi’s singing career peaked with the 1994 hit “Love and Tears.” Likewise, though her debut album ‘Baby Woman’ sold over 1 million copies, it was a critical flop.

At the same time, she also appeared in several music videos and films, including ‘Cool as Ice’ (1991) and ‘Miami Rhapsody (1995)’. Likewise, she also co-authored the novel Swan in 1994 and published a self-titled photo book after two years. Naomi is an ambitious businesswoman. She launched a line of fragrances for women in 1999 and the lifestyle-branding and event-planning firm NC Connect in 2002.

Naomi, who was close with former South African President Nelson Mandela, has been active in promoting the welfare of children in Africa. Therefore, through her charity Fashion for Relief, she has raised millions of dollars, for victims of catastrophic events. The events like Hurricane Katrina in 2005, the Mumbai terrorist attacks of 2008, and the Japanese earthquake and tsunami in 2011. 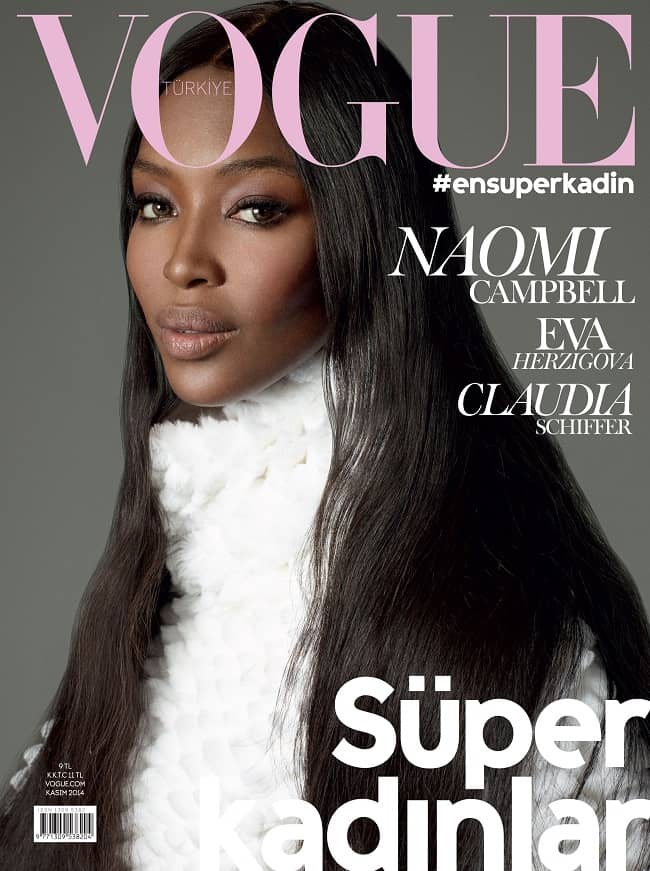 In the year 2013, Nomi joined the reality TV craze by developing her own model competition series ‘The Face.’ And, along with serving as a coach and a producer for the program, she created a version of ‘The Face’ for the Australian television market.

She was given the chance to demonstrate her acting skills with a recurring role on the hit American drama Empire, which debuted in 2015. The same year, she also starred in the anthology series ‘American Horror Story: Hotel.’ Naomi did another recurring role in the musical drama Star, beginning in 2017.

It was before returning to reality television as a judge for the fashion competition series ‘The Cut’ in 2020. Further, she launched a YouTube channel named ‘Being Naomi’. She continued her work in the modeling industry by becoming the face of the NARS cosmetics Spring 2019 campaign.

Naomi was involved in a high-profile lawsuit in 2002, with London’s ‘Daily Mirror’ over the publishing of photos of her leaving a Narcotics Anonymous meeting. And, after several appeals, the court ruled in Naomi’s favor. Moreover, with a reputation for a quick temper, she has been arrested and sued for committing acts of physical violence and verbal abuse.

And, in June 2008, she pleaded guilty to assaulting two police officers during an “air rage” disturbance on a plane at London’s Heathrow airport. She also pleaded guilty to misdemeanor “reckless assault” for throwing her cell phone at her maid. Therefore, in a dispute over a missing pair of jeans in January 2007.

In the year 2000, she pleaded guilty to a similar attack on an employee in Canada. Therefore, her assistant claimed Naomi threw a mobile phone at her and threatened to throw her out of a moving car. However, she paid the assistant an undisclosed sum and agreed to attend anger management classes.

In the year 1993, she was engaged to U2 bassist Adam Clayton. However, they separated the following year. Likewise, in 1995, she dated Leonardo DiCaprio. From 1998 to 2003, she was in a relationship with Flavio Briatore. They were engaged before breaking up.

Similarly, from 2008 until 2013, she was in a relationship with Vladislav Doronin. Additionally, she also dated Robert De Niro, Hassan Jameel, Sean “Diddy” Combs, and Usher. And, in 2019, she dated Liam Payne and Skepta. Further, in May 2021, she announced the birth of her daughter.

This stunning model stands tall and has a height of 5 feet 10 inches. Similarly, she has maintained her weight and is around 58 kilos. She has a sexy and appealing body figure. Her chest-waist-hip measurements are 34-24-34 inches respectively. Additionally, her dark skin tone, along with her lean physique is very alluring.

This supermodel has made her a separate fan base in the entertainment industry. Her professional career surely makes her earn a handsome amount of money. However, in 2021, she sits on a staggering net worth of $80 million.