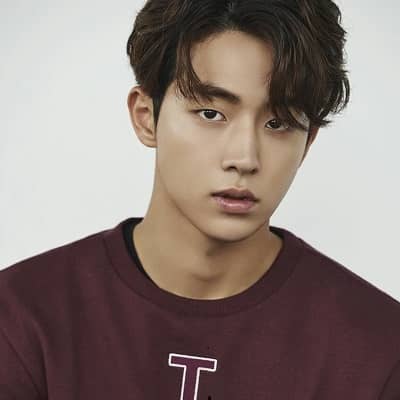 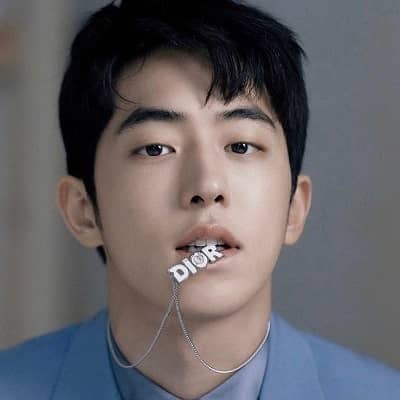 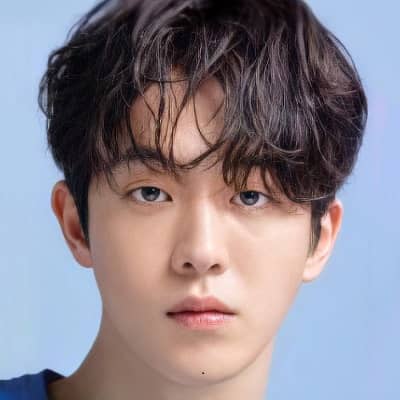 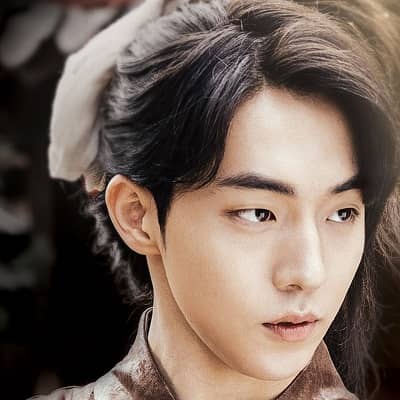 Nam Joo-hyuk is a prominent South Korean actor and model. Nam Joo-hyuk has appeared in several well-known TV dramas like “Weightlifting Fairy Kim Bok-joo”, “Who Are You: School 2015”, “Start-Up”, and “Moon Lovers: Scarlet Heart Ryeo” among many. He also gained immense fame for appearing in the historical film “The Great Battle.”

Nam Joo-hyuk was born on February 22, 1994, and he is currently 28 years old. He hails from Busan, South Korea, and his zodiac sign is Pisces. He studied at Gyeongnam Middle School. While studying there, Nam Joo-hyuk dreamed of becoming a professional basketball player.

Therefore, J00-hyuk played on the basketball team for three years. Unfortunately, he sustained an injury and later underwent an operation. This put an end to his basketball career. Later in late October 2017, Nam Joo-hyuk shared the stadium with the American professional basketball player for the Golden State Warriors of the National Basketball Association, Stephen Curry.

Moreover, Nam Joo-hyuk’s name is written in Korean as 남주혁 and in Hanja as 南柱赫. Nam Joo-hyuk is the only child in his family and hence doesn’t have any siblings. However, he has not shared much information regarding his parents and other family details. 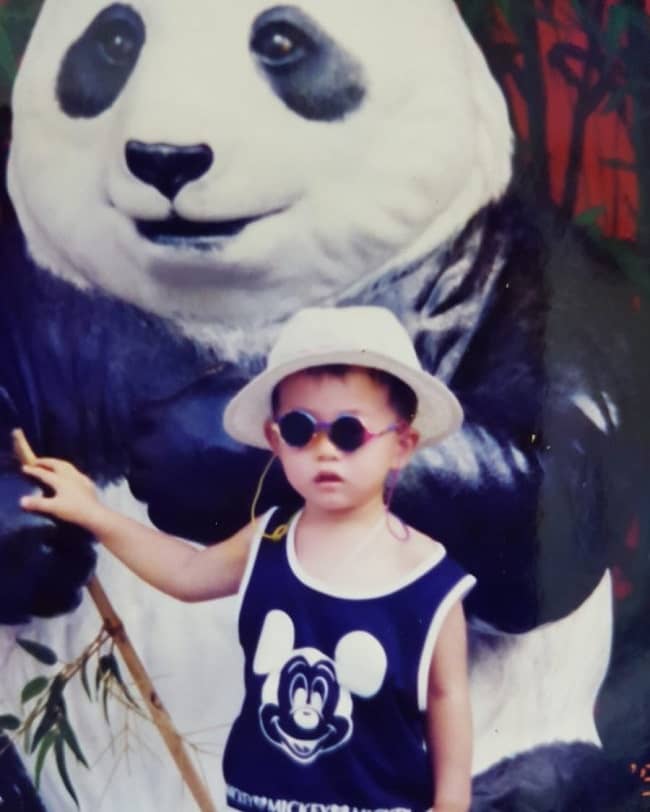 Caption: Nam Joo-hyuk posing for a photo in a childhood photograph. Source: Instagram

Nam Joo-hyuk is an actor and model. He is most popular for playing the lead role of Han Yi-an on the KBS2 drama series Who Are You: School 2015. Similarly, as a model, Nam Joo-hyuk has walked the runway for brands like SONGZIO Homme. The young star started his career in modeling in the year 2013.

Later in 2015, Nam Joo-hyuk received a nomination for the “Best New Actor” award at the 8th Korea Drama Awards for his work on Who Are You: School 2015. He also co-starred with Park Hae-jin in the series Cheese in the Trap.

Similarly, Nam Joo-hyuk won the contest “Top Model” after moving to Seoul. This contest was sponsored by K-Plus. Soon after that, the actor/model signed an exclusive contract with the modeling agency. 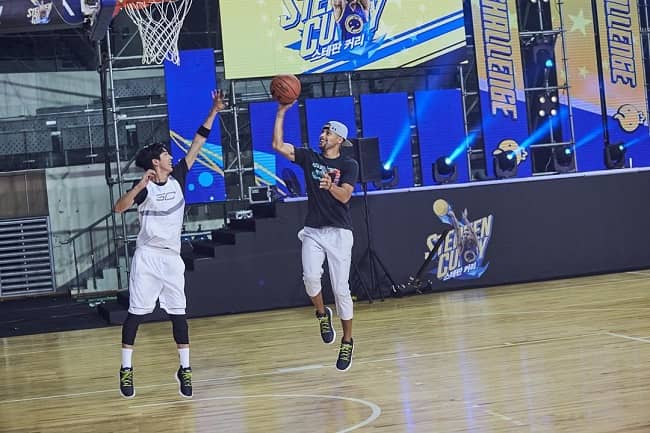 In the year 2013, Nam Joo-hyuk debuted as a model for the SONGZIO Homme 2014 S/S collection. After that, he starred in the music videos 200% and Give Love. These songs are of fellow YG Entertainment artist Akdong Musician. Nam Joo-hyuk then made his acting debut as a supporting role in the tvN drama, The Idle Mermaid.

A year later in 2015, the actor gained fame with his appearance in KBS teen drama Who Are You: School 2015. The next year, he starred in supporting roles in the college romance series Cheese in the Trap and historical drama Moon Lovers: Scarlet Heart Ryeo.

The same year, the young actor became a cast member in the variety show Three Meals a Day. In 2016, Nam Joo-hyuk received his first lead role in the youth sports drama Weightlifting Fairy Kim Bok-joo. Then in 2017, he starred in tvN’s fantasy romance series The Bride of Habaek.

The actor also guest-starred in the reality series Running Man and also appeared in a music video of the song Chocolate. He also served as a cast member in the variety shows Celebrity Bromance and My Ear’s Candy. 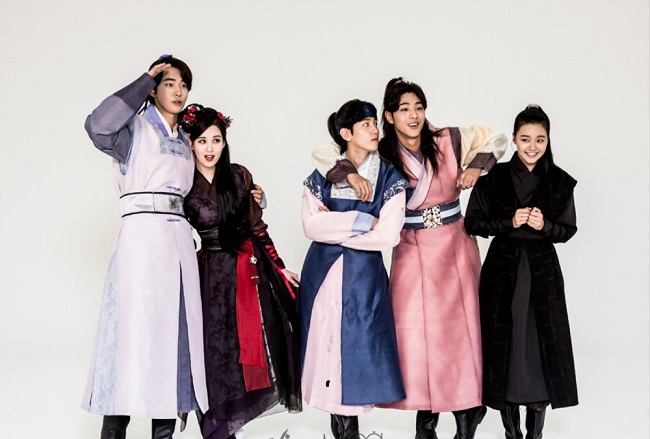 In the year 2018, Nam Joo-hyuk starred in the historical film The Great Battle. This project marks Nam Joo-hyuk’s big-screen debut. Then he received the “Best New Actor” award at the prestige Blue Dragon Awards.

A year later in 2019, Nam Joo-hyuk starred in the fantasy romance drama Dazzling. He was also cast in the romance film Josee. It is a remake of the 2003 Japanese film Josee, the Tiger and the Fish. Nam Joo-hyuk then starred in Netflix’s supernatural crime drama The School Nurse Files. This drama was released on September 25, 2020.

While writing this biography, Nam Joo-hyuk is playing the lead role of Nam Do-san in the tvN series Start-Up. He will also be seen in the upcoming series Here by Noh Hee-kyung. 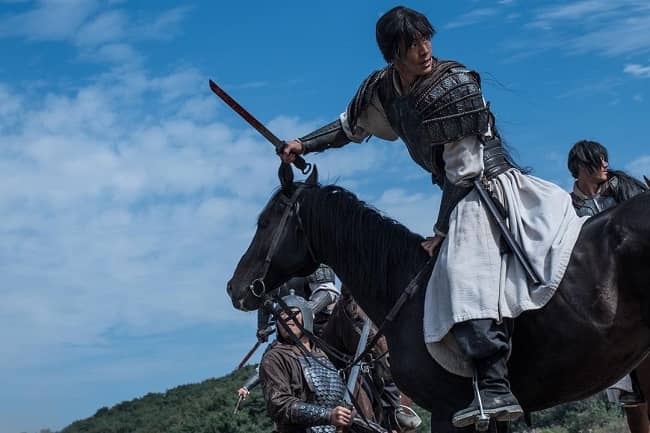 Caption: Nam Joo-hyuk captured in a still cut of the film ‘The Great Battle’. Source: Instagram

In November 2017, Nam Joo-hyuk signed with the brand Penshoppe. He became the new model of the clothing brand. Alongside, he also became one of its brand ambassadors. Similarly, on 17 April 2019, the fashion brand Dior officially announced that Nam Joo-hyuk was chosen as the brand ambassador of Dior Men in Asia.

Then on 6 April 2019, there were reports that Nam Joo donated about 30 Million Won to the “Hope Bridge Association of the National Disaster Relief” for the victims of the Gangwon Province wildfire in South Korea.

As of 2020, Nam Joo has received a total of 26 award nominations at various award ceremonies. Among them all, he has bagged 12 awards. He bagged the award “Fashion Model of the Year Awards, Male Model Category” at the 2014 3rd CFDK Awards. Then in 2015, he won the award “Best New Actor” at the 4th APAN Star Awards and “Popularity Award, Actor” at the 29th KBS Drama Awards.

In the year 2018, Nam Joo took home all the awards that he was nominated for his role in the movie The Great Battle. At the 6th Marie Claire Asia Star Awards, Nam Joo bagged the “Rising Star Award”. 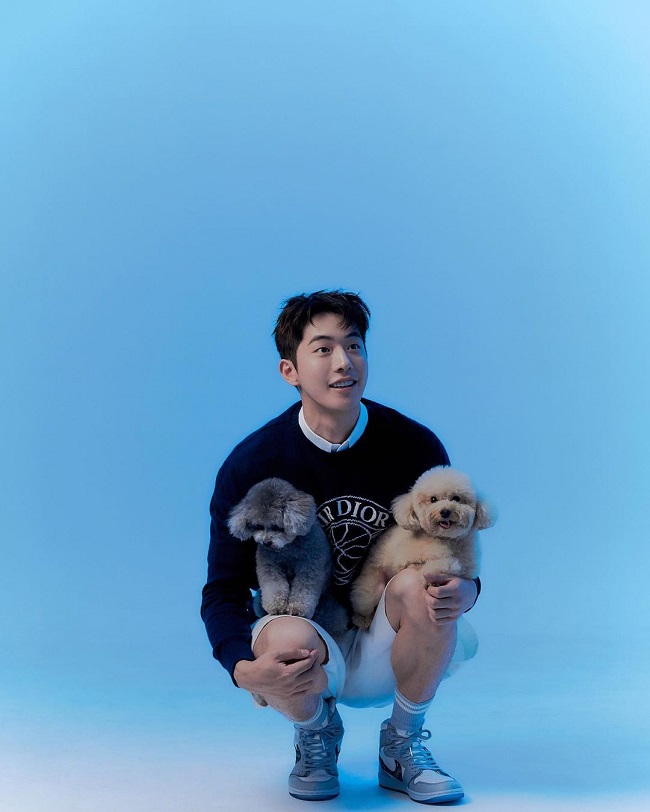 At present, Nam Joo is more focused on his career and professional life rather than involving his relationships and affairs. Hence, he is currently single. However, in April 2017, he started dating actress-model Lee Sung-kyung. The two are co-stars of the TV dramas Weightlifting Fairy Kim Bok-joo and Cheese in the Trap. However, the couple revealed that they had parted ways on August 18, 2017, due to their busy schedules.

Nam Joo stands tall at a height of approximately 1.87 meters or 6’1″. Likewise, his weight is 163 pounds or 74 kgs. Similarly, Nam Joo has dark brown hair and eyes of the same color.

Talking about his social media presence, Nam Joo joined Twitter in October 2013 and so far has over 11.2K followers. His username on this platform is @nam6310 and he has kept his account private. Similarly, he goes by @skawngur on Instagram.

This account boasts 600 post shares and over 13.4 million followers at the time of writing this biography, i.e. December 2020.

Moving on, Nam Joo has a net worth estimation of approximately $64 million dollars.