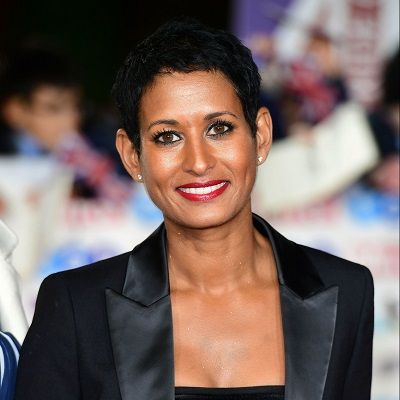 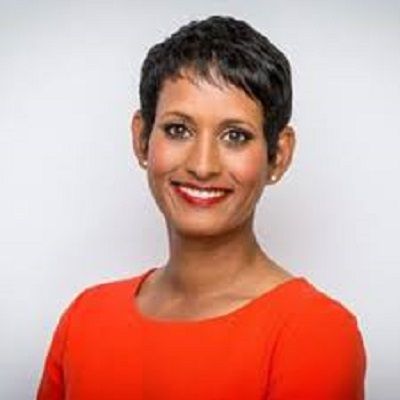 Naga Munchetty was born on 25th February 1975 and is currently 45 years old. Her real name is Subha Nagalakshmi Munchetty-Chendriah and her zodiac sign is Pisces. She was born in Streatham, London, United Kingdom.

Likewise, her nationality is British while she belongs to the mixed ethnic group. She was born to a Mauritian father and an Indian mother. Her mother’s name is Muthu Chendriah. Likewise, her parents moved to Wales to pursue their higher studies in the early 1970s.

Her mother studied dentistry while her father took the nursing training. Similarly, after crossing each other’s path, they fell in love and got married in London. Likewise, she got her name after her mother dreamt of snakes while she was pregnant with her.

The term, ‘Naga’ means cobra in Sanskrit. Similarly, she has a younger sister named Mimi and both grew up in South London. Both of her parents worked at the hospital where her mother switcher from a dentistry career to nursing.

Likewise, Naga shares that her mother was a very strict parent. They were never allowed to have sleepovers and also were not allowed to attend the late-night parties. Similarly, she grew up speaking the English language as it was a common language of their parents.

Moreover, she also shares about her maternal Indian grandparents. They would exchange letters and also called each other frequently. Her grandmother used to make ‘bhajias’ to her and also learned to make chips for her as she loved it.

Moreover, she is a talented person and plays many musical instruments very well. She plays jazz trumpet and classical piano harmonically. Likewise, during her college days, she worked at a bar and knows how to make cocktails too.

Similarly, she also plays golf with a handicap of nine in 2015. Moreover, she won the Hertfordshire de Paula Cup at Bishop’s Stortford Golf Club in October 2015.

Furthermore, reflecting upon her educational background, she completed her entire schooling from the Graveney School in Tooting. Likewise, having parents working in the field of medical background, her mother wanted her to be a doctor or a lawyer.

Moreover, she was a very academically sound kid since childhood and her parents wanted her to study medicine. However, she chooses to study English Literature.

She later graduated with a Bachelor of Arts degree honoring in English Literature from the University of Leeds. Likewise, after this, she completed her post-graduation in newspaper journalism.

Naga has earned quite a fame throughout her career. Her primary source of income is TV presenting and her net worth is $12 million. Likewise, she also owns a spacious luxurious modern design home in Hertfordshire, costing around $2 million.

Naga has a confident personality and is a strong charming lady. Likewise, she looks compliments well with dark brown eyes color and black hair. She stands 5 feet 3 inches tall (63 inches). However, there is no information regarding her weight and body measurement.

After completing post-graduation in newspaper journalism, Naga did her first job as a journalist in the popular City Pages of the London Evening Standard.

Likewise, after working for a certain time in television, she worked in CNBC Europe. She became the senior producer in reputed ‘CNBC Europe’ which is a business and financial news television channel.

Moreover, she also worked as a business producer and reported for another channel, ‘Channel 4 News’ and also as a TV presenter in ‘Bloomberg Television’ which is business news.

Likewise, after working in the television industry for certain years, Naga joined the ‘British Broadcasting Channel’ in October 2008. She worked in the ‘BBC Two’s’ television show ‘Working Lunch’.

Later she joined the show after it became re-launched with new titles, set, and with new presenters. She along with Declan Curry replaced its previous presenters Adam Shaw, Paddy O’Connell, and Nik Wood. 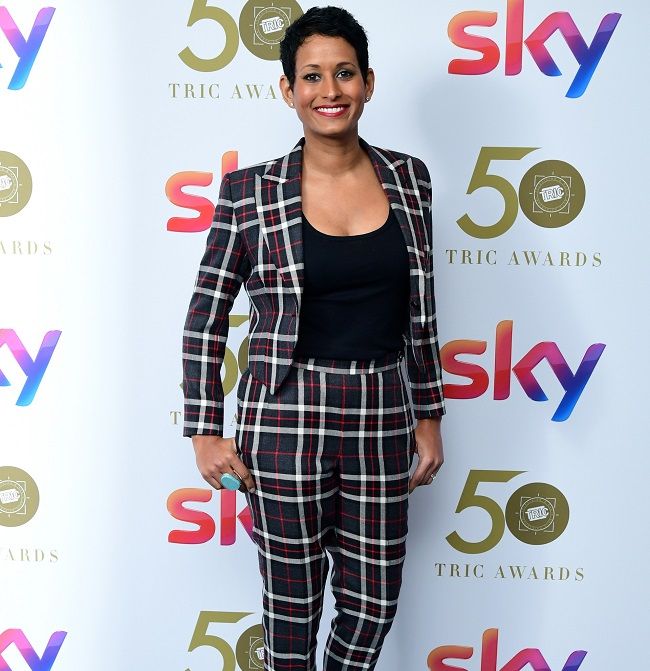 Similarly, she co-hosted ‘The Spending Review-The South Today Debate’ on ‘BBC One’ along with Sally Taylor in September 2010. Moreover, besides financial news she also presented a show on Halloween named ‘Paranormal Investigation: Live’.

Additionally, she also worked as a presenter in the weekday current affairs program ‘Newsnight’ airing in ‘BBC Two’. Likewise, she has worked in many programs on BBC like ‘BBC Breakfast’ which covered news about business, sports, weather, and others.

Besides being a presenter on BBC, Naga has also featured in the British children’s sketch comedy series ‘Class Dismissed’. Likewise, she along with Sean Fletcher co-presented ‘The Teaching Awards 2017’ which is an annual teacher awards ceremony.

Moreover, she won the ‘Celebrity Mastermind’ on the show ‘BBC One’ in which her subject in the show was ‘The Ryder Cup 1979 to present’.

Besides her professional career as a television presenter, she is also an avid golf player. Naga is the recipient of the prestigious ‘Hertfordshire de Paula Cup’. She met her husband James Haggar at a public event.

Both have a mutual interest in playing golf and got married in the year 2007 after dating for two years.

Reflecting upon her social media presence, she is only present on Twitter. She joined March 2011 with handle @BBCNaga having 184.6K followers.