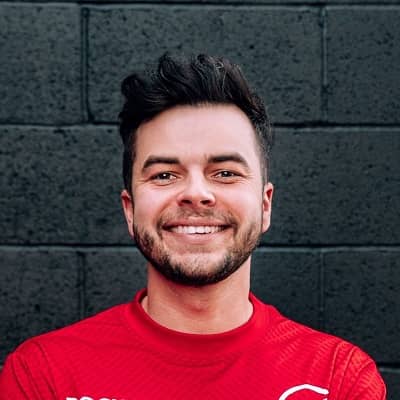 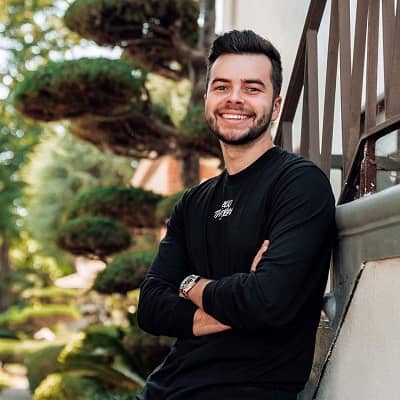 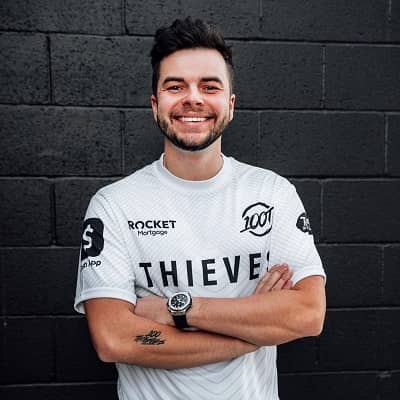 Nadeshot was born on August 3, 1992, and he is currently 30 years old. He hails from Palos Hills, Illinois and his real name is Matthew Haag. Talking about his family, his father’s name is Jeffery, a carpenter, and his mother is Christina. His mother sadly passed away in 2012. He also has two siblings, a brother, and a sister.

He attended Amos Alonzo Stagg High School in Illinois and graduated from there in 2010, around the same time, he became a member of Optic Gaming. After high school, he attended a two-year Business Studies course at Moraine Valley Community College and worked at McDonald’s before his gaming career hit off. He later settled in Los Angeles, seeking better opportunities as a professional gamer. 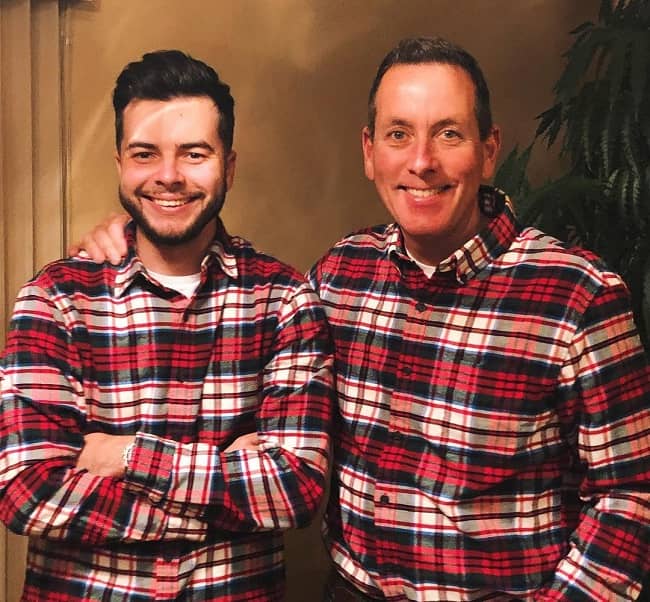 Caption: Nadeshot posing for a photo with his father. Source: Instagram

Professionally, Nadeshot is a Youtube phenomenon and he makes a living as a competitive Call of Duty gamer. He is also popular as “Nadeshot” or “Optic Nadeshot”. Likewise, he earned the titles of MLG All-Star Classic MVP and Champion and Gamebattles Live Champion, and reigning Belt Holder for Call of Duty: Modern Warfare 2 among numerous others.

He first started competing at the age of 13 and turned pro when he was 16 years old. He turned pro when the first version of Modern Warfare became available in the Call of Duty franchise. Moreover, he joined OpTic Gaming LLC in June of 2010. Further, his YouTube channel has over 3.2 million subscribers and he also has more than 1.4 million followers on Twitch. He also plays “Call of Duty” for a living like fellow YouTuber Soargaming.

At age 13, he became an official competitive gamer with the “Halo” game series. One Christmas, he received a gift of the game “Gears of War” and almost qualified for the MLG Chicago Gears of War play in 2007. After three years of competitive gaming, he managed to make it to ‘OpTic Gaming’ in 2010 and became famous overnight.

In 2011, he won the “Call of Duty: Modern Warfare 3” and took home the trophy and 100K dollars, with his team winning 400K. Then in 2013, he participated in the “MLG X Games” on Xbox One and faced Evil Geniuses in the semifinals, who his team beat 3-1, and played against the gaming favorites ‘Team Kaliber’ in the finals.

He claimed the “MLG Championship” trophy for the first time that year in Texas and was named the “esports Player of the Year” in 2014. The following year, he went on to claim the MLG title again for the second time in a row against ‘Denial eSports’. 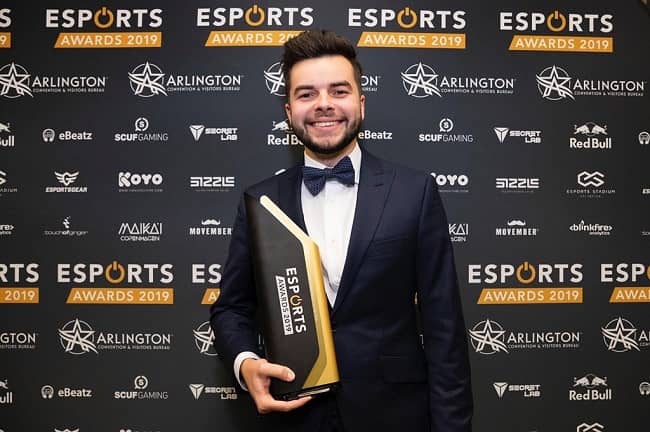 He announced in 2015 that he would no longer captain the ‘OpTic Gaming pro-team and the next year he launched his gaming team called the “100 Thieves/”Hundred Thieves”. His team began playing in the Call of Duty World League during the Black Ops III season. The team subsequently expanded into League of Legends and Counter-Strike: Global Offensive, signing League players including Meteos and Aphromoo and the ex-Immortals roster for CS: GO in late 2017. Again, the team returned to CS: GO by signing Australian Renegades in October 2019.

His perseverance and commitment to progress as a gamer helped him win several championships. He has a huge female fan following owing to his cute “boy-next-door” looks. However, he is more popular for his ingenious skills as a gamer. At the age of 16, he became globally recognized for his gaming skills and at twenty-four he is the owner of a leading gaming team. His humility has taken him places and he always looks forward to meeting his fans and encourages amateur gamers by handing out gaming tips to them.

He is a Major League Gaming (MLG) X Games 2014 gold medalist and 2011 Call of Duty XP World Champion. He won Best eSports player at The Game Awards 2014. Likewise, he is a former Red Bull esports athlete and participates in the Twitch streaming program. He was previously sponsored by several gaming hardware companies including Astro Gaming and Scuf Gaming. Moving on, he has a net worth estimation of 10 million dollars.

Looking through his Instagram posts, it looks like Nadeshot is in a romantic relationship with Hayley Hey. He posted a photo featuring her for the first time on 5 September 2019. Since then, he has shared numerous photos with her.

Before this, he was rumored to be in a romantic relationship with the famous ‘YouTuber’ Jenna Ezarik since 2016. However, both of them didn’t respond to this rumor. 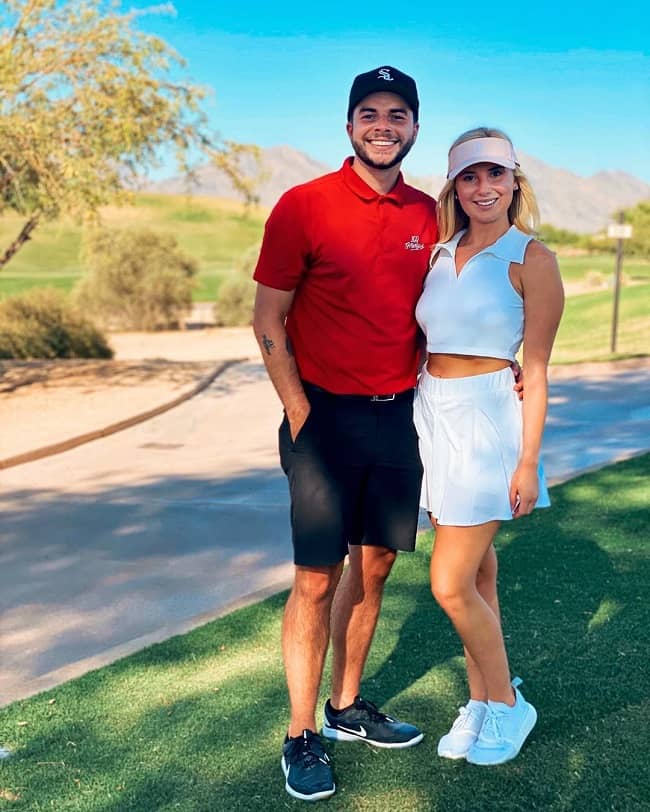 Sadly, there is no information regarding Nadeshot’s body measurement details. The height, weight, chest-waist-hip measures, biceps, dress size, shoe size, etc are all unavailable at the moment. Similarly, he has Dark Brown hair and brown eyes.

Talking about his social media presence, he joined Twitter in July 2010 and so far has 2.7 million followers on his @Nadeshot account. He also goes by @Nadeshot on Instagram and Twitch, and as NaDeSHoT on Facebook. He has shared 779 posts and earned 1.2 million followers on his Instagram handle at the time of writing this biography. Similarly, he has over 492.7k people following his journey on Facebook since January 3, 2011.

Further, he joined Youtube on June 9, 2010. Since then his “Nadeshot” Youtube channel has earned over 531.5 views and 3.25 million subscribers. He also has a secondary channel called “Nadeshot Plays”. This channel has earned 1.03 million subscribers and over 115 million views at the time of writing this biography. He has over 1.4 million followers on his Twitch handle.