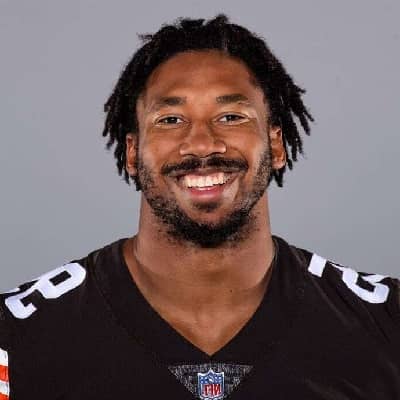 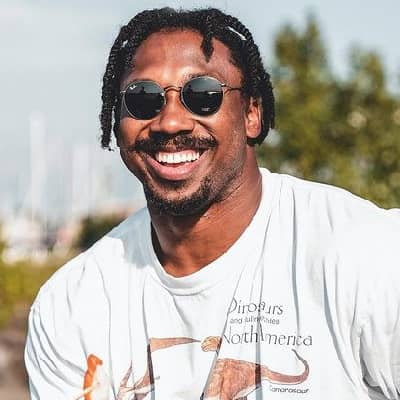 Myles Garrett was born Myles Lorenz Garrett on 29th December 1995 and is currently 25 years old. Being born in Arlington, Texas, United States, he holds American citizenship. Likewise, he belongs to a Christian family and was born under the sun sign of Capricorn.

Moving towards his family members, he was born to his father Larence Garrett, and his mother Audrey Garrett. Likewise, he also has a brother named Sean Williams and a sister named Bean Garrett. Talking about his educational details, he completed his schooling at Martin High School in Arlington. Later, he joined Texas A&M University and graduated from there.

Myles started his career at his high school. During it, the popular college football website Rival rated him as a five-star recruit. Likewise, he also played football at Texas A&M University. In his freshman year, he broke the sack record of 5.5 in only 6 games.  In fact, he finished the season with 11.5 sacks. He had surgery on his hand because of an injury in his sixth game. In his second year, he recorded 57 total sacks, 18.5 tackles, 7 quarterback hurries, and a blocked punt. However, his junior year career wouldn’t be that successful as he was limited by injuries.

On December 31, 2016, Myles announced that he was entering the 2017 NFL Draft. With excellent performance, he secured his position as a top ten pick. Among all the defensive, he had the third-fastest 40-yard dash. Some top magazines such as Sports Illustrated and ESPN ranked him on the top.

Moving on, the Cleveland Browns drafted him for the 2017 NFL. Finally, on 19th May 2017, he signed a four-year contract with the team with a guarantee of $30.41 million USD. Similarly, he began the season as a defensive end. However, he missed the start of the season due to his high ankle sprain injury during practice on 7th September. His first match was a losing match with New York Jets.

He played the 2018 season as a defensive captain. The first match was a tie with Pittsburgh Steelers and won the second match against New York Jets. In the 2018 season, he recorded 13.5 sacks, 44 combined tackles, 3 passes defended, 12 tackle-for-loss, and 3 forced fumbles. Furthermore, in the 2018 season, his team loss against Tennessee Titans and Seattle Seahawks and won against the New York jets.

During Week 11, he had a fight with Mason Rudolph during the match with Pittsburgh Steelers. For this behavior, he was suspended indefinitely by NFL. However, on February 12, 2020, he was restored from his suspension. In April, he extended his contract by 5 years with the team. 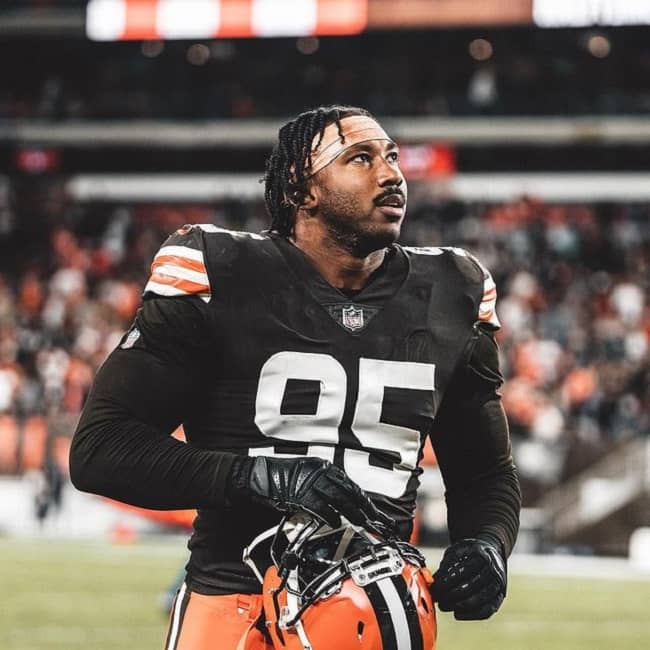 Being an athlete, Myles has maintained a fit and attractive body. He often does physical exercise to remain fit. Talking of his height, he is 6 feet 4 inches or 1.93 meters tall. Likewise, he has a body mass of 272 pounds or 123 kgs. Moreover, his actual body measurements (chest-waist-hip) are 44-34-36 inches respectively. Also, he has biceps of size 15.5 inches and he wears shoes of 12.5 (UK). In addition, the footballer has black hair and eyes of the same color. 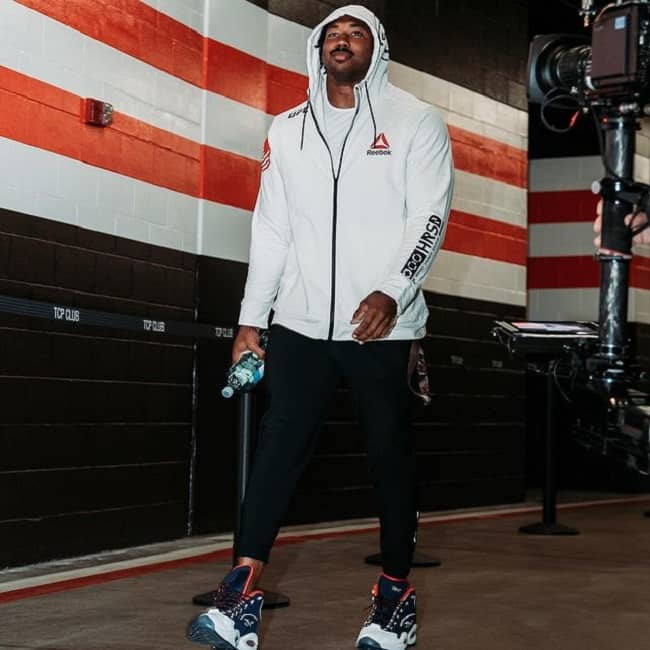 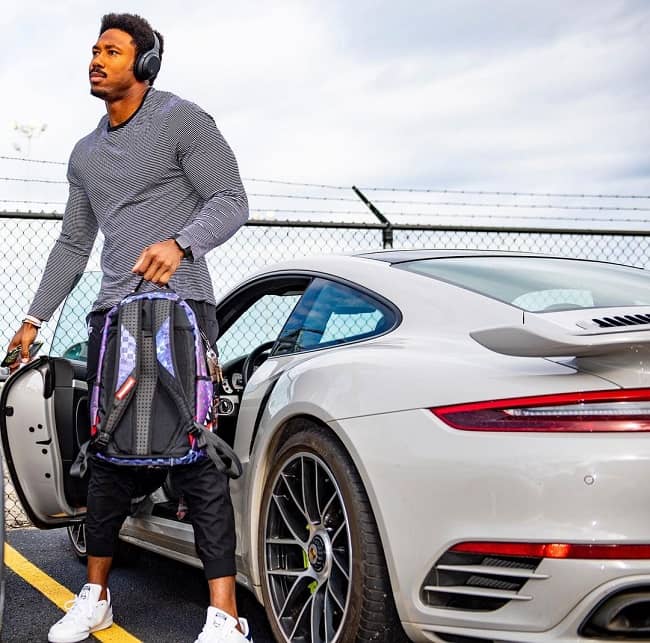 Myles has made a decent amount of money throughout his career. As of the online resources, he has an estimated net worth of $12 million US dollars, He earned this wealth from his football career.