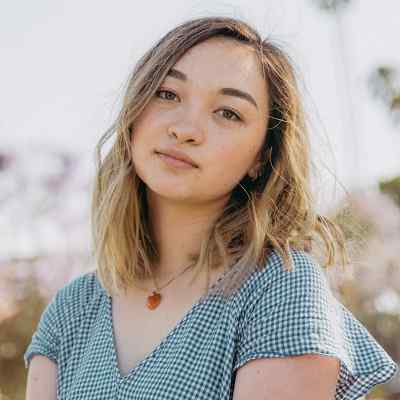 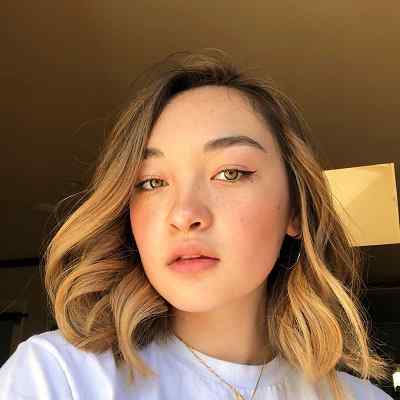 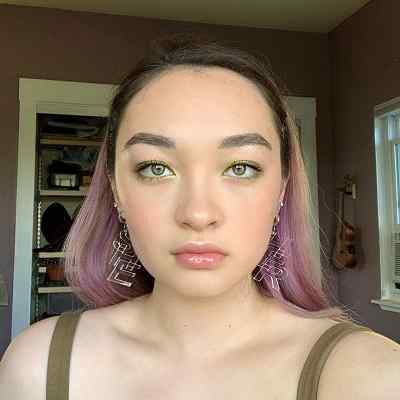 mxmtoon is an  American artist and YouTube personality who is famous for her Mxmtoon channel and its content.mxmtoon has gained popularity there for her original songs.

mxmtoon’s age is 21 years old. She was born on July 9, 2000, in Oakland, California, under the astrological sign of Cancer. Similarly, she grew up near Lake Merritt.  Her birth name is Maia.

She holds an American nationality and she is of mixed ethnicity. Likewise, her mother is of Chinese-American descent and her father is of German-Scottish descent. However, her parent’s names are not available on the web. 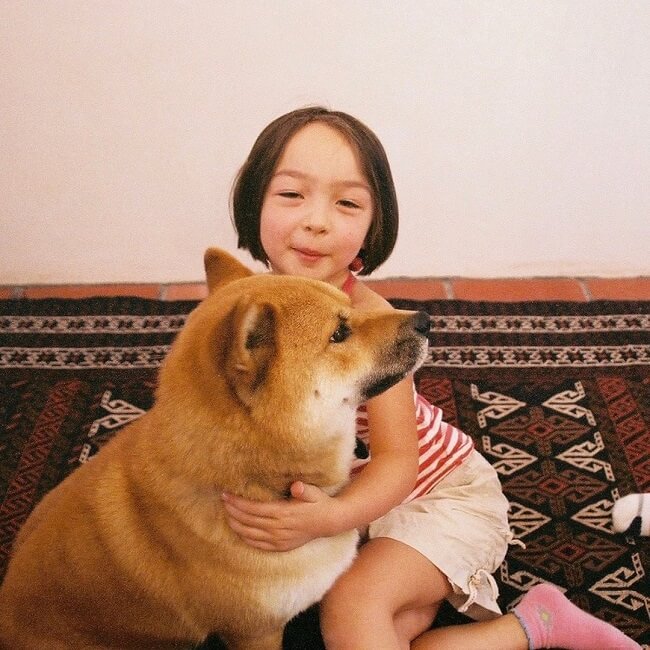 Caption: mxmtoon on her childhood photo captured along with her dog (Source: Instagram)

She defines herself as “Hapa”, as she grew up culturally Chinese. While her school days, she enjoyed taking art and architecture classes. She started developing an interest in music from a young age. She also has a brother who took violin lessons, and in first grade, she joined him.

After a year, she started playing classical cello and trumpet. During her fifth grade, she auditioned for her school rock band. She was recommended to sing Oasis’s “Wonderwall”, and completed joining as a vocalist where she reassembles singing “The Middle” by Jimmy Eat World.

In sixth grade, she started learning guitar in part from her father. Similarly, she first coined the name “mxmtoon” on her Instagram account where she attracted cartoon sketches for her 500 followers, most of whom were unknown to her. She began her YouTube channel and started playing the ukulele in middle school. She even wrote her first song at age 13.

Moving toward her educational background, she graduated high school in June 2018.

Professionally, Mxmtoon is an American pop singer-songwriter, musician, YouTube star, as well as social media personality. She started gaining fame for her original music, travel vlogs, and personal entries. A native Californian got training in the violin, cello, trumpet, and guitar during her school days. Similarly,  she began playing the ukulele in her middle school.

She decided to be a singer after getting motivation from a friend’s inspiring words, Initially, she tried to write songs with a comedic undertone. However, she turned writing songs with genuine and vulnerable feelings.  And she started composing songs about love, loss, despair, and adolescent desire.

She had made a lot of covers at the beginning of her career like many other aspiring singers. Including of ‘Sunday Morning’ by Maroon 5, ‘Hey Mami’ by Sylvan Esso, ‘Youth’ by Daughter, ‘Come Back Home’ by 2NE1, ‘Too Dark’ by Frankie Cosmos, ‘Good Little Girl’ by Adventure Time’ (Ft. Donald Glover and Madeleine Martin), and ‘Worldstar Money (Interlude)’ by Joji. Similarly, she even co-wrote a song named ‘Fantasy’ with Alina Baraz. Released on June 16, 2016, Alina Baraz recorded the song with Galimatias.

One of her first original songs is the 2017 release ‘The Sideline’. After uploading a demo called ‘Something’, which later turned into ‘Feelings Are Fatal.’ It originally released on July 27, 2017, and became a massive success, having been streamed millions of times on Spotify. Likewise, it reached nearly 40 million streams on Spotify by June 2019. It is one of her early successful singles after which she came to the realization that she could do anything she wanted.

In the same year, she released original songs like ‘Life Online’, ‘Late Nights Are for Lonely People’, ‘1-800-DATEME’, ‘We Used to Talk Every Night’, ‘Something’, ‘Please Don’t’, ‘Hong Kong’, ‘Cliché’, ‘Lil Bamboo’, ‘Stuck’, and ‘Birdie’. Her music has not only drawn the attention of the public but also her fellow musicians. Moroever, she got the opportunity to served as a featured artist on several tracks, including ‘Falling For U’ by Peachy! and ‘So Mean’ by Afternoon.

Through her music, she wishes to make her listeners feel less alone. In August 2018, she appeared at the first live event of her career at the Moroccan Lounge in Los Angeles, California. On December 7, 2018, she released her first EP, ‘Plum Blossom’, through House Arrest Records. It consists of seven songs, ‘Cliché’, ‘Feelings Are Fatal’, ‘Porcelain’, ‘I Feel Like Chet’, ‘The Idea of You’, ‘I Miss You’, and ‘Temporary Nothing’. 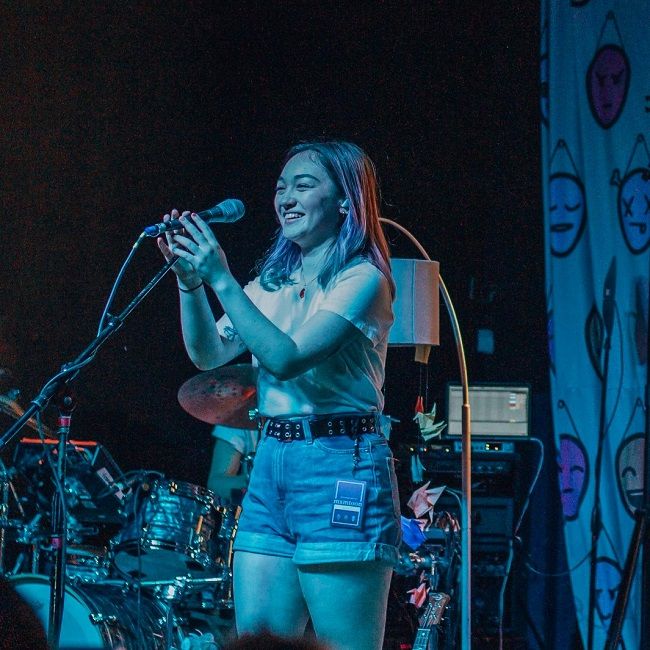 In March 2019, she boarded on a five-city tour to promote the EP. She has a serious anxiety problem. So, she along with her team was unsure about how she would react to the extreme pressure that artists generally have to endure while touring. Conclusively, she ended up doing quite well, and it became successful. In September 2019, she commenced going on the second tour of her career, the Masquerade Tour, during which she performed all over the US, as well as in Europe.

She released her debut studio album the masquerade on September 17, 2019. The album topped at 17 on the US Heatseekers chart and at 45 on the US Indie Albums Chart. It comprised “prom dress”, a “light and peachy tune”. It has streamed over 30 million times on Spotify and has been used in 100,000 videos on TikTok.

In addition, she released her first graphic novel “The Adventures Of Mxmtoon: The Masquerade” in October 2019. In November 2019, she made an announcement through Twitter that she would be joining American singer-songwriter Lauv for his 2020 summer tour of Asia supporting his album how i’m feeling.

Kobalt Music Group announced on November 19, 2019, that they would be endorsing her to their label under a global publishing deal. Thi contract includes administration and creative support for the current music catalog and future works.

In November 2019, Dork included Maia on their Hype List of 2020, alongside names like the girl in red, Beabadoobee, and Maisie Peters. Furthermore, she released her first single of 2020, “Fever Dream” in January 2020.

Reflecting on Maia’s relationship status, she is probably single. However, on January 4, 2019, she tweeted “relationship status: single for life but will actively complain about it despite definitely not wanting to be in a relationship.” She identifies her self as “a young bisexual woman of color from a family of immigrants.” But as of now she is single and is ready to get mingle. 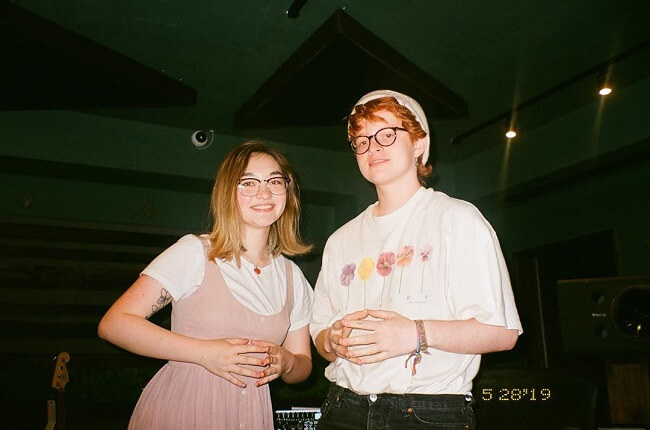 Maia stands a good height of 5 feet 3 inches tall. She looks beautiful and has an attractive unique personality. Likewise, she has a beautiful pair of green eyes and has shoulder-length brown hair. Moreover, her information regarding body structure like weight, dress size, hip size, etc, all are not available.

Moving on, Maia’s net worth estimation is approximately $1 million – $ 5 million. She also earned a decent amount of money from being available on different social media platforms. She might even make a good fortune through musical tours, partnerships, brand endorsements.