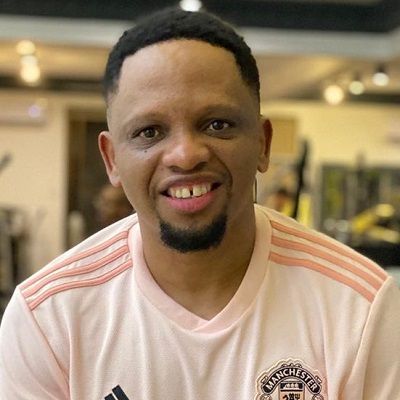 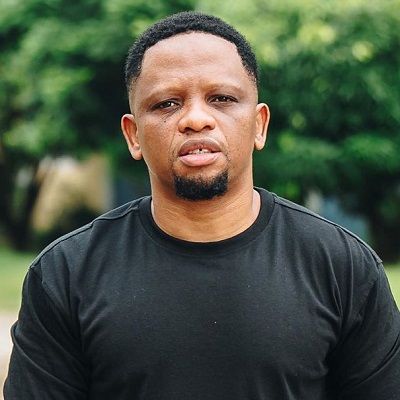 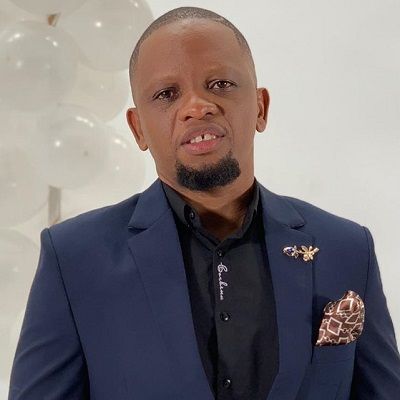 Mwana FA is Tanzania’s brightest Bongo Flava artist commandeering the Hip Hop genre with a string of hits under his belt. Mwana FA is well known for his popular songs including Unanijua Unanisikia, We Endelea Tu, Asanteni Kwa Kuja, and Yalaiti.

Rapper Mwana FA has confirmed that he tested positive for the COVID-19, immediately after he arrived from a business trip in South Africa. He becomes the second high-profile name in Tanzania’s celebrity and entertainment circles to test positive after Diamond’s manager Sallam SK who is also under quarantine.

The former East Coast crew rapper posted a short video showing him in self-isolation at a place yet to be named saying that despite having experienced high temperatures he is now feeling well and cooperating with the authorities. He said:

“I am recording this video not to spread panic but to tell the public that coronavirus is real but it is treatable. My call is that we should observe the hygiene guidelines as issued by the authorities so that we protect one another”

“This virus if your immune system is well leaves the body within seven to 10 days.” 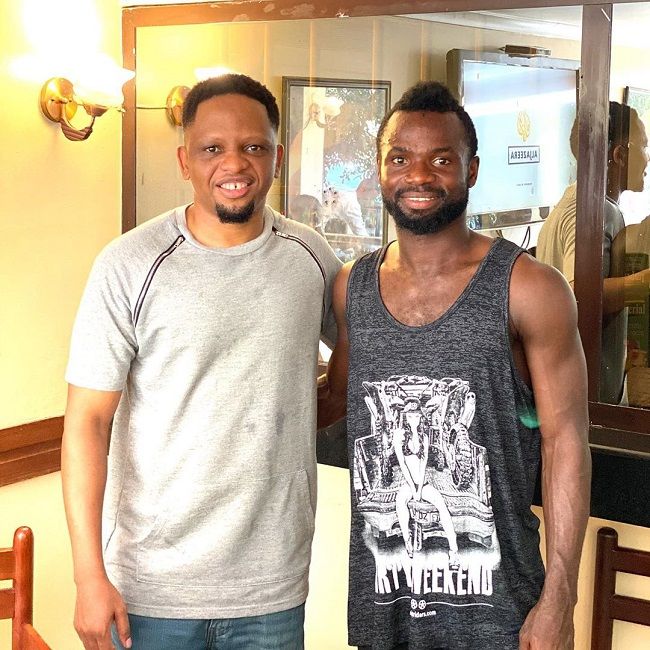 Caption: Mwana FA and his friend updated their condition due to coronavirus. Source: Instagram

In an Instagram post in the Swahili language, Mwana FA said: “I’ve decided to record this video message to tell you that this disease is real!”. He appealed to them to follow expert advice on washing hands and keeping a social distance from others and not to panic if they caught the virus. Mwana FA signed off with the plea: “Let’s take care of each other.”

Moreover, the manager of Diamond Platinumz, another one of Tanzania’s big music stars, has also revealed that he has been diagnosed with coronavirus. Known as Sallam, he assured his one million followers on Instagram that he was doing well. “Be safe everyone out there. This too will pass,” he said.

Mwana FA was born Hamis Mwinjuma and is also known as MwanaFalsafa. There are no details about his date of birth. He likes to keep his matters away from the public eye making it difficult to know his age. Hence, there is no information regarding his family background.

He started at Mdote Primary School in Muheza. He later joined the Dar es Salaam Institute of Technology (DIT), where he studied for four months before quitting to pursue A-level studies at Ununio Islamic High School, where he majored in Physics, Chemistry, and Mathematics.

Despite being in the entertainment industry, Mwana FA has a vast knowledge of other industries considering that he has been well educated. He holds a Master’s of Science in Finance from the Institute of Finance Management. He enrolled at the institute in October 2004 and later graduated in June 2007 with specialized skills in Risk Management.

Before that, he was doing Insurance studies at the same Institute. He enrolled in October 2003 and graduated in May 2004 with Advanced Diploma in Insurance. In addition, Mwana FA has a Certificate in Information Technology. He has also studied at Coventry in the UK graduating with a Master’s Degree in Finance.

MwanaFalsafa developed a passion for music at a young age while at school in the Tanga region, Tanzania, Africa. His early influence while in primary school was the Quite Gangster Chronic made up of his cousin, China Black, and Kasir.

In 1995, the artist formed a group known as Black Skin. It was composed of his school friends including Robby Ras and Generics. In the 1996 Tanga Hip-Hop competition, the group won the third prize. In 1998 MwanaFA returned to Dar es Salaam to complete his high school education while still concentrating on his music career.

He has envisioned the importance of utilizing the knowledge he has amassed during his quest for education in building a corporate brand around his name and using the same as a marketing tool for corporates in Tanzania working to build a positive image for their products.

In the year 2000 Mwana released a couple of hits which include “Ingekuwa Vipi?” and “Mabini”. His track, “Alikufa Kwa Ngoma” won him the Best Hip-Hop song of the year in 2003 at the Kili Music Awards in Dar. Maua Sama and Mwanafalsafa released a duet titled ‘Hata Sielewi’ in 2017, which is available for streaming on YouTube. They also have another song together known as So Crazy II. 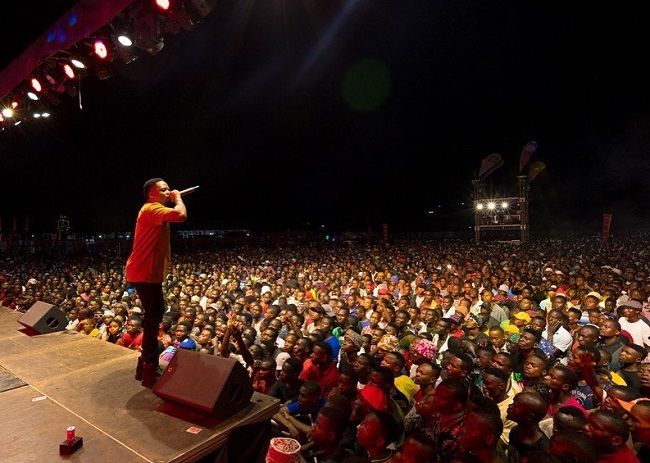 Caption: Mwana FA while performing on the stage. Source: Instagram

Hamis Mwinjuma visualizes himself as a trendsetter and an agent for change working towards a better Tanzania. It’s by using music as a medium of transformation. As a learned artist, MwanaFA also sees himself as an Ambassador of Hope to youths of Tanzania inspiring them to do honest work to achieve their potential and be productive members of the community.

As an artist, MwanaFA boasts a large fan base right across Tanzania because through his music he sends a message relating to the ordinary everyday lives of Tanzanians from all walks of life. Some of these relevant hits include Ingekuwa Vipi, Alikufa Kwa Ngoma, ‘Msiache Kuongea, Bado Nipo Nipo, Yalaiti, and Ameen. MwanaFA has proved that not only is he the best Bongo Flava musician in Tanzania, but he is also a role model for the ordinary man in the street.

As part of reaching out to the community of Tanzania and bringing about change, MwanaFATM has embarked on a mission to help those who are blessed with less by giving them the olive branch and steering them on the right path through education; formal or vocational.

Binamu Initiative Project is going to target street children in Tanzania (Dar es Salaam being our pilot city). Binamu Initiative will work with the target group by educating them. Also, training them so that they can be productive members of the community. The project shall also strive to find permanent settlements for street children in Tanzania.

Why is he unique?

MwanaFA often sources his inspiration from reading and movies and has a unique style which includes both Hip-Hop music and instrumental with a rap added plus, he has a wonderful way with words which he combines with powerful imagery. That is why he is called MwanaFA – translated, the name means philosopher in Swahili. Indeed, there is no limit to this talented artist who wants to demonstrate how, through his art medium, how he would love to encourage motivation amongst the youth of Tanzania.

Mwana FA is married to Helga Mwinjuma. The couple tied the knot in 2016 at a private wedding attended by only close friends and family only. It is not known whether the duo shares any children or not. But, as seen in his Instagram posts, it seems like they have two daughters. The family resides in Dar es Salaam, Tanzania. There are no more details regarding his love life.

Mwana appears to be quite tall in person as seen in his photos. However, details regarding his actual height and other body measurements are currently unavailable. He has a great personality indeed. Moreover, he has black hair and dark brown eyes. 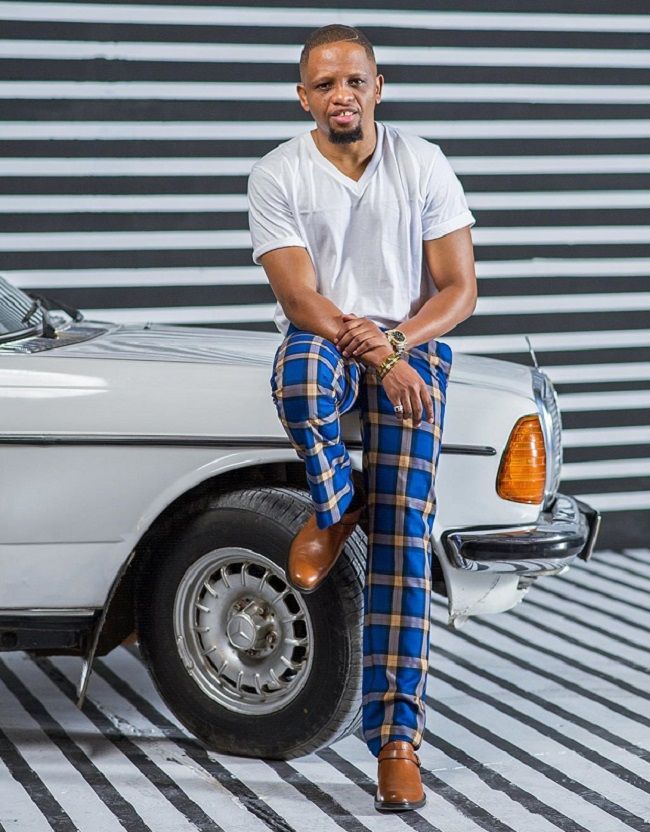 He is active on different social media platforms. Mwana has gained over 527K followers on his ‘@MwanaFA’ Twitter account. He is active on Instagram under the username ‘you’re dying’ and has earned more than 3.8 million followers. Similarly, his YouTube channel ‘MwanaFA’ has amassed over 67.2K subscribers. He is also available on Facebook with more than 786K followers. His social media accounts are all verified accounts.

Mwana FA has been in the entertainment industry for quite a long time. He might have amassed a huge fortune with the bulk of his wealth. His wealth comes from his professional hip-hop music career. Despite his obvious riches, MwanaFalsafa prefers to lead a modest lifestyle. However, his earnings, salary, and net worth remain unknown.