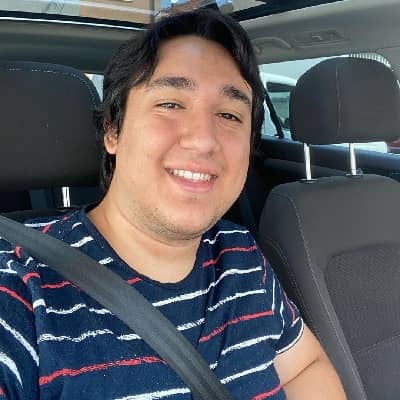 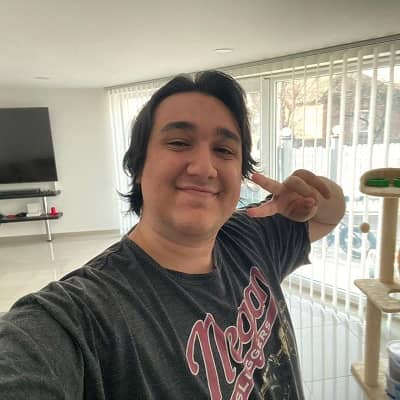 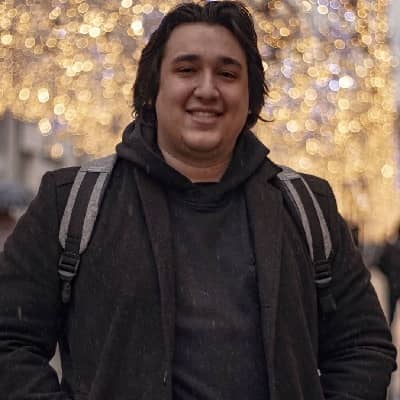 Mudja is a Serbian YouTube gamer who has found success as a comedy commentator on media. Mudja features games such as Pro Evolution Soccer, Grand Theft Auto, and more on his channel.

Mudja real name is Stefan Vuksanovic and he is from Pozarevac, Serbia. He was born on 4th September 1998 and ages 23 years old as of 2022. His father’s name is Sale Vuksanovic, is an interior designer, and he regularly makes an appearance in Mudja’s videos. Moreover, his mother’s name is Vesna Vuksanovic.

As a child, he lived a very rough life. He comes from a very poor family, which barely had enough money for survival. Sasha tried multiple times to get any kind of social help for them, but no one helped the family. Sasha was the only one who was working hard for having any kind of existence for the family. 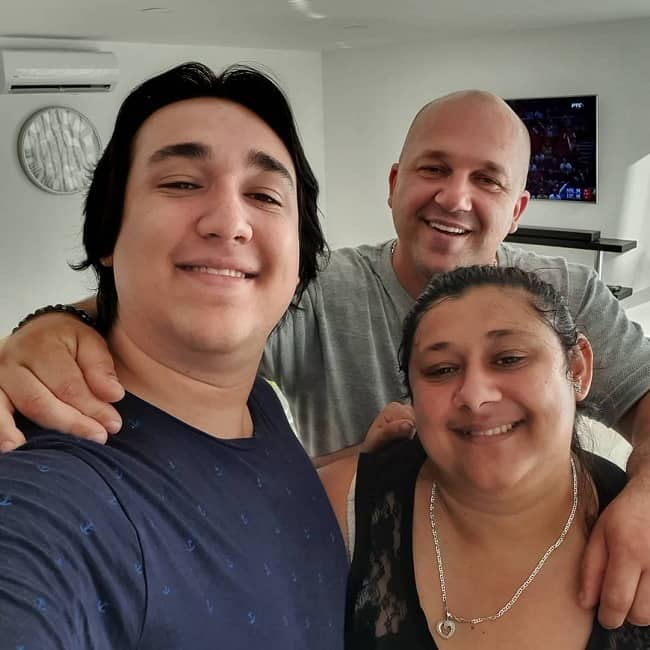 Caption: Mudja clicking a photo with his mother and father. Source: Instagram

Since he was a child, he had a lot of interests in video games, drawing, and beat-boxing. He didn’t have problems with school, and he did have friends in it. Although he barely had any contact with his father at that time, because the father would have worked for a very long time. Further, Stefan got his nickname Mudja, because of his grandpa, which had the same nickname.

Although Stefan didn’t enjoy the nickname because his friends would constantly call him Mudja, he wanted to be called by his real name. Future on, he accepted the fate of being called Mudra. After he finished primary school, he was supposed to go to high school, but Stefan had started his YouTube career at that time which was difficult for him to do both sides.

Stefan did go to high school, but had a lot of issues in it, so his father ended up removing Stefan from high school, and Stefan started focusing as much as he can on his YouTube carrier. Although, Stefan started part-time schooling which he finished. During this period, Stefan and his family were living very poorly, to the point of not having money for casual stuff. They couldn’t even pay the bills. 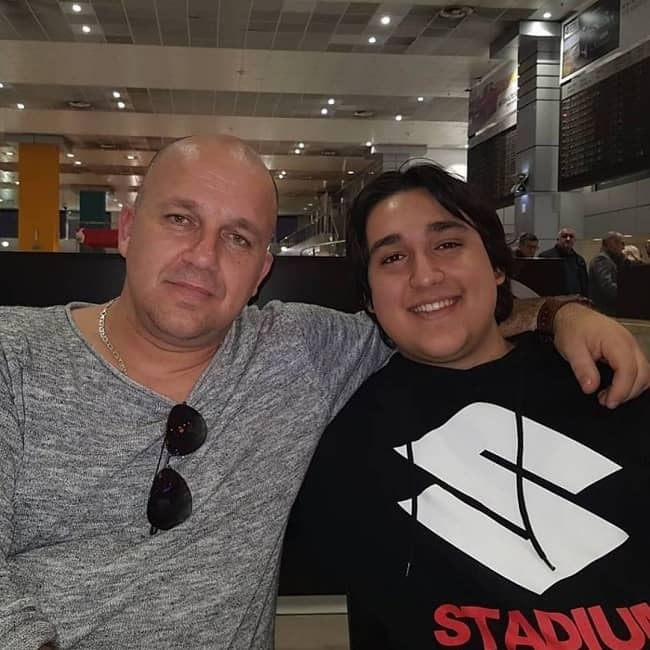 Caption: Mudja clicking a photo with his dad. Source: Instagram

Mudja started his channel on September 29, 2013, named ‘SRBGamer’ and later he changed the channel name to ‘SuperSRBGamer’. After that, in a video titled ‘VAŽNO OBAVEŠTENJE!’, he states that the name of the channel will be renamed ‘Mudja’, the reason that already some channels have the same name as its name. Also, he states that the name Mudja is his nickname, which is unique, and no one can use it.

Soon in 2014, his two videos went on viral. And, after that, his father starts playing PES with him in his videos. His videos with his dad became big with over 100K+ Views. Stefan was later invited to a meeting with other popular Serbian YouTubers mostly known as Srpski Tutorijali, SerbianGamesBL, FullTV, KovalskA, Yasserstain, and PCAXE, Mudja then become a lot known.

He collaborated with his father Sasha Vuksanovic also known as Cale in a lot of videos. The two played various video games together. They are most notable for playing PUBG and GTA together. Moreover, he received his silver play button from YouTube in May of 2015.

On November 7th, 2017, he finally became the first Serbian YouTube star that got the Golden Play Button. In 2018, he created his own “Serbian” meme review. His fans send him various memes for him to see and comment on them. He also confirms that the Meme review was copied from PewDiePie. 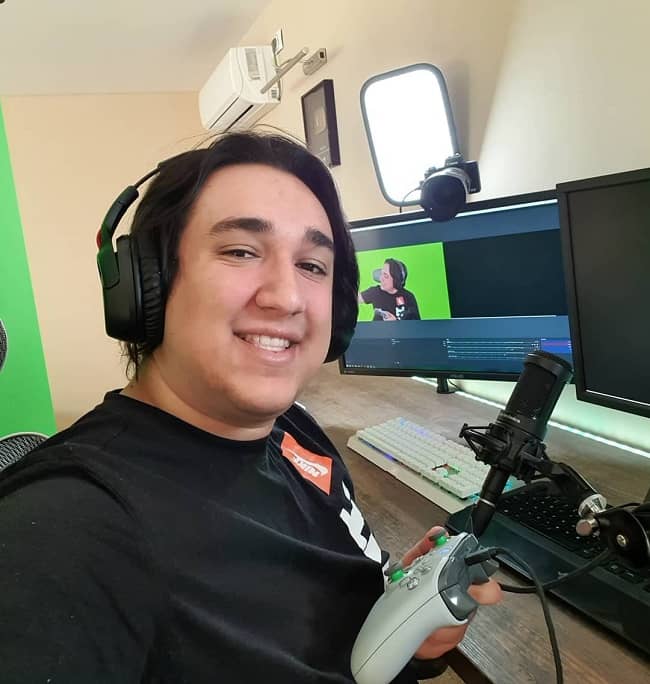 He is very known for playing indie horror games, which they have chosen himself. Therefore, his videos are special, because they combine fear and laughter. He started playing a lot of GTA with his father. The two played mainly GTA races and GTA missions. He and his father became iconic in Serbia for always getting angry over GTA races.

In the years 2018 and 2019, Stefan started playing a lot of Fortnite, PUBG, and Zula, which he recorded on his channel. Similarly, most of the recorded footage is mainly live streams of Stefan playing the games. He also started Meme-Reviews, where he would react to memes that his fan-made on Discord.

Additionally, he also made Reddit Reactions, where Stefan would go on to Reddit and react to various interesting stuff. Stefan also reviewed that he has potential for magic and that he has been practicing magic tricks for a while.

Furthermore, he along with his father, and another YouTuber known as Santee, is running the biggest Balkan Discord server known as ‘BALKAN KINGS’. On the server, Stefan can communicate with his fans by messages and by speaking voice to voice. Various rooms on the server exist for photos, memes, video games, chatting, music, and many more. 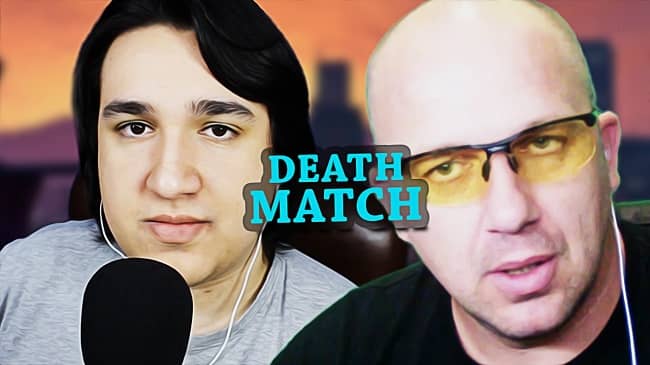 Stefan is currently in a relationship with a fellow YouTuber, Jana Davis. She mostly blogs about fashion and beauty. The Mudja is open about their relationship and constantly posts his romantic photographs with Jana. They share a great bond and enjoy their time together. However, the duo has a strong connection and is happy being together. 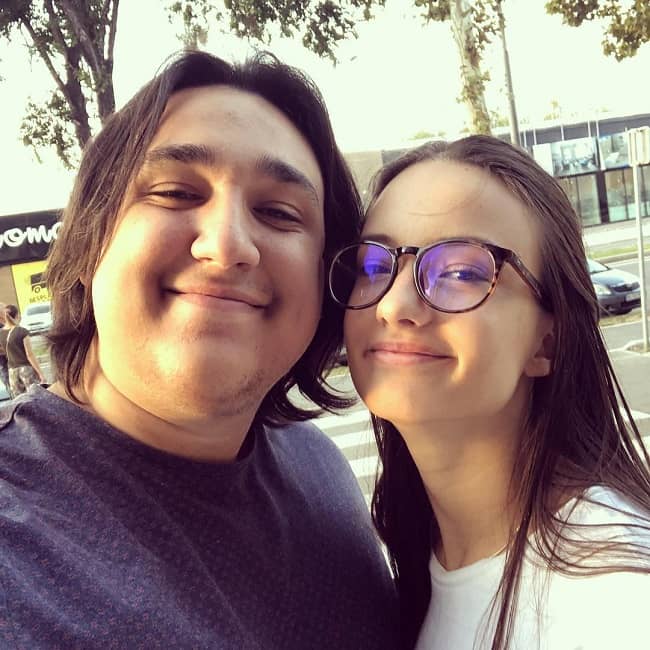 Caption: Mudja and his girlfriend clicking a selfie. Source: Instagram

Stefan has maintained a healthy and fit body status. Mudja has a fine body physique. There is no information regarding his body measurements including his height, weight, chest-waist-hip, dress size, shoe size, etc. Moreover, he has dark brown hair and a pair of brown eyes.

This successful and amazing YouTube gamer has earned a great amount of money throughout his career. As of 2020, he has a net worth of around $2.2 million. He surely will pocket more currencies as the growth of opportunities.