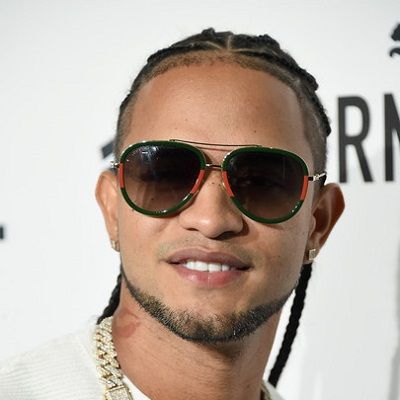 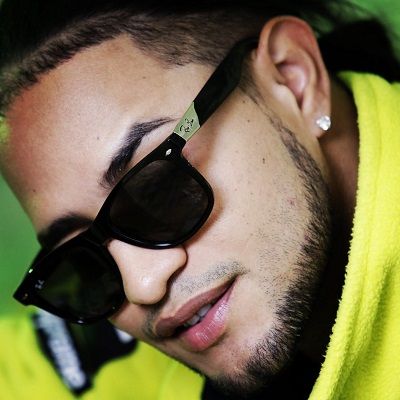 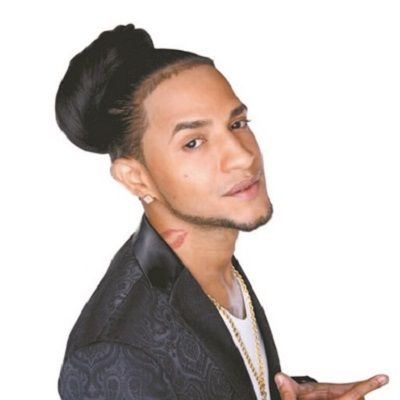 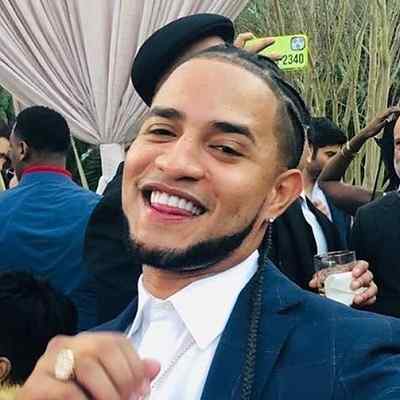 Mozart La Para is a Dominican rapper, singer, and actor. Mozart La Para started gaining fame since the early 2000s and signed with an American label Roc Nation, becoming the first artist to sign in that label’s Latin division. He also appeared in movies like “Pueto pa ‘mi” and “Los Paracaidistas” among others.

Mozart La Para was born on 31 January 1988 and his current age is 32 years. He is originally from Los Mina, Santo Domingo, Dominican Republic, and his full name is Erickson Fernández. He is his stage name. Later, he moved to Admiral. In the year 2002, he began recording songs using the money he received to go to school.

His stage name comes from two words: “Mozart” for composing different exponents at the beginning of his musical career, whereas “La Para” for the fear that his opponents had when doing a Free-Style, face to face. Furthermore, his zodiac is Aquarius, his nationality is Dominican, and he has Spanish ancestry. 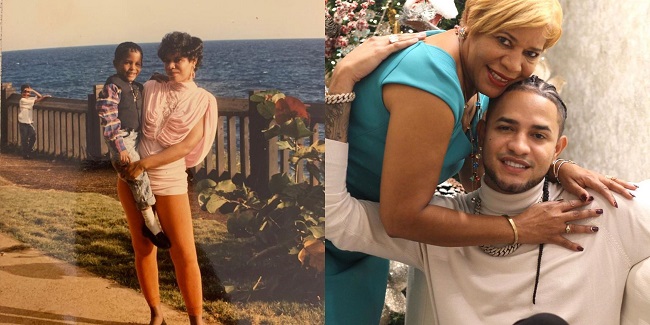 Caption: Mozart La Para in a past and present photo with his mother. Source: Instagram

Talking about his career and professional life, Mozart La Para is a well known Dominican rapper. He rose to fame following the success of singles like Si Te Puego Cuerno, Mami Yo Quisiera, and Pom Pom Pom. The rapper has also been a featured artist on tracks by a number of popular artists like Shadow Blow and Sharlene Taule.

Moreover, during his first tour of the United States, he performed in front of 20,000 people as a special guest with renowned bachata group Aventura at the Izod Center in New Jersey. Also, his collaboration with singer Farruko titled Si Te Puego Cuerno became a smash hit in the year 2011. Additionally, he gained further fame in 2009 after doing a concert tour throughout the European continent.

Similarly, he began his artistic career at the young age of 19, after doing free-style for several years. Then in the year 2002, he made his first recordings with the money he received for his schooling. By 2007, his style, musical quality, and immense talent led him to become a star of Dominican Rap.

The rapper grew up on the outskirts of Santa Domingo in the Dominican Republic. He grew up on a diet of classic Reggae en Español and by the age of 12, he had already developed a knack for freestyling. Taking the skills he’d established, he entered local freestyle battles and eventually became a regular finalist in the Batalla de los Gallos.

While most of his contemporaries were embracing dembow and tropical pop, La Para continued to develop his Latin hip-hop sound. He released a number of singles in 2013 including Mi Angelito Favorito and En Para Everybody. Then in the following year, he dropped more tracks. It also includes the Billboard tropical-charting Pa’ Gozar. Although his profile had exploded within the Latin music world, he started to make waves in the U.S. the following year with more Billboard-charting releases.

By the year 2016, he released the movie Pueto Pa’ Mi. It was based on his life and he also dropped the trap-influenced single Primero Que Kanye. It caught the attention of Roc Nation’s Romeo Santos. Hence, he signed La Para to the label’s Latin division in the same year. Moreover, his first release for the label is Fiesta y Vacilón. It appeared at the beginning of the year 2017 with the follow-up, El Orden. It came a few months later. 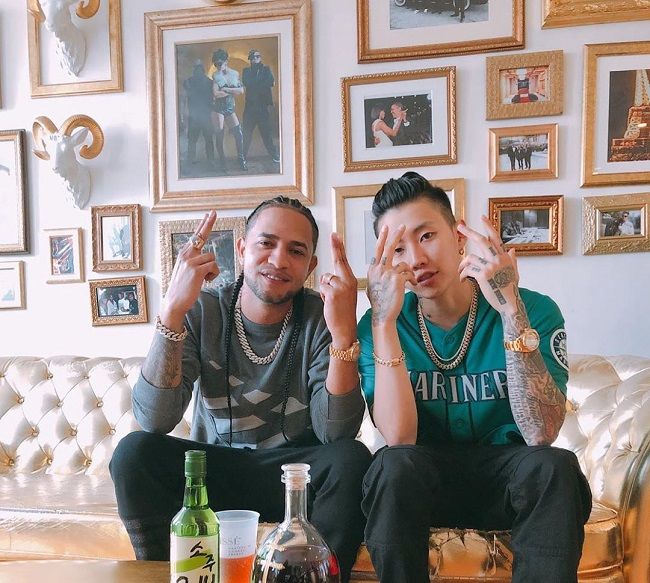 In the year 2009, he announced a concert tour that expanded to the European continent. It lasted for three months. This tour managed to exhaust the agenda with more than 30 activities. Months after his successful European tour, he arrived in the United States. Here, he performed more than 45 activities in only two months. On his tour of the United States, he appeared as a special guest with the group Aventura at the “Izod Center” in front of over 20,000 people.

After one week of his successful tour of the USA, he then traveled to Colombia for a promotional tour. He became the first Dominican rapper to set foot on Colombian soil. He also attended a total of three times in Colombia to the cities Cali, Buenaventura, and Cartagena. He has received unconditional support from his followers from Colombia.

Later, without any break, he released the single “SI te pego cuerno” with Farruko. It features a successful video that Jhonny Rose produced. Moreover, he released I Wanna Get Fly in 2013, which came in the 25th position in the US Tropical. Then in 2014, he received Premio La Silla awards by La Silla.

Then in the year 2015, he released Pueto pa ‘mi, a movie based on his life, and Los Paracaidistas. The same year, he also collaborated on the single “Llegan los montros men” with Shelow Shaq.

The following year, i.e. 2016, he managed to sign a contract with Roc Nation. He became the first artist to sign in that label’s Latin division. At the same time, he also released the single titled “Toy enamorado” in collaboration with Sharlene and Nacho.

Additionally, in 2017, he released the single Bye Bye. For this, he collaborated with Liro Shaq and Chimbala. Similarly, this single reached millions of views on YouTube and also debuted on various local and international radios. Later in the year 2018, he released the single Mujeres in collaboration with Justin Quiles. This single also features a remix version of the song with Farruko, Jowel, and Randy. Mujeres peaked at #3 on “Productores de Música de España chart” whereas Toy Enamorao charted at #1 on “Tropical Songs”.

His musical journey continues with the release of a series of singles like Karma, I loved you, Papa Candelo, and They are bad. With his music, he achieved great international repercussions in addition to obtaining millions of views on YouTube.

In 2020, he featured in a short video titled Tainy, Sean Paul, Mozart La Para & Cazzu: Lento. He also appeared in El cumple de La Para. He then released his next single Soy calle gaining immense attention from his fans. Prior to this, in 2019, he featured in another movie titled La Maravilla.

Talking about the rapper’s relationship status, Mozart La Para is in a romantic relationship with a Dominican actress named Dalissa Alegria.

Previously, he was married to Alexandra Hatch, and together they have a daughter named Charlotte. Alexandra is a Romanian-Italian real estate businesswoman and their daughter was born in the year 2013. The couple announced on March 26, 2019, after 10 years of marriage, that they were getting divorced. 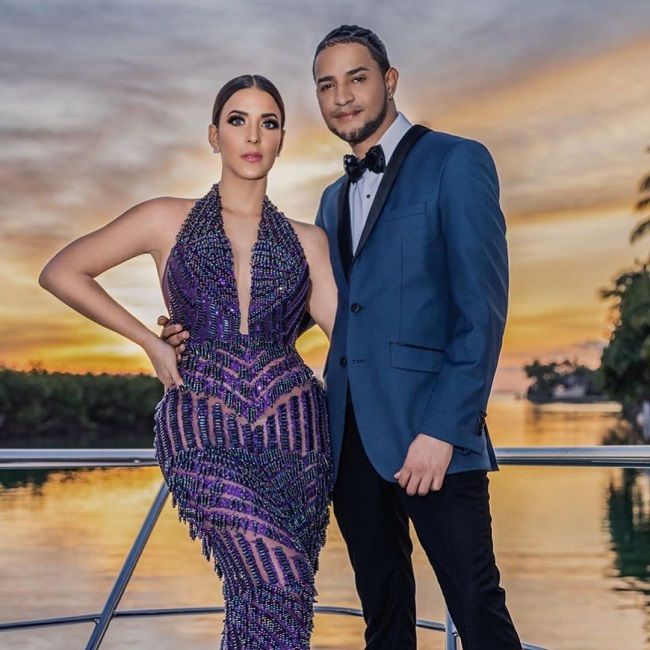 Discussing his body measurement stats, he stands at an approximate height of 5’9″ but his exact weight is unknown. Similarly, there is also exact information on his chest-waist-hip, biceps, dress size, shoe size, etc. Nevertheless, he has black hair and eyes of the same color.

Mozart La Para is very active on various social media platforms. He has 4.9 million followers and 309 posts on his Instagram handle as of April 2020. Similarly, he joined Twitter in December 2009 and so far has 580.8k followers. He is also available on Facebook with 2 million followers.

Moving on, his estimated net worth is around $4 million dollars. He earns approximately $21k to $208k as a singer, $8k to $128k through his primary Youtube channel, and $668 to $10.7k through his secondary Youtube channel. Moreover, he also earns as an actor and his earning is around $19k to $208k. Besides these, he also earns through his music tours. The cost of the ticket ranges from $302 or above for his concerts. The rapper also earns through Instagram posts that range at a five-digits number.