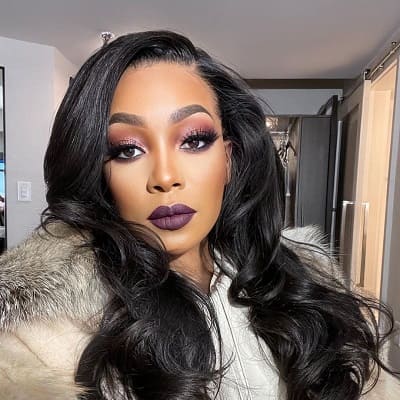 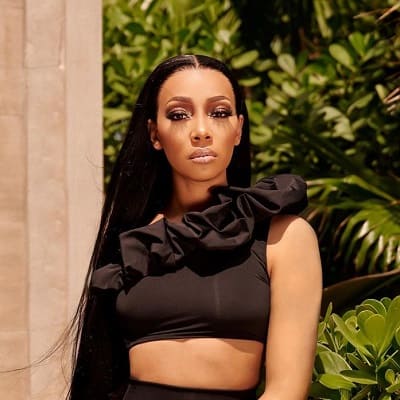 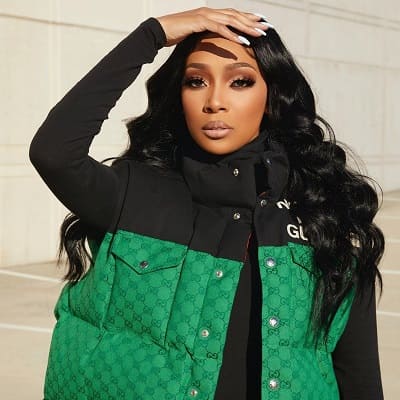 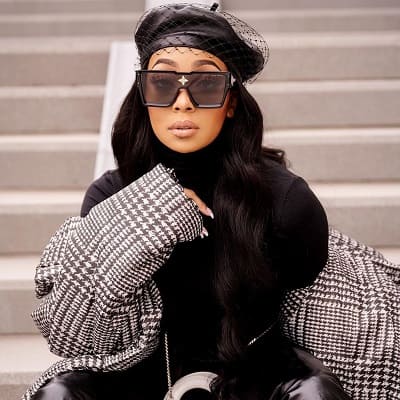 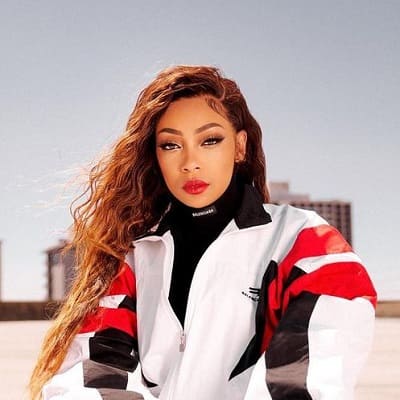 Monica is a multitalented American personality. Monica is best known as a singer, actress, and rapper. She is also the celebrity cousin of Polow da Don.

Monica was born on 24 October 1980 and she is currently 41 years old. She hails from College Park, Georgia, and her zodiac sign is Scorpio. Likewise, her full name is Monica Denise Arnold. Talking about her family, her mother is Marilyn Best, and her father is M.C. “Billy” Arnold Jr. Her mother is a Delta Air Lines customer service representative as well as a former church singer.

On the other hand, her father was a mechanic for an Atlanta freight company. Moreover, her mother is of African American descent whereas her father is an African-American with Indian and Irish ancestry. This personality has a younger brother named Montez. Also, she has a half-brother named Jermond Grant from her father’s side.

Her cousin is record producer Polow da Don. Likewise, Monica is related to rapper Ludacris. The singer and rapper are related to each other through Marilyn’s 2nd marriage to Reverend Edward Best. 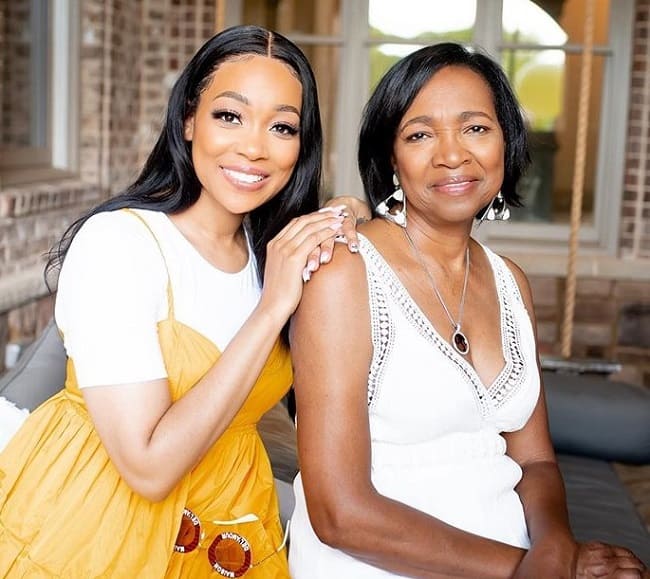 Caption: Monica posing for a photo with her mother. Source: Gossip Gist

Professionally, Monica is an actress, singer, and rapper. This personality started to perform as a child and became part of a traveling gospel choir at the young age of 10 years. After signing with Rowdy Records in 1993 and releasing her debut album Miss Thang in 1995, she gained prominence.

Some of her bestselling albums are The Boy Is Mine, After the Storm, The Makings of Me, and Still Standing. Some of this singer’s #1 hits include Before You Walk Out of My Life, The Boy Is Mine, Like This and Like That, Don’t Take It Personal (Just One of Dem Days), The First Night, Angel of Mine, So Gone, and Everything to Me.

She gained further fame as an actress by appearing in series like Living Single, Felicity, and American Dreams. She has also appeared in films like Boys and Girls, Love Song, and Pastor Brown. Likewise, this singer is a contributor to the NBC talent show The Voice. In 2008, Monica appeared in Monica: The Single. She appeared in Monica: Still Standing too. 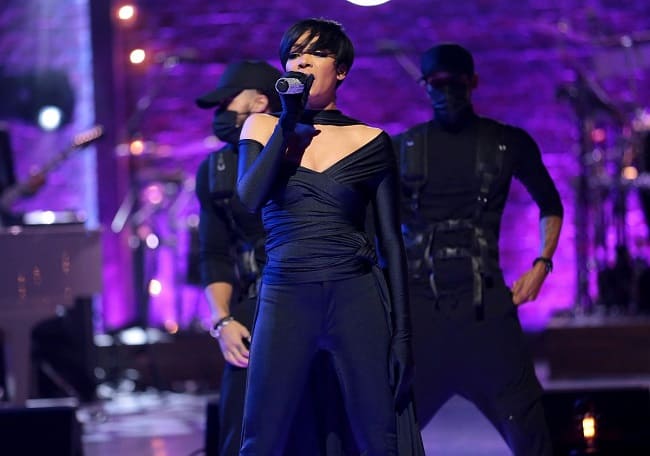 Caption: Monica during one of her performances. Source: Monica.com

Furthermore, this singer has sold 5.3 million albums in the USA and people also recognize her as one of the most successful urban R&B female vocalists who started her career in the mid to late 1990s. As per Billboard, Monica is the youngest recording act to ever have two consecutive chart-topping hits on the Billboard Top R&B Singles chart.

Moreover, Monica is also the 1st artist to top the US Billboard Hot R&B/Hip-Hop Songs chart over the span of 3 consecutive decades. In the year 2010, Billboard listed this singer as #24 on its list of the Top 50 R&B and Hip Hop Artists of the past 25 years.

Also, this singer is a 4-time nominee for the Grammy Award. As such, Monica won a Grammy Award for “Best R&B Performance by a Duo or Group with Vocals” for this singer’s contribution to The Boy Is Mine. She worked alongside Brandy on this project. The two singers won this award at the 41st awards ceremony. Likewise, Monica has also won one BET Award, one Billboard Music Award, and two BMI Pop Awards. 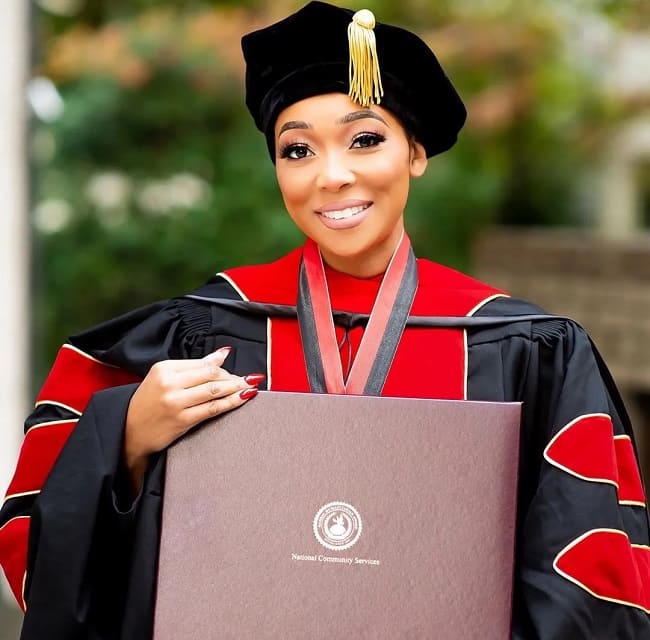 Monica dated Jarvis Weems who committed suicide by putting a gun to his own head in July 2000. Back then, Weems was with Monica at his brother’s gravesite and shot himself without warning. Until rapper C-Murder’s incarceration in 2003 for murder, he was dating Monica.

Then she dated rapper Rodney “Rocko” Hill. With Hill, she shares two children namely Rodney and Romelo Montez Hill. The couple welcomed Rodney aka “Rodneyy” – a SoundCloud rapper – on 21 May 2005. The couple actually broke up in 2004 and got back together after finding out about their pregnancy. The family then welcomed Romelo on 8 January 2008. Monica and Rodney Hill got engaged on Christmas Eve 2007 but appeared once again in early 2010.

In June 2010, the singer met NBA player Shannon Brown. In October of the same year, the two had their engagement. The singer shared this news through her Twitter account by sharing a photo of a rose-cut diamond ring. The lovers tied the knot on 22 November 2010 in a secret ceremony at their Los Angeles home. On 3 September 2013, the couple welcomed their child named Laiyah Shannon. After 8 years of marriage, the couple’s divorce was finalized in October 2019. 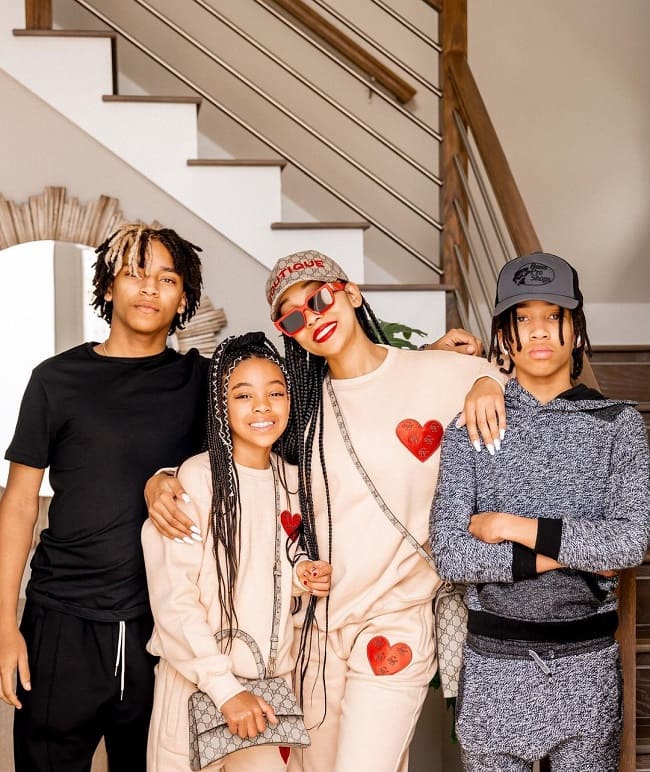 Caption: Monica posing for a photo with her children. Source: Instagram

Monica stands tall at an approximate height of 5 feet 8 inches or 172 cm and her weight is around 132 lbs or 60 Kg. She has a chest-waist-hip measurement of 34-25-35 inches respectively. Further, Monica has dark brown eyes and hair of the same color.