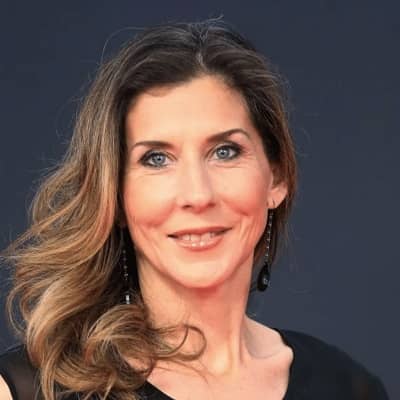 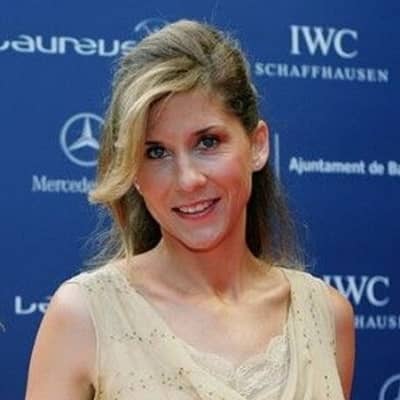 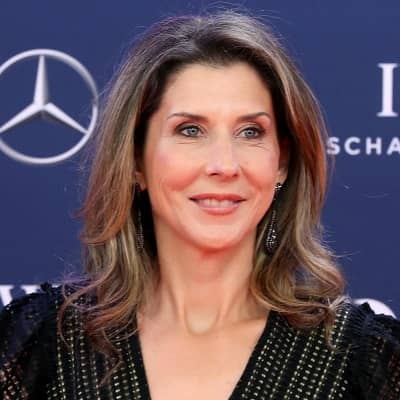 Monica Seles is a talented retired American tennis player. Monica Seles is famous for earning her eight out of nine Grand Slam titles before the age of 20 years.

Monica Seles was born on 2 December 1973 and she is currently 48 years old. She is originally from Novi Sad, SR Serbia, SFR Yugoslavia. She comes from an ethnic Hungarian family and her parents’ names are Ester and Karolj. Likewise, she has an elder brother named Zoltán. Born in Yugoslavia, this personality has dual citizenship in America and Hungary.

Seles became a naturalized American citizen in the year 1994 and became a Hungarian citizen in June 2007. Although born in Yugoslavia, she doesn’t hold the citizenship of her birth country. Moreover, Seles started playing tennis at the young age of 5 years and her father was her coach.

Her father was actually a professional cartoonist who worked at the Dnevnik and Magyar Szó newspapers. Moreover, her father drew her pictures to make her tennis more fun. Additionally, her father is also responsible for developing Seles’ two-handed style for both the forehand and backhand.

Later on, Jelena Genčić was Seles’ coach. In the year 1985, she was only 11 years old when Seles won the Junior Orange Bowl tournament in Miami, Florida. This caught the attention of tennis coach Nick Bollettieri.

Then in early 1986, this tennis player and her brother Zoltán moved from Yugoslavia to the United States. Coming to the USA, she attended the Nick Bollettieri Tennis Academy and trained for two years. Seles then continued to practice until March 1990. After 9 months of arriving at the Academy, her parents joined the siblings in Florida.

At the young age of 14, she played her 1st professional tournament as an amateur in the year 1988. A year after that, Seles turned professional on 13 February 1989. As such, this tennis player joined the professional tour full-time. She then won her 1st career title at Houston in May 1989.

In that game, Seles beat the soon-to-retire Chris Evert in the final. After a month of her win, this tennis player reached the semifinals of her 1st Grand Slam singles tournament. This was at the French Open but she lost to then-world #1 Steffi Graf. 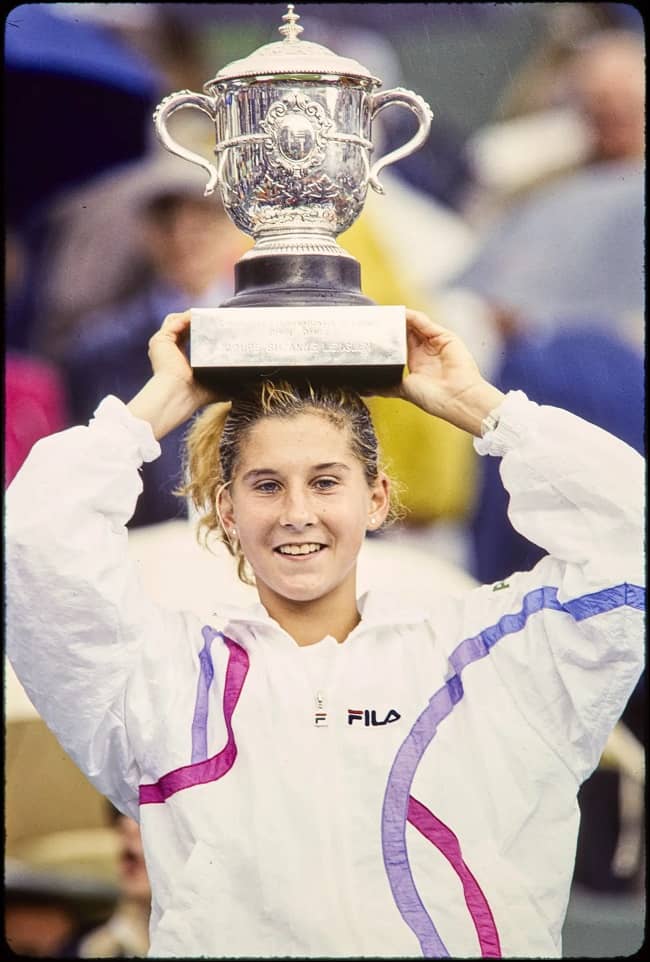 Caption: Monica Seles posing for a photo with her trophy at a young age. Source: International Tennis Hall of Fame

Professionally, Monica Seles is a retired tennis player. This tennis player has represented Yugoslavia and the United States in international tournaments. Seles is also famous for being a former world #1 who won 9 Grand Slam singles titles. Among the 9, 8 of her titles were as a teenager while representing Yugoslavia. On the other hand, her final Grand Slam title was while representing the United States.

However, this former athlete was the victim of an on-court attack on 30 April 1993. This happened when a man stabbed Seles in the back with a 9-inch (23 cm) long knife. As a result, this retired player didn’t return to tennis for more than 2 years. 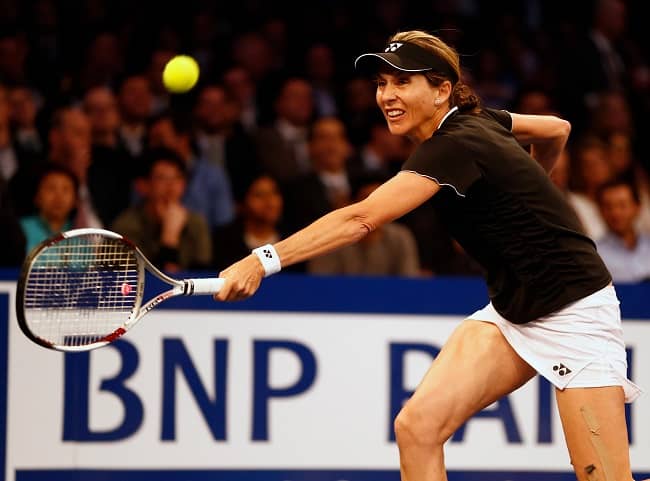 Caption: Monica Seles during one of her games. Source: Time

Seles enjoyed success after she rejoined the tour in the year 1995. It also includes her victory at the 1996 Australian Open. However, this retired tennis player was unable to consistently produce her best form. Her last professional match was at the 2003 French Open. But the player didn’t officially retire until February 2008.

Furthermore, Time named this retired tennis player as one of the “30 Legends of Women’s Tennis: Past, Present, and Future”. Additionally, in the year 2009, Seles was inducted into the International Tennis Hall of Fame. Moreover, many players and historians alike have stated that this retired player had the potential to become the most accomplished female player of all time if she was not stabbed.

On 21 April 2009, the retired tennis player released her memoir Getting A Grip: On My Body, My Mind, My Self. This memoir chronicles her life with depression and binge eating disorder (BED) following her stabbing. It also includes her life after her father’s cancer diagnosis and eventual death. Seles also wrote about her journey back to the game and her life beyond tennis.

Monica Seles is a happily married woman. Her husband’s name is Tom Golisano. Likewise, her husband is a famous entrepreneur, businessman, philanthropist, and author from the USA. Moreover, her husband is actually her senior by 32 years. The lovers started dating each other in the year 2009 and shared the news of their engagement on 5 June 2014. 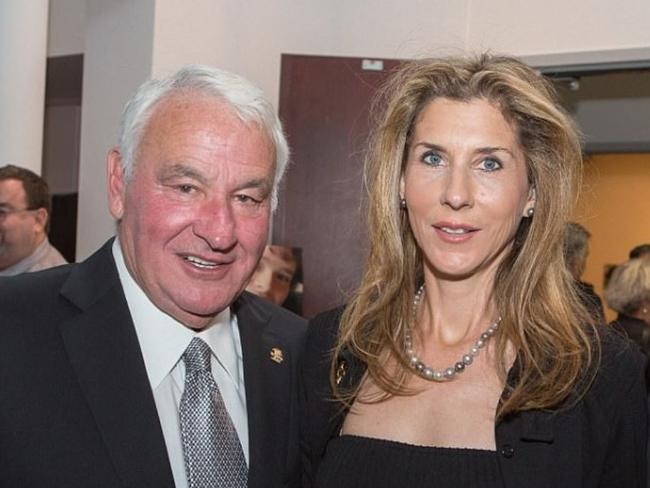 Caption: Monica Seles in a photo with her husband. Source: news.com.au

Monica Seles stands tall at an approximate height of 5 feet 10 inches or 1.78 meters. Similarly, the retired tennis player has a bodyweight of around 130 lbs or 59 kgs. The American former tennis player has hazel blue eyes and blonde hair color.

Monica Seles joined Twitter in April 2009 and so far has more than 32.3K followers on her @monicaseles10s account. Likewise, she is available on Instagram under the username @monicaseles10s. So far, this account has garnered more than 23.6k followers as of April 2022. Moving on, this former tennis player has a net worth of around $50 million US dollars.